As we had all our chores done , late on Sunday morning , spur of the moment , we decided to make the sixty mile run to the car show in North Conway New Hampshire . 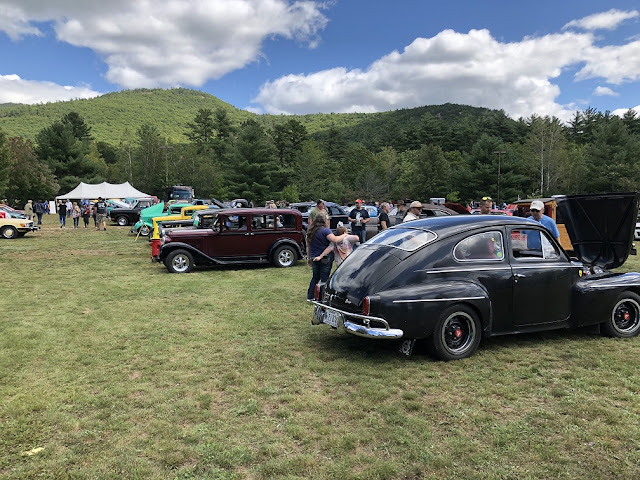 We got there at about half past noon , a bit late for the car judging , and burgers were eight dollars a piece , but there were some interesting cars to see . 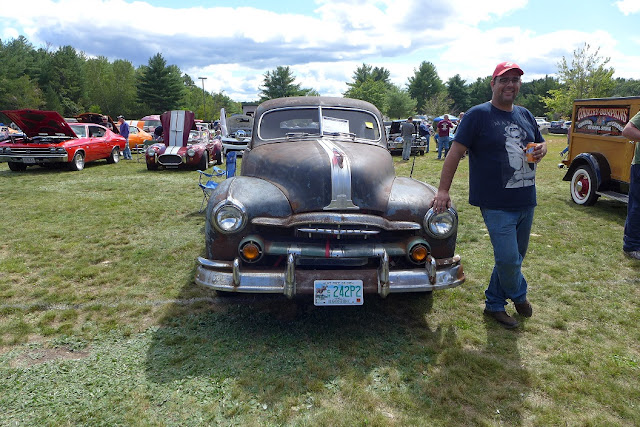 We parked across from this 1947 Pontiac Streamliner on a Montecarlo chassis . In styling it quite resembled our Volvo , only about half again as big . 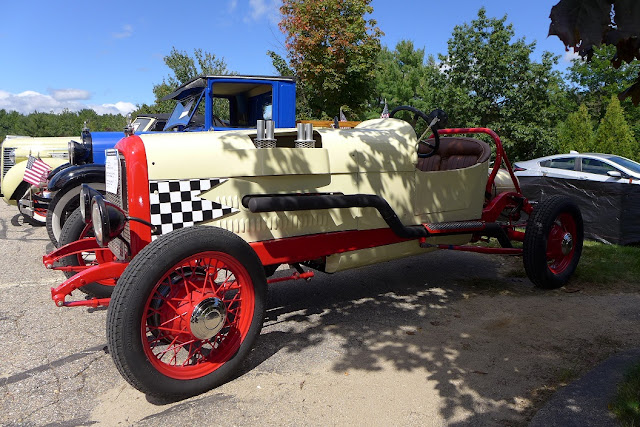 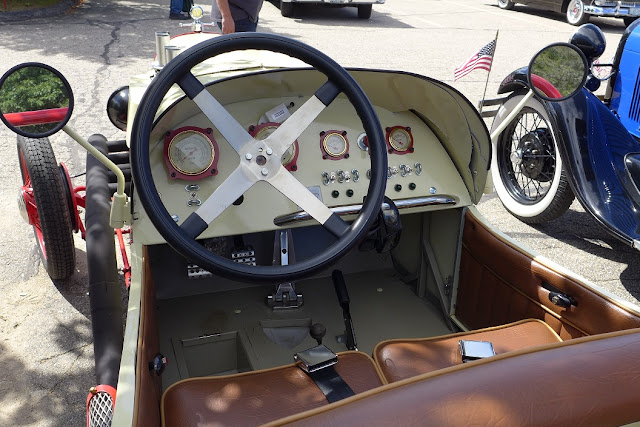 Tight fit for two , but so stylish 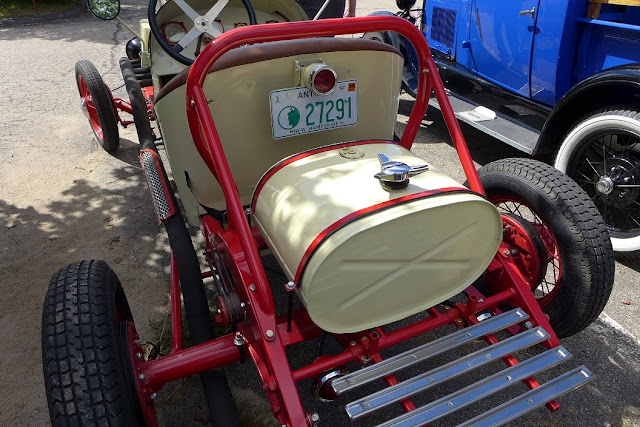 Fuel tank on the back 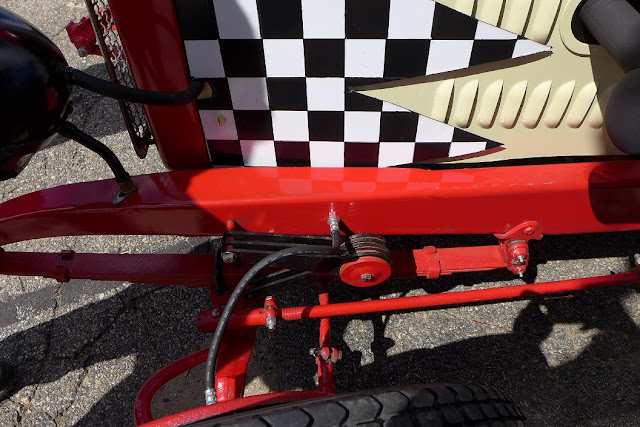 Primitive suspension dampeners consisting of layers of silicone rubber washers squished between the hinge point of the scissor looking device . 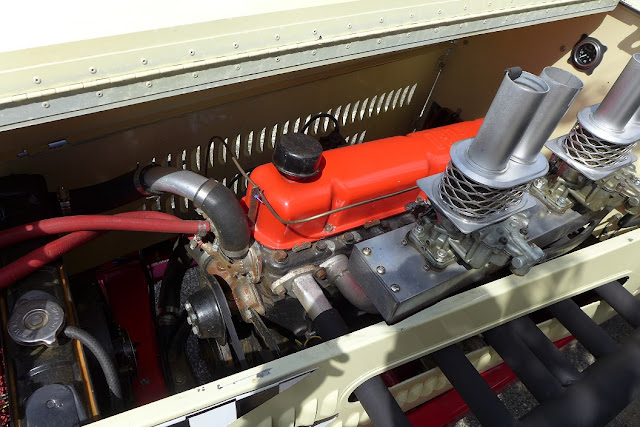 A six cylinder inline out of an 1970's Chevrolet pickup fed by twin carbs on a home made box manifold . 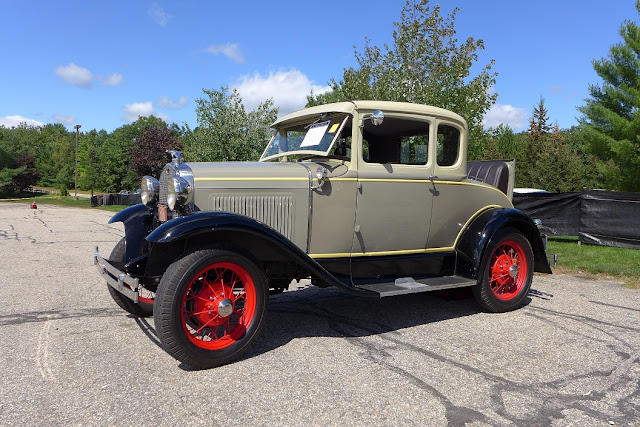 A real elegant Ford model A 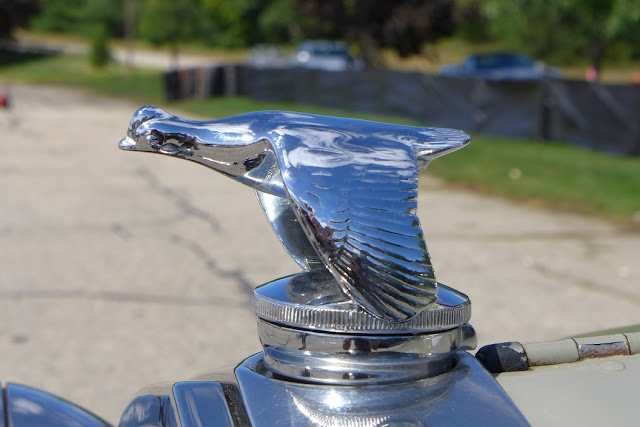 With a Goose ? Quail ? as a hood ornament on the radiator cap 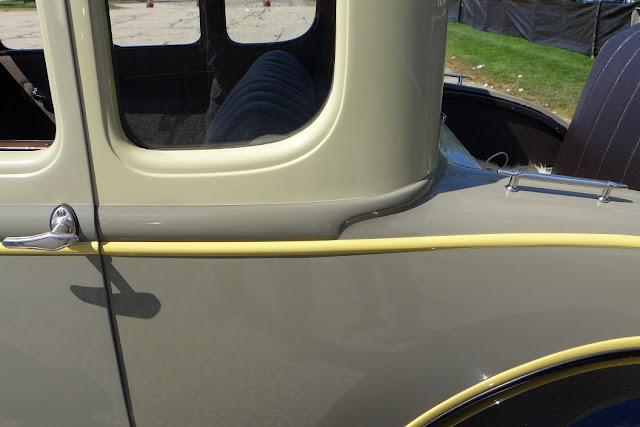 I just love those subtle colors 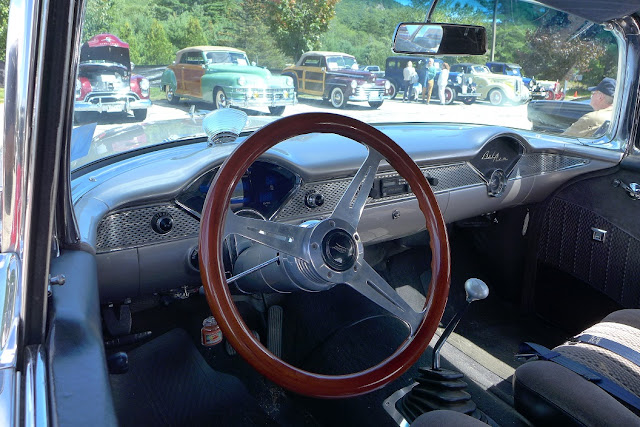 A sweet looking panel on a 57 Chevy Bel Air convertible 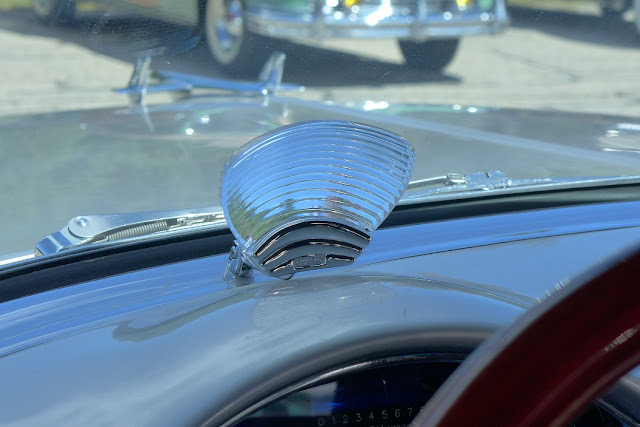 With a unique accessory  . . . bonus points for anyone who can tell me what its purpose is 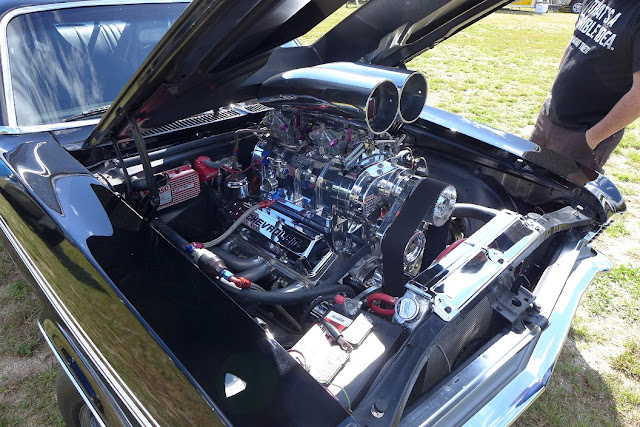 A monster blower on a very loapy running engine 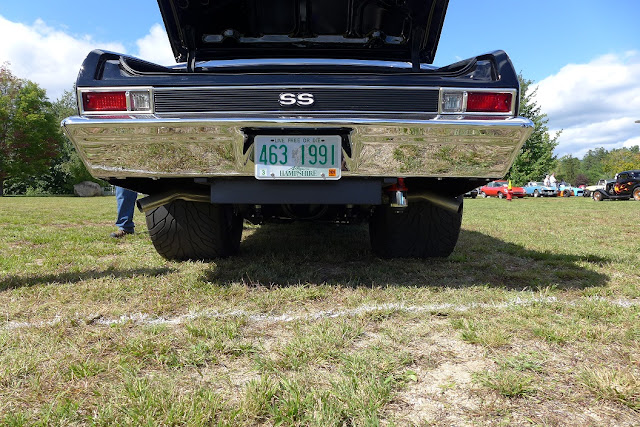 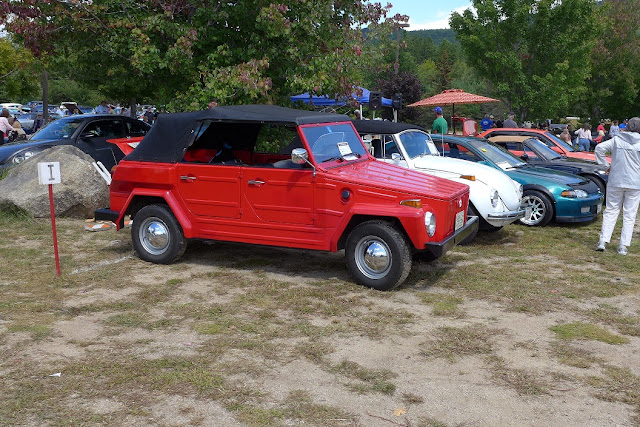 VW's were represented too , this a 25 K mile pristine Thing 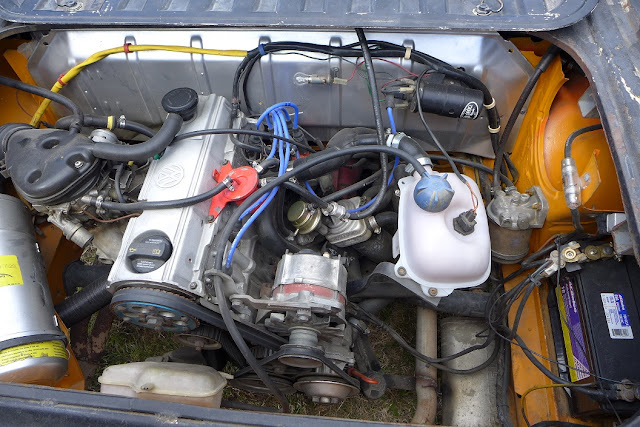 Perhaps most curious of all was a water cooled 1800 cc inline 4 cylinder VW engine as normally seen in a VW Rabbit . . . 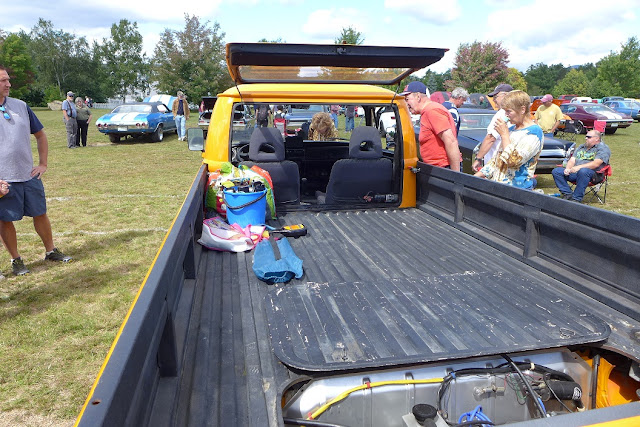 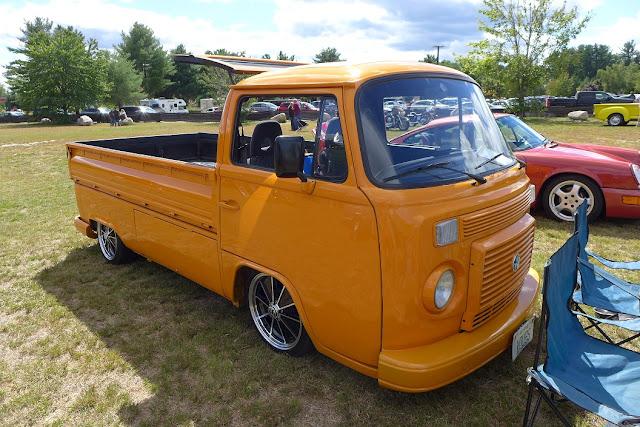 Yes , custom cause it started life as a a regular van in Mexico 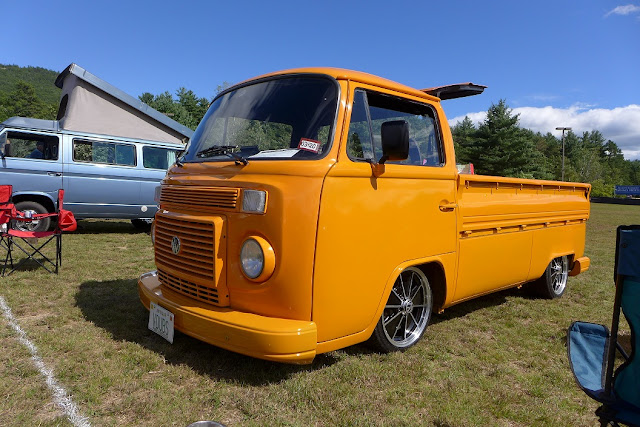 Where, I was told by Juan Avina the owner , they were produced with the water cooled engine . 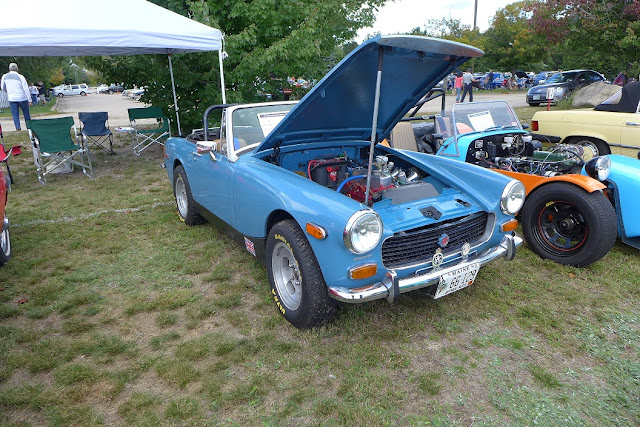 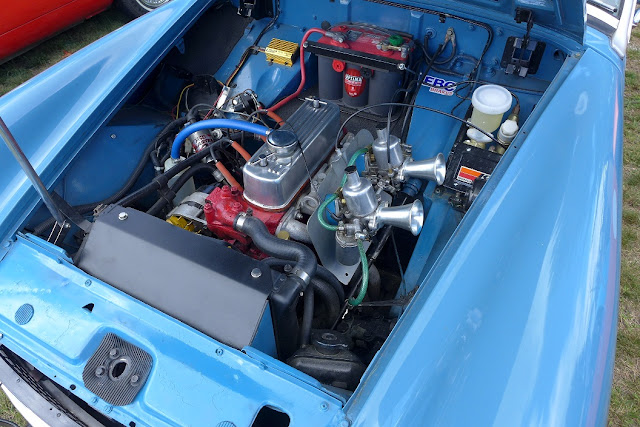 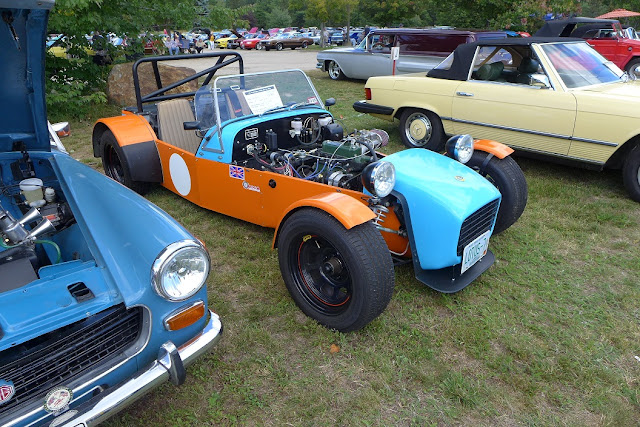 Sat next to a Lotus Seven 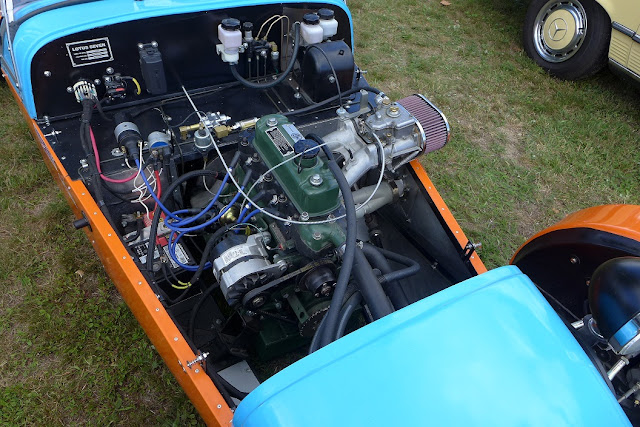 With a throaty 40 mm Webber side draft that I am told originally lived on the Midget .

Took a lot of photos but I'll keep it short this time with the ones that I found most interesting , more coming up next weekend after the Owls Head gathering .
Posted by M. Silvius at Monday, September 09, 2019 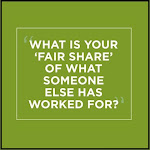