Saturday we went to the open-house / fly in being held at Windsock Village in Ossipee New-Hampshire . Windsock Village and Soaring Heights are two residential air parks that share a four thousand foot runway . Seems a lot of owners have passed away or moved on recently and they have quite a few properties available for sale . So the general idea was to try and promote sales to a fairly narrow market of aviators that want to live next to their own hangar . As usual it was a good time with friends and acquaintances . And there were lots of nice airplanes to be seen . 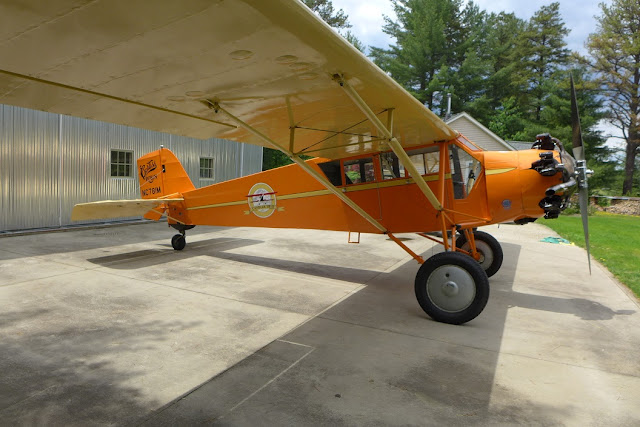 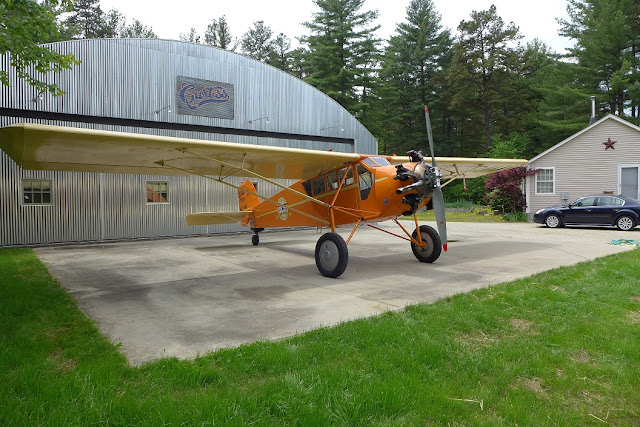 With a nice classic looking hangar 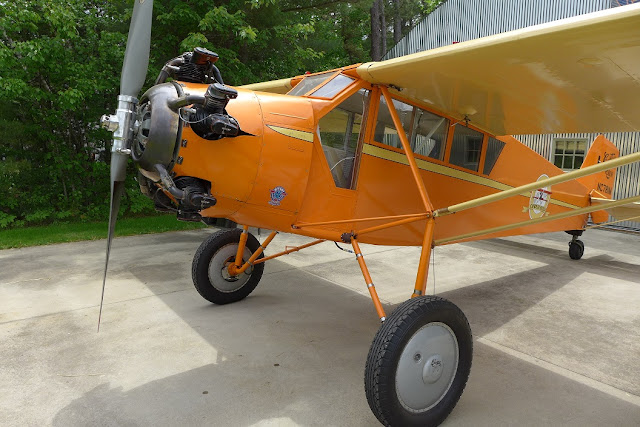 This is the same model plane that Wrong Way Corringan flew across the Atlantic in 1938. He had flown from California to NY and was denied permission to fly across to Europe . So he filed plans for a flight back to California but "lost his way" and landed in Ireland . 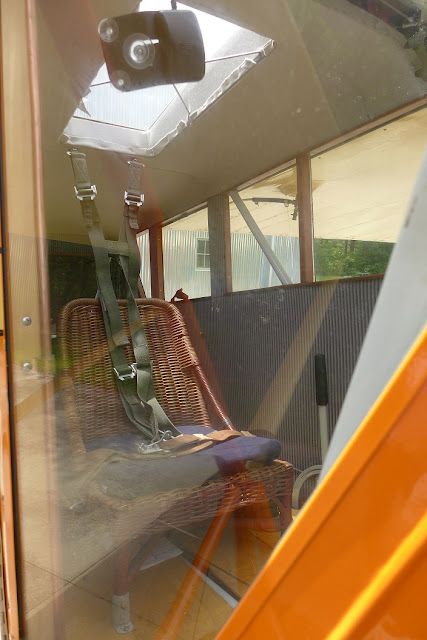 Wicker seats , one in front, and two skinny ones side by each in the back . 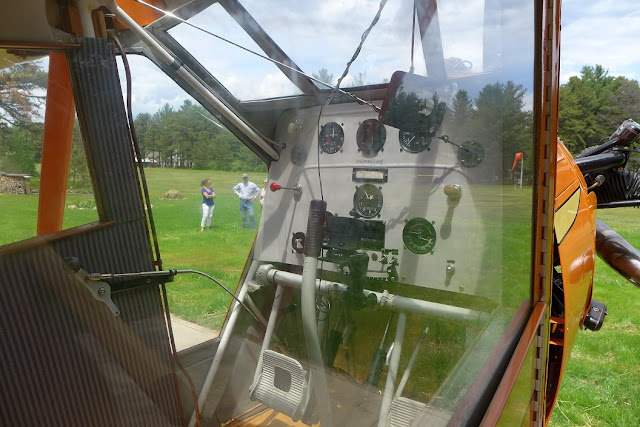 And just the basics for instruments . 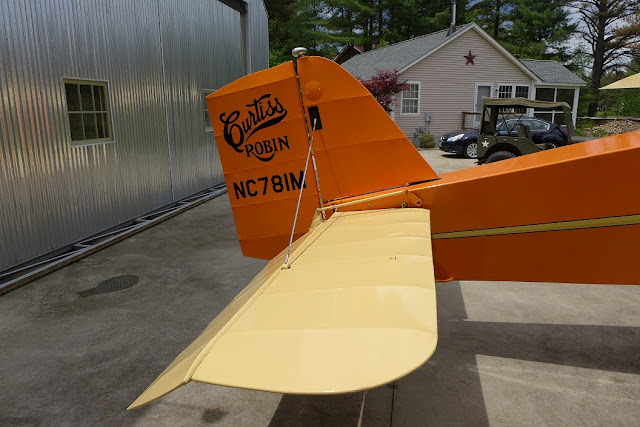 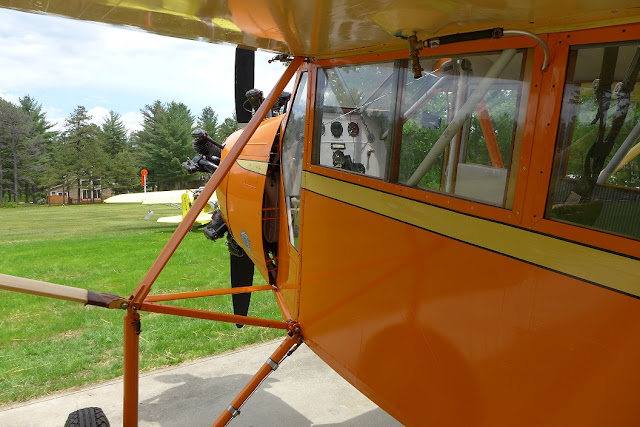 Large low windows between the pilot and the engine . 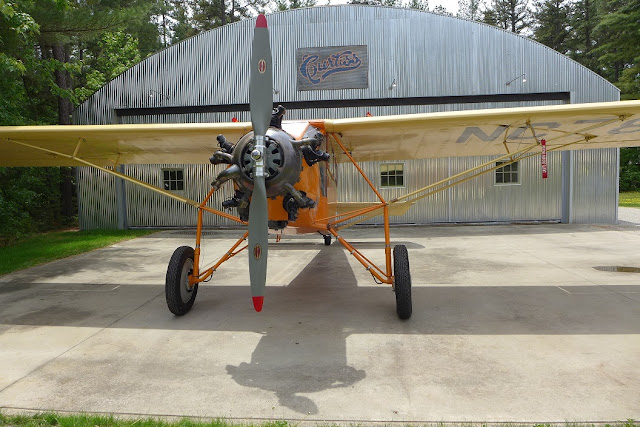 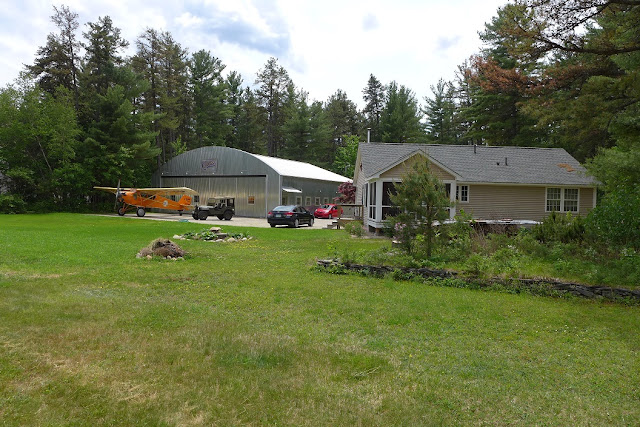 A nice reasonable size house and the perfect toy-box 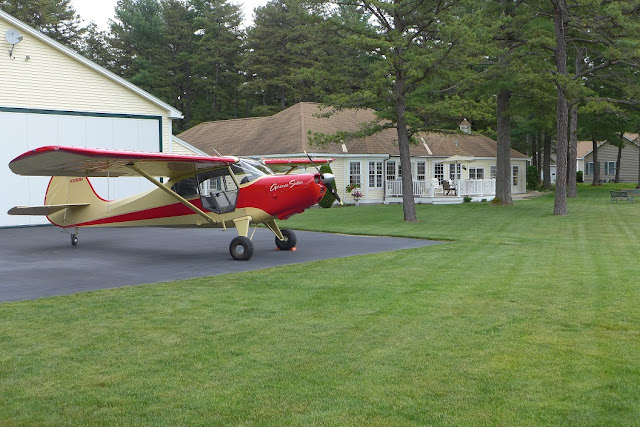 One of the properties with a perfectly restored Aeronca Sedan out front . 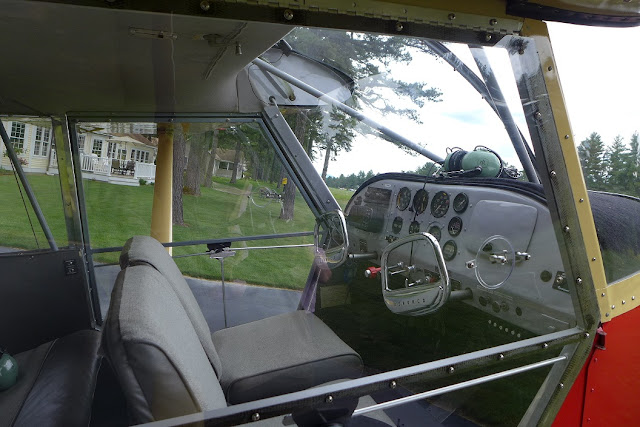 Just as nice inside as it is outside 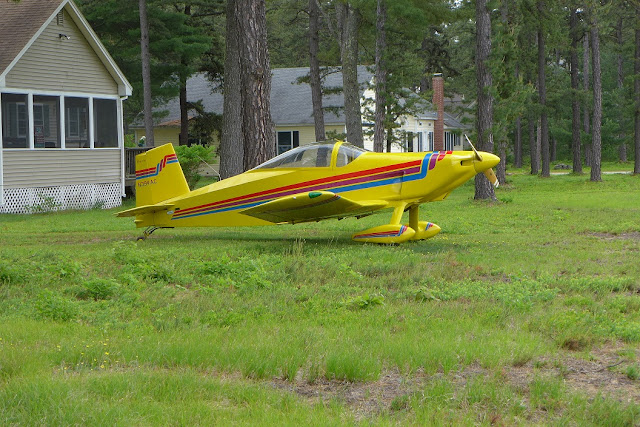 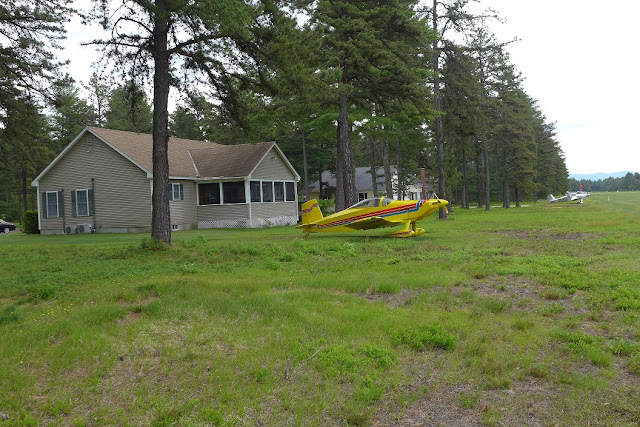 In front of its owners house 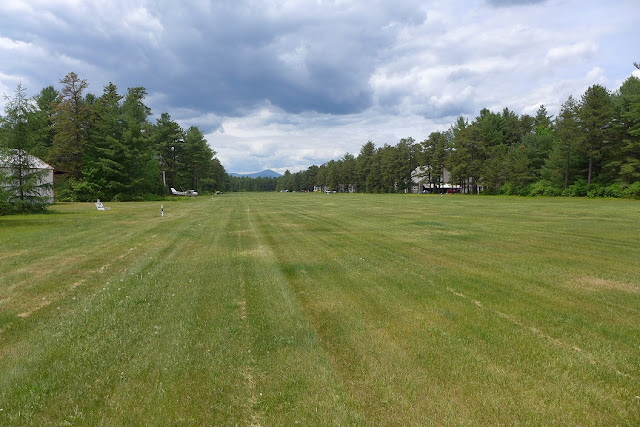 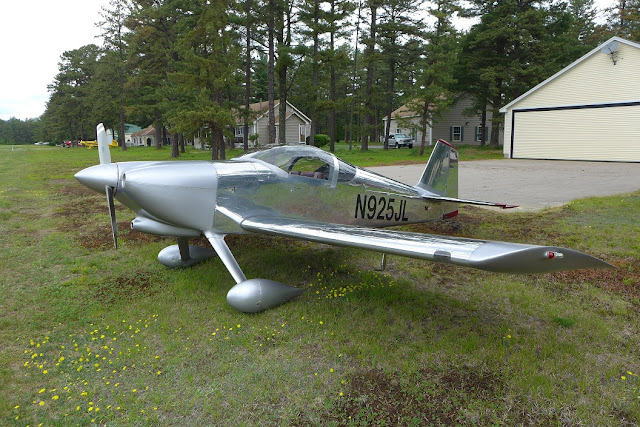 And another home-built RV-6 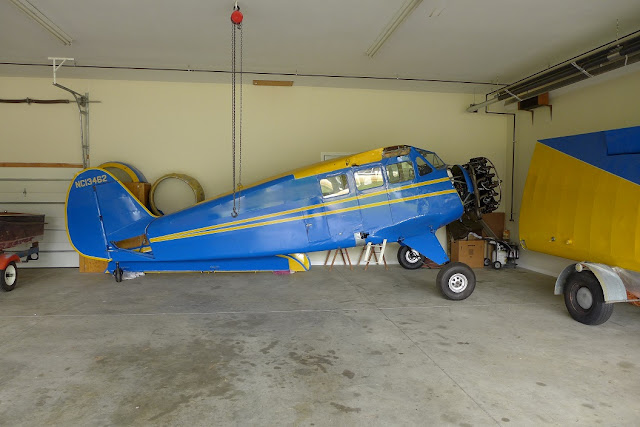 And a Farichild 24 awaiting reassembly after shipment ,property of the same fellow that owns the Curtiss Robin 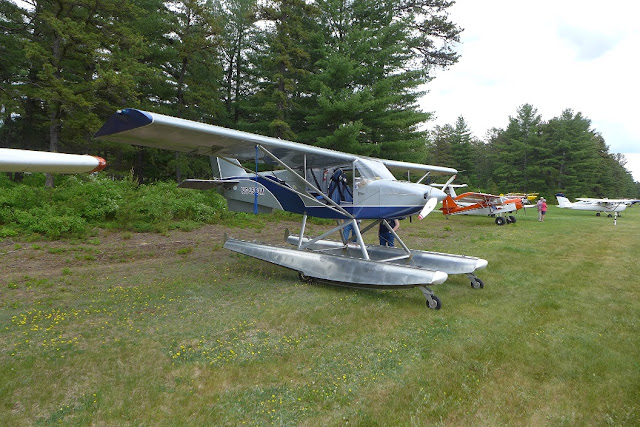 The usual suspects were present . . . 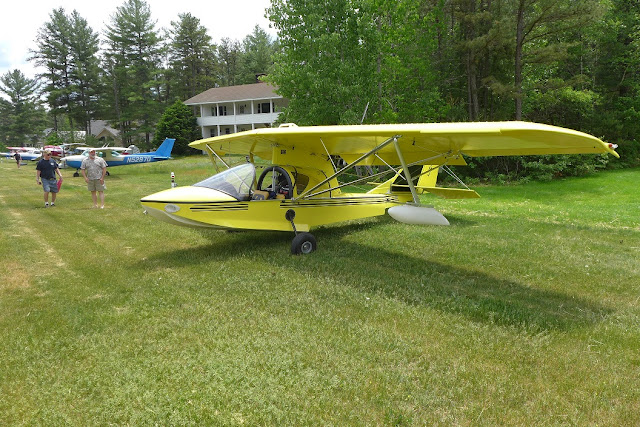 . . . with their ability to alight on water as well as land 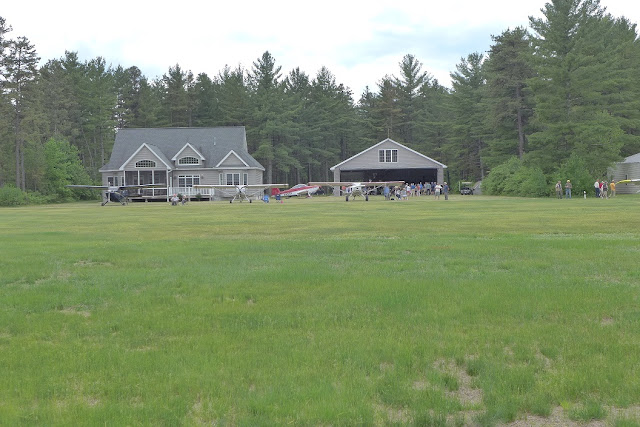 And this is the hangar where the main festivities and food were being served . It is here when the battery in the camera went dead . So I'll leave you with some more fun photos taken by Paula Moore at this link .
https://goo.gl/photos/aQGfGgPjWmefUPis6