Unlike jacketed bullets , home cast lead bullets need to be lubricated before loading in order to prevent leading in you barrel when you shoot them . There are many bullet lube recipes available all loosely based on mixtures of bee's wax and other lubricants. The lubricating can be done in several different ways . But for now I will stick to the traditional pan-lube method . You stand all your cast bullets up in a shallow pan and pour in your melted lubricant concoction until it covers all the bullet grooves , you let it harden , after which the bullets can be plucked from the solid cake with the lube groves nicely filled.  One of the more popular home made concoctions appears to be something that goes by the name of Ben's Red . 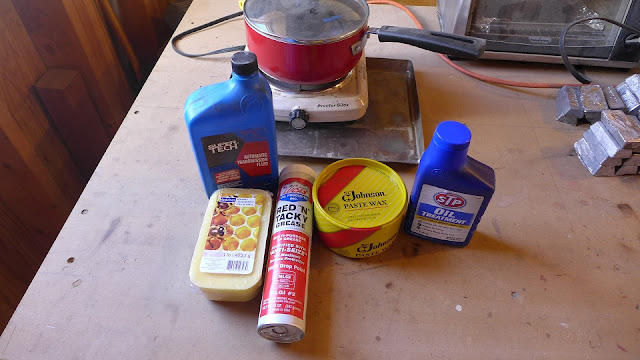 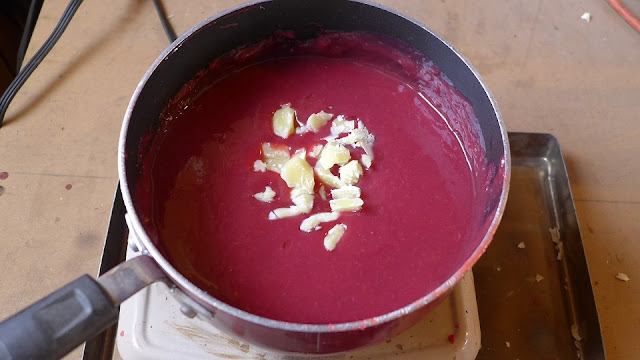 Started melting the Lucas Red and Tacky as that appears to be the worst part of the process
Once that was more or less liquid I added the other ingredients and started adding chips of the bees wax . 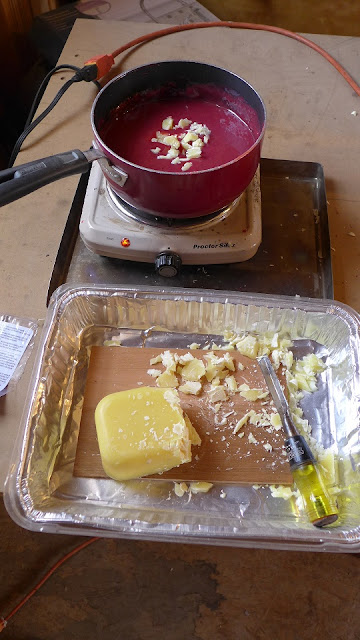 In order to speed things up without burning the mixture I chipped pieces of the wax off the block with a chisel . 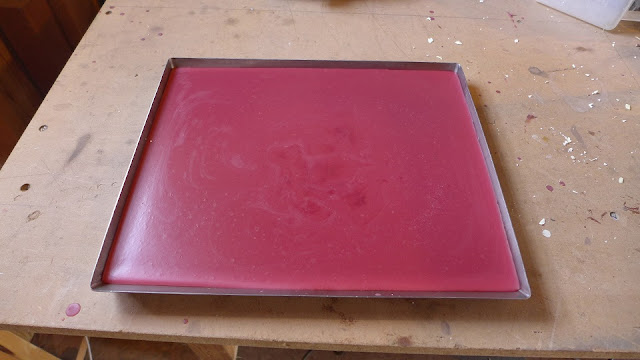 Unfortunately I was half a pound short of bees wax so I knew I'd need to add more . I poured it out in a shallow pan to harden . It never fully hardened as I did not have sufficient wax in my mixture . It also smelled rather like burned crankcase oil . . . . will need to find a solution to that bit . 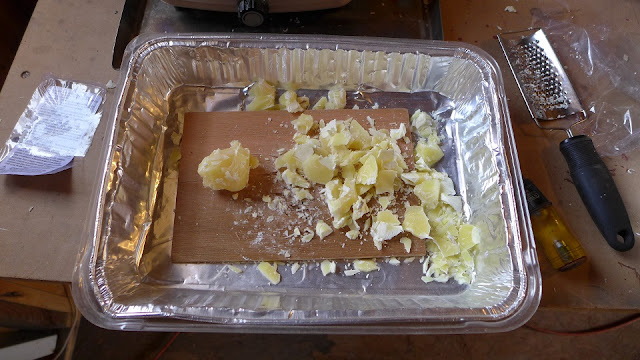 So a couple days later I was able to pick up some more bee's wax and remelted the mixture back down and added the remaining wax needed . This time I got smarter and used a putty knife heated with my torch to cut the block of wax into small chunks . 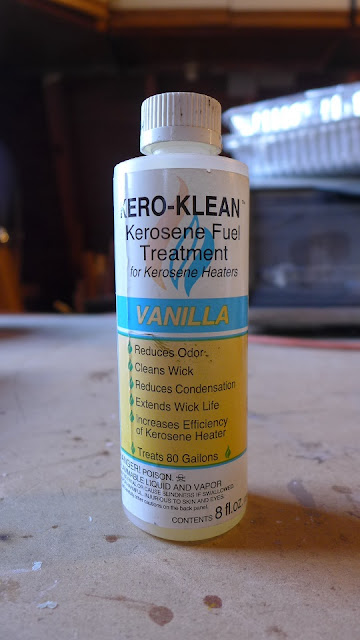 Also added about half a teaspoon of Vanilla Kero-Klean a deodorant additive that makes your kerosene space heater not smell so vile . Seemed to take care of most of the burnt oil smell . 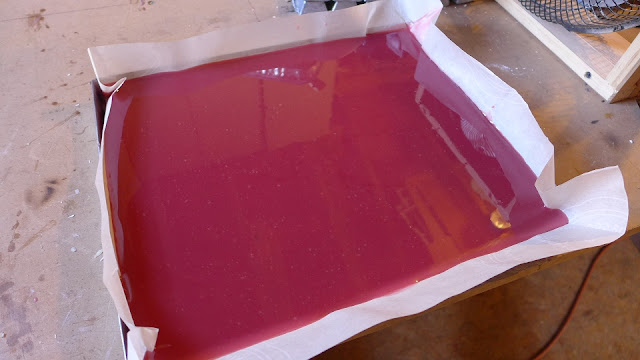 I also got smarter and lined my pan with parchment paper to make removal of the hardened lube easier . 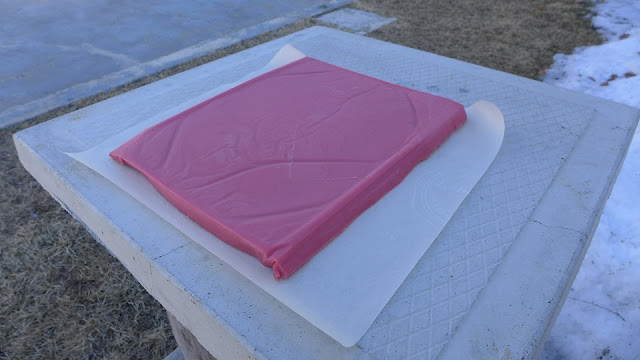 After about 15 minutes cooling in front of a fan I was able to remove my lube from the pan and flip it over to harden up some more . 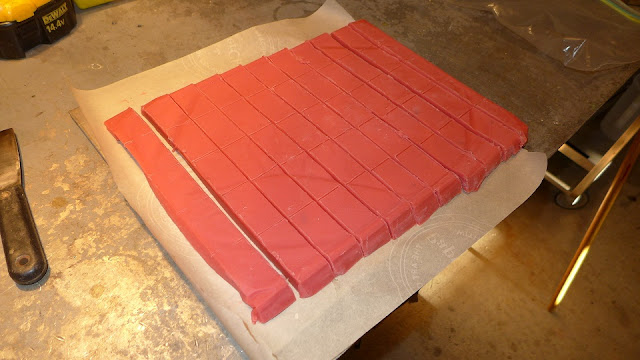 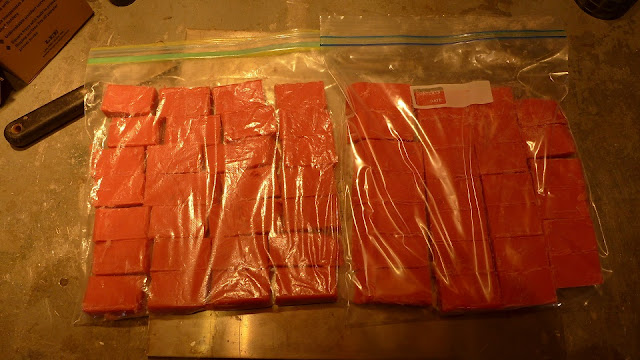 Bagged for future use
Posted by Mike Silvius at Thursday, March 09, 2017 No comments: