Dressing up the shed

Drove up to Richmond on Friday to work on Ben's shack . 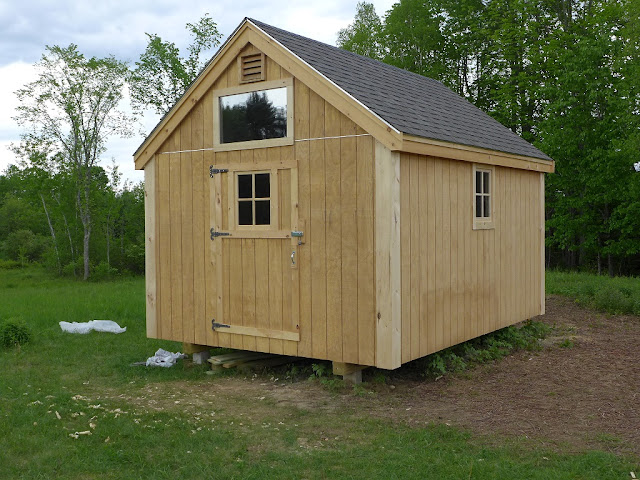 The Unabomber shack ain't got nothing on this one now . Got the sub fascia on the eves done . Dressed it up with some corner boards . Built  and installed some window frames . 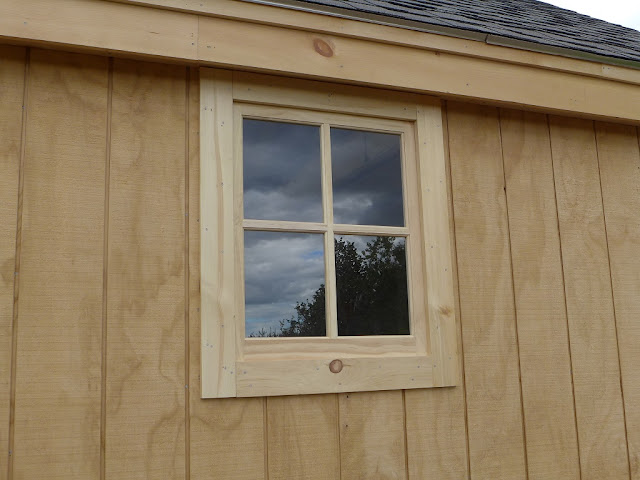 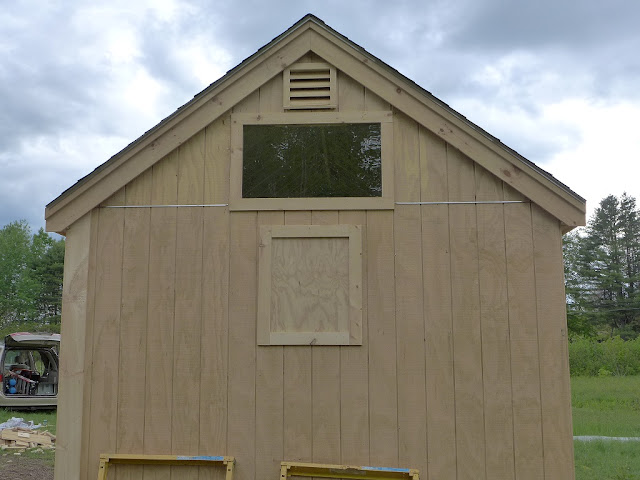 Got the gable end windows installed . As usual we came up short on 1 x 8 pine for the corner boards so one corner still needs dressing . Since we used one of the wooden windows in the front door Ben needs to order one more sash for the lower back window , so I put a piece of plywood in the hole in the mean time . Just is another excuse to go back up and do some shooting while we are at it . 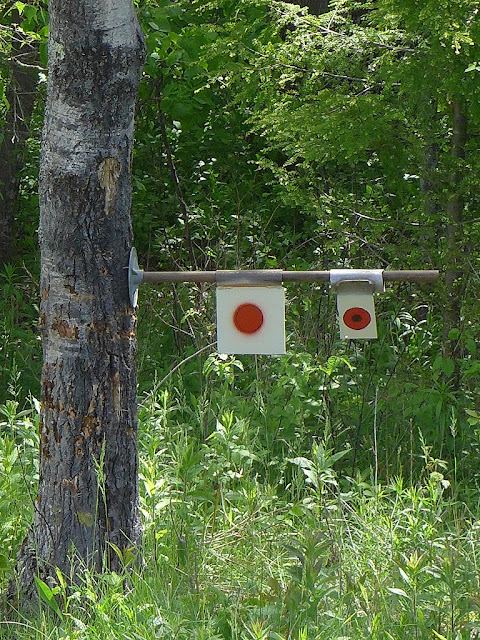 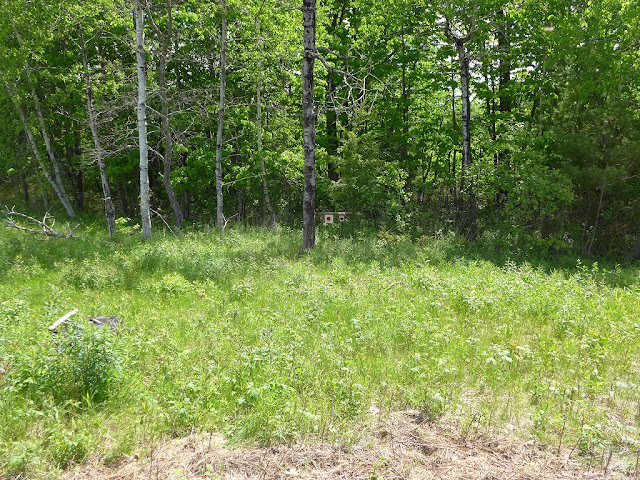 No need to keep running back and forth to reset it when the chains come off the frame .

So my first attempt at a steel gong target worked nicely but could use some improvements .
The main issue was that the bolts that held the chains to the frame would come off the frame as it would flex when hit . A more solid arrangement was in order . 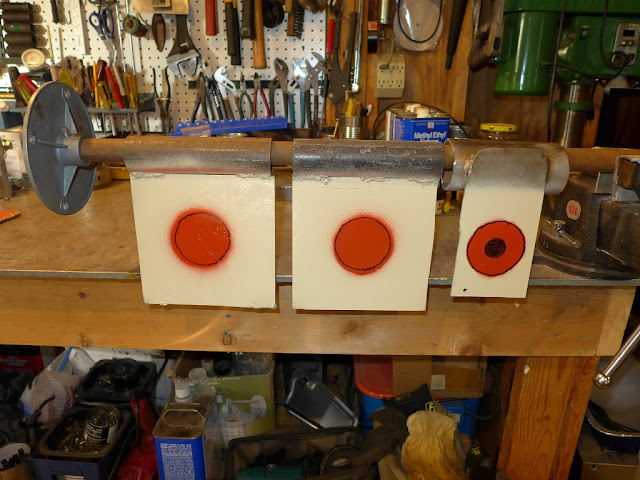 So after a bit of cogitating and some scrounging through my bucket of scrap steel I found some short lengths of inch and a half diameter pipe and came up with this solution . 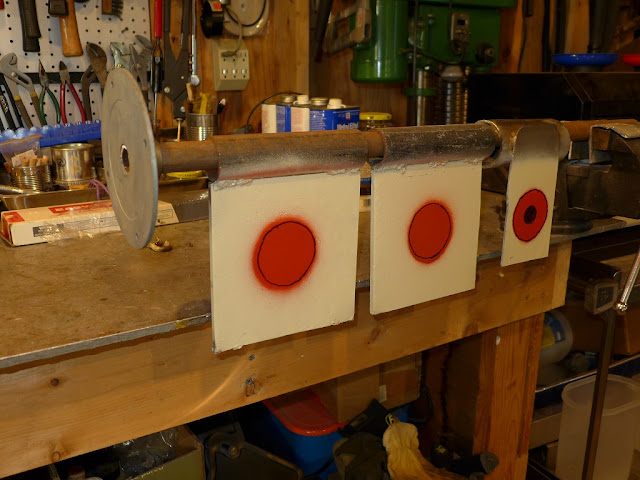 The base plate I will screw to the dead tree at our range . The steel plates are free to swing and deflect the bullet down . The smaller one on the far right was something that was already made and just needed some trimming to fit . It is made out of stainless steel but since it is thinner we'll probably just use that for 22s . 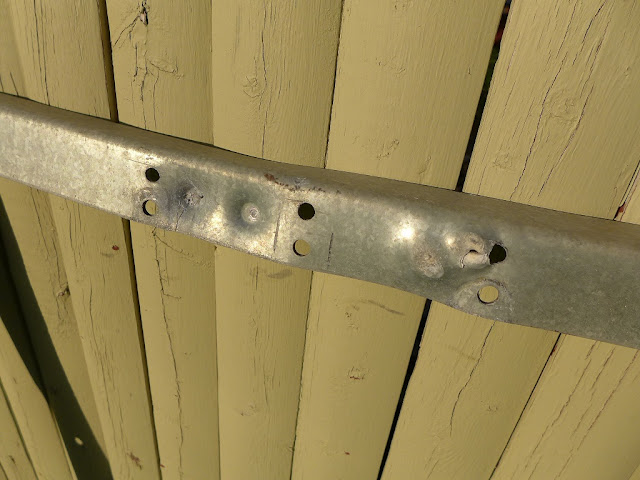 Here you see a few hits on the previous frame that the plate was hanging from. It did not take much to distort it and the bolts came out .