Valve cover hold downs for the Volvo B-20 engine

Valve covers on the Volvo B-18 and B-20 engines are notoriously leaky and mine is no exception. 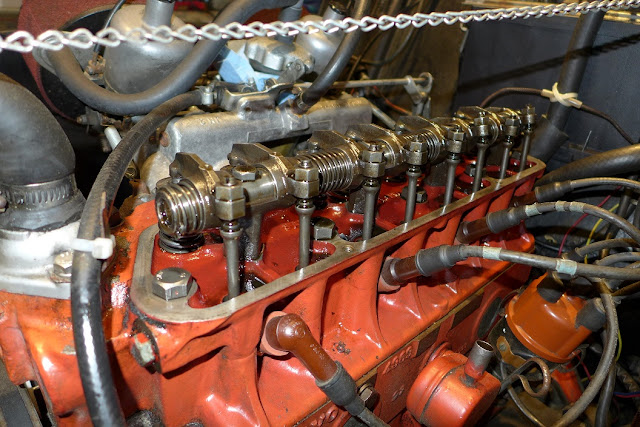 This is the sweet orchestra that lives beneath the cover 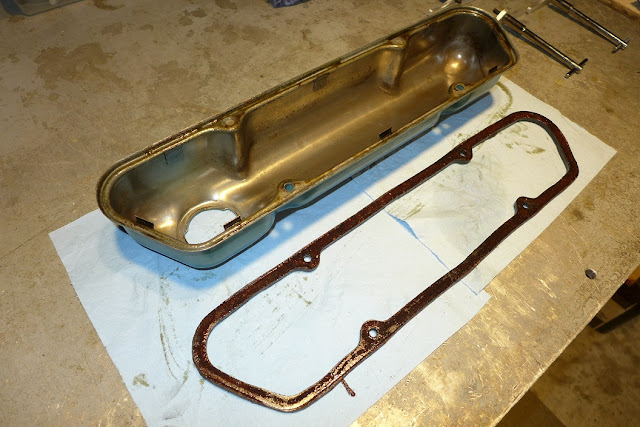 Trouble is the valve cover is stamped sheet metal , and fifty six years of overly enthusiastic screw tightening have distorted the metal so the cover no longer puts even pressure on the gasket . 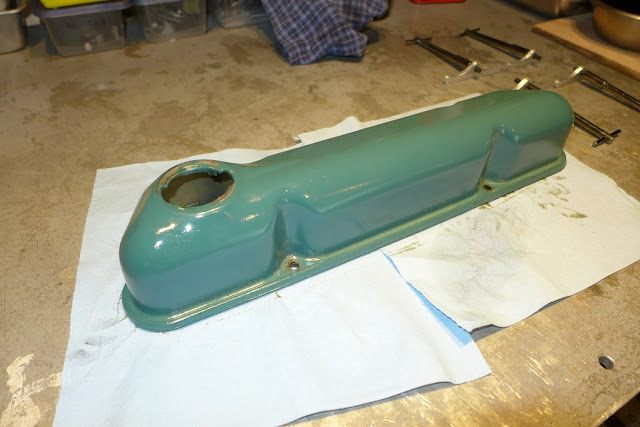 Before I painted it I did a bit of  re-shaping around the screw holes with a ball-peen hammer to flatten out the divets . Spreading the pressure of the crews over a larger area is helpful to prevent it from reoccurring . 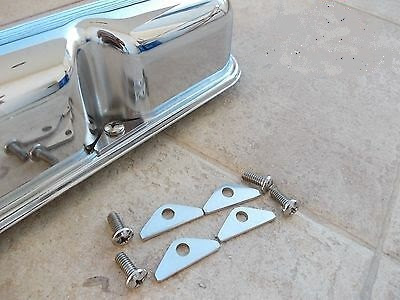 Yea , you can spend money on some store bought hold-downs , but that would just be too easy 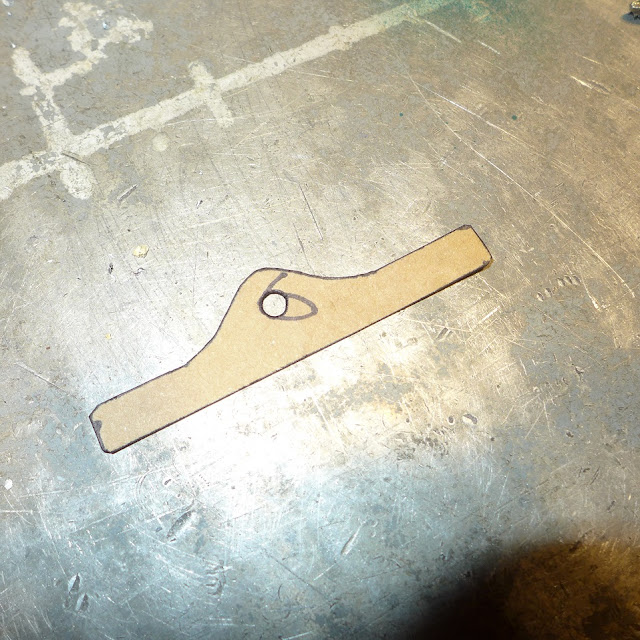 A bit of fiddling with some cardboard and scissors . . . gets us something that looks like this 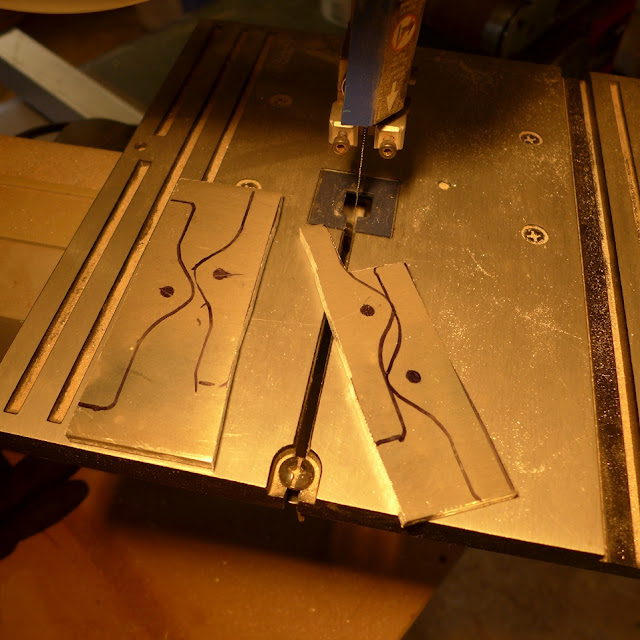 Transfer the general outline to a piece of dumpster salvaged quarter inch 6063-T6 aluminum and go to it with the band saw . 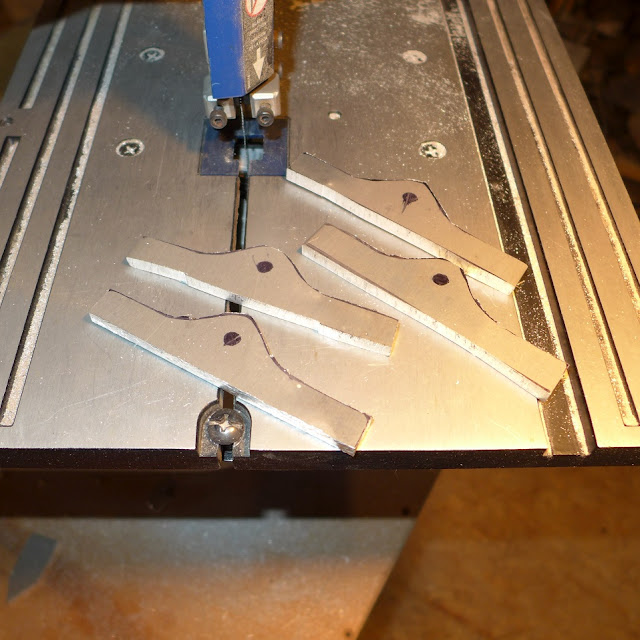 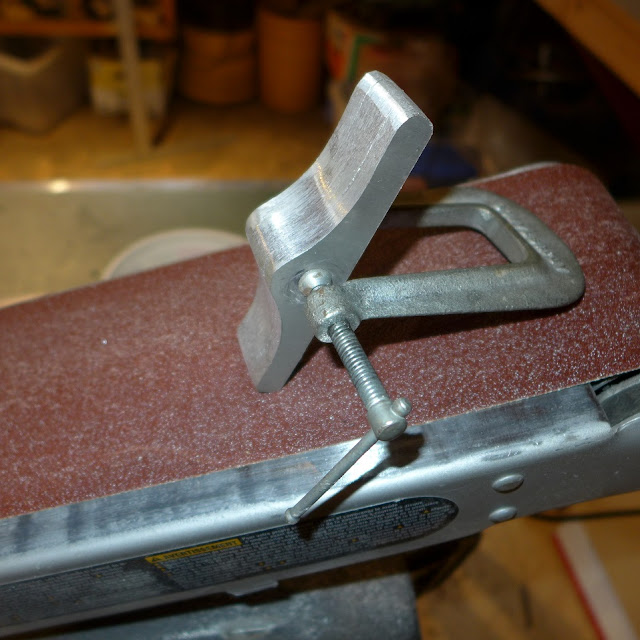 Clamp them all together for uniformity and go to it for about an hour on the bench sander with an 80 grit belt . Dipping frequently in a bucket of water to keep from burning your fingers . 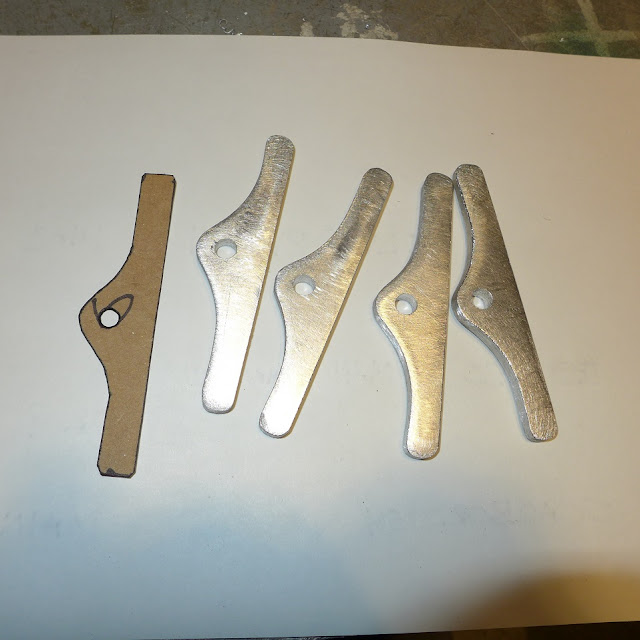 And we arrive at something resembling what we wanted . 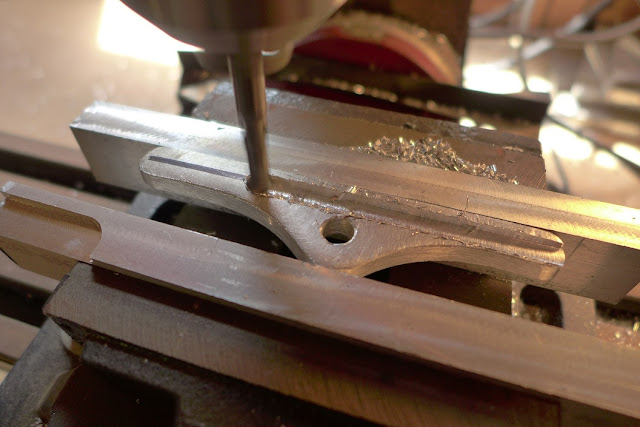 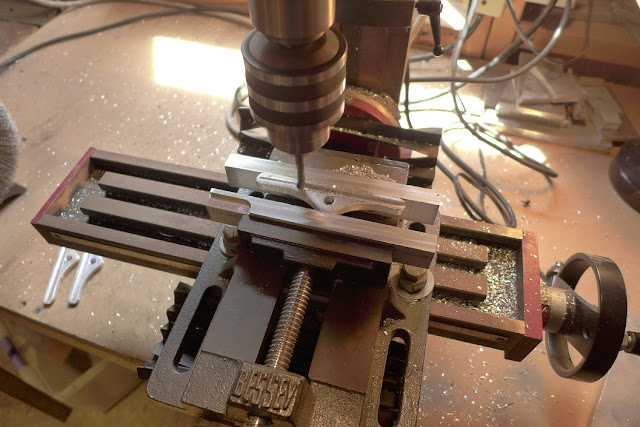 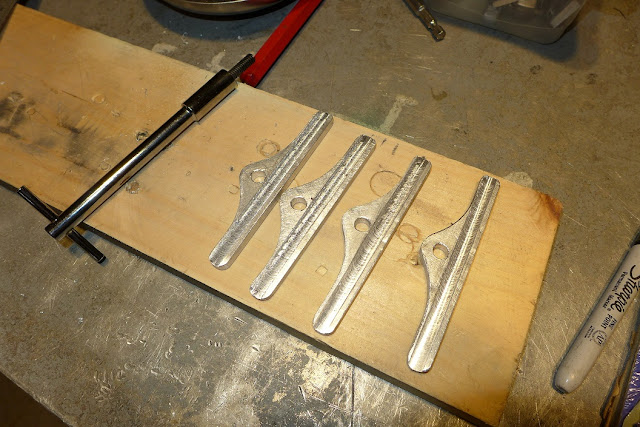 Looks OK to me 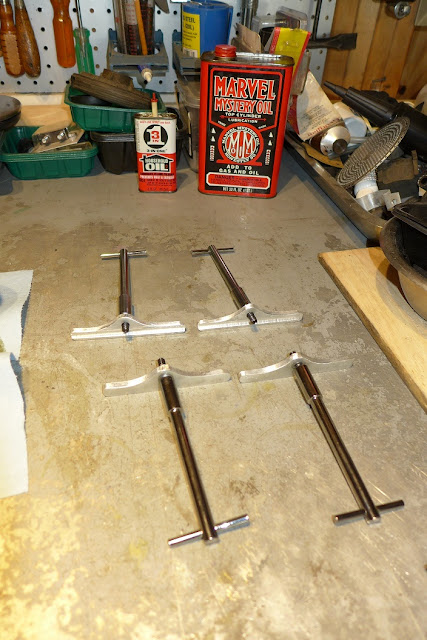 Been dragging those T handle valve cover screws around in a box for twenty years , I think I finally found a use for them . 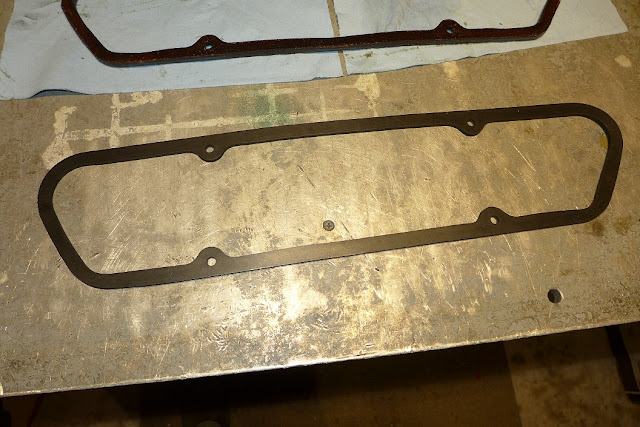 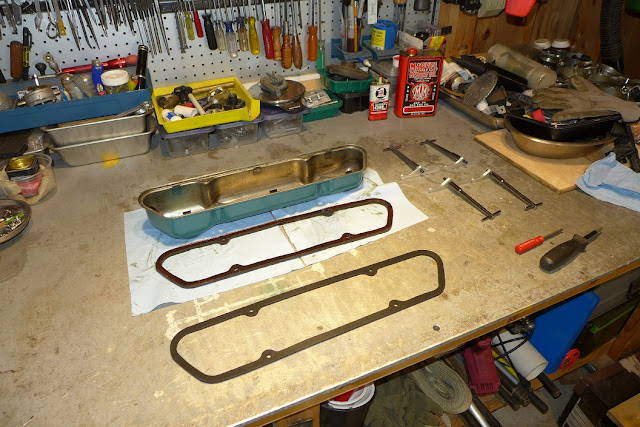 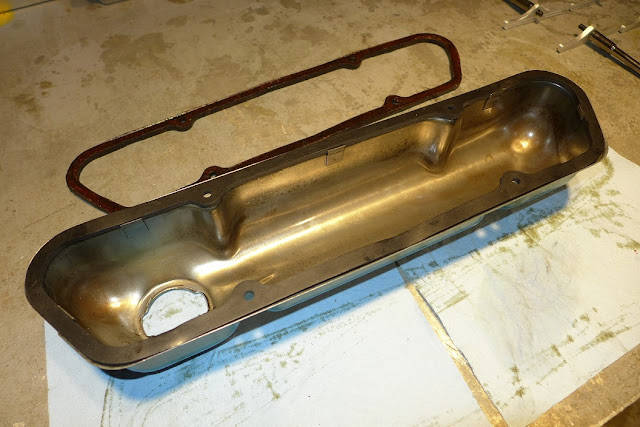 Cleaned the valve cover and installed the gasket 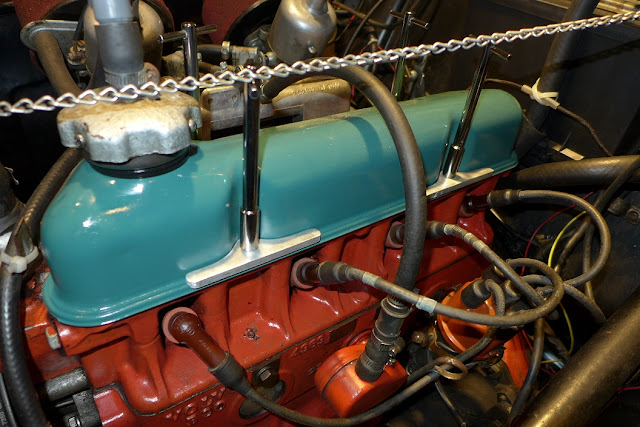 . . . and snugged it all down with the T screws and new hold-downs . 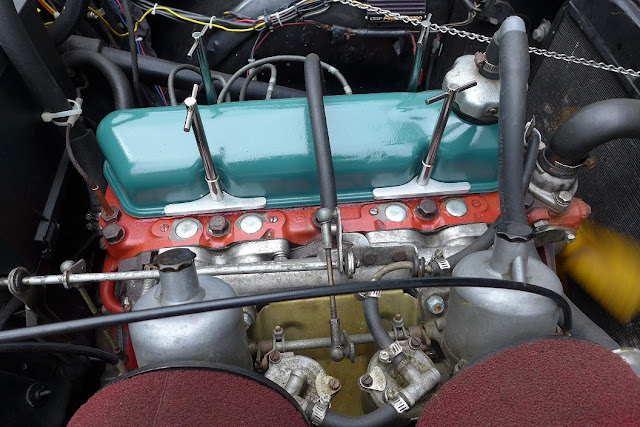 Not bad for a hack . Yea the T handle screws are a bit tacky so I might swap them back out for screws

The original wheels on the Volvo are four inches wide with 165/70/15 tires. Anything over 60 MPH on the highway and things got really squirrely . 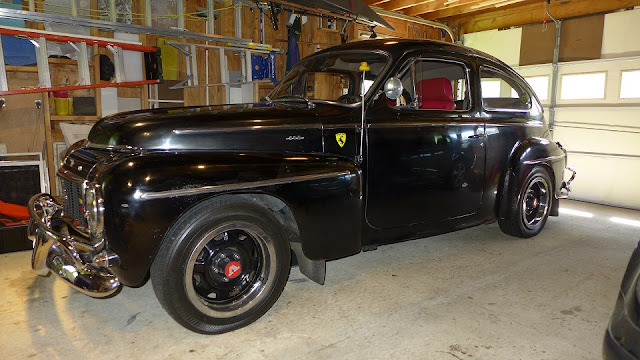 Last year while scrounging behind dad's tool-shed I found some old Ford Ranger rims with 185/60/15 tires that needed new stems . So I brought them home and stashed them in the barn . I just replaced the valve stems and put them on the car and it makes all the difference. Now 75, even 80 mph is possible without inducing too much pucker factor . The Ford ranger wheels just barely clear the lower ball joint by about a half inch , but they work and the car drives so much better . 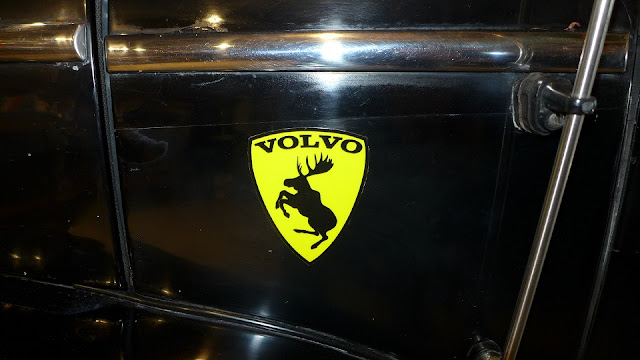 Added some DaveBarton.com bling too . Seems Volvo got their nose all bent out of shape over the prancing moose Ferrari parody , and sued Dave so he can't use the Volvo name anymore. But they are available on E-bay if you search . 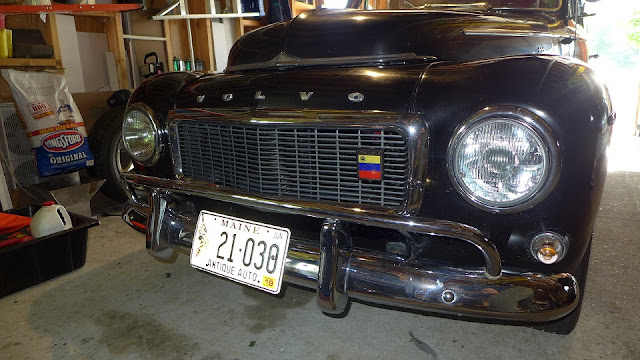 Got an old grill badge we've had for years installed . 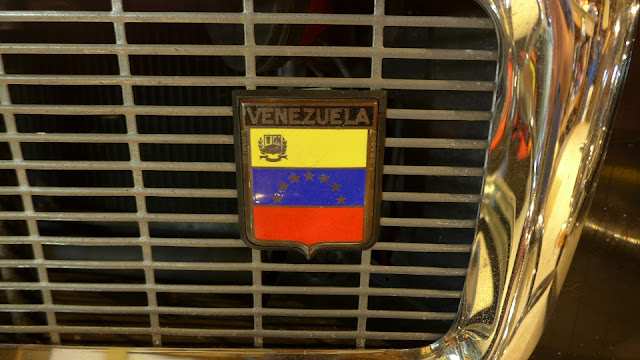 That should throw a few for a loop at the car events . 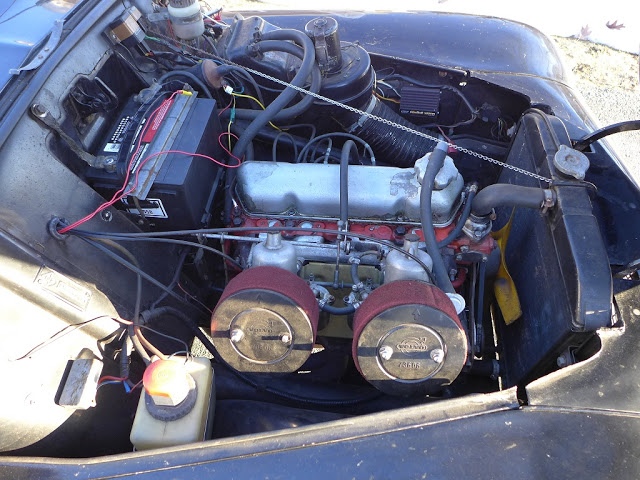 The valve cover has been looking a bit ratty for a while as that silver crinkle paint dad used on it was not heat proof and was coming off in big flakes . 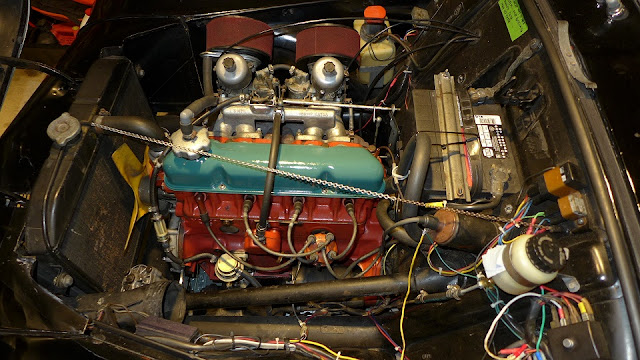 So I de-greased the engine and transmission and stripped the old silver paint off the valve cover and repainted it with some 500 F resistant engine paint . Have a new valve cover gasket on order too . 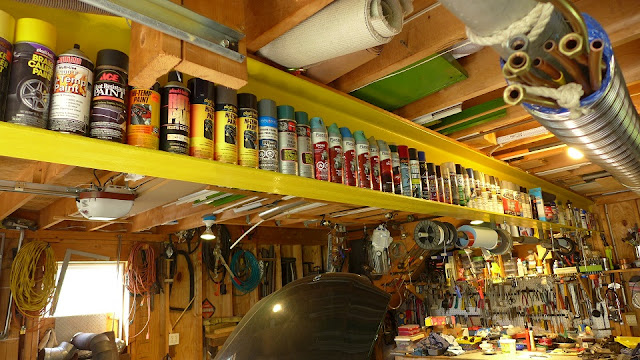 Given I had a wide selection of Marden's Discount .99 cent spray cans. 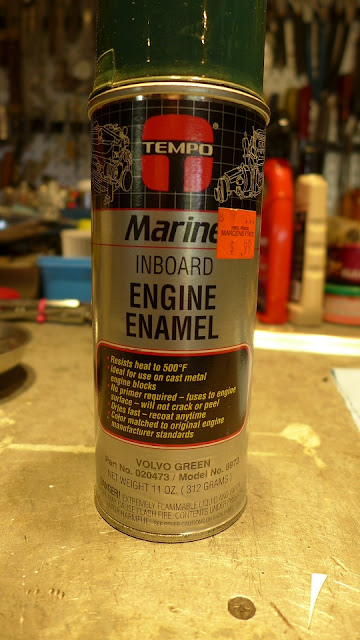 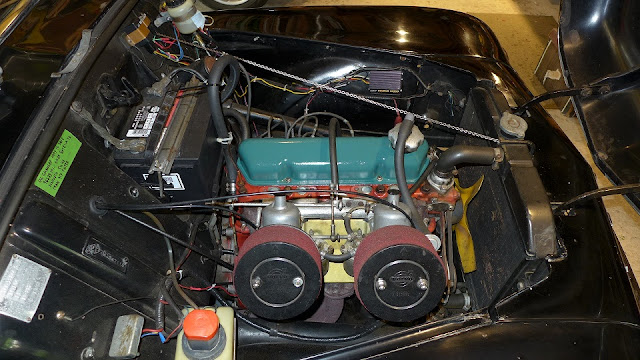 I'm guessing Volvo Penta , hey why not? Dad would have approved of the marine engine theme .

Quasimodo Goes to The Ball

Last  Sunday Mike Mack , a local VCOAMAINE member hosted a gathering at his house about five miles from us, so of course despite the wet weather we could not miss the invite . 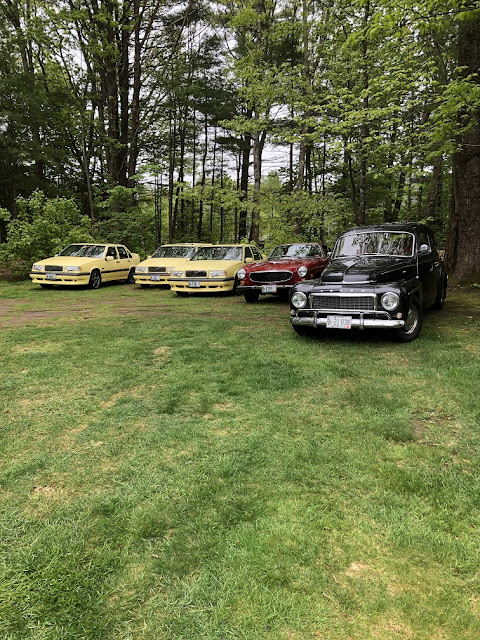 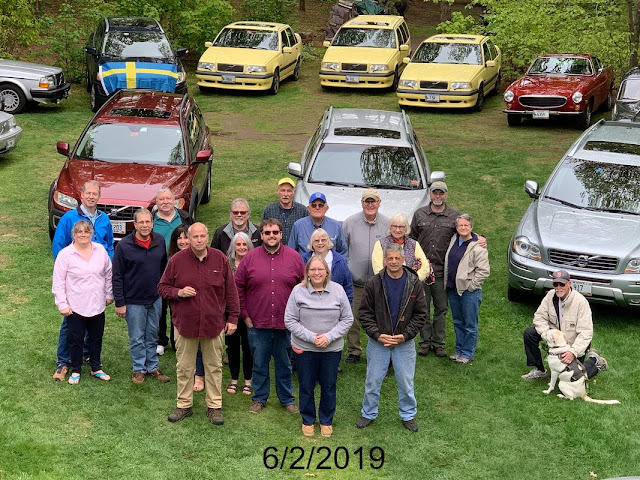 Photo blatantly pilfered from the club website . Yours truly top right on the back row .