Back By Popular Demand. . .

So there I was on a sunny Sunday a week ago making space in my tool shed to put away my snow blower . This involves chucking out most of the crap from the shed , evicting the mice that have taken up residence and rearranging all my junk to make space for the snow blower . Thrilling stuff eh ? 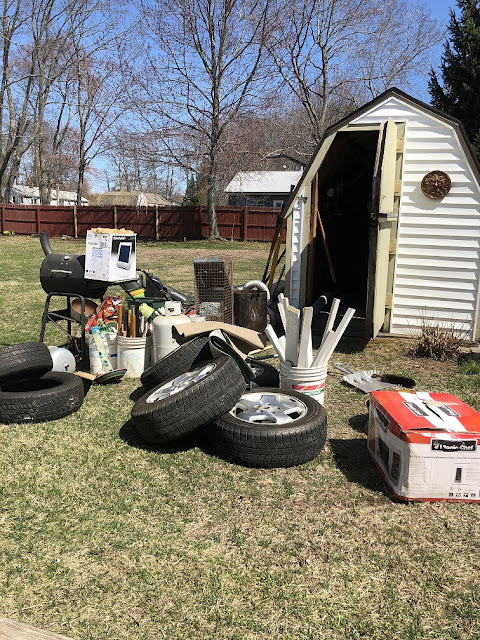 So I chuck all that crap back in the shed real quick and meet Clint at the airport thirty minutes later . 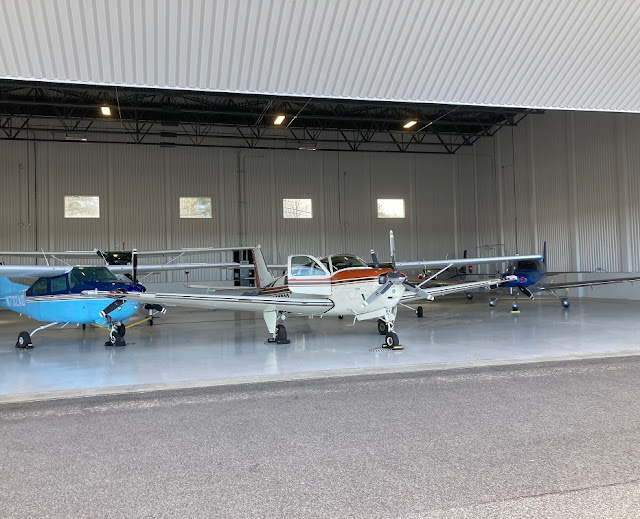 Seems the autopilot had developed a mind of its own and it had been in the shop to have the servos replaced , so we needed to test it . We also needed to update the software for the Garmin radios. 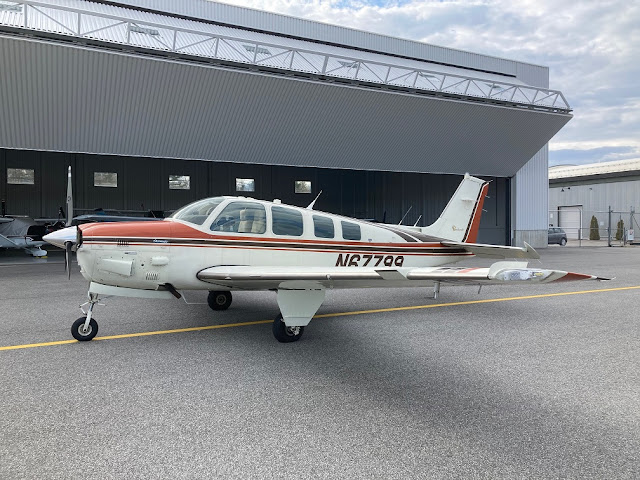 So we moved the plane out of the hangar so the radios could see the satellites and locate itself . 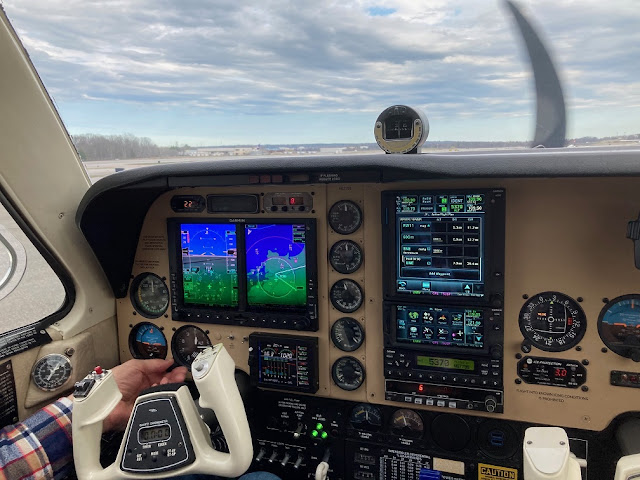 Loaded the updates in the radios , fired up the engine and got our clearance from the tower . 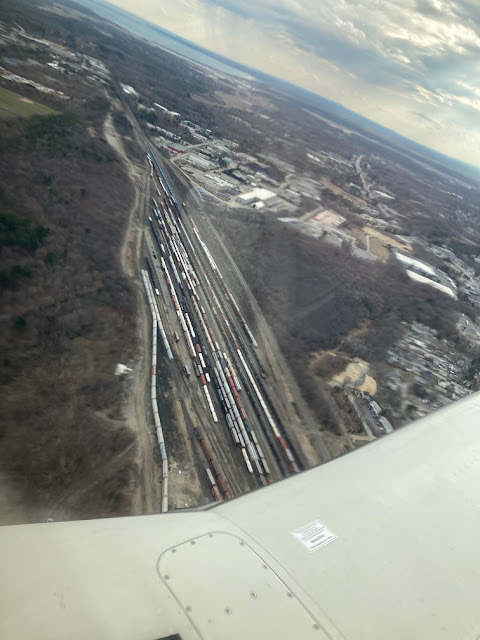 A quick takeoff on runway 18 puts us over Rigby Yard in South Portland . 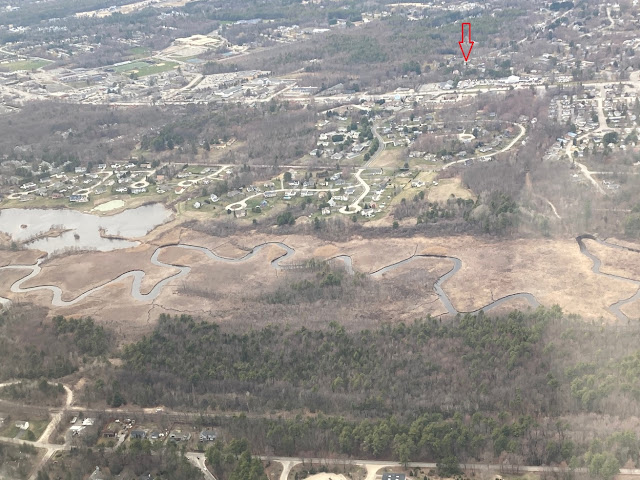 And soon over Scarborough . . . the red arrow points at my house . 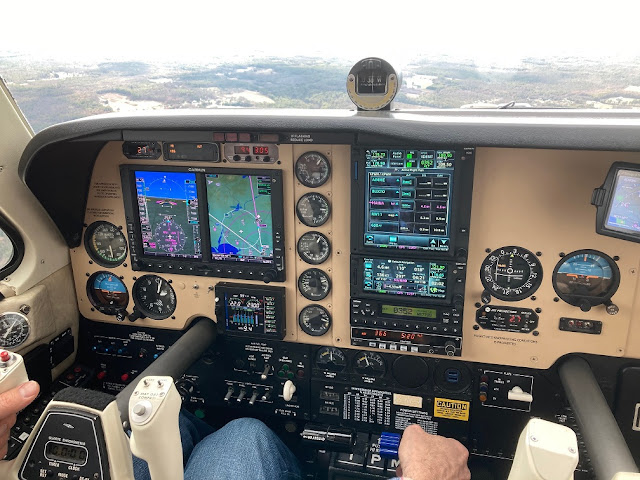 When we engage the autopilot it quickly proves it is still on the fritz .  As soon as we switch it on the plane initiates a steep climb and wants to do its own aerobatic sequence . . . . Yikes that's not good . . . Switch it off . . . Electric trim is also doing what ever it wants now . . . . OK that's enough of that . 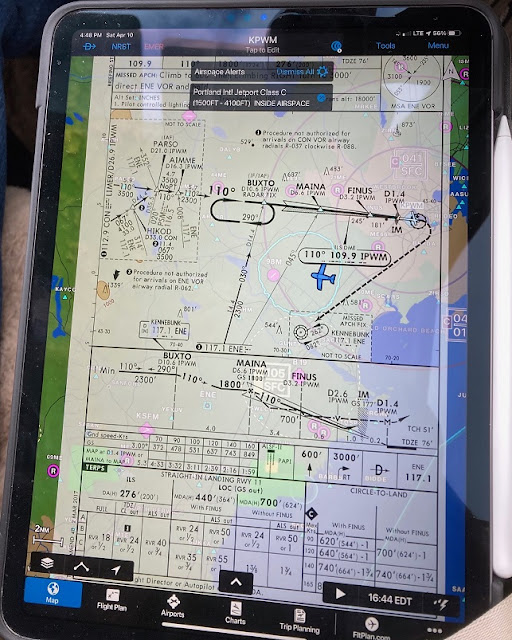 We did get the Garmin to talk to the I-pad so we have real time image on the approach plates as we set up to do a practice approach into runway 11 .
This is what it looks like once we are on short final and initiate the missed approach .
And as we turn downwind for runway 18 over Portland
and turning base to final for landing on runway 18 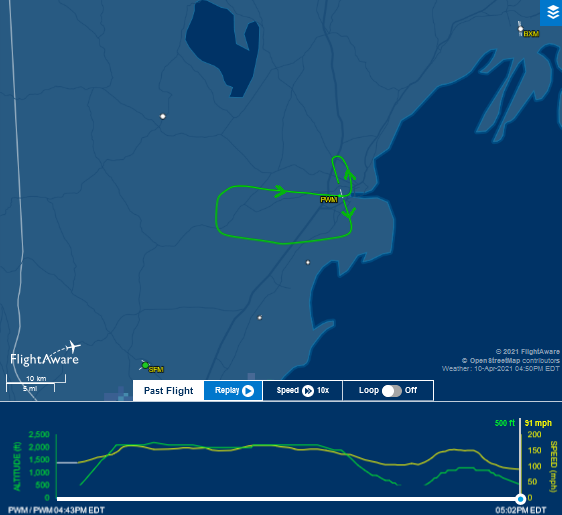 Just a short figure eight around the patch .
Posted by Mike Silvius at Monday, April 19, 2021 14 comments: