If you are going to drive junkers you need to have several so that when one is down you have an alternative . I have five all together . All of them quite long in the tooth . Smart right ?  Yea right . . .
I have five as many chances of something breaking and five times as much crap to repair . 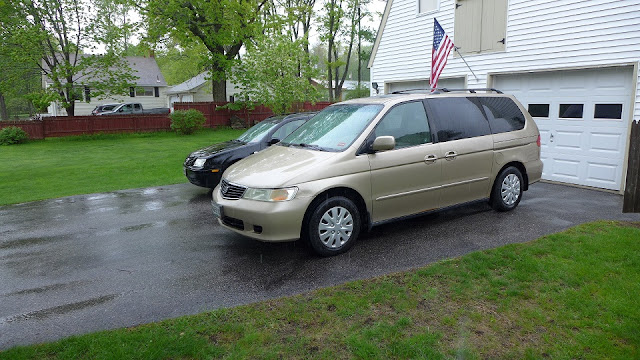 So on Monday noticed some fresh oil spots in the driveway where I normally park the Honda van . Upon further investigation it appeared to be dripping oil from under the radiator . Hmmmm? Definitely not engine oil . Perhaps a transmission cooler . Nope , Its not red and it don't smell like transmission fluid . 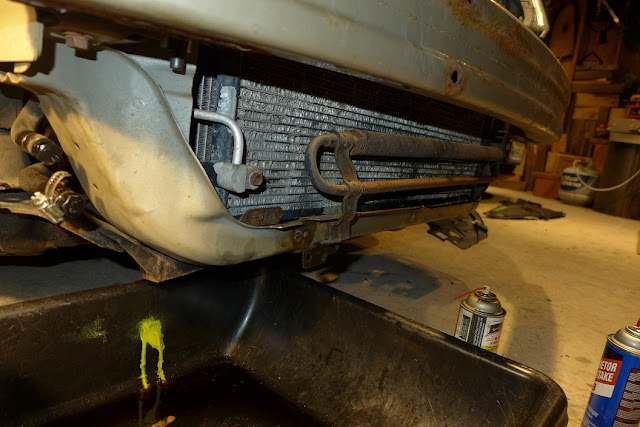 So I tore the plastic bumper cover and grill off the car today, and I am looking at a couple of long U shaped lines stacked on top of each other. 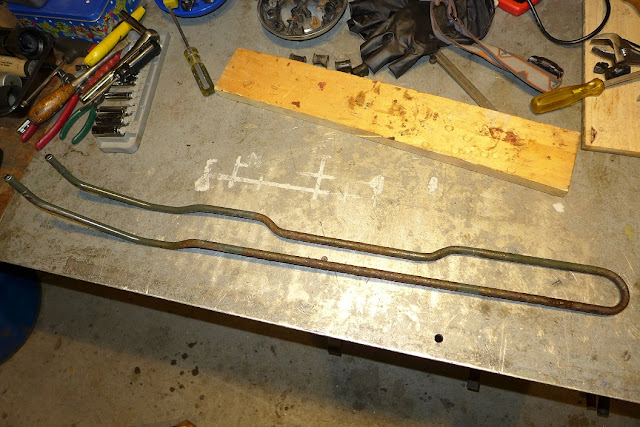 Having found the culprit I removed the source of the leak . 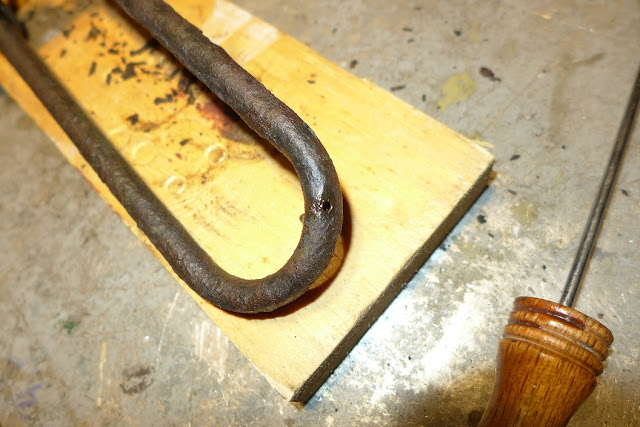 What ever it is , it has a hole in it that is not supposed to be there . Eighteen years of Maine road salt has taken its toll once again . 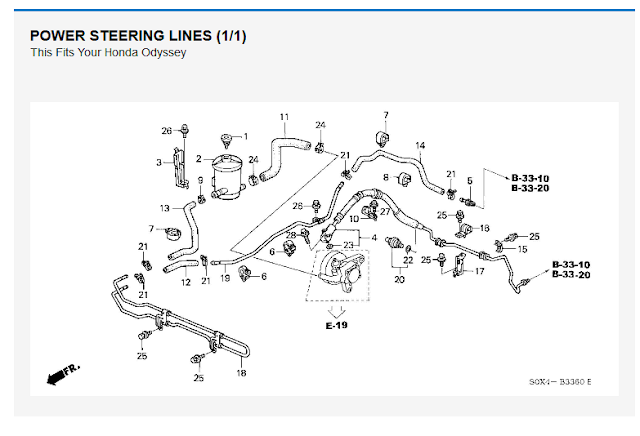 Further consulting with Mr Google proves it is not a transmission cooler  . . . 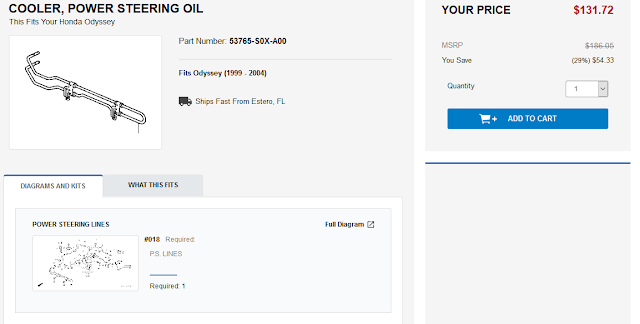 But a rather costly piece of quarter inch pipe they call a power steering oil cooler . Made from unobtanium and as expected not available at the local auto parts store . 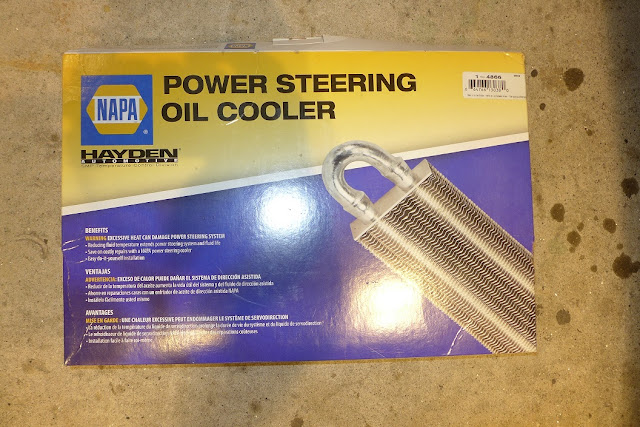 The local NAPA provides an alternative for the more pedestrian sum of $24 . 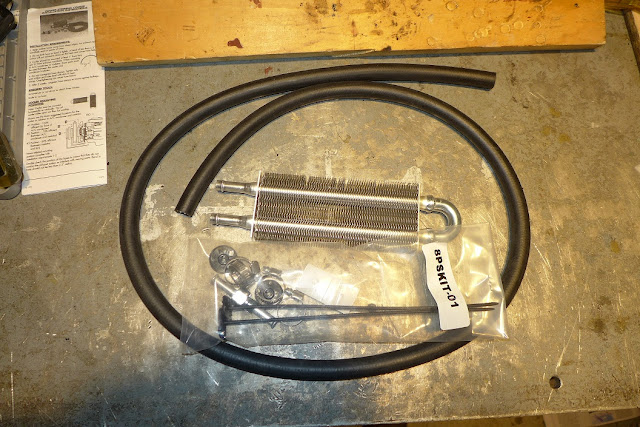 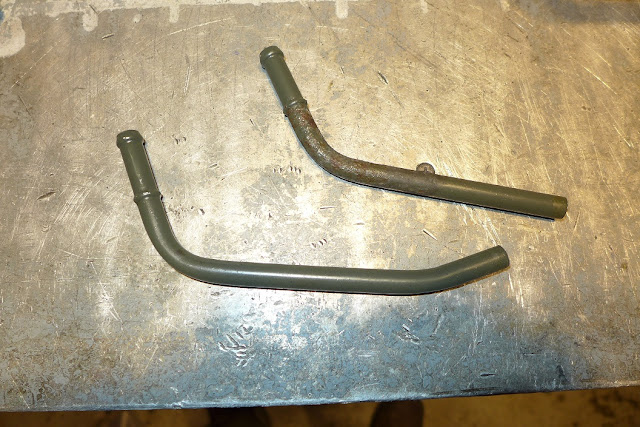 So I cut the ends of the old pipe off 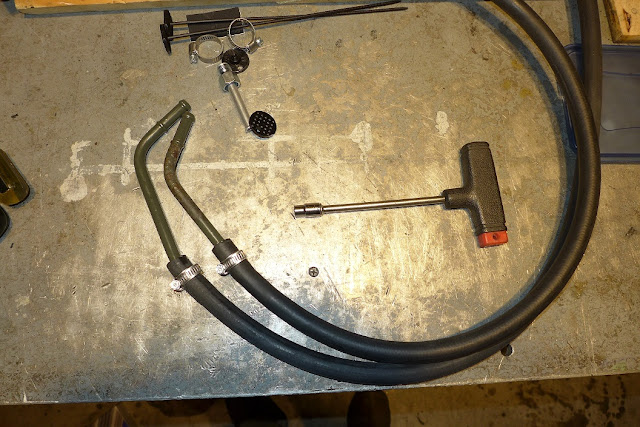 And cut the three foot piece of hose that came in the kit in half and attach the pipe stubs with the hose clamps provided . 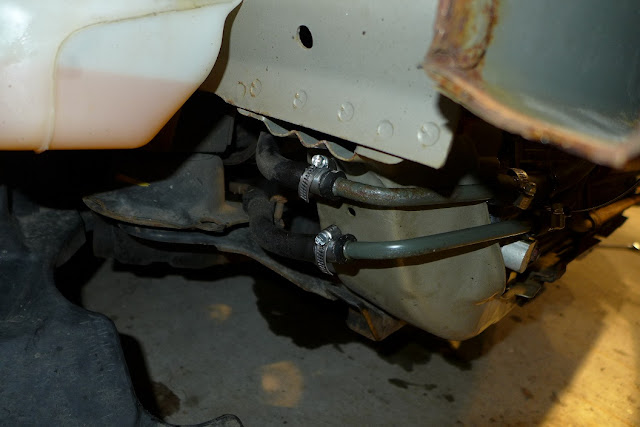 Fit the other end of the pipe stubs back on to the rubber lines coming from the power steering pump and reservoir . 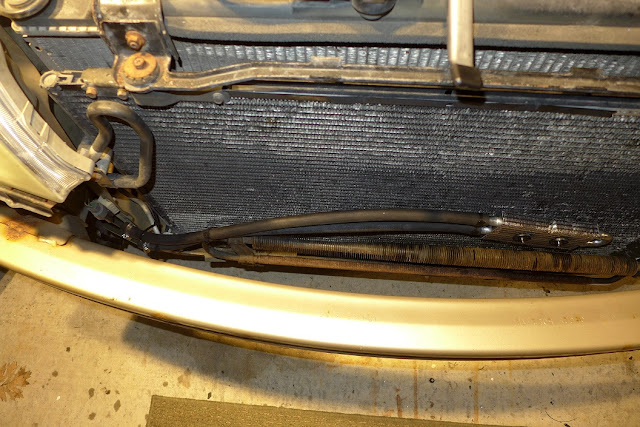 The little radiator from the kit plugs in to the other end of the hoses . . . 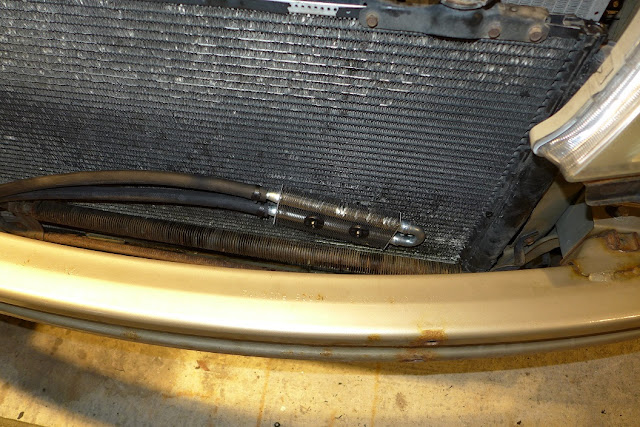 . . . and gets zip-tied to the air conditioner condenser .

Refilled the reservoir with two bottles of Honda specific power steering fluid and it appears to be back in working order , and its not pissing power steering fluid on my driveway .
Another couple hours to reassemble the plastic bumper cover and we have a working car again . 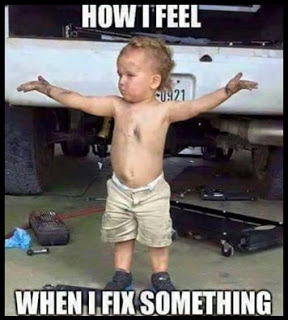