A one pot easy meal for two scrounged together from what was available in the fridge. 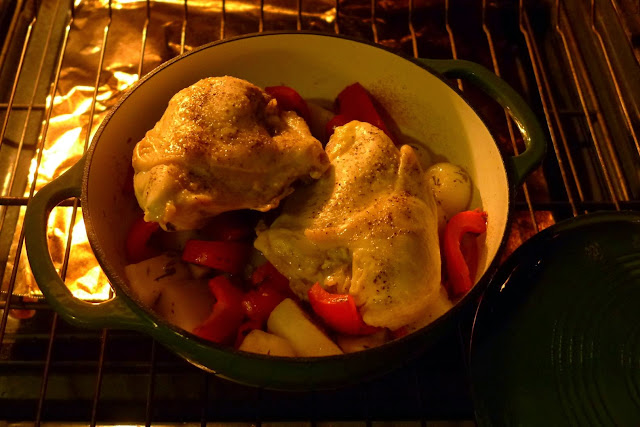 Couple of medium sized potatoes peeled and cubed. One large bell pepper cut in one inch chunks. Six or eight one inch boiling onions. Two chicken breast halves. Could be done with pretty much any other bits of chicken as well. Toss everything but the chicken in a bowl with olive oil, salt, garlic powder, pepper, and a handful of tarragon and coat well. Pop it in a dutch oven or heavy cast iron casserole and put the chicken bits on top. Sprinkle salt pepper and tarragon on the chicken as well. Add 3/4 of a cup of Chablis and cover with the lid. Pop it in to an oven at 500 degrees Fahrenheit for an hour or so. Delish