Cheaper than eating out.

Prepared up a new batch of salmon for the smoker. Usually I like using the Steel Head Trout from Sam's as it is a bit firmer and has the skin on and that works better for curing and smoking. But they had none, so we settled for farm raised Chilean salmon instead. 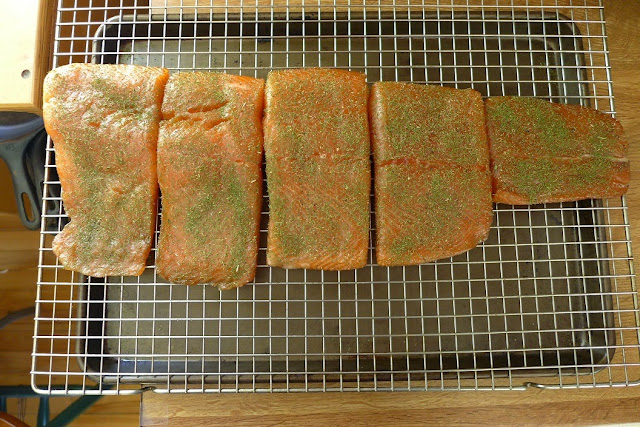 The usual cure, 50/50 salt and brown sugar, an handful of garlic powder, pepper and a good bit of dill. Wrap it all up in sarran wrap, and weighted down for about 12 hours. Next morning rinse and set to dry for a couple hours on a rack with a fan in a cool place. 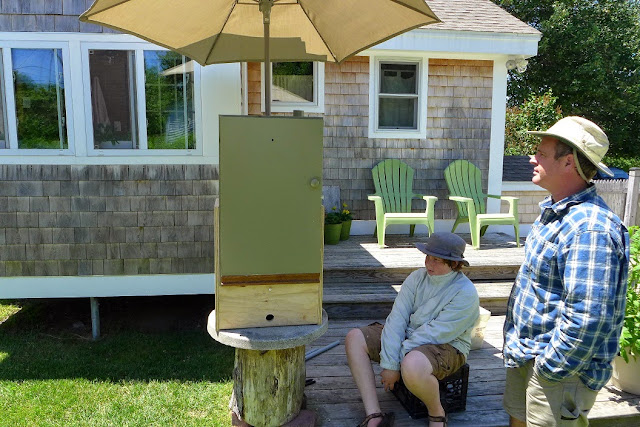 Made some modifications to my smoker cabinet as we wanted to try using just some cherry shavings without using a hot plate to get them to smoke. 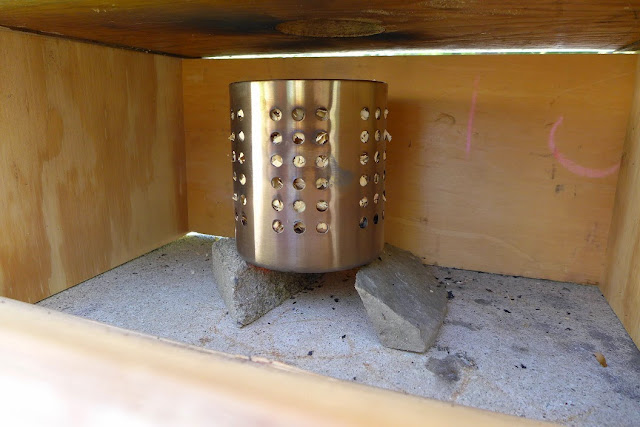 Jonathan and Noah came up with this little neat perforated kitchenware container from Ikea that could do the trick. Stuffed it full of cherry wood planer shavings and lit it with the torch enough to keep it smoldering without flaming up. A bit of a trick to do on a windy day. 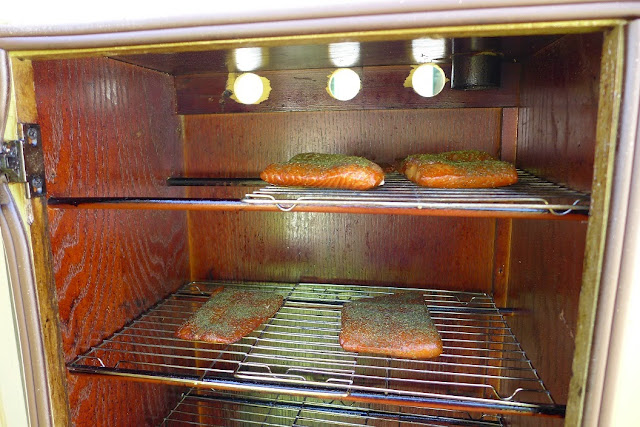 The results after about two hours looked and tasted great, though due to the wind we had a hard time regulating the burn and the temperature and it got a bit hot on us so it cooked a little bit as evidenced by the white protein oozing out of the top center piece. 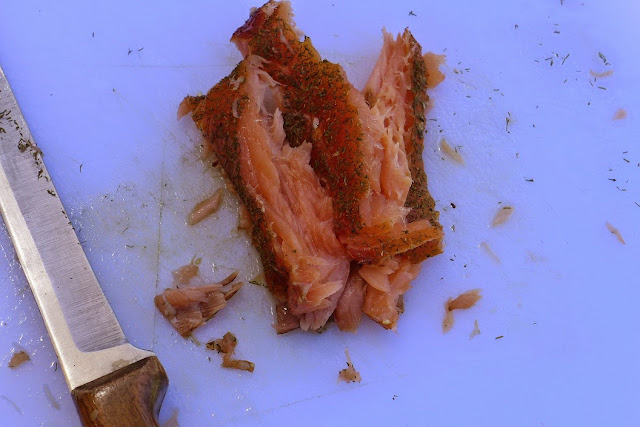 Even though it was cooked a bit, It washed down well with a couple of beers. 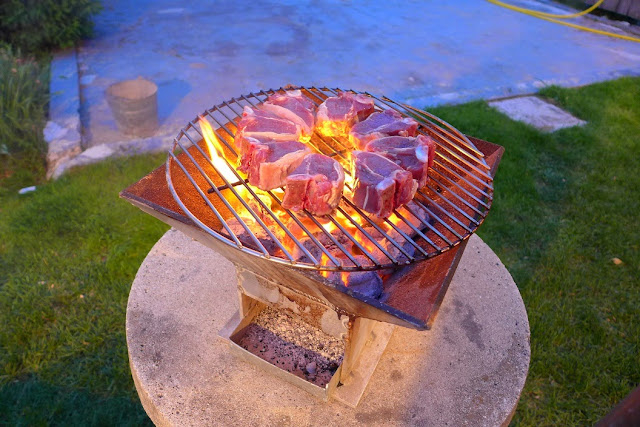 Ended the day with some lamb chops on the grill. 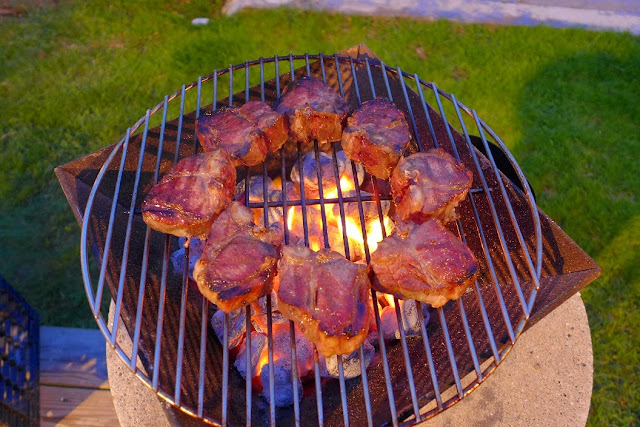 All in all a bit of money, but still way cheaper than eating out and had left overs for the rest of the week.