The old maple on the corner of the property has seen better days and chances are it is not long for this world. But it does shield the house from the summer sun so I'd like to keep it there as long as possible. 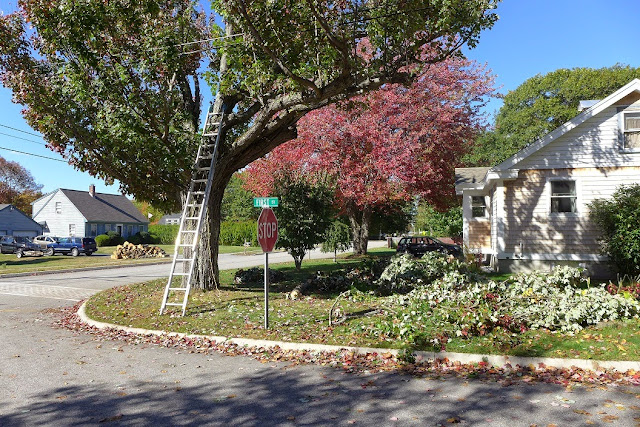 Before we bought the house ten years ago to the day, it had not been maintained and had grown a bit wild. When the town repaved the street five years back, they put in new storm drains and they carelessly cut a large hole for a catch basin quite close to the tree and damaged a large amount of roots. The second year we were here, we had a big wind storm and lost two large branches that arched across the front of the house towards the other maple by the driveway and framed the house nicely. Ever since it has been a matter of slowly cutting back the long branches in the hopes it will develop some more new growth closer in. The last time it was pruned about 3 years ago Central Maine Power company did a bit of a hack job on it. So I figured best do some preventive pruning myself and clear the long branches away from the cables again, so that in the event of an ice storm this winter it will be less likely to take the cables down. Now before you go screaming NUTS, The lower cables are telephone and cable TV. The very top one is the actual 1800 volt electric cable and I stayed well away from that one. 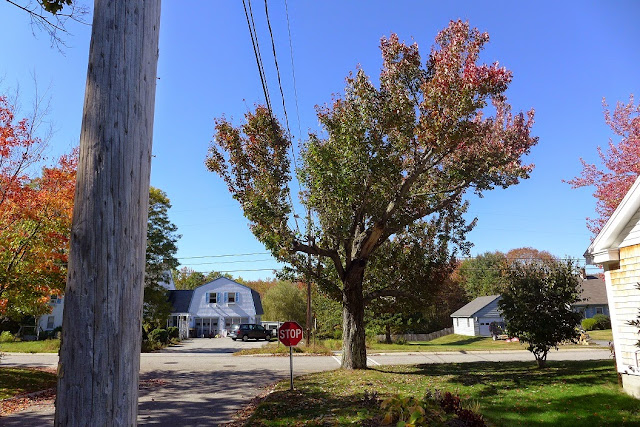 Here you can see the large swath I cleared that allows a clear path for the cables. If you enlarge the photo you can also see where a third large limb broke of a couple years ago. I'd like to trim the top branches on the right a bit but don't have the means, nor am I brave enough to climb that high. All the cutting I did was what I could reach from the top of the ladder. 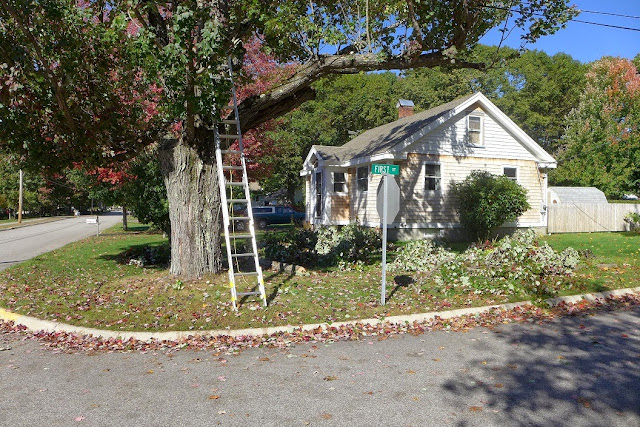 As usual it turned in to a bigger job than I had expected. 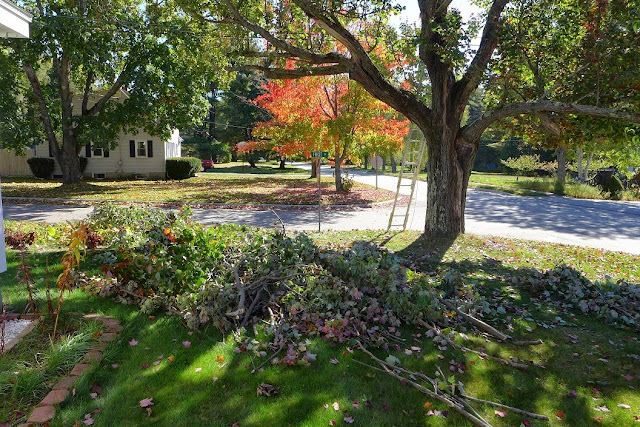 And in addition to a bit of a wrenched back, I made myself a large pile of brush I need to dispose of now. From this side you can see where the two larger limbs broke off.
Posted by Mike Silvius at Monday, October 06, 2014