Saturday afternoon my friend Jonathan invited us to try squid jigging with him and his son Noah. None of us had ever jigged for squid before but it sounded like fun. So we met at the Falmouth town landing just after sunset. Noah had already scored one by the time we got there. Things really got going after nine pm when the sodium lights on the dock kicked on. Squid like moths are apparently attracted to the light and there were at least a dozen other people there dipping their jigging lures hauling squid in at a fairly constant rate. Noah scored the majority with about nine or ten to his name in two hours time. Jonathan got about four and I got a big fat goose egg. Then a couple of fellows that were headed out tuna fishing offered Noah 20 bucks for two squid. At first we thought they were just pulling our leg but it was for real. When one of the fellows said to Noah, " Hey kid twenty bucks will buy you a whole lot of Ice cream", Noah jumped at the deal. Apparently Tuna love live squid. They took two of the larger ones. By about ten pm we called it an evening dividing up the remainder of the catch in two piles. Got home and cleaned our half pound and put them in the fridge. Today we picked up another half pound of squid at the fish store along with a pound of muscles.
As Sunday was a gray rainy day a hardy dinner was in order. 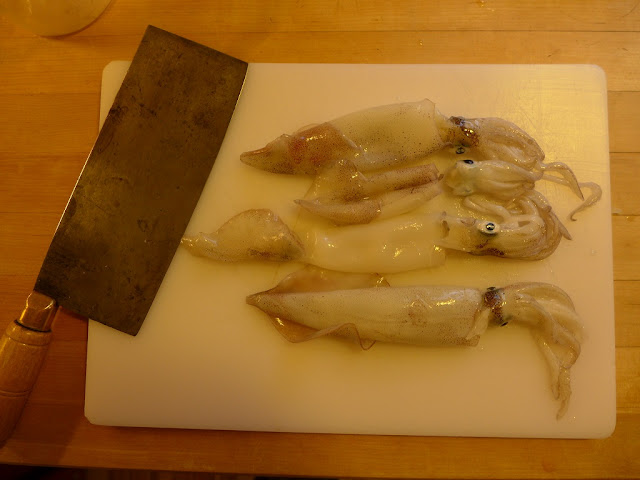 Our half of Saturday night's take. 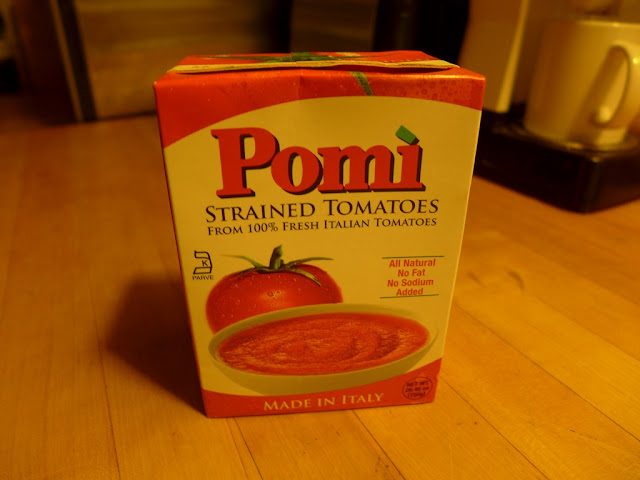 I sauteed half a large onion and some bell pepper for a while, then added a cup of strained tomatoes and a cup of chablis. 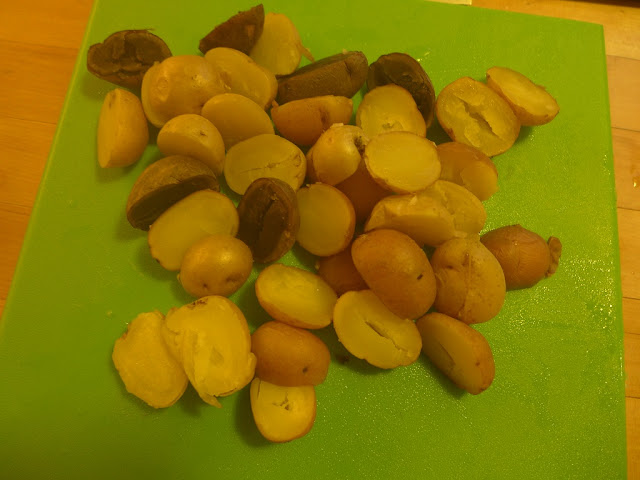 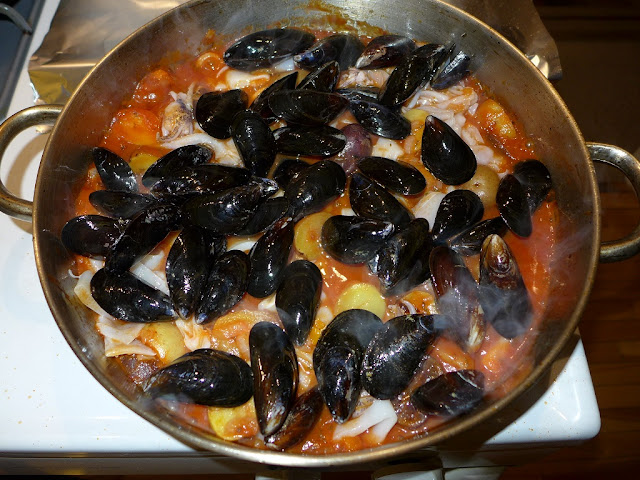 About three cloves of elephant garlic, salt and pepper along with our chopped up squid and the muscles go in the pan. Covered it and let it go for about four minutes until the muscles were open. 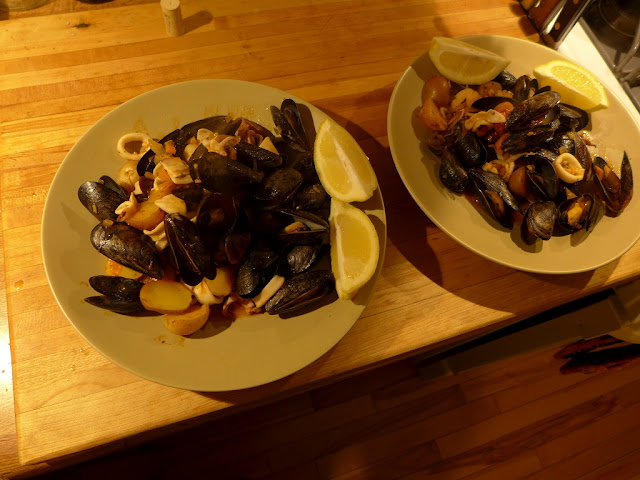