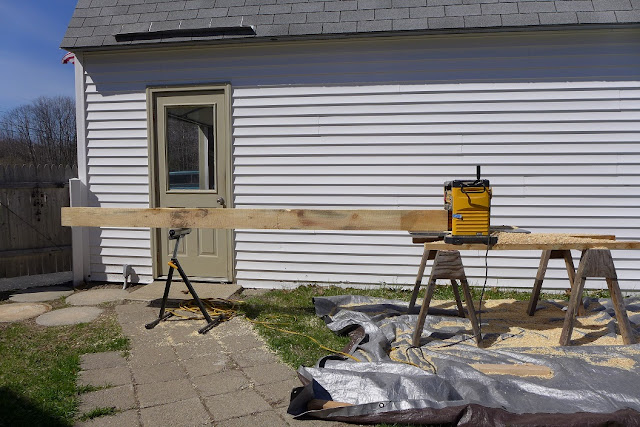 Ten foot long is just about the limit of what I can handle alone . 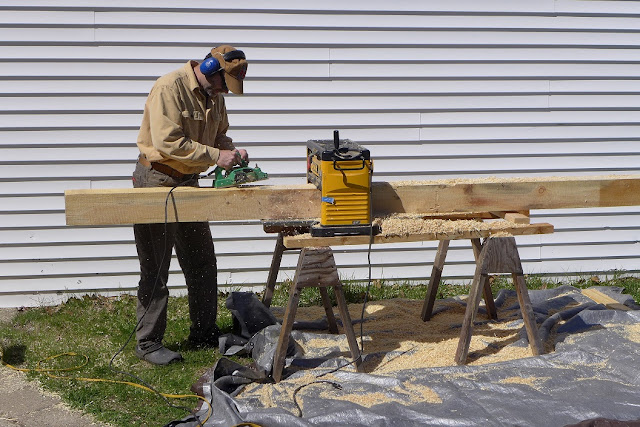 Of course since they are rough cut, and the thickness planer only opens up to six inches, they did not want to go though the machine if there was any variation, so I had to hit some stubborn spots with the hand planer when they got stuck. 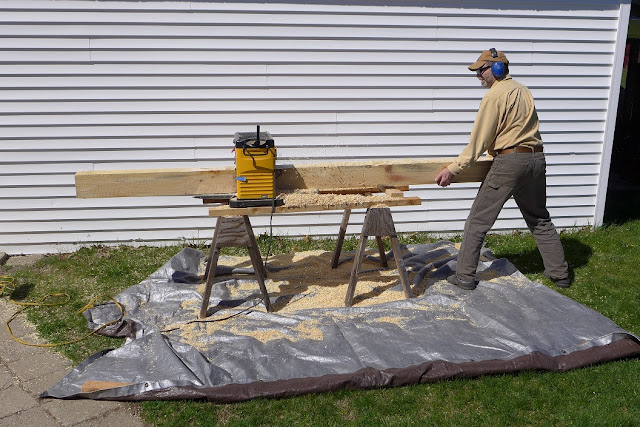 I should have cut them down to length first so they'd be easier to handle, but I wanted to clean them up first so I could select the better looking part of them . 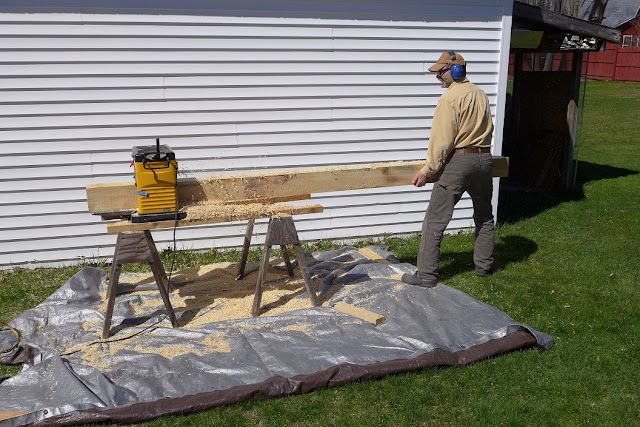 Not a lot of fun on this part . 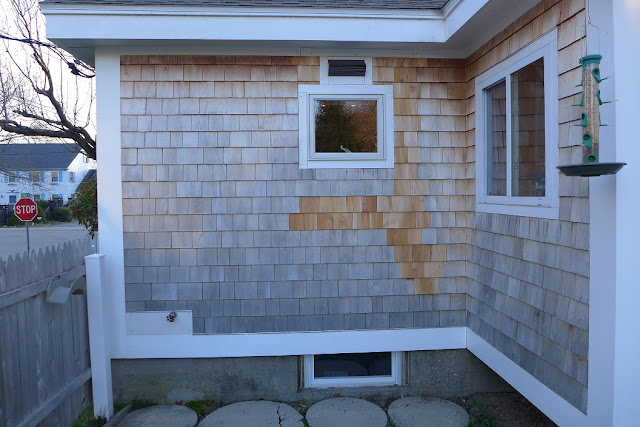 Got the new kitchen window trimmed and re-shingled back in . 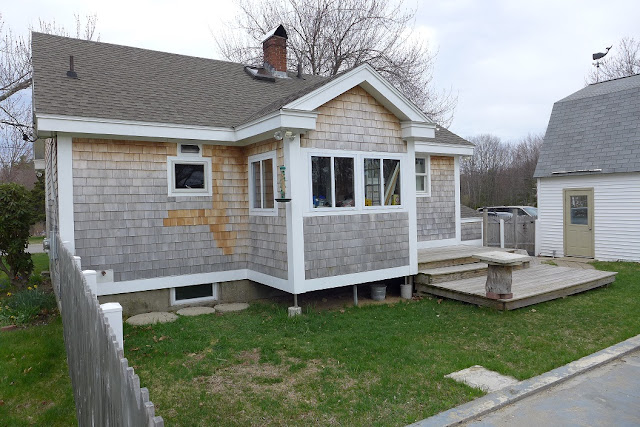 Did my best to reuse some of the old weathered shingles so it would blend in . 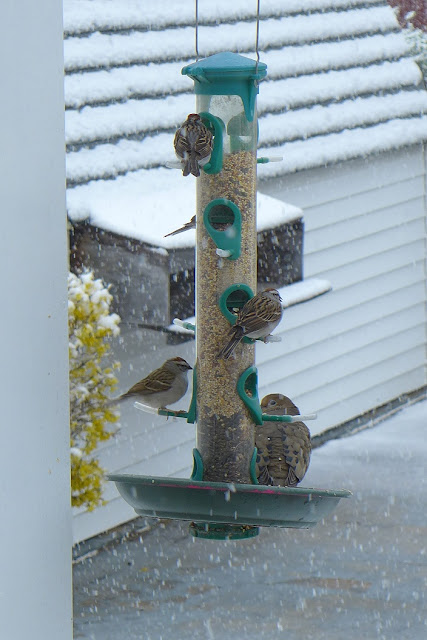 Then it snowed three inches and the welfare bums came for a handout . 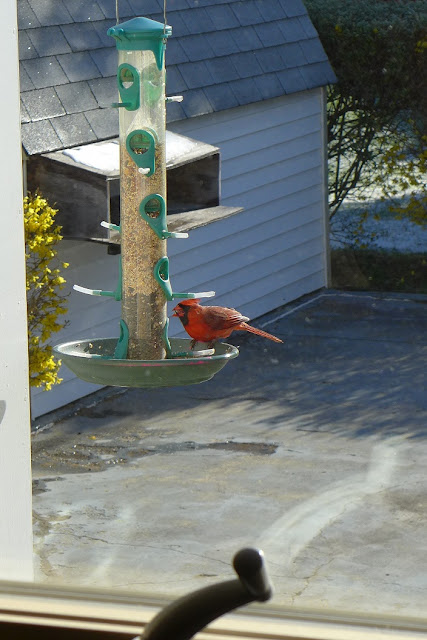 By noon the next day the snow was mostly gone . 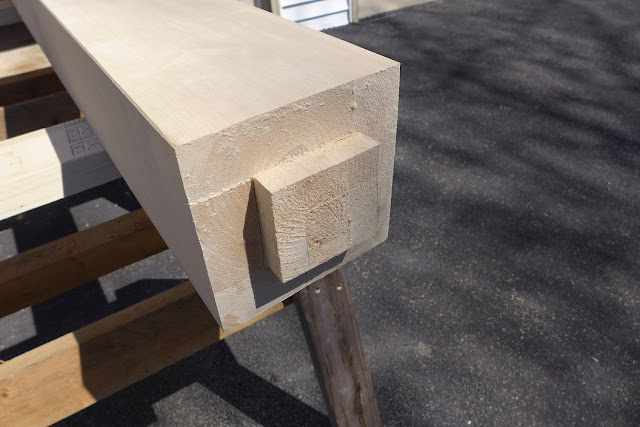 Cut the timbers to length and cut a shallow tenon on the top end to fit in the mortise I previously made in the beam. 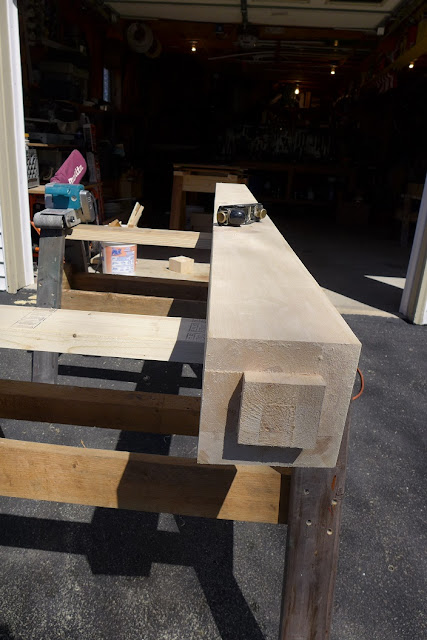 Sanded them and knocked the corners off with the block plane . 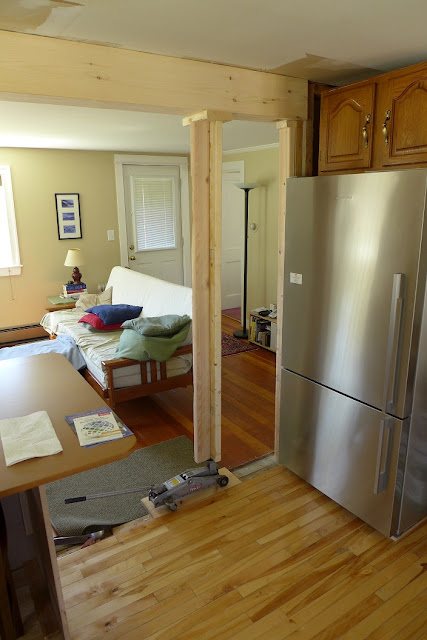 Using my floor jack this time, I lifted the beam enough to remove the temporary posts and fitted the permanent posts shimming them up 3/4 of an inch at the bottom so the mortise and tenon would fit together at the top  . 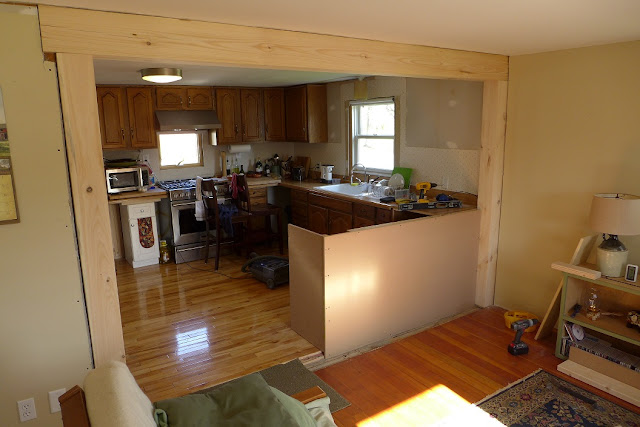 Once the post were in place the island goes back together again . It all seems so much easier in pictures . 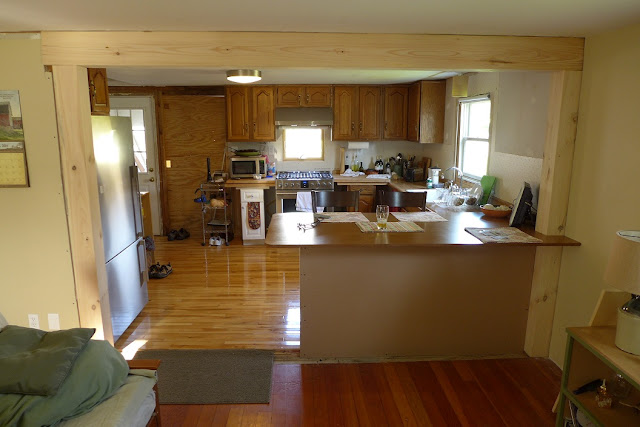 And I cut the counter-top to fit around the new post . Earlier this week I rebuilt all my saw horses as they were all getting a bit wobbly . 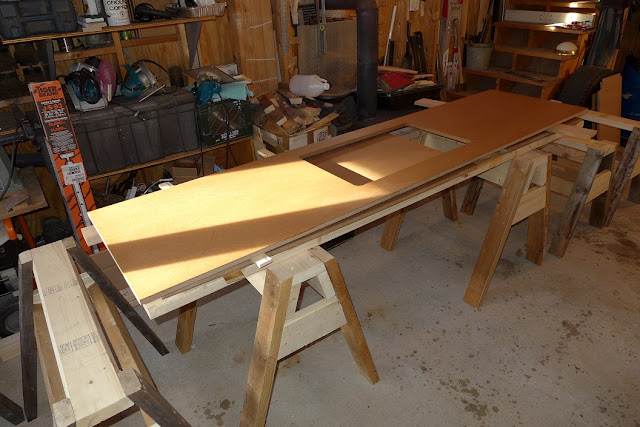 Made up some temporary MDF counters in preparation for when I tear in to the sink side wall . 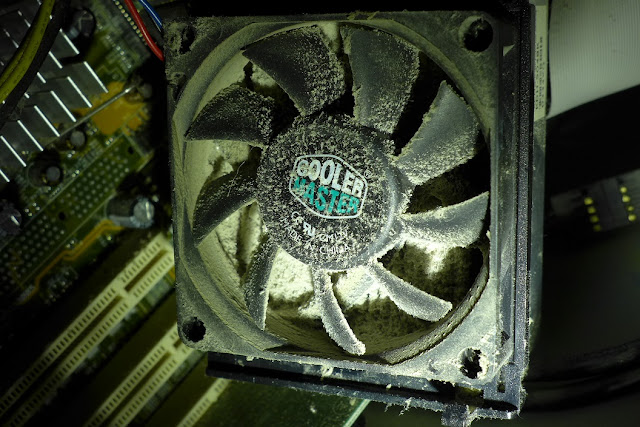 And since I was able to fix my over heating lap top last week , and the desktop computer fan was acting up a bit, I tore in to that one too. 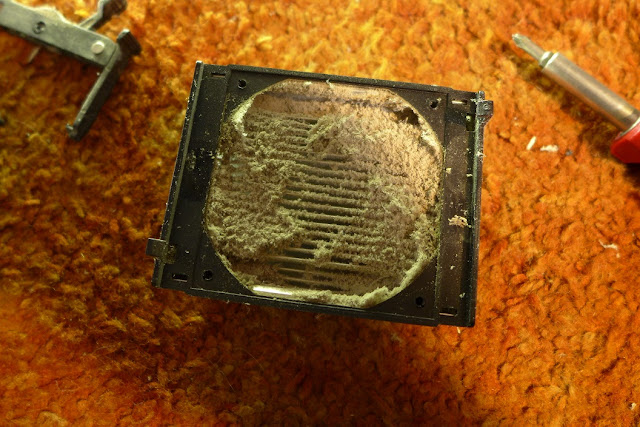 And found the heat sink completely clogged, so got that one cleaned as well.