Seems the local welfare bums have been getting a bit aggressive lately . They were not content with the bird food on the patio floor but have now taken to crossing the power lines from the pole to the house and attempting to get in to the bird feeders hanging on the soffits of the foyer . So it was time to dig out the old homemade critter trap . 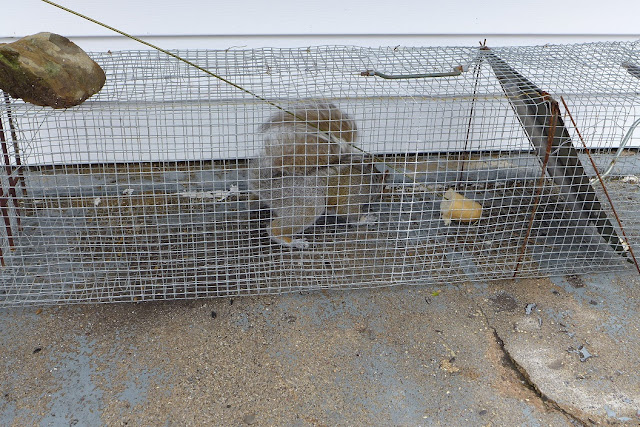 In no time flat Number One found out the free food is never really free . 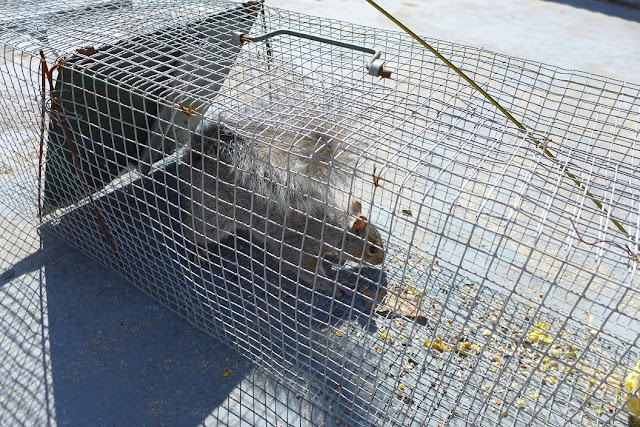 A day later Number Two learned his lesson and also went for a ride a few miles away , over by the town dump , where he has to cross several roads to make it back this way . 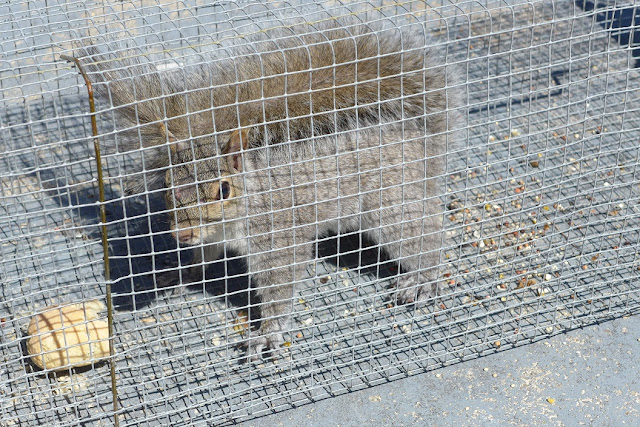 Today I watched Number Three go in and come back out . But he was way too tempted and soon his fate was sealed . 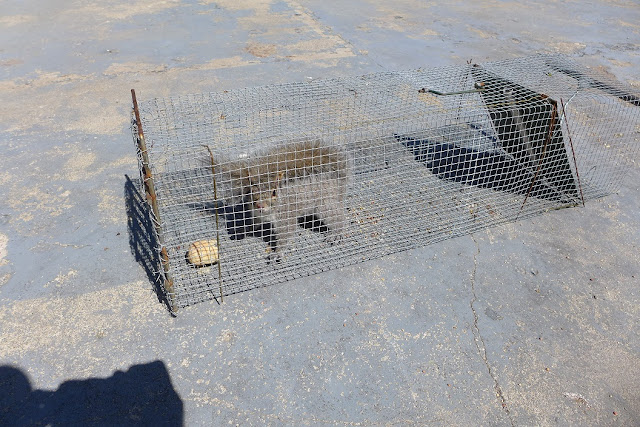 Pretty good for some old chicken wire and an old Coleman stove lid I found by the side of the road . 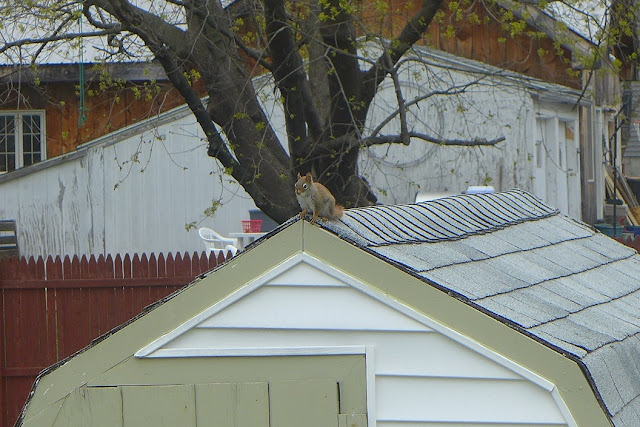 We've also had this little critter visit on occasion . He is most definitely not a Gray Squirrel, and not a Chipmunk , but he don't look like any red squirrel I have ever seen . And I have never seen any reds around here in 13 years we have lived here . 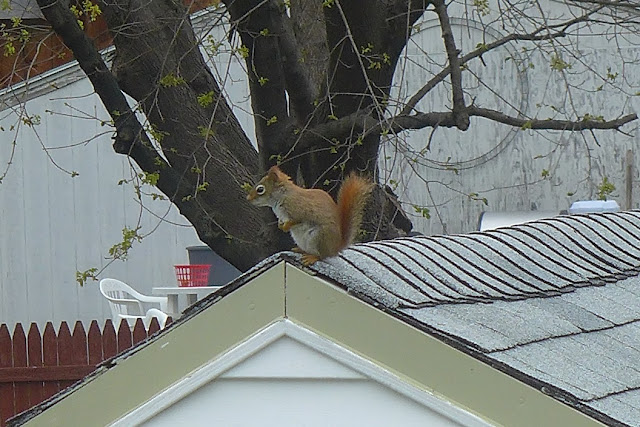 Here is a profile shot of him . He best look out if he tries any funny business with me he'll be joining the other three trouble makers over by the town dump. 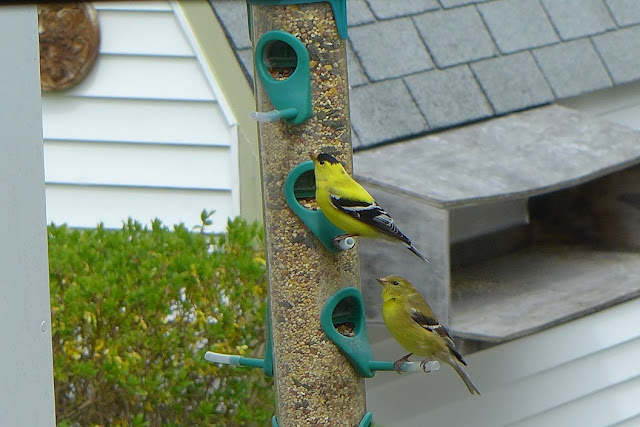 We've also had a pair of Gold Finches visit . Never had them here before . 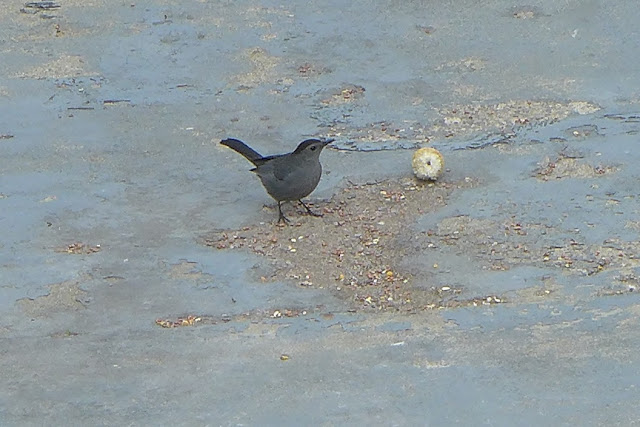 A pair of Catbirds have been coming around as well . 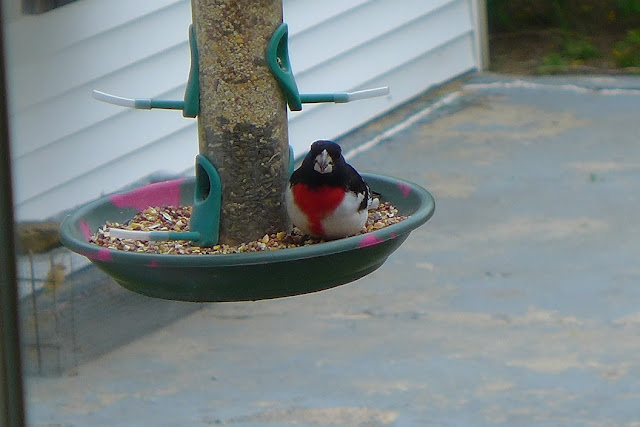 And most interesting of all a Red Breasted Grosbeak . 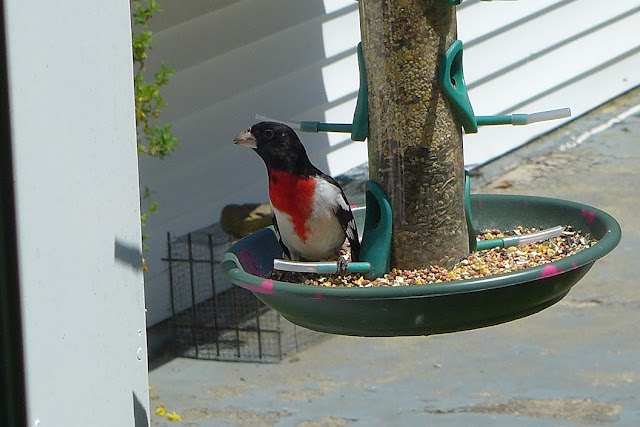 He is definitely a new one to us . 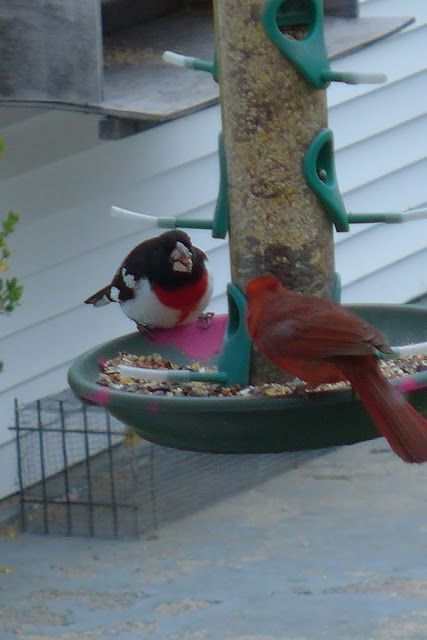 Our bird book says he is a cousin to the Cardinal , and he may well be , but they don't really like each other as the Cardinal let him know whose bird feeder it was and chased him away . 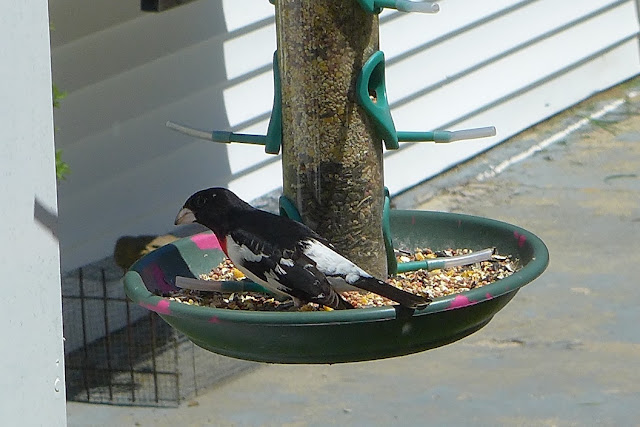 Different looking guy for sure .