As it was raining on Thursday and not much could be done out-doors, besides I have orders from the doctor to take it easy on my lame arm, I loaded up my gear and drove up to Howell's in Gray to try out their new indoor shooting range. 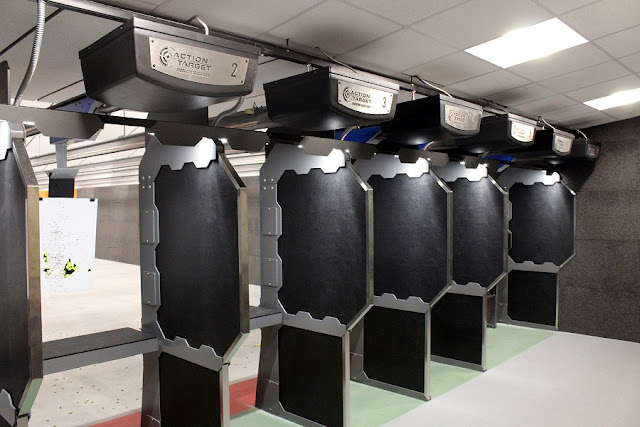 Went through about 150 rounds with the 9mm S&W and switched over to the Rossi model 68.
First shot sounded real lite. Hmmm! Real odd ..... OK...... STOP..... Unload the cylinder and check.
I can see light though the barrel. No obstructions. That was odd!
Lets reload and try again. Second shot was like a cap gun, just a little pop and no recoil. Alright then!!! something is not right. Unload the cylinder and check. 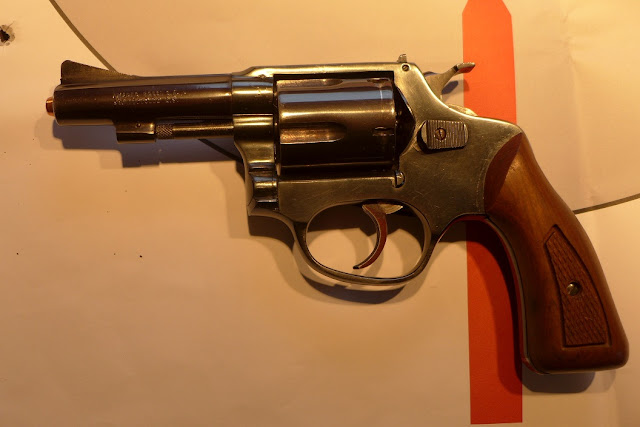 Well look at that! 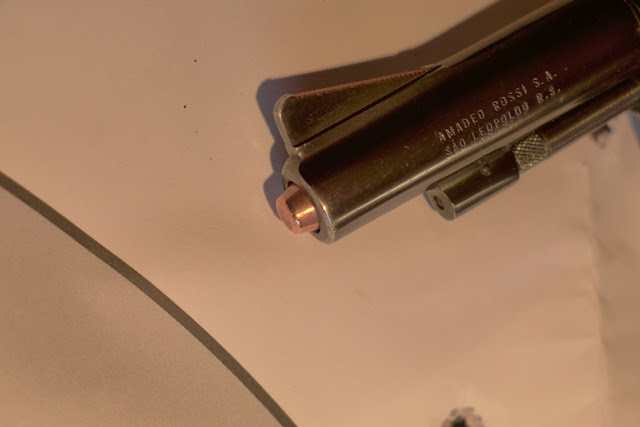 That is what they call a squib. When a bullet gets stuck in the tube. If you pull the trigger again with one like that you get a big Kaboom and in all likelihood you will damage the firearm and be seriously injured. Good thing I am a bit paranoid about these things and was being careful. OK so we put that one away and go back to the 9mm. Cut out after only a half hour and headed home as I only brought a couple hundred rounds for the 9mm. 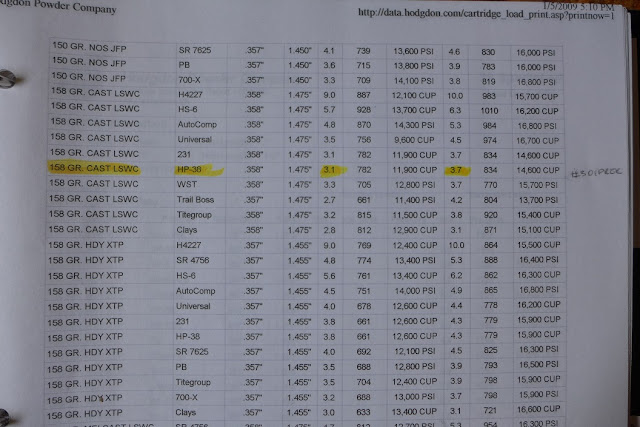 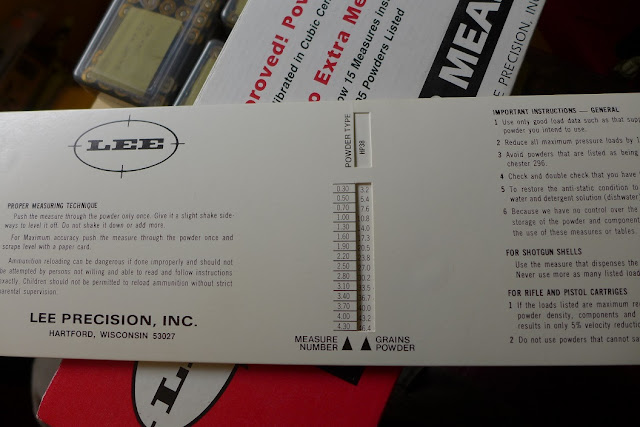 This allows the ease of using the .03 cc dipper from the LEE powder measure kit to meter powder and makes for nice light powder-puff target loads. 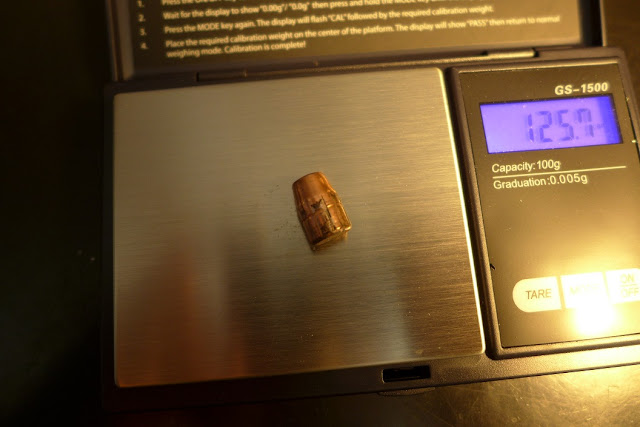 When I got home I cleared the obstruction easily enough and weighed the offending bullet.
125.7 grains? no wonder!!! 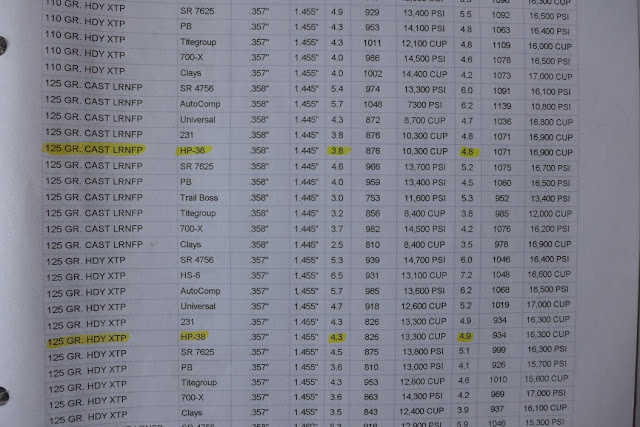 3.2 grains of HP-38 is not nearly enough to propel a 125 grain bullet down the pipe. Using my Hornady bullet puller to remove the bullets off the remaining cases in the box I found 25 of them, one half the box had 125 grain bullets and the powder was consistently 3.2 grains. Somewhere along the way I must have had a major Brain Fart and grabbed the 125 grain pill box instead of the 158 grain box when I was reloading them. Lesson learned.
NOTE: For those not familiar with reloading the it seems counter intuitive to use a less propellant for a heavier projectile, but you have to think of it in terms of maximum allowable pressure in the firearm. See the right hand column in the above image. A lighter projectile offers less resistance than does a heavier one, thus the pressure is less if you use the same amount of propellant as you would for a heavier one. So for lighter projectiles we use a heavier propellant charge or you have the results I experienced here. Also to consider is whether the bullet is cast lead or jacketed as they offer different resistance and this result in different pressures, even if they are the same weight and use same charge of propellant. 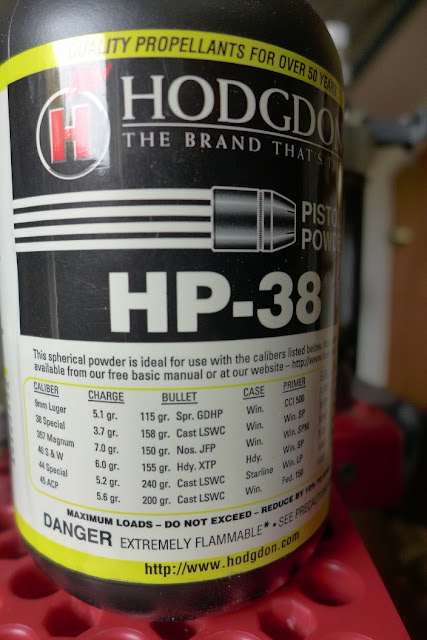 On the Hodgdon can it  list 3.7 grains of HP-38 for the 158 grain bullets, but that would mean weighing every powder charge individually as .... 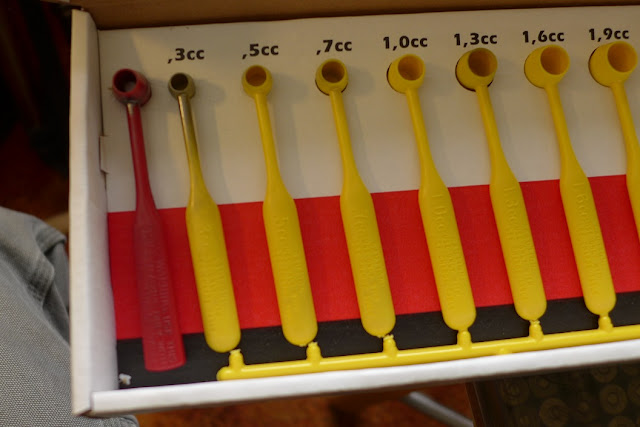 .....one of the issues with using the LEE Powder Measure kit I like, is that it skips a few dippers in the selection. No .2cc came with it so I have an older one I have added. But more importantly there is no .4cc dipper, which is exactly the range useful for the HP-38 powder. 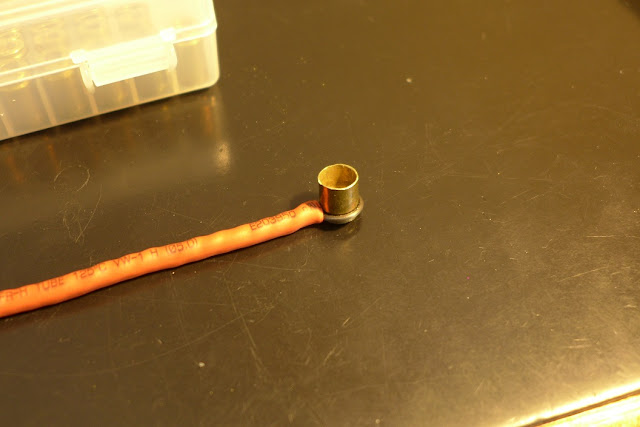 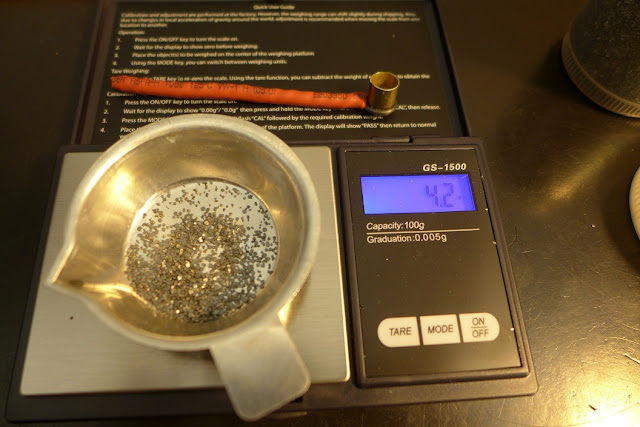 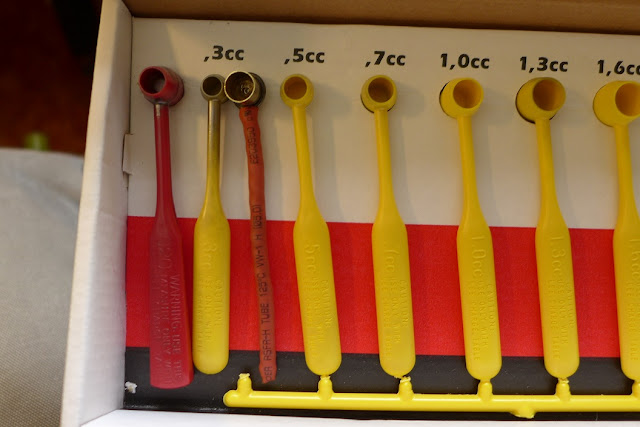 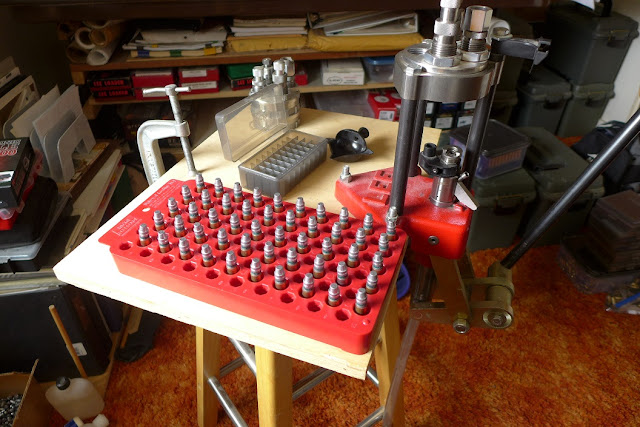 So I did a bit more reloading using my standard recipe. 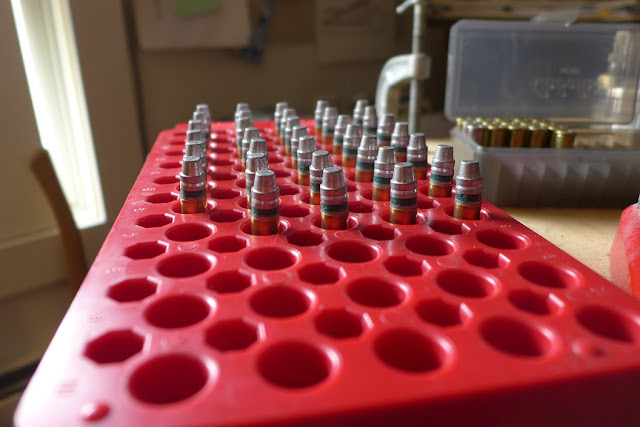 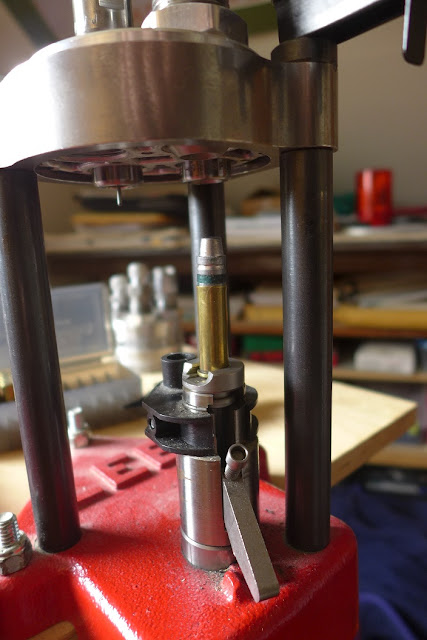 On the press before seating 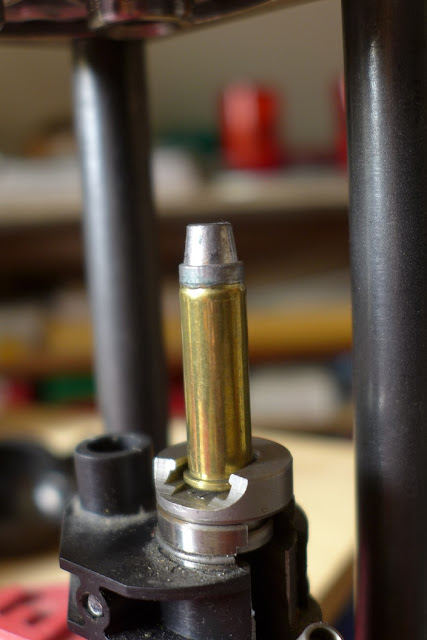 Seated and crimped, about 5 cents cost compared to 25 cents for store bought 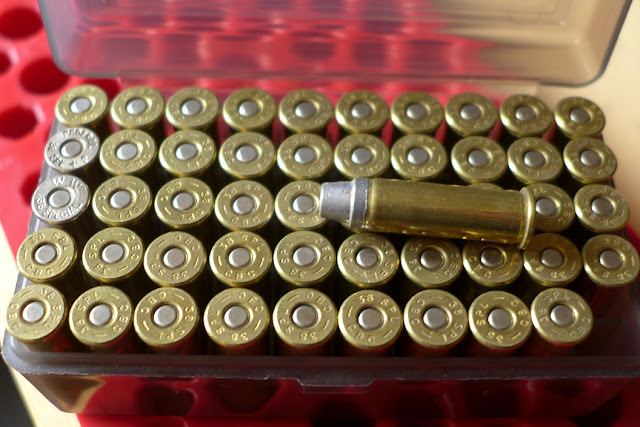 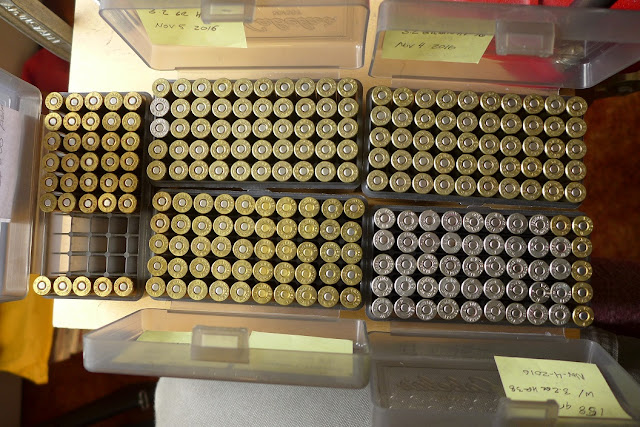