It's the job that never ends. Not a bad thing really. The smaller hallway closet in my customer's house needed some shelving. But it had to serve both as a coat closet and a place to park large kitchen counter-top appliances. Nothing to it.
So I picked up some birch ply, some #2 pine and fired up the wood stove in the garage. 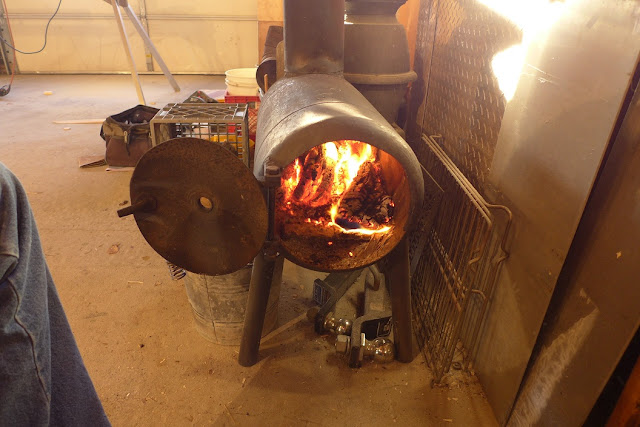 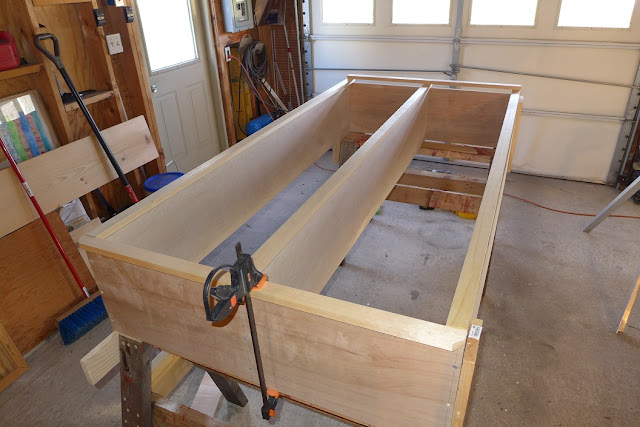 A couple of hours later, once I got some of the cold knocked out of the garage I started to put together a kit as it would need to come apart in order to get it in the closet. 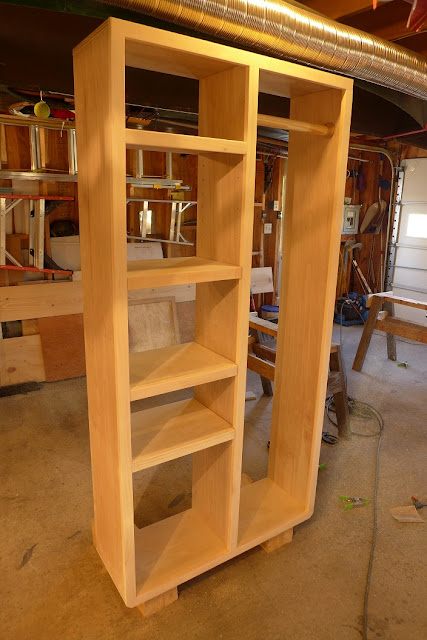 About 4 hours of fiddling got me this far. 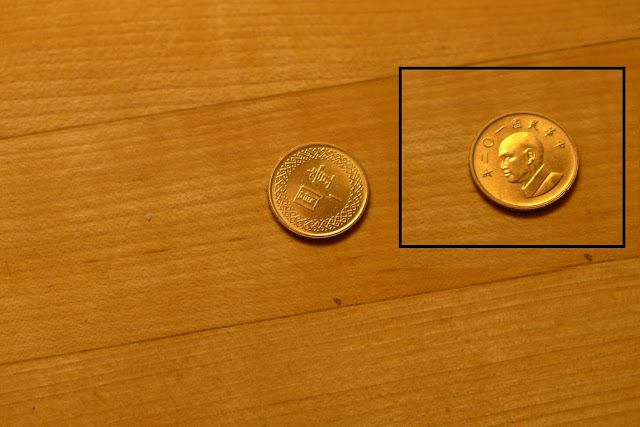 I was out of the shelving pegs so I ran to Lowes to pick up some more and bought a small bag with 20 count of them. When I got home and opened it I found this Chinese coin in among the shelving pegs. I figure some poor slave worker in China is trying to send me a message. 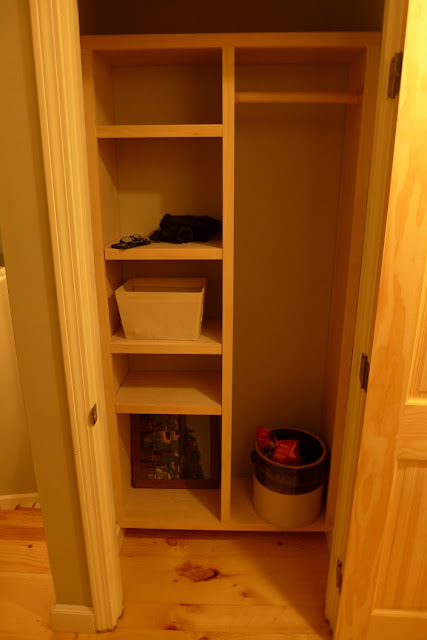 On Friday afternoon before the storm I took it all apart and brought it over to the house. With some degree of fuss I was able to assemble it inside the closet. The whole thing sits on the top edge of the baseboards and there are screws that go in from the underside to fix the bottom to the sides of the shelving unit. I used the shelves to elevate the whole box temporarily while I got those screws in from underneath along with some liberal use of expletives. 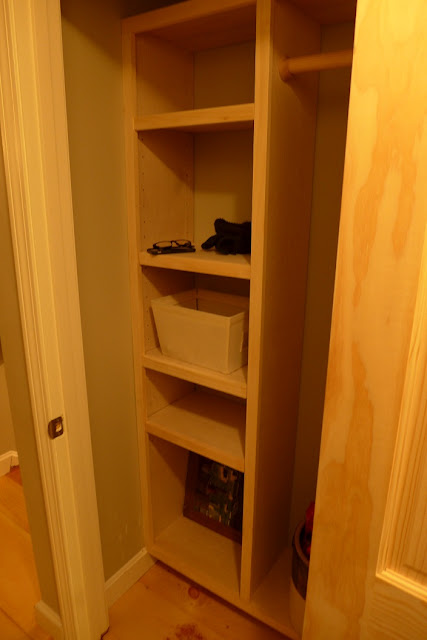 The shelves on the left are on moveable pegs can be adjusted for height as needed. 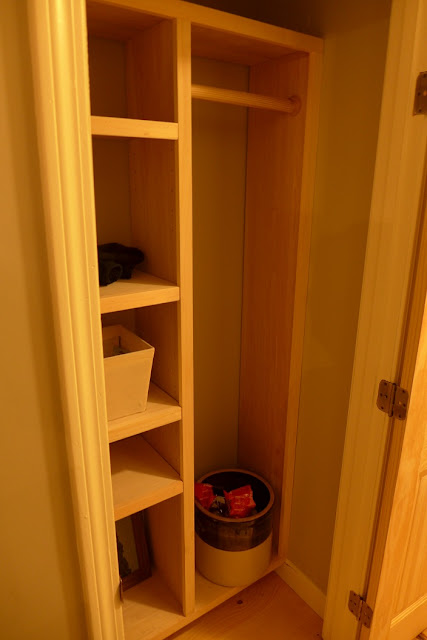 Murphie's food bucket even has a place to live. 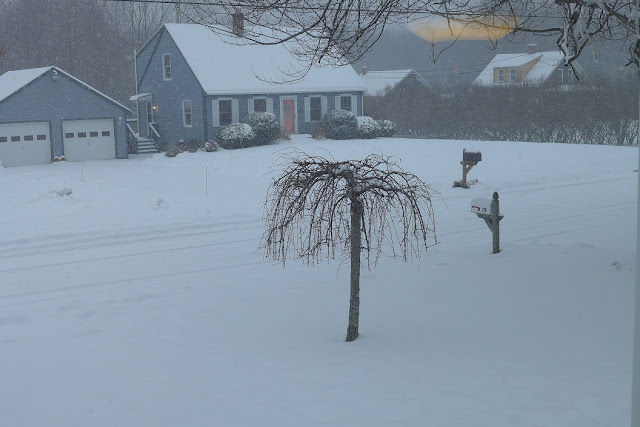 Then Saturday morning we woke to winter. 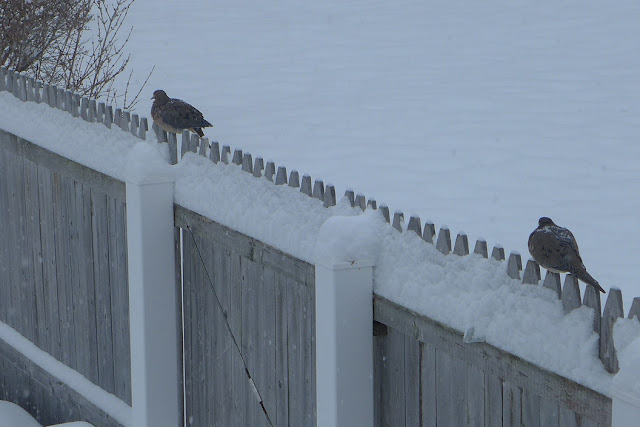 Doves were huddling on the patio fence. 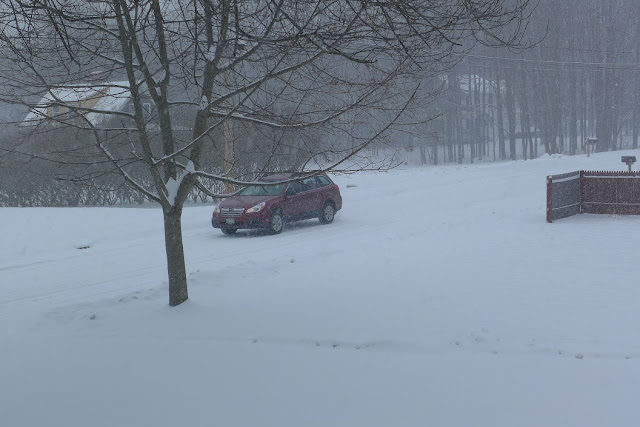 There were a few fools driving around. 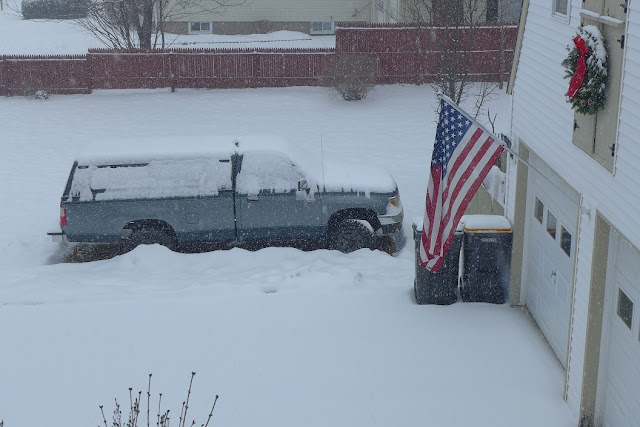 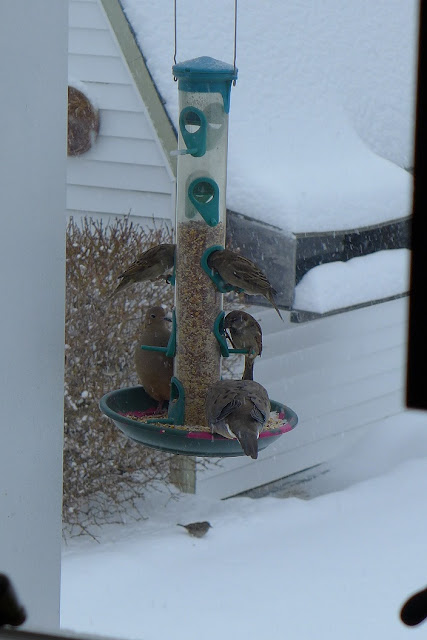 Welfare bums were helping themselves to the spoils. 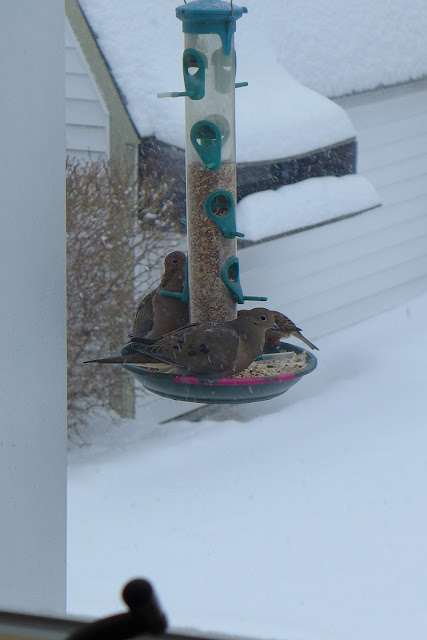 I hear tell those doves make for good eating. 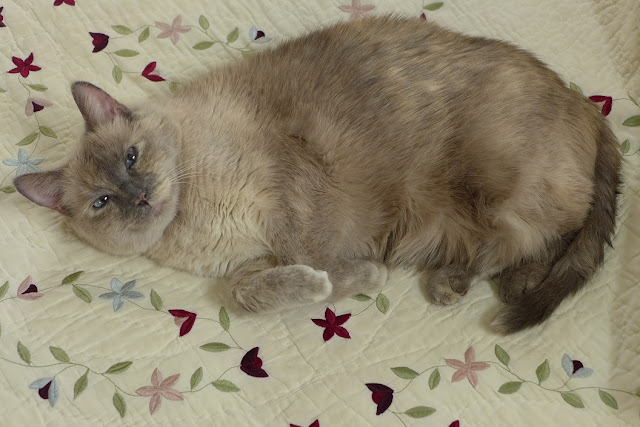 Pearl had the right idea.