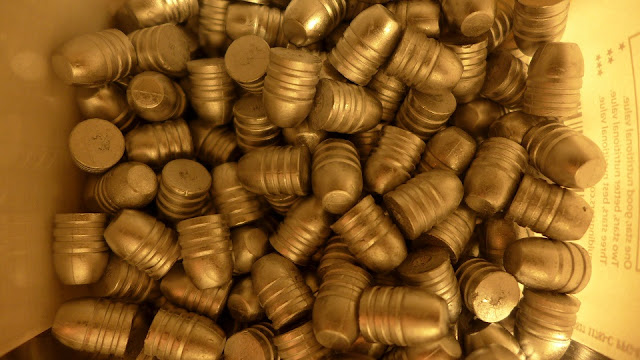 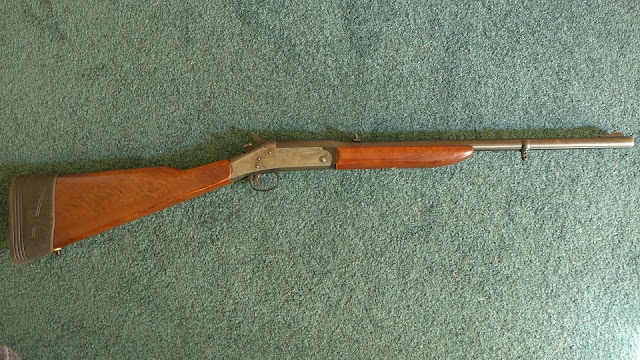 A while back I picked up an old single shot Harrington and Richardson Model 58 Handyrifle in 44 Magnum . Upon doing some research I learn it has the less than optimal Marlin 1 in 38 micro-grove rifling that is known to be over bore beyond the normal .429/.430 thousands . From what I read due to the slow rifling they seem to perform best with projectiles under 250 grain . 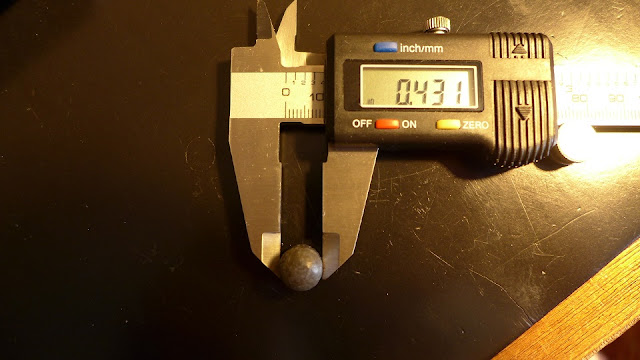 When I slugged the barrel with a soft lead weight and measured it we show .431 thousands 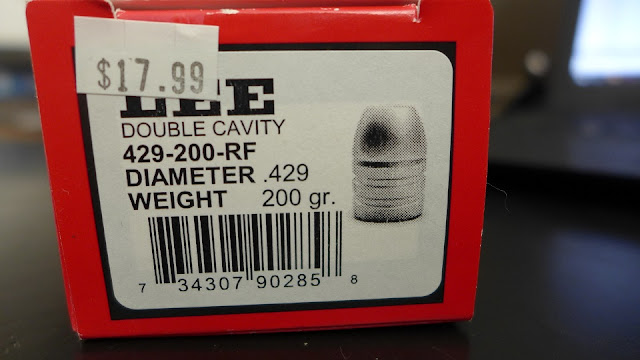 Before I bothered to do that I had ordered a Lee 429-200 RF mold . . . that is , four hundred and twenty nine thousands diameter , two hundred grain , round nose , flat point mold . 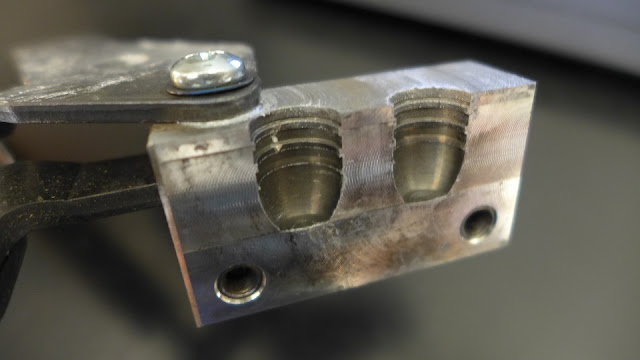 Looks like this . So after doing some digging I knew it might drop under size pills for my rifle and some additional fiddling might be needed to make them work . Either powder coating them or honing out the mold with some valve dressing compound might be in order . 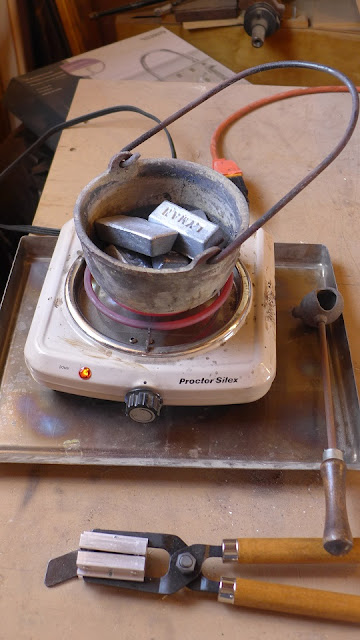 So I fired up the hot plate and the casting pot and figured I might as well find out what it does . 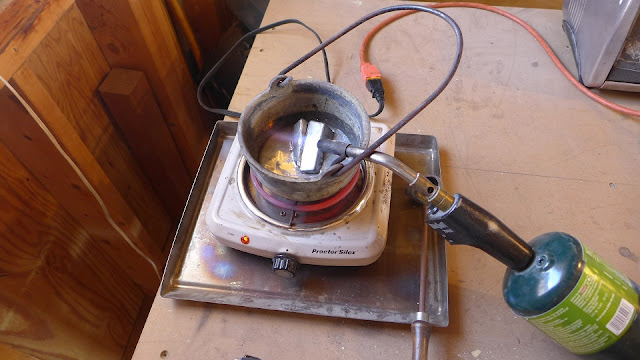 Needed some extra heat to get things going in the cold garage . Yes, I was next to the window and had a fan extracting the fumes . 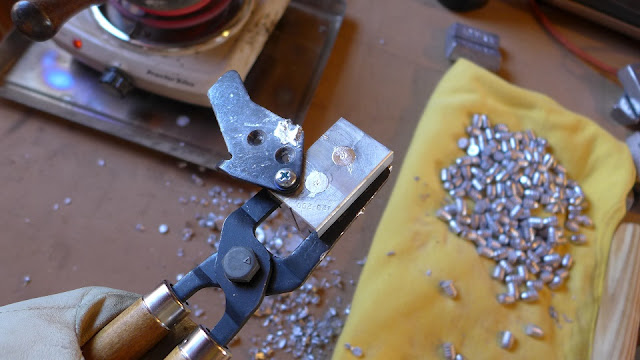 Poured and sprue cut off 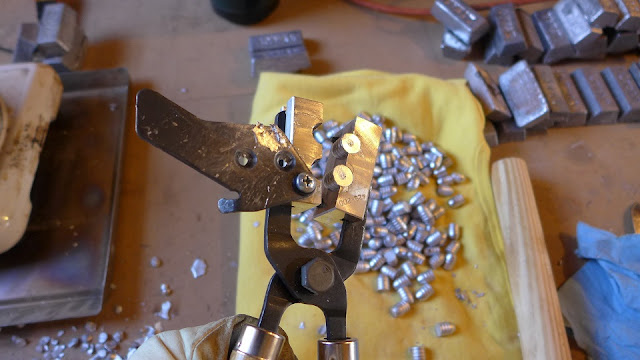 After some initial fumbling I got in to a rhythm . 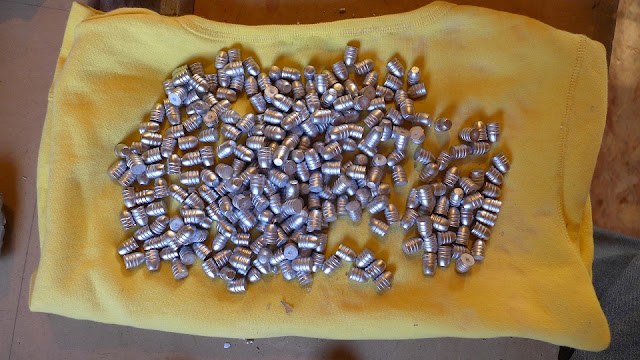 An hour of work gets me a nice pile of decent looking 44 mag pills . 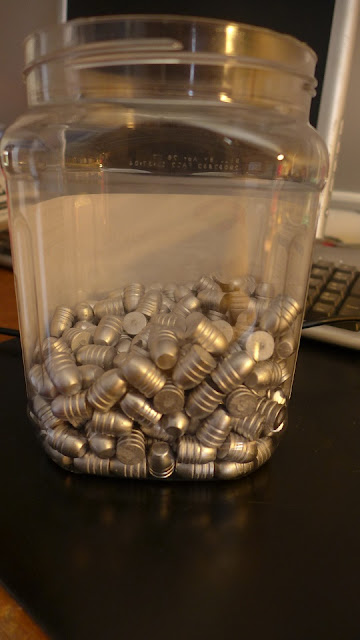 Half a cashew tub full . 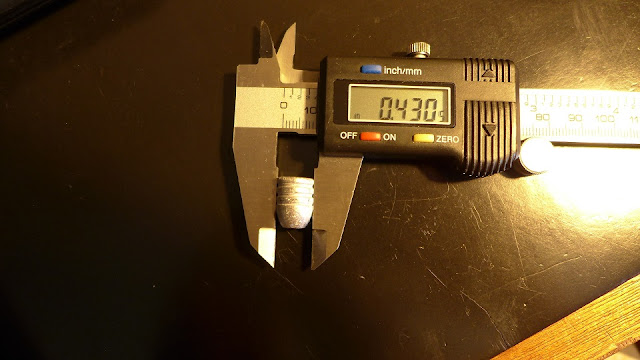 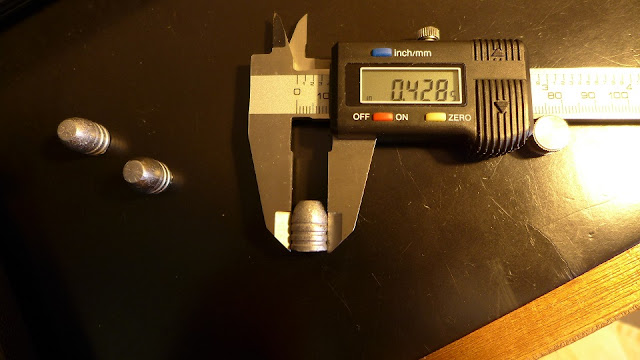 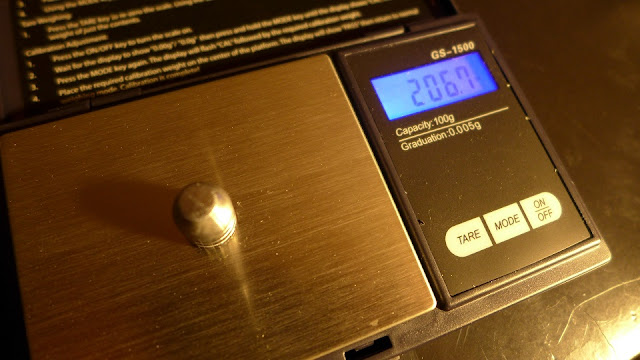 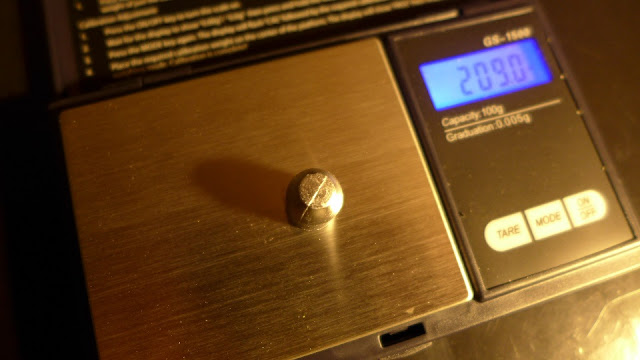 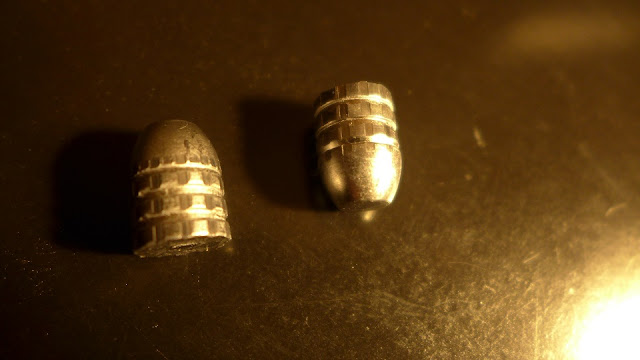 I pushed a couple down the barrel with a dowel, and though a bit undersized according to the micrometer, they appear to be engaging the rifling well . So they might work just like that without resizing . Still have to see how they do for accuracy . If they don't work I might get a sizing die and size them all to .429 thousands and try my hand at powder-coating them to gain a couple thousands of an inch .
http://isserfiq.blogspot.com/2015/10/shake-and-bake-powder-coated-bullets.html
Alternatively I could hog out the mold using one of these boolits with some valve grinding compound and a screw in the base chucked in a drill . 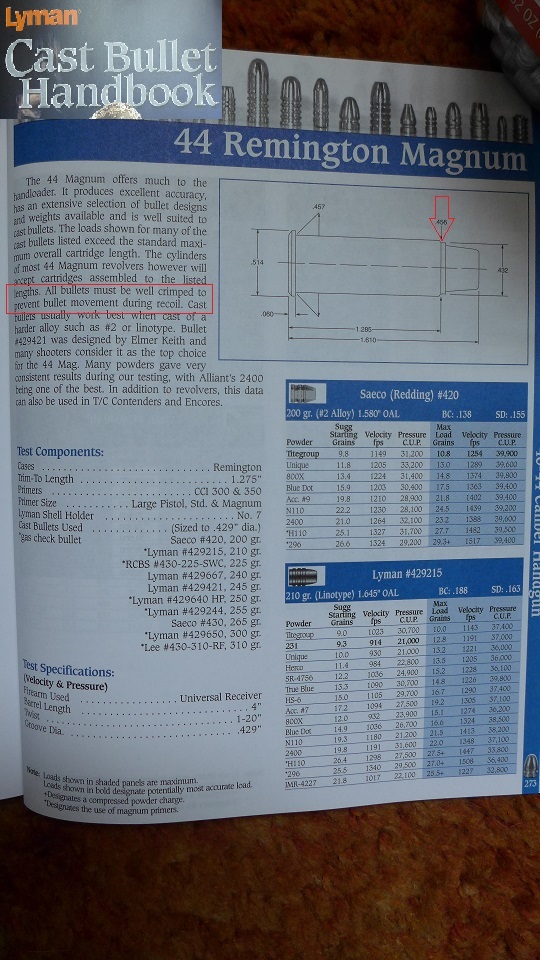 The Lyman cast bullet handbook does call for a heavy crimp on 44 mag for the reasons I mentioned in the comments.
Posted by Mike Silvius at Thursday, February 23, 2017