Quasimodo came to live with us

Mom called last Thursday to notify me that she had gotten a quote from a bunch of gypsies to take down some more trees on her property and they were coming on Saturday morning to do the job . No contract, no insurance , you know the drill . Same bunch of dregs that run around offering to seal coat your driveway on a Sunday afternoon cause they have some left over from the job next door . They quoted seven hundred dollars a pop and they were not even going to clean up and chip the brush . Guess who gets to do that part ? . . . . Yes and I am not even done with the crap from last October's storm .
I tried my best to talk her in to delaying it a couple weeks until I could get a couple other quotes but she would not hear of it , no amount of reasoning and no matter how much I pleaded .
One of the trees in question was an 80 foot tall pine that stands about 8 feet away from the plastic boat barn where dad kept Quasimodo , the 1962 Volvo PV544 he left me when he passed in November. Mom had not even taken that fact in consideration . It left me no other option than to run out and buy a new battery and see if I could get the thing started before some knuckle dragging mooks with needle marks up and down their arms dropped a tree on it . We ran up to Freeport on Saturday morning and had to shovel it out from behind a four foot snow bank . After about forty five minutes of work and several false starts, I was able to coax it to life and make the thirty mile run to bring it home with me . 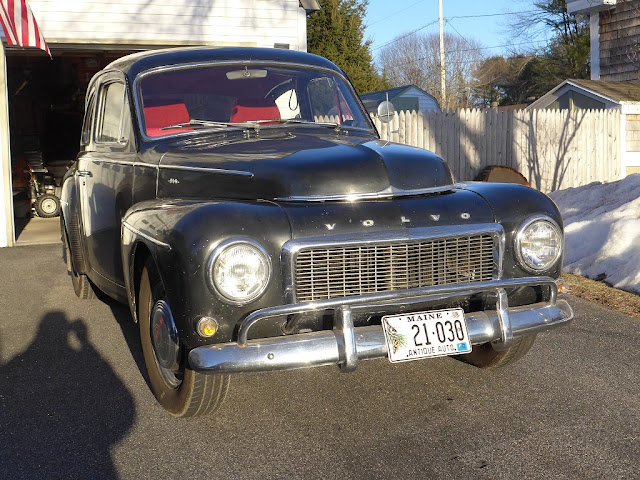 It now gets to live inside a real garage , and the daily drivers are out in the weather . 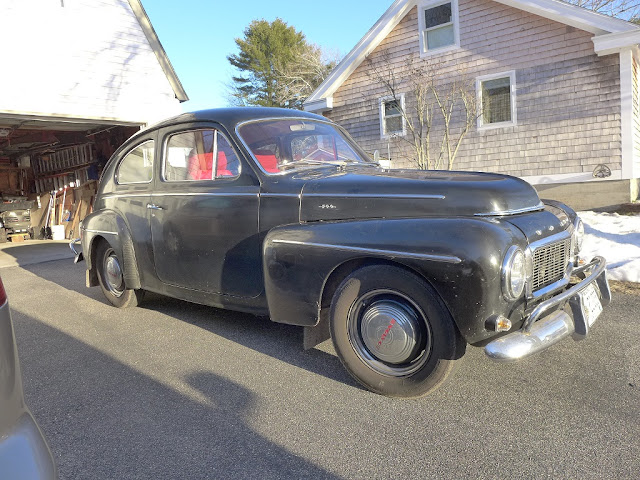 Original paint is a little rough in spots but has no rust . 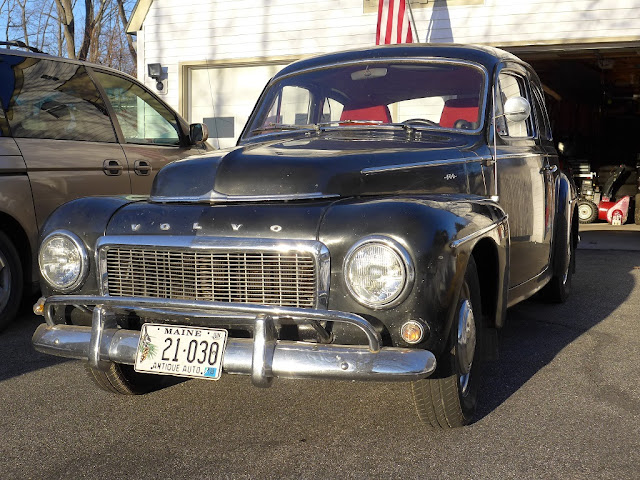 Not what you call the prettiest girl on the block , but it is different enough it draws a good bit of attention . 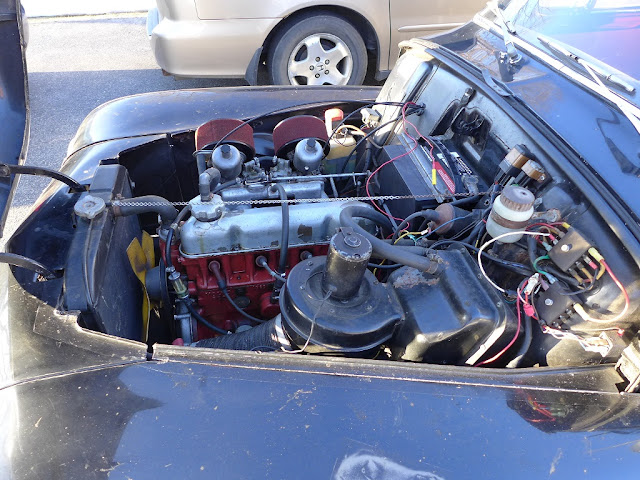 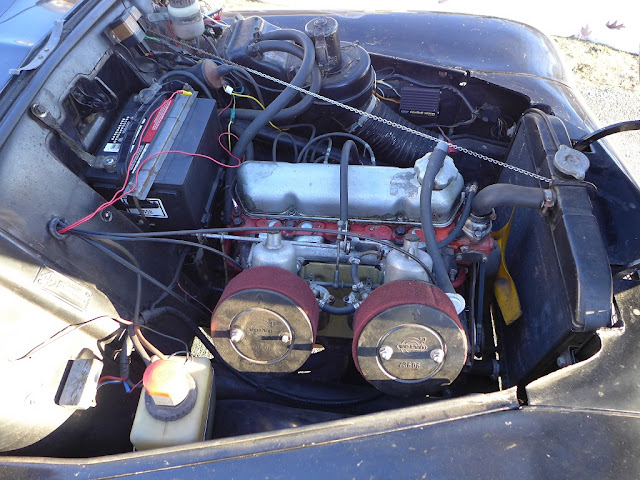 He also changed the original four speed  M40 transmission for the M41 with the Laycock de Normanville overdrive . It has been a couple years since we have able to get the overdrive to engage, limiting speeds to about sixty mph . So after I got it home I rolled the thing up on the ramps and put power directly to the solenoid that engages the overdrive and heard the telltale clicking indicating at least that part of the equation is operational . As the relays on the firewall are clicking when I move the switch I suspect the faulty part is the fourth gear cutout switch on the gearbox , which of course is completely inaccessible under the transmission tunnel . So I ran a couple new wires (the red ones running across the battery in the photo above) directly to the overdrive solenoid bypassing the cutout switch and the relays . . . . 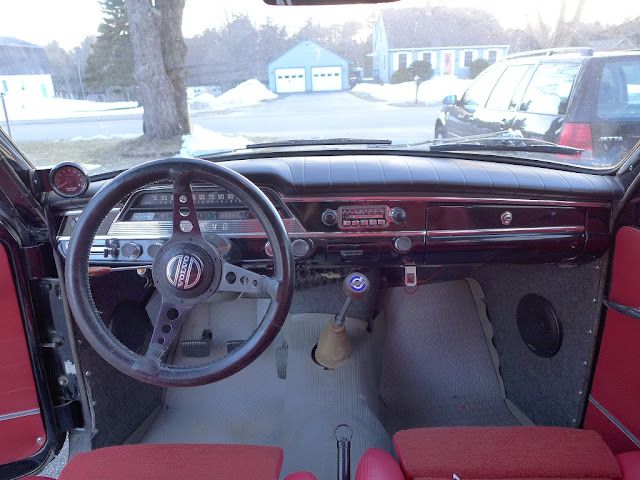 . . . . . and tied them to a new toggle switch temporarily mounted under the dash , and took it out for a run on the highway . Hit the switch once in fourth gear and it shifts in to overdrive cutting rpm and decibels by a thousand allowing us to reach about seventy five mph and purr along at 2800 rpm . At which point things get a bit squirrelly as the bias ply tires are really not meant for those speeds .

If you are inclined you can read dad's lengthy account  about how he shoehorned the overdrive transmission in the PV here: http://www.vclassics.com/pv_od.html