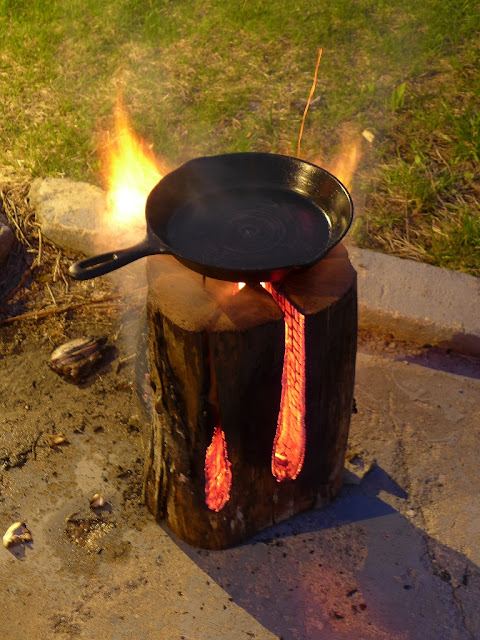 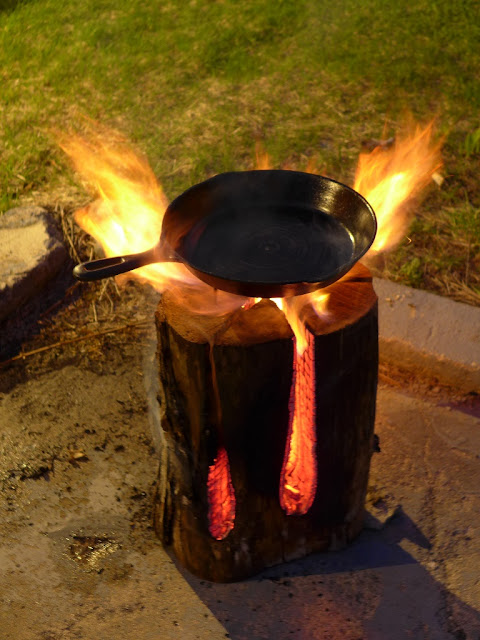 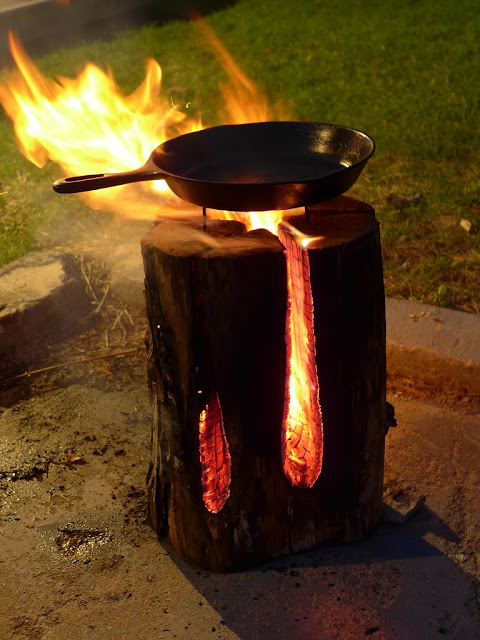 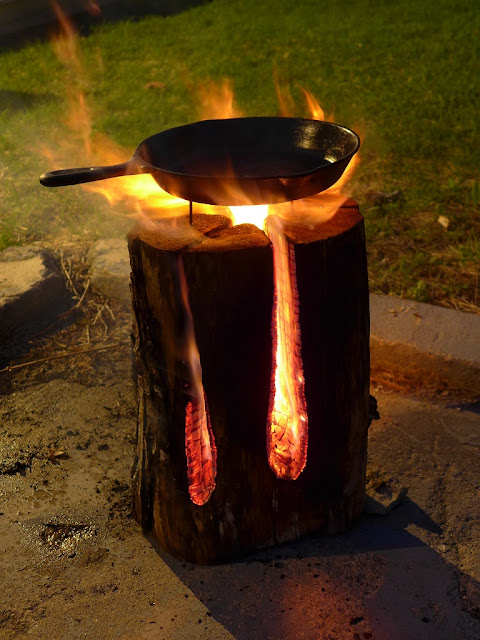 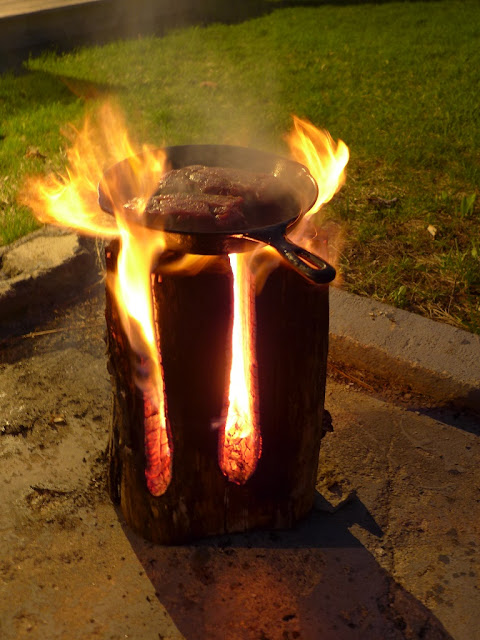 The thing really puts out some serious heat . 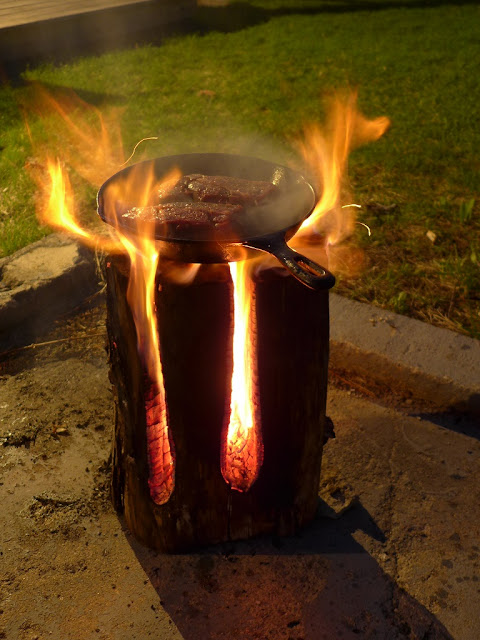 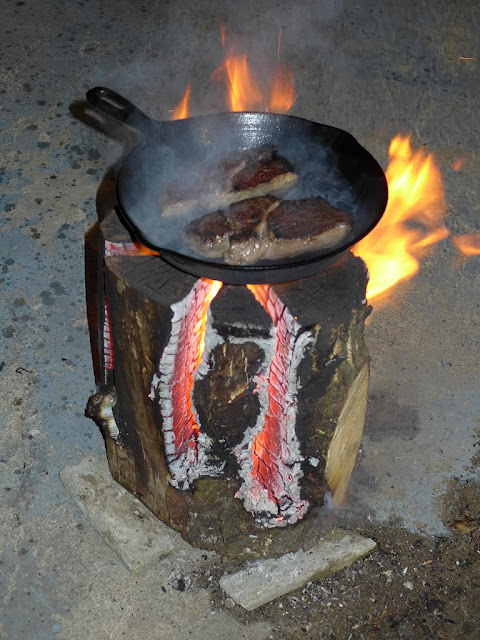 here is what it all looks like with flash 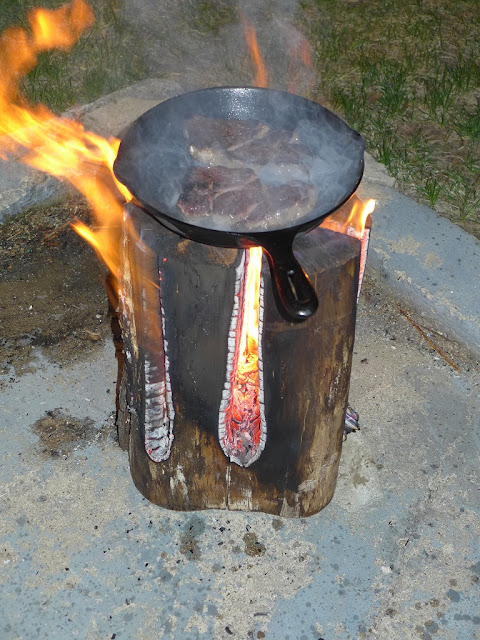 The smoke is from the pan , not the fire . 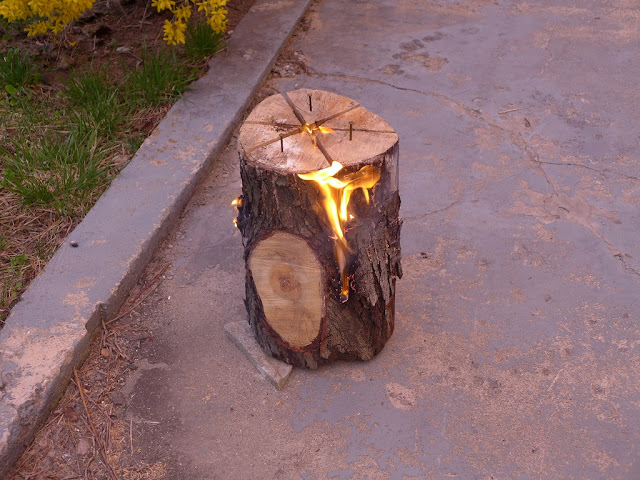 This was what it looked like when I started . An eighteen inch long log , twelve inches in diameter . Five chainsaw cuts run lengthwise three quarters of the way down . Drove three spikes in it to set the pan on . Stuffed some newspaper in the cuts and lit it with my propane torch . This was my first try at doing one and there is a learning curve. Should have given myself more time and started earlier. As I was in a bit of a rush and was less than careful, got smoke in my eyes at just the wrong moment and did manage to splash myself with some grease when I dropped the second steak in . Spent the night holding an ice bag . Lessons learned . Start the thing an hour before you want to cook so the flames have a chance to die down a bit before putting the pan on . A twelve inch diameter log is probably more than needed . Eight inch would be more than plenty .