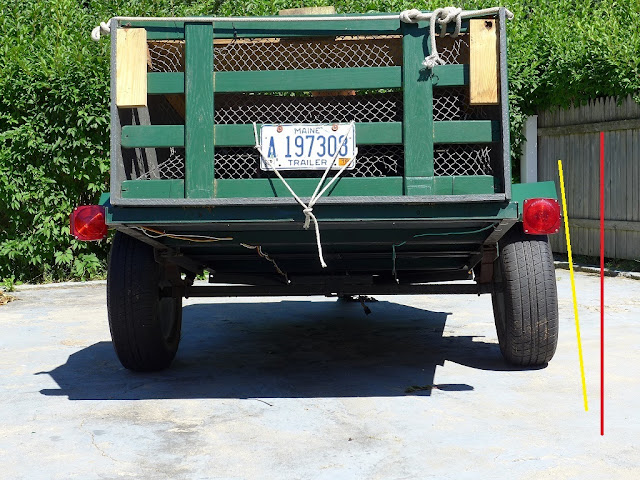 Dad had found this old abandoned trailer behind his old college fraternity when they were doing a final clean up before deeding the building over to the college about twenty five years ago . He had put a new box on it that saw several years of use and exposure to the weather . After stepping though the floorboards while moving firewood , I built a new box on it last fall and put it to some use this year . Then shortly after hauling a half cord of firewood up to mom's I noticed the right side wheel was setting a bit cattywompus . I guess that would put a stop to all hauling activities until I fix it . 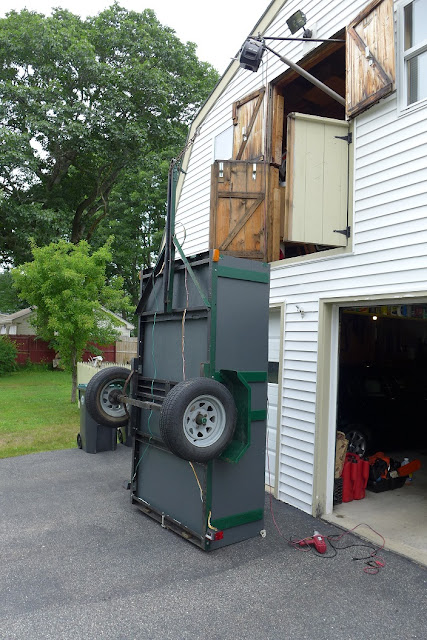 The prospect of lying under the thing to repair it was just not appealing , so time to rig up my old home made gantry crane in the barn , and make this a more pleasant job . 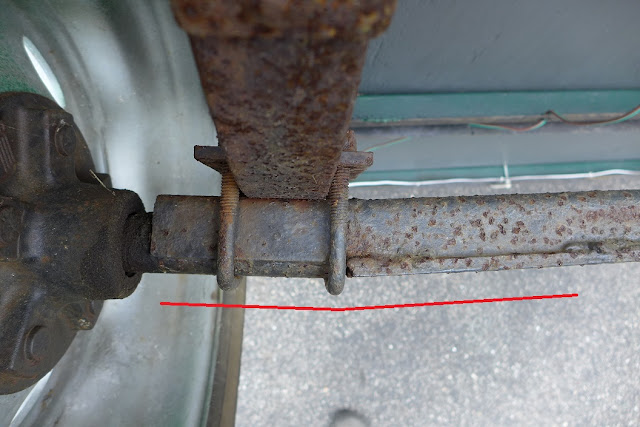 The axles are just stubs welded on to some U channel . Here you can see the ten degree bend it took on from carrying too much weight . 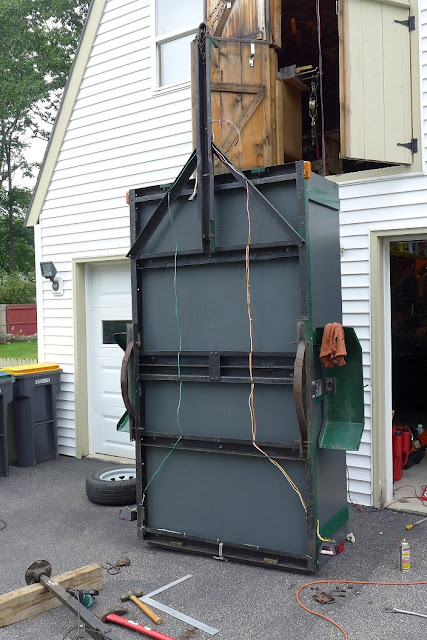 Take the wheels off and remove the axle assembly 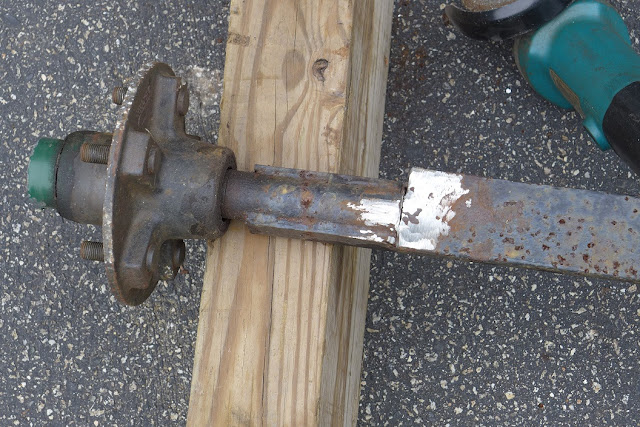 A bit of grinding reveals the joint where it opened up 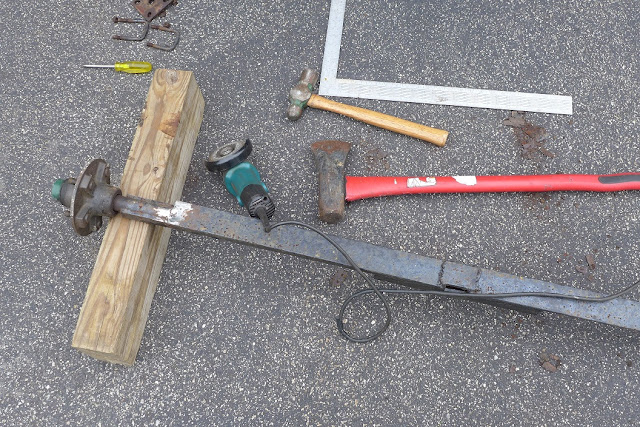 Then some persuading with a portable , manually operated , optically guided , inertial impact delivery device does the trick to close the gap and delete the bend   . . . never hit it harder , get a bigger hammer . . . 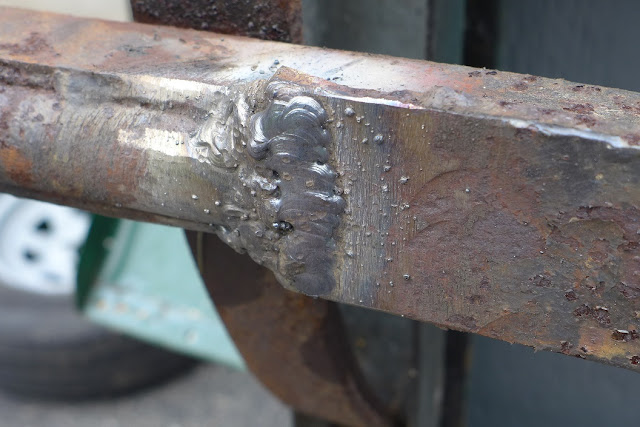 A bit of sketchy welding ties it all back together . 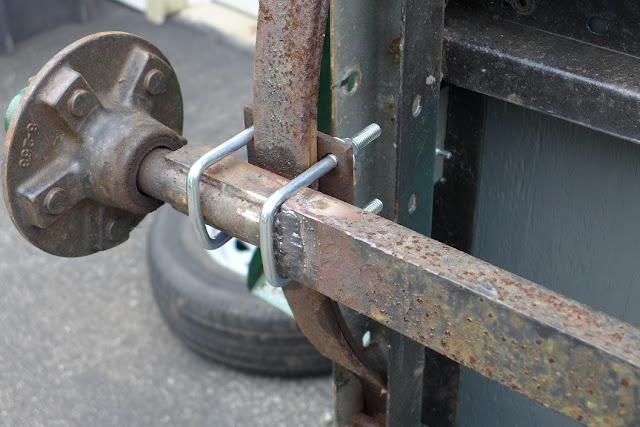 A couple sets of new U bolts 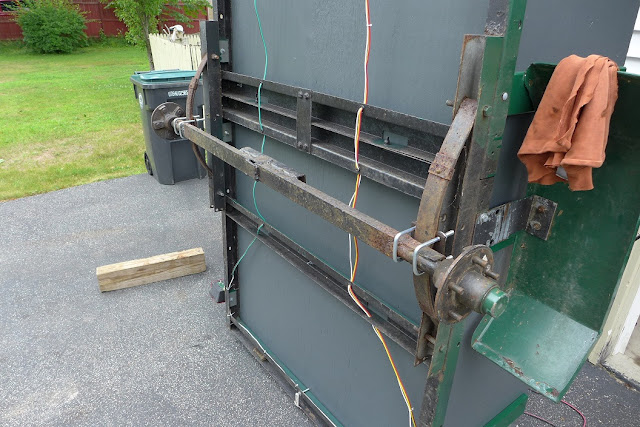 And it's back in place 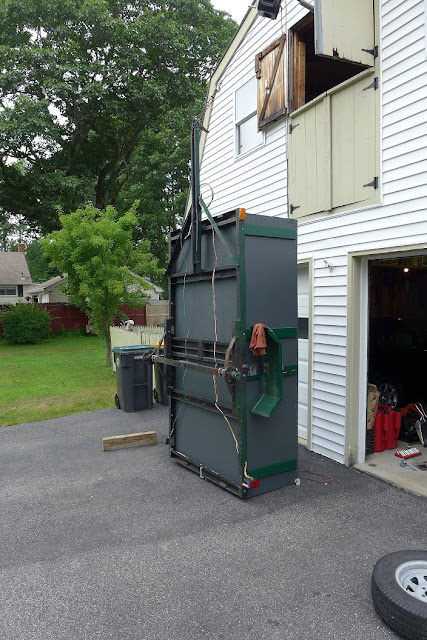 Couple hours of work . . .  the hardest part was chasing down the new U bolts 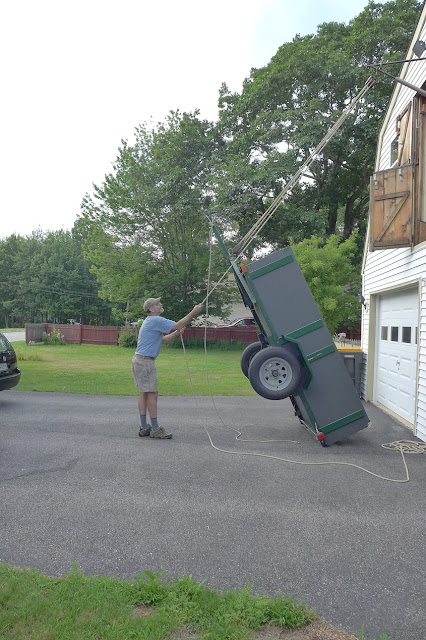 As my electric winch does not have a reverse, yea it's a cheap Chinese POS, I rig up my block and tackle . 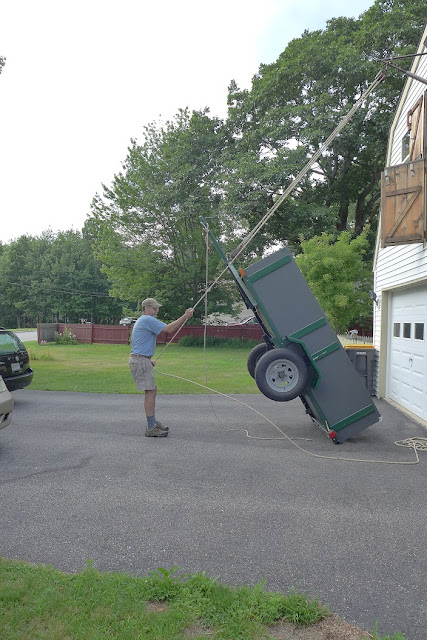 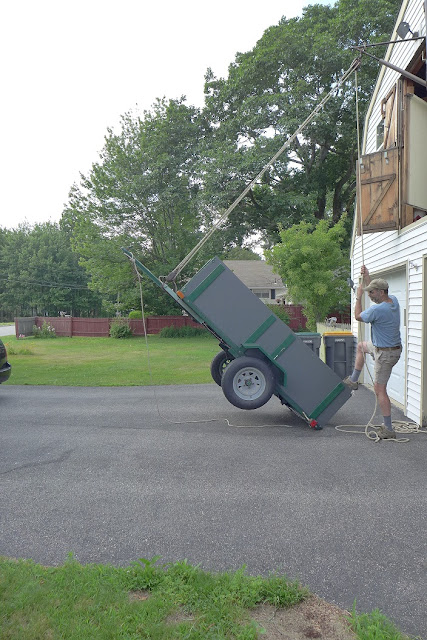 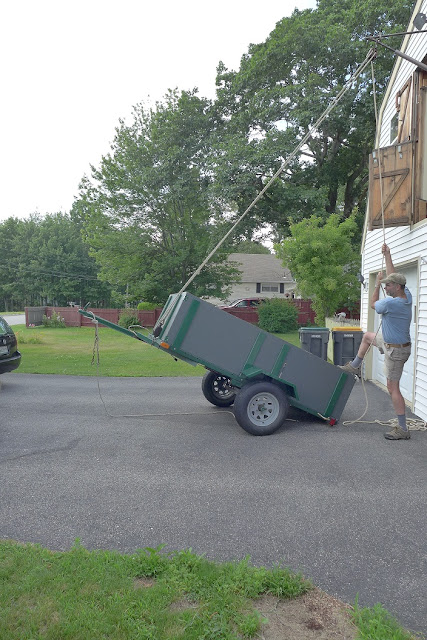 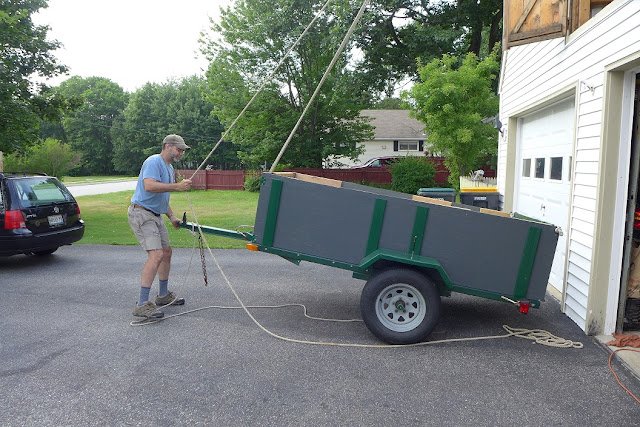 Back on terra firma again . 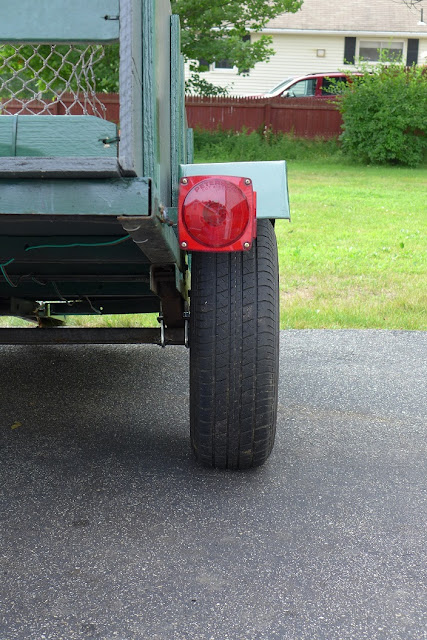 There good as new . 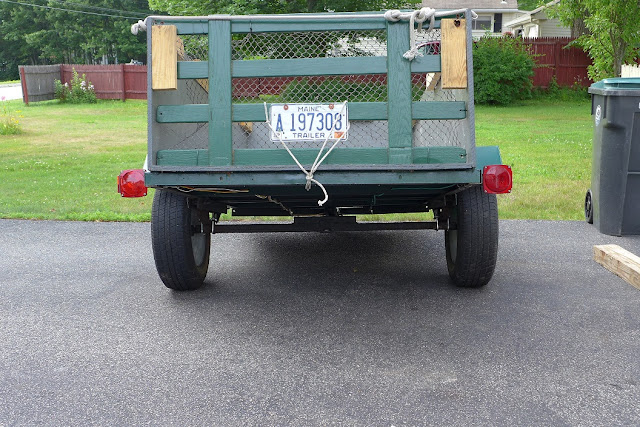 Back in service again .

As I mentioned previously, last fall I rebuilt the box on the trailer . I thought I had posted about it but I guess with the storm in October and dad's passing It got by me . So here are some photos of that project . 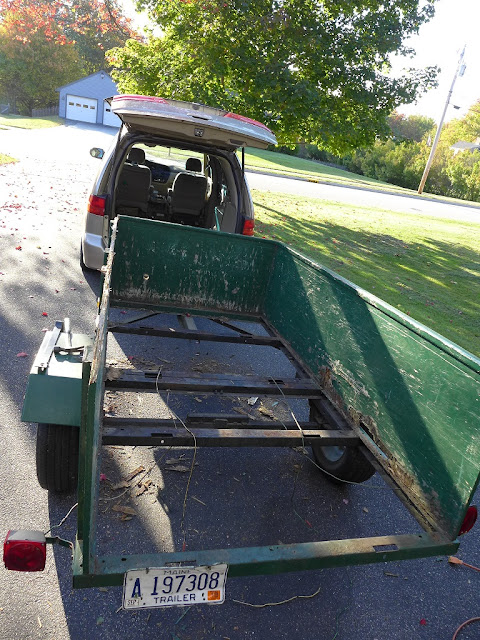 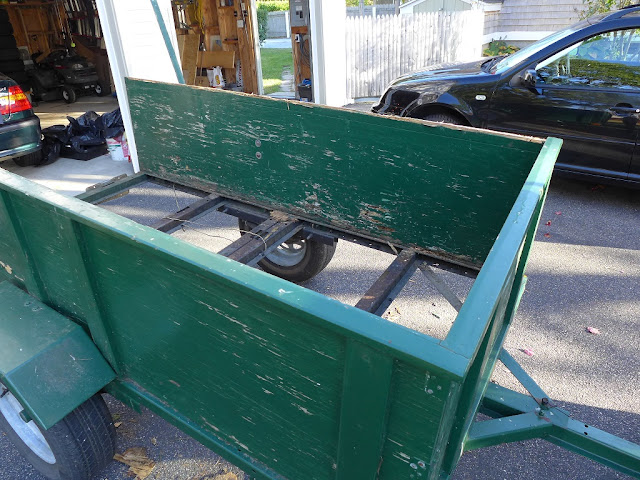 Sides were in pretty rough shape too 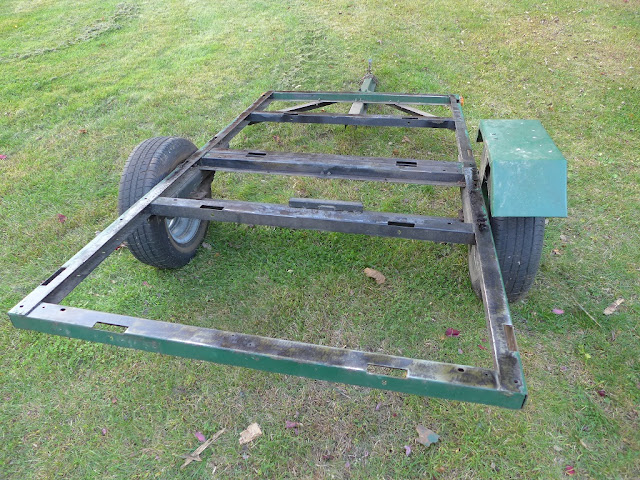 So those came off as well and I ground the rust off the frame and hit it with some Permatex rust converter . 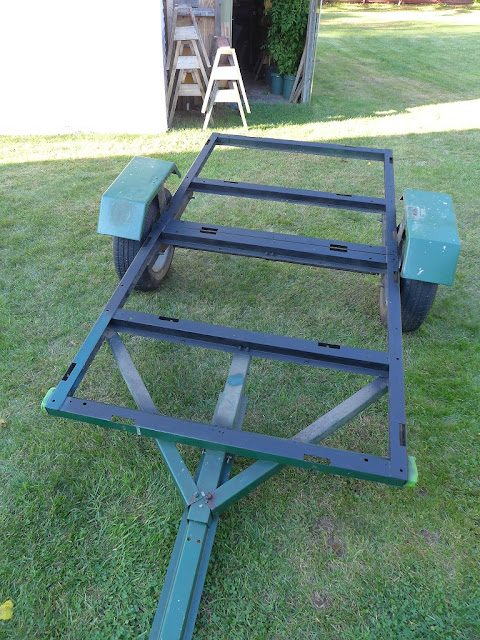 Then some rattle can truck bed liner . 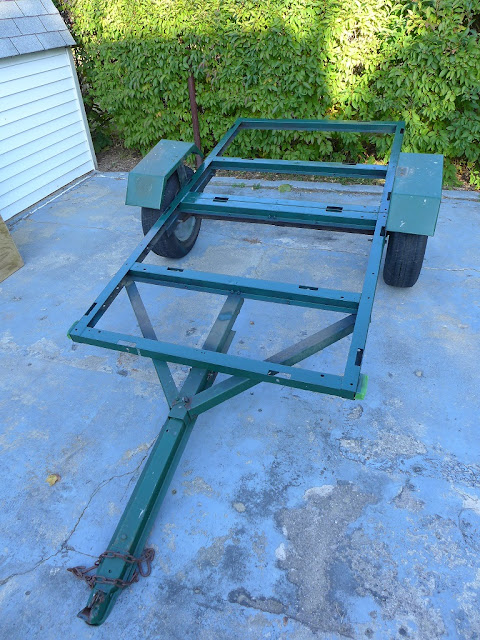 And painted it with some rattle can green paint . 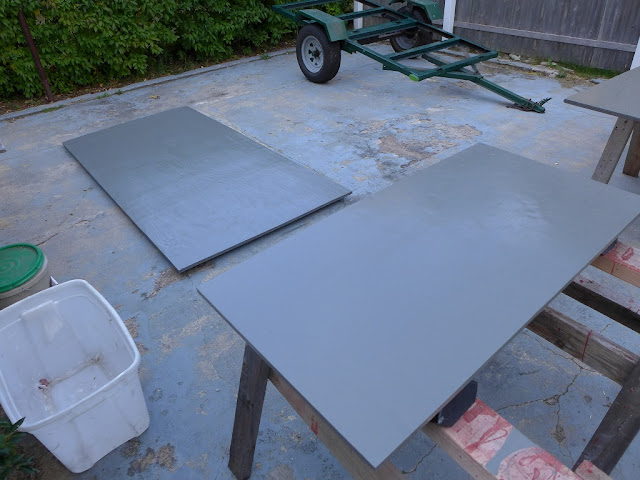 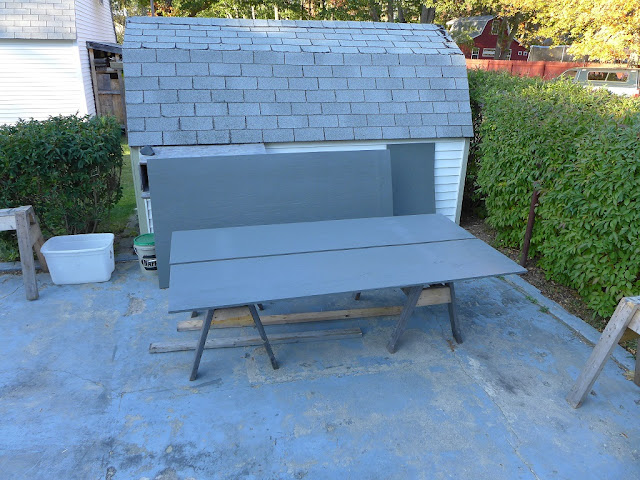 Bottom and sides drying on the saw horses . Used some real stinky oil based floor enamel . 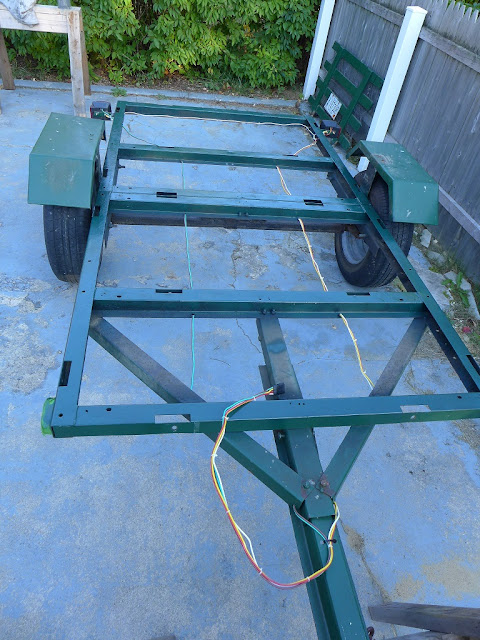 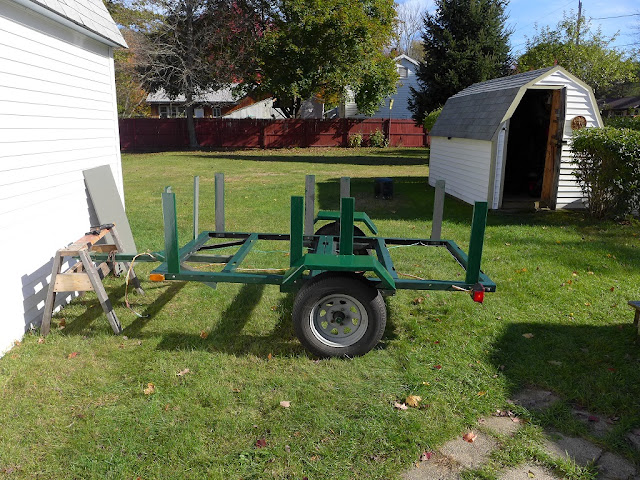 Made, painted and installed new stakes. Must have done the job before the October storm as my fence is still all one color . 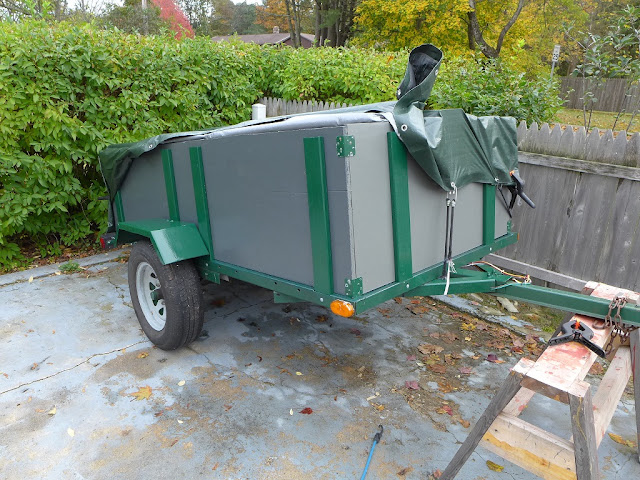 And got her done , mostly, though I still need to put proper rails on it to protect the top edge of the plywood.