Back to the mundane

The Jetta was due for the state inspection sticker at the end of August , so I started looking it over for problems before I took it in , but then life got in the way with the demented medical roller-coaster ride, so Annie got to drive the BMW for a while . 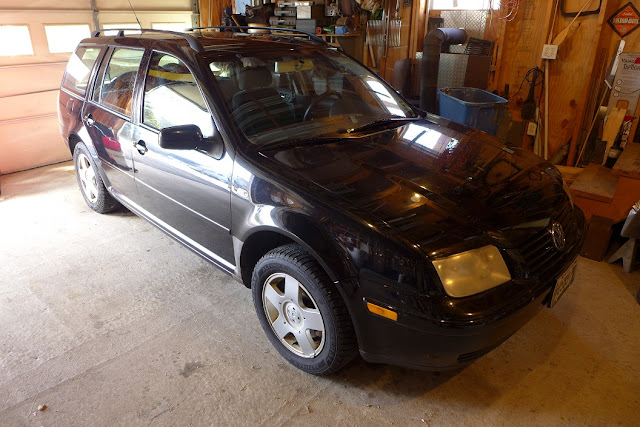 So the VW sat in the garage taking up room for about three months until I could muster my courage to crawl under it . 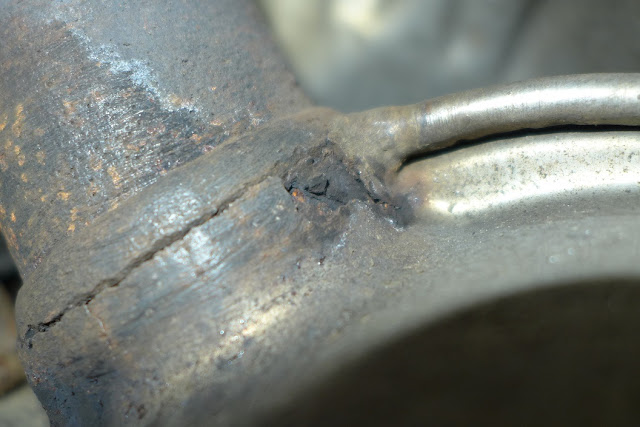 The major failure was the exhaust . That's the front joint where the pipe goes in to the big box muffler . The rubber hanger was stretched out allowing it to flex and it cracked at the weld , on the top side where I had no hope of ever welding it . 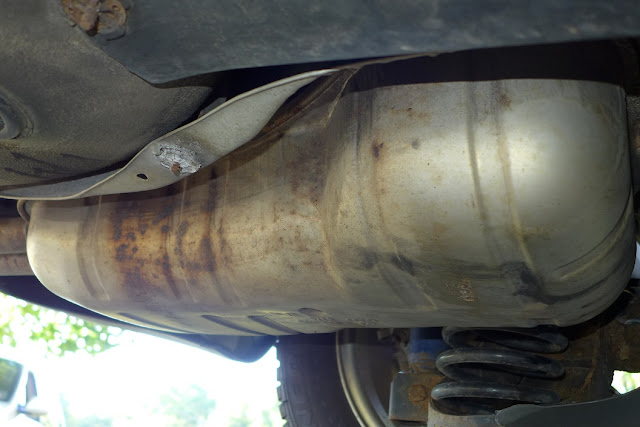 The muffler did not look bad at all for sixteen years of Maine winters and was not leaking itself . 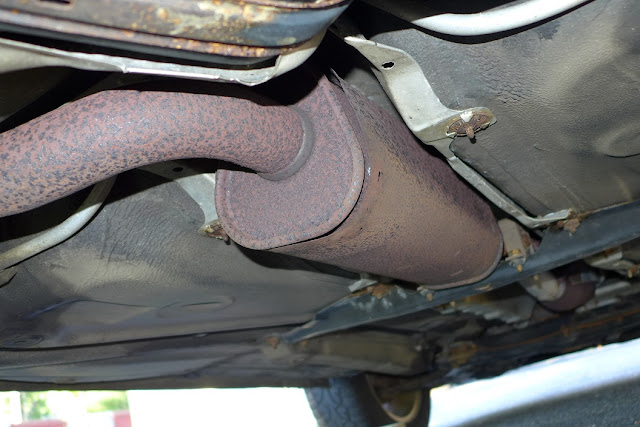 The resonator , though looking a bit ratty on the outside, was actually sound . That is just the heat shield rotting off it . No compromise to its integrity nor critical to proper operation . 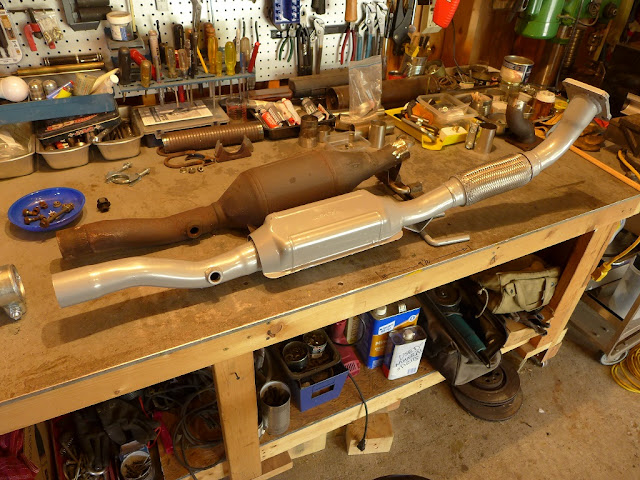 I had replaced the cat pipe last year when the flex pipe gave up the ghost. . . though the cheap Chinese gasket between it and the manifold had gone in less than a year and was thus . . . 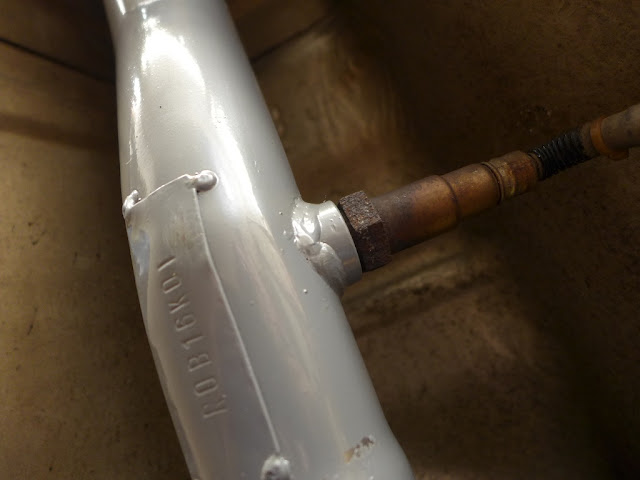 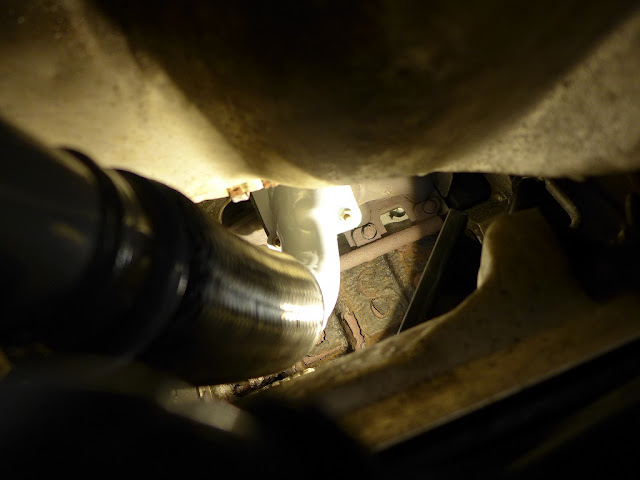 The leaking joint was an easy enough to fix for the cost of a new gasket and some scraped knuckles. Here's looking at it from underneath . I used every extension I had for my ratchet to reach those nuts . 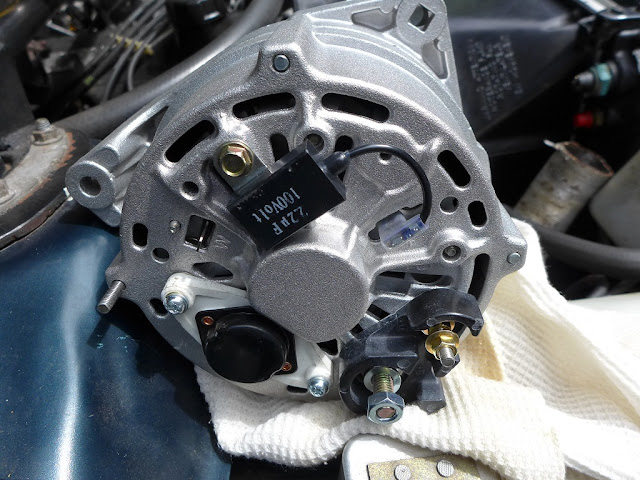 That reminds me that last February I wound up having to replace the alternator on the thing too.

As the book value on an 02 Jetta with 160K miles is about six hundred dollars , paying someone else to work on it makes little sense . The quote from the muffler shop for a new exhaust system was more than the value of the car , and the local NAPA wanted over five hundred for the new exhaust kit. . . 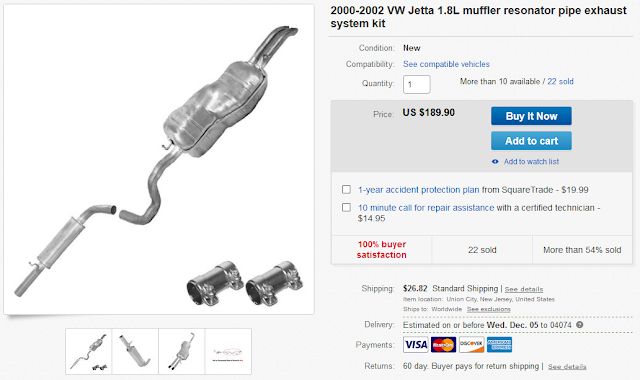 . . . it really left us no choice but to go with the cheap Chinese one from ebay . 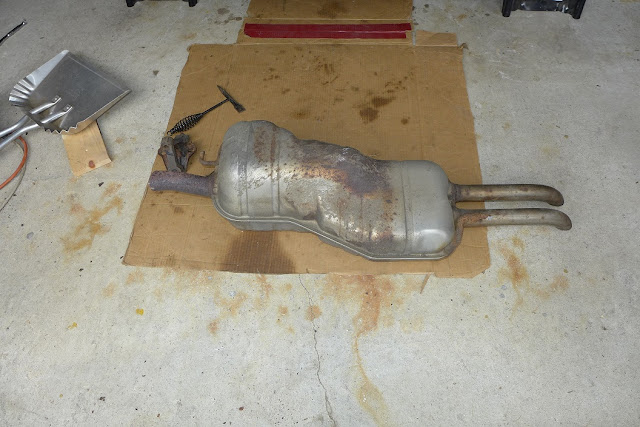 Removing the old muffler was not easy and I had to resort to cutting the pipe with my saws-all in order to get it past the hump it makes over the sway arm cross beam . I wonder how the heck I am going to get the new one to go back in . . . I bet that's going to be fun . 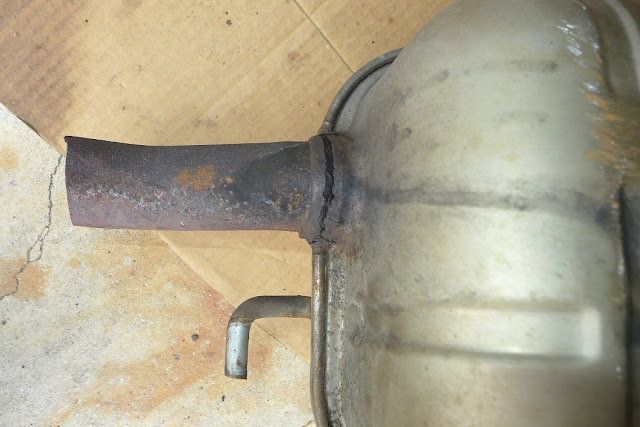 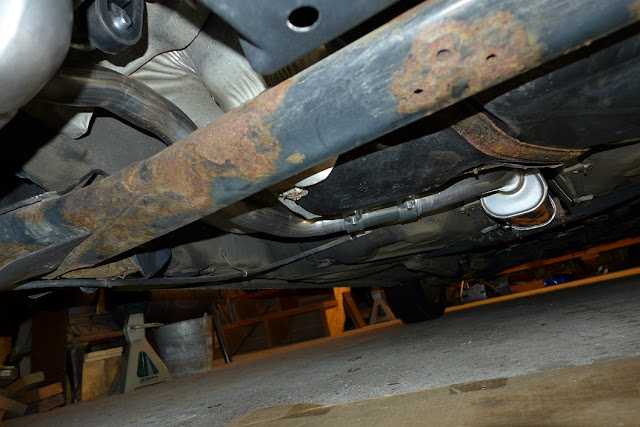 Took a bit of finagling and some cussing along with the liberal application of a ball peen hammer on that aluminum heat shield to create enough wiggle room to snake the rise and bend in the muffler pipe over the swing arm cross beam where it needed to go . 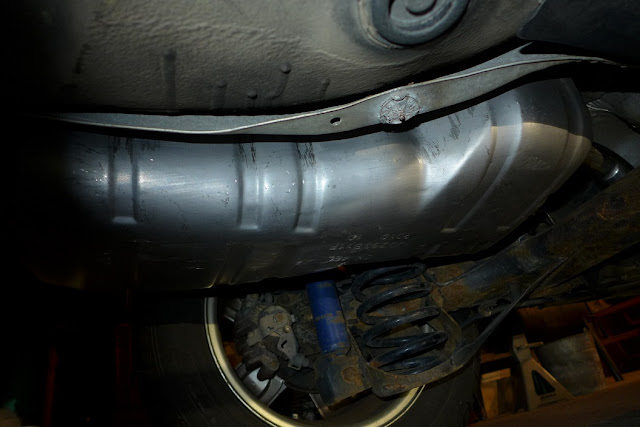 But it is in where it belongs including new rubber hangers . All the slip joints got a hit of 700 degree silicone before I wrenched them tight too . 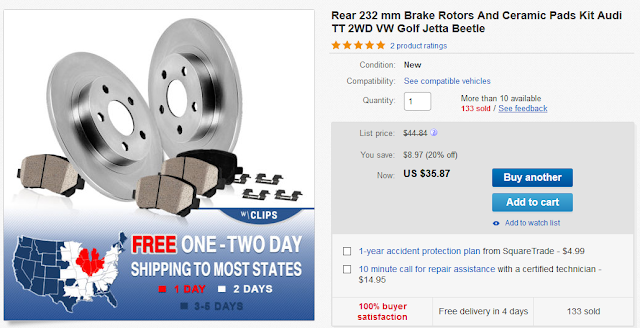 And while we were burning up the credit card on fleabay we got some new rear rotors and pads for about one third the cost of what NAPA wanted . 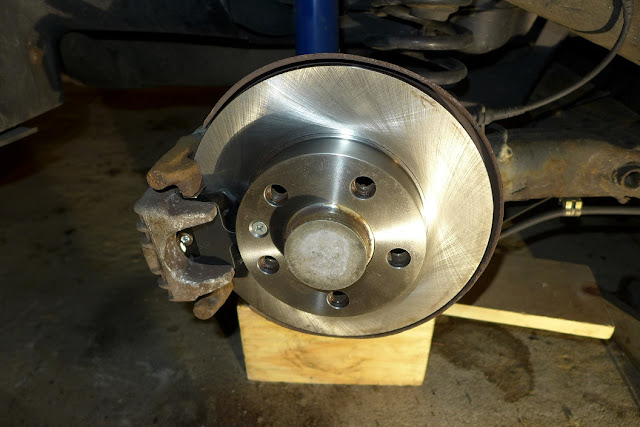 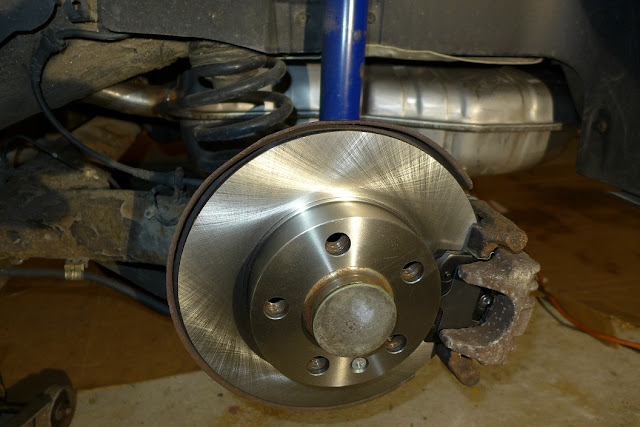 . . . and the left rear replaced . I had replaced front brake pads and rotors , as well as suspension struts , and rear coils and shocks last year . 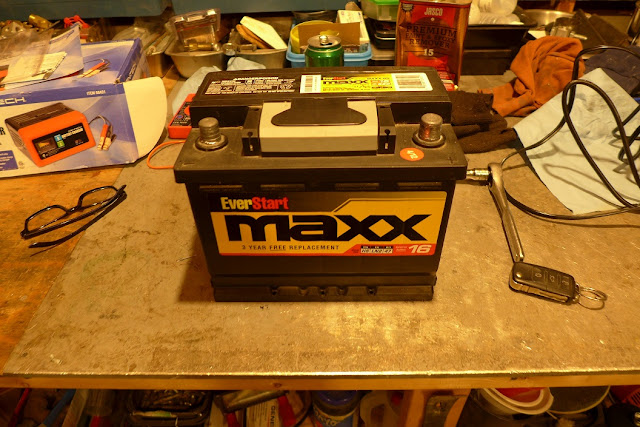 And after sitting for three months unattended , the six year old battery was DOA so we spent another hundred and a quarter on that 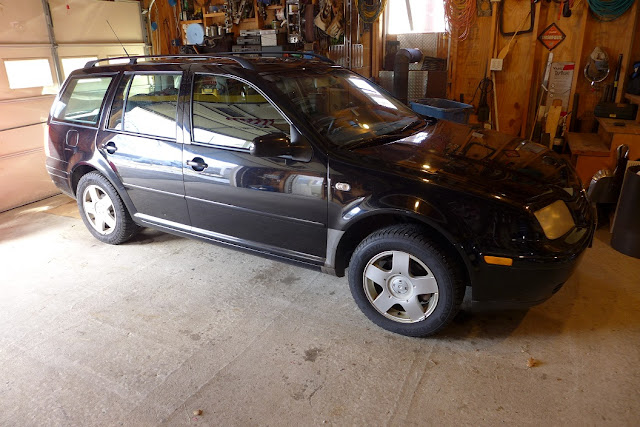 I even washed the dust off it so it would not look so sketchy for the guys at the inspection shop . 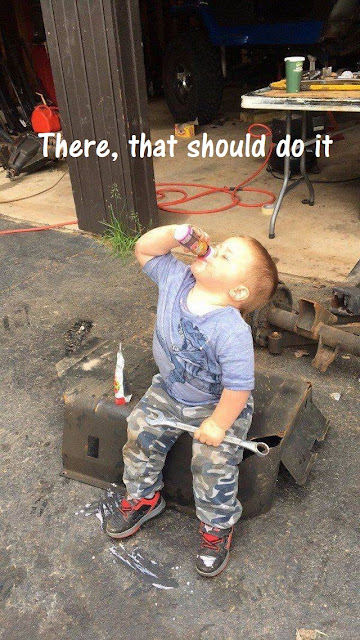 And we got the snow tires put on and a new inspection sticker today. . .  glad to have that monkey off my back .