Revisiting a nasty can of worms once again.

The lower end of the front fenders where they meet the rocker boards on the Jetta were starting to show rust again . Piss-poor design traps debris behind the plastic fender liner and before you know it you have an agricultural concern going on in there .
I had rebuilt them only four years ago. 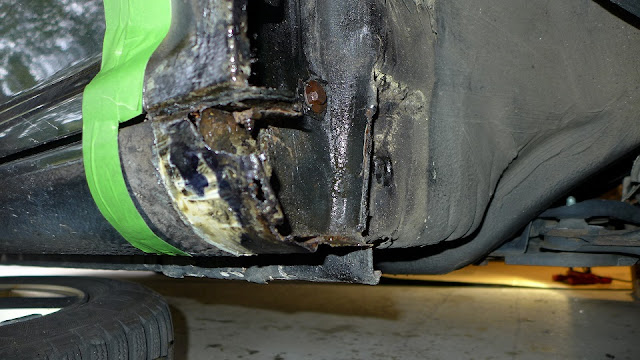 This is what was left after removing the dirt, leaves, seeds and rust and hitting it with the Permatex rust converter . Bondo won't do it anymore . That's going to need some new metal this time . 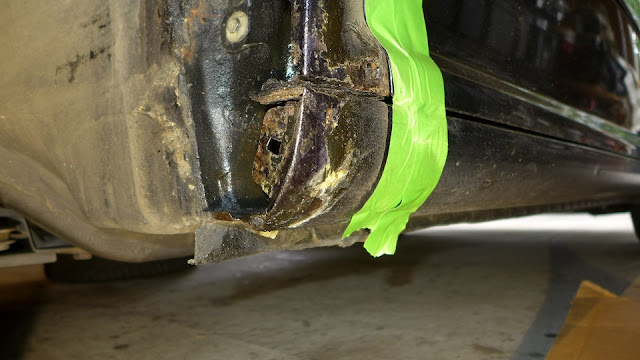 Driver's side was not quite as bad . Those holes can be filled with JB weld epoxy putty . 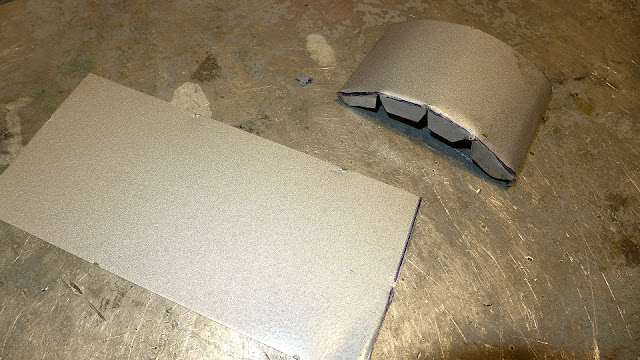 Selecting a 3 x 10 inch piece of sheet metal , the knock out panel from a kitchen hood extractor to be exact , we trim off five inches , snip here and there and beat on it for a while . . . . 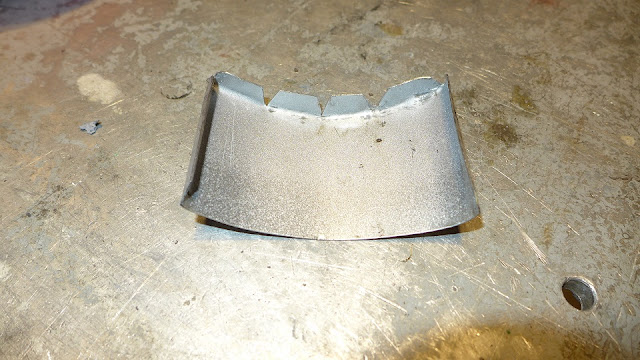 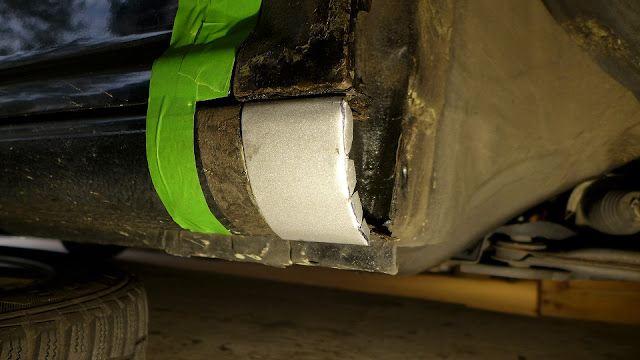 Snaps right into place like it was store bought . 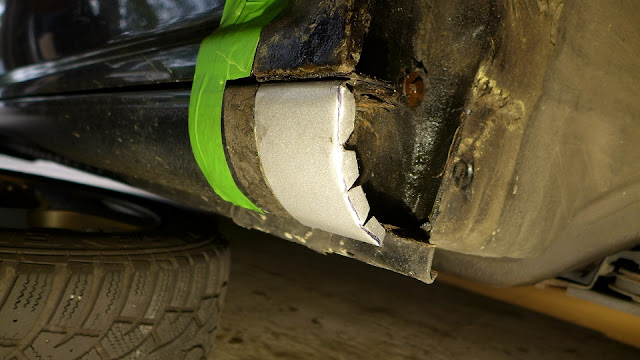 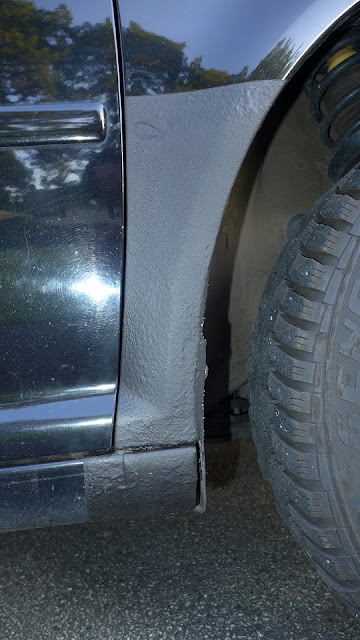 Coated everything with 3M undercoating and snapped the new part in place then coated it all again. 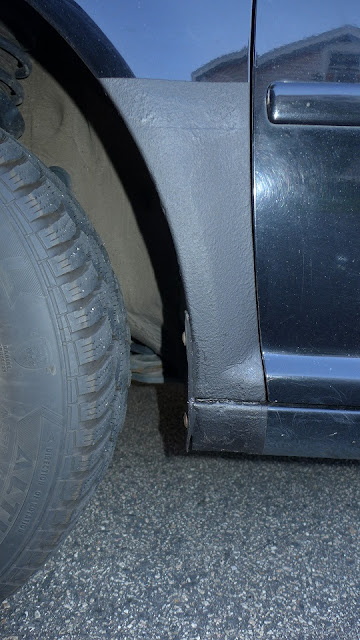 Good for another four years?