Or spending money I don't need to . 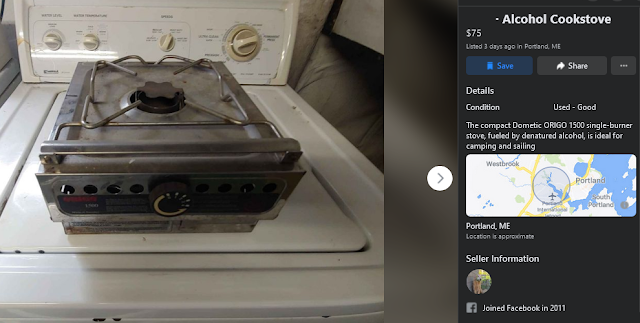 But you see , I have a thing for Bunsen burners . . . and this critter is made of unobtanium cause they stopped making them a few years ago . As he was ten minutes from my house , contact was made with the seller , a time and place was agreed upon . The transaction , having a bit of the sketchiness of a drug deal , went down at lunch time at the Amato's parking lot  . . . . 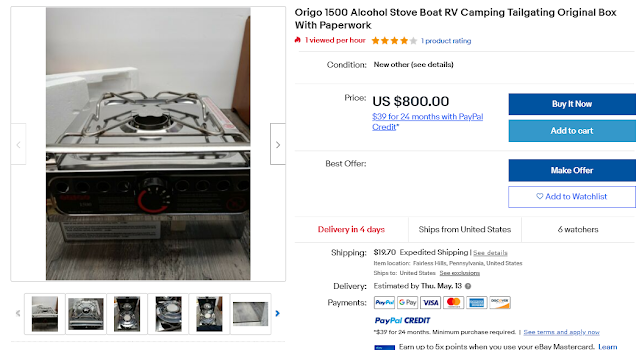 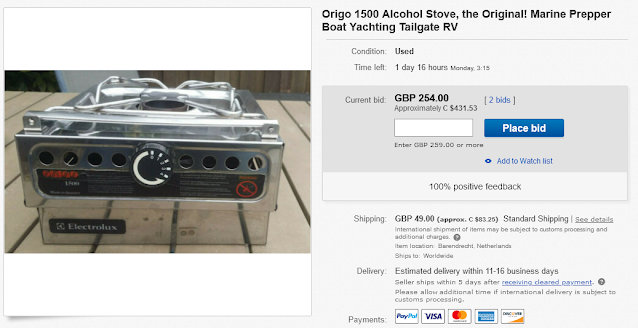 Actual current price point for used ones seems to be around 450 U$ . . . yea still stupid money . 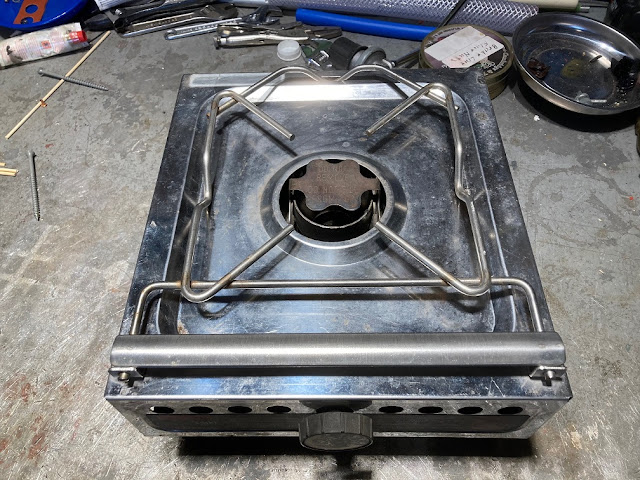 It was a bit grungy from years of neglect and storage 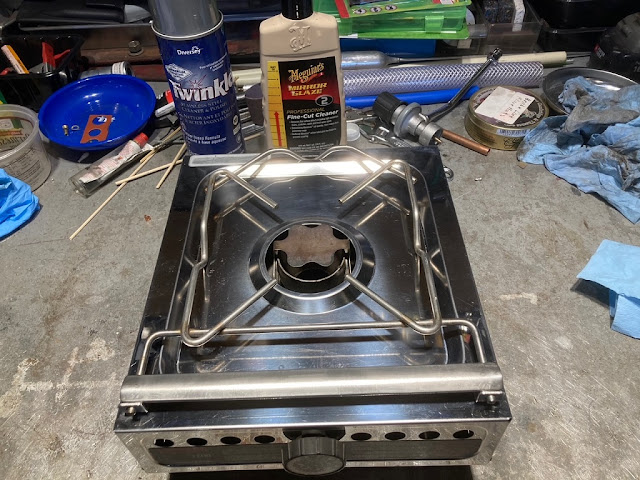 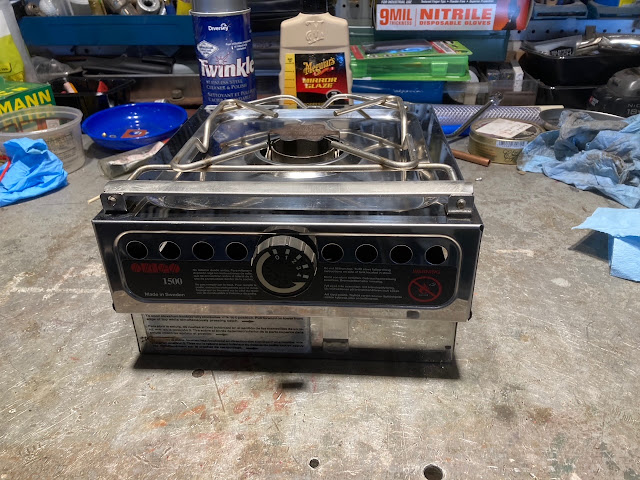 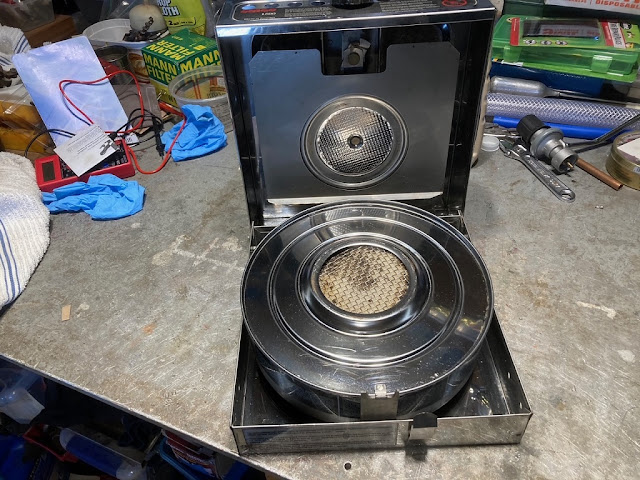 Looks like a million bucks now . Even the "land mine" canister reeks of Sparkle.

And a quick test shows it to boil two cups of water in under five minutes .