The kindness of neighbors 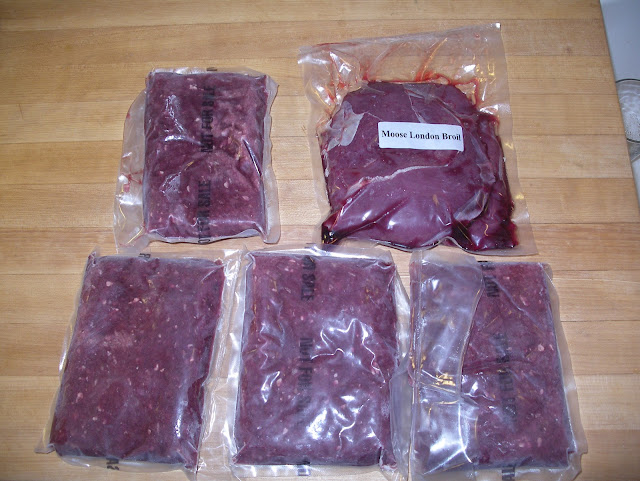 I have a couple of what you call less than desirable neighbors, one is simply a bitter mean old A...hole who enjoys bulling all those he can. The other one is a crack junkie, arrested at least 7 times in the last 24 months.... multiple drug offenses and multiple OUIs. In addition to her pyromaniac tendencies she likes to set off firecrackers and run chainsaws at 11 pm or any time the mood strikes her. She also has the proclivity to do doughnuts in the back yard on her dirt-bike regardless of who she disturbs. Just on Friday I had the privilege of witnessing an other one of her meltdowns as she let rip with a tirade of profanities and screams at her tenant that was moving out.....could do without both of those neighbors.
But then you have Bob and Chris Cook up the street.. sure wish we could have more of them. Today on my way to the gas station to fill the Jerry-cans for the generator in preparation for oncoming hurricane Sandy, I stopped to chat with them and they offered up some moose meat. Now that is a rare treat even here in Maine. We have a lottery permit system here and very few folks are lucky enough to score one of 3900 permits let alone get to shoot a moose. This year only about twenty hundred were taken in the whole state. Got about 4 lbs of moose burger and a pound and a half of London broil.