Moving day for a Wisconsin engine and a South bend lathe.

Its good to have a bunch of muscle when it comes to moving day. And so it is with my friend Terry who unfortunately after a short stint of "funemployment" is moving up to Presque Isle where he has found a new job as a CAD teacher at the local high school. So we agreed to help him load all his garage toys and dreams on a U-haul for the 5 hour trip north. Now most of us might have a few odd garage toys but not on the scale of Terry's toys. Each one of his runs about 1700 lbs. The first of which is a Lombard log Hauler 110 horse 1915 Wisconsin engine that he is rebuilding. 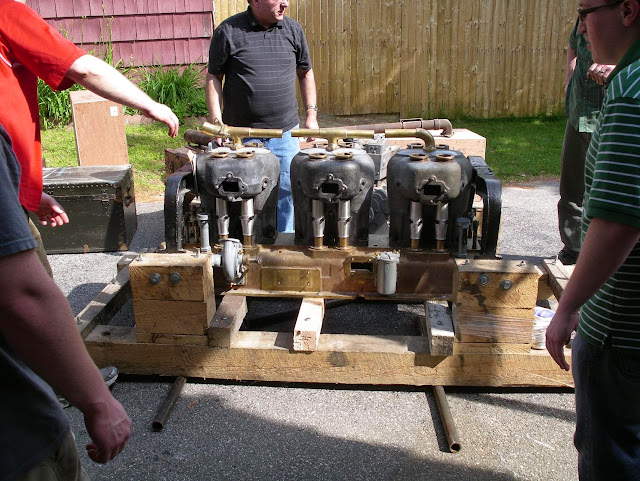 I arrived at 9 am on Saturday with planks, cribbing blocks and rollers for the task and found about 12 of his church brethren anxiously waiting. Sorry guys, would have been here sooner but had to attend to a little mater of selling a car to an ex-con. 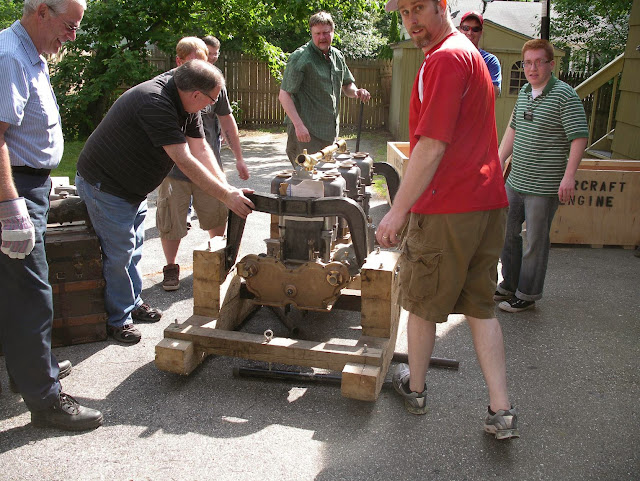 In no time flat we had the thing moving on the steel pipe rollers, Terry levering it forward with the pry bar 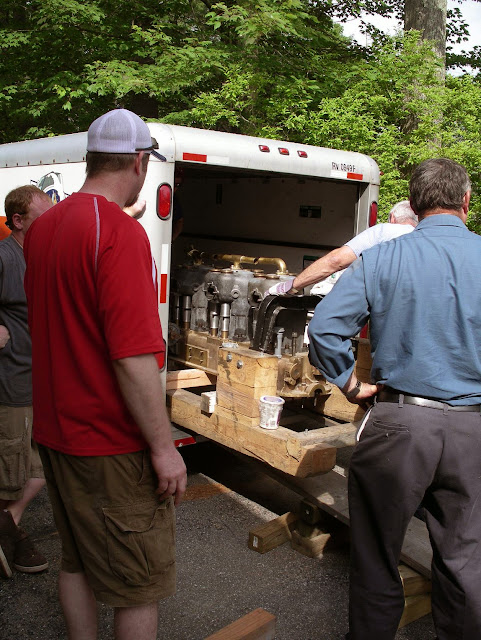 Up the ramp and on in to the U-Haul trailer 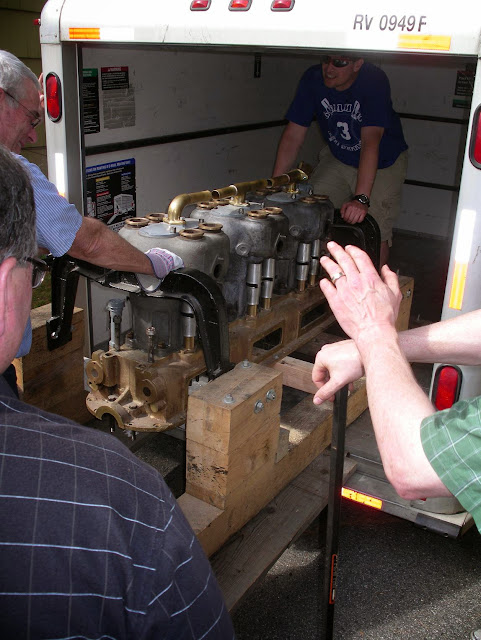 Then after a short run to Home Depot for a couple of 4x4 runners we tackled the lathe. 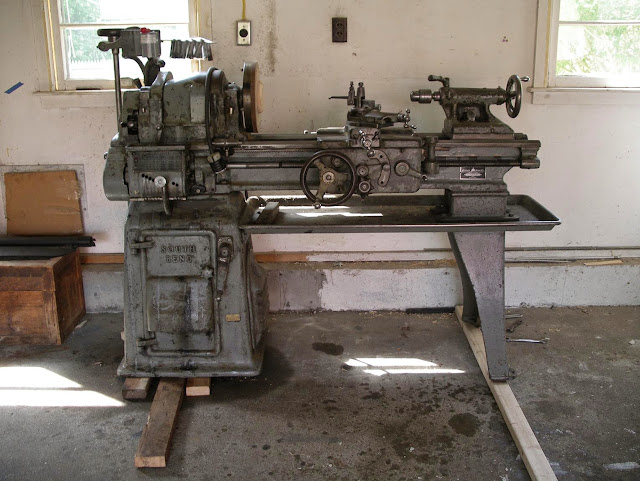 Unfortunately we got a bit busy and spaced out taking any photos of that process. We did load the trailer to the gills, axles about one inch away from the rubber stops likely just past it gross limit and sent him on his way by half past noon. Arrival was expected in Presque Isle by 6 pm where the brethren from his new church would be awaiting to reverse the process.

For those that do not know what a 1911 Lombard log hauler looks like here is a photo of one restored to near original condition. They came in two flavors. The early ones had steam engines and the later sported the Wisconsin 110 hp engines. 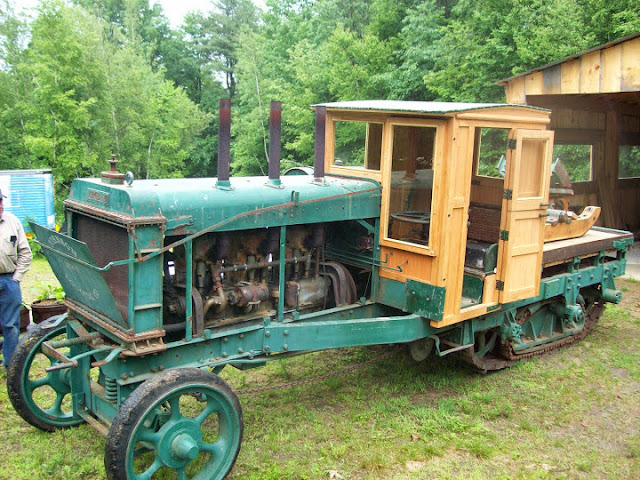 Terry first saw the same exact engine when he was about 12 while hunting with his dad up in the woods in the Alagash. 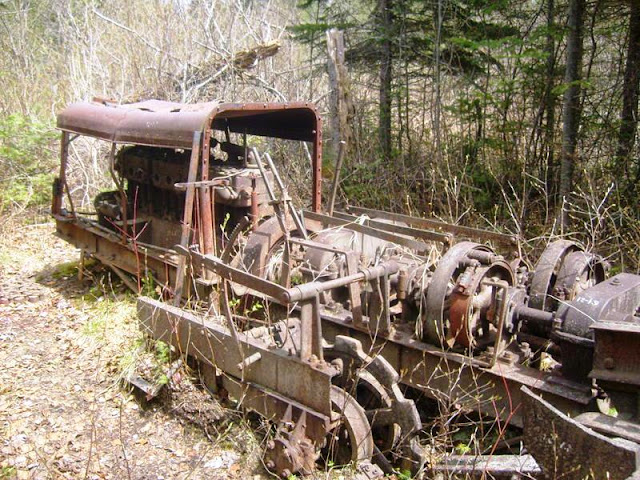 No mater how much he begged his dad there was no way the thing was coming home with them. 30 odd yrs later he found the fellow that had hauled the very same engine out of the woods and traded an old buffalo rifle for it. This time it made it home with him. 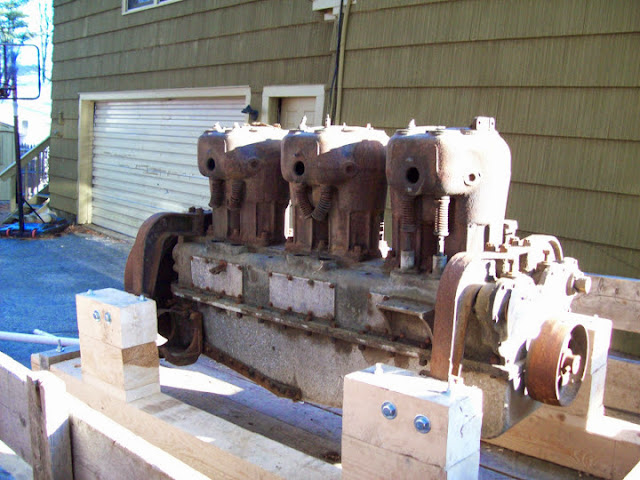 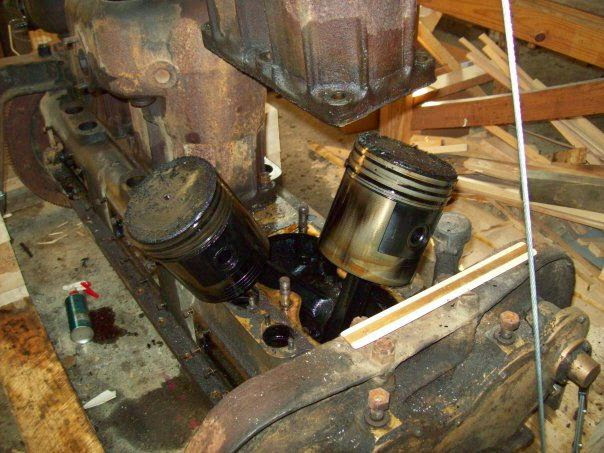 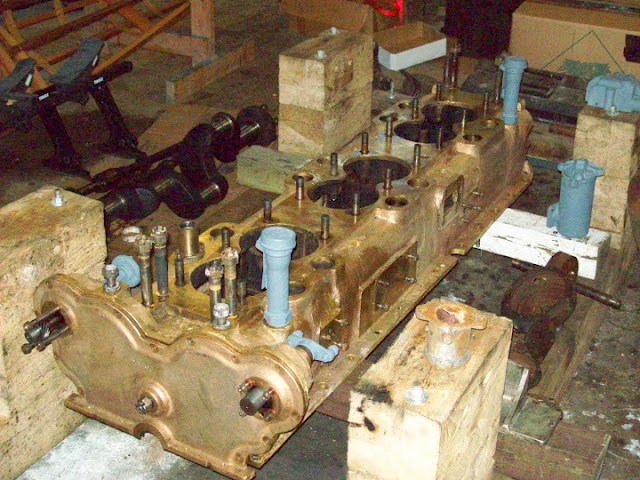 Many of the bronze and aluminum fittings were missing scavenged over the years by scrap metal junkies, so parts had to be drawn up on the computer  . . . 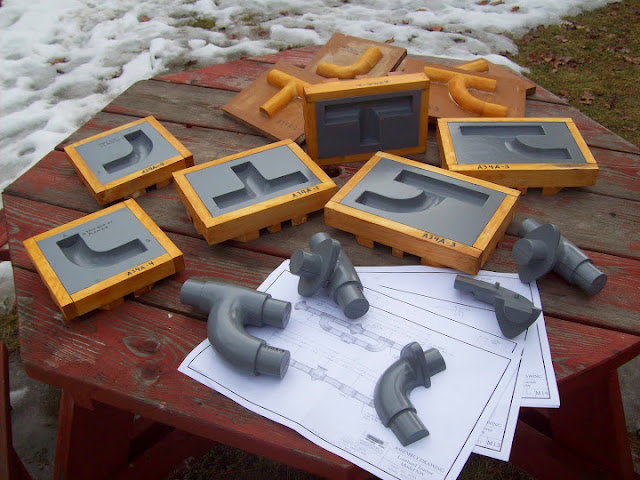 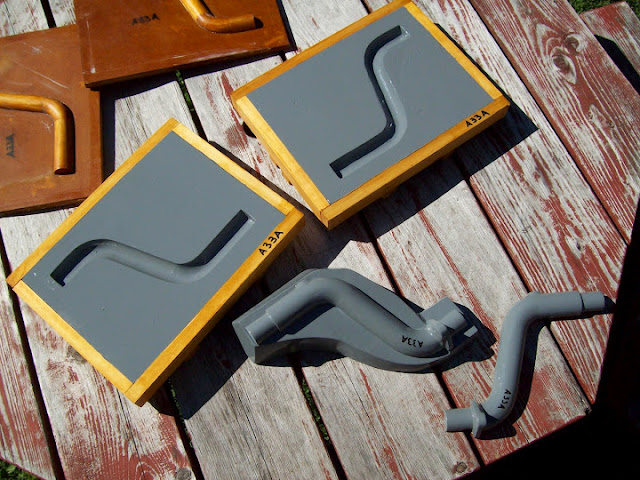 A year ago we made a trip up to Odd Duck foundry in Orington where sand molds of some parts were made. 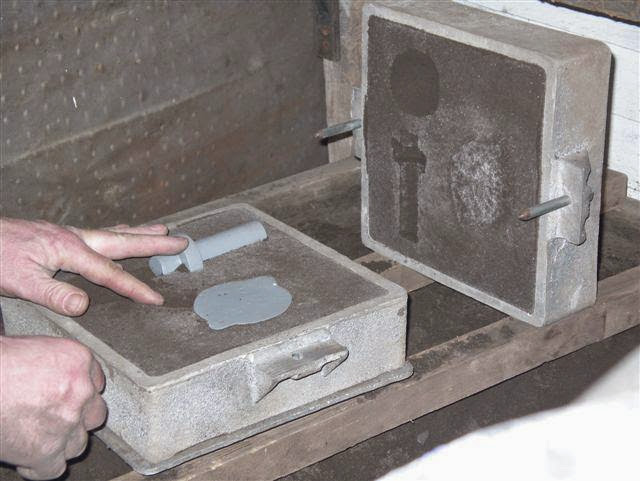 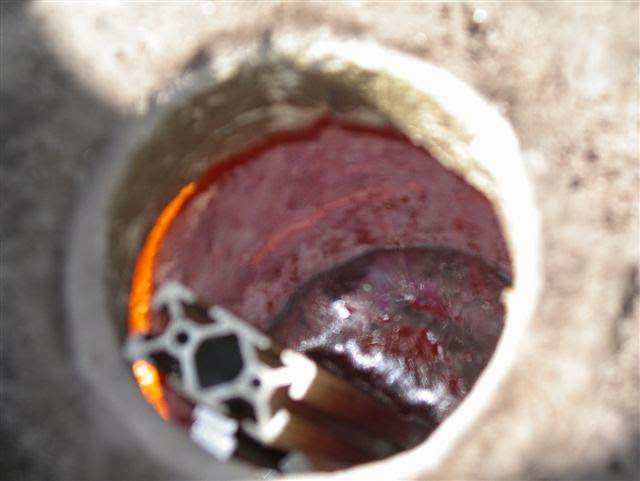 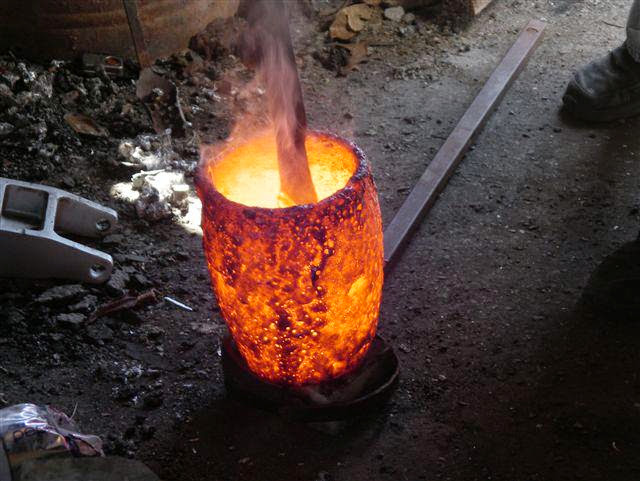 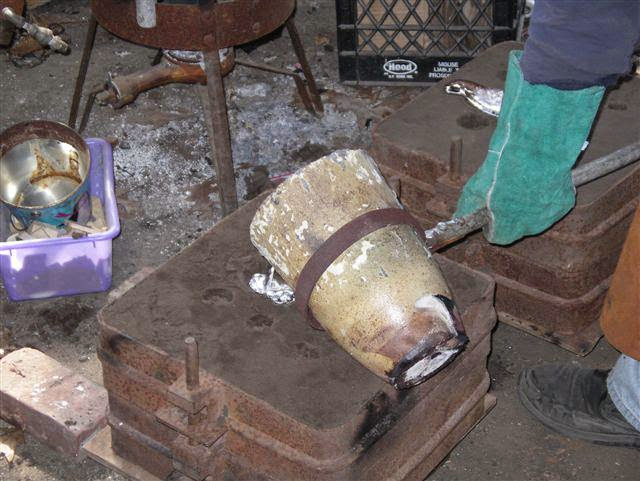 and voila, one set of new aluminum valve push-rod shrouds 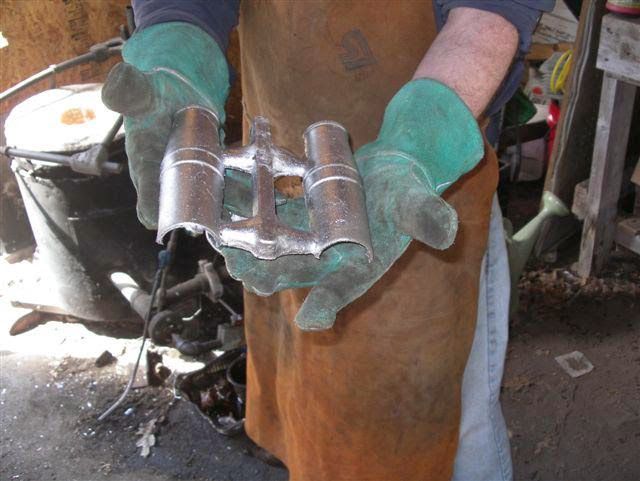 The end results after cleanup on the lathe 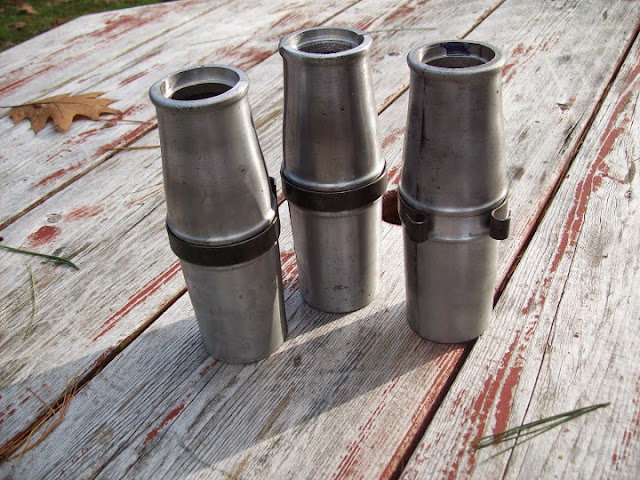 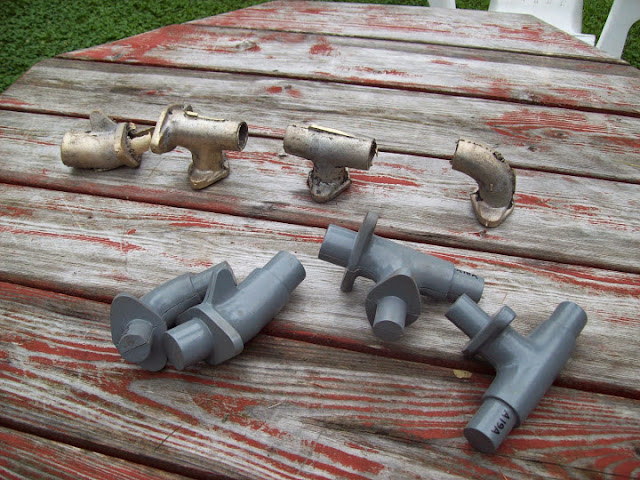 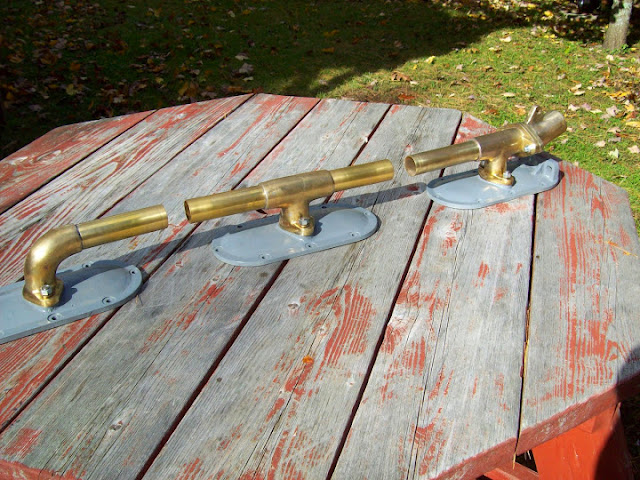 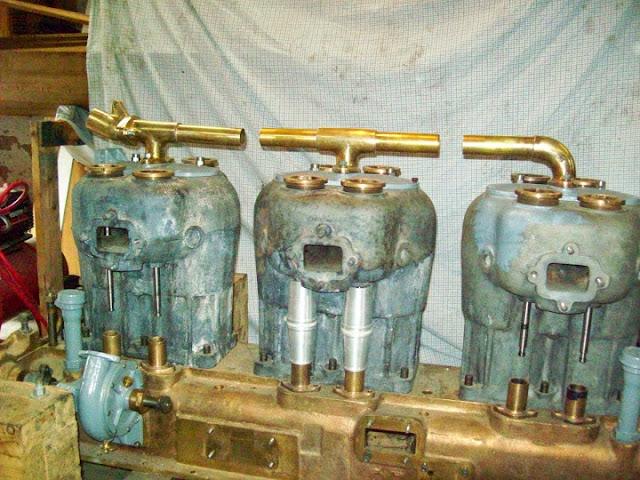 I am sad that my friend Terry is moving away but it is almost like the engine is finally headed back home.