Saturday was a hot steamy day but we went down to the ultralight gathering in Greenland New Hampshire. Despite the muggy conditions there were a few interesting participants. 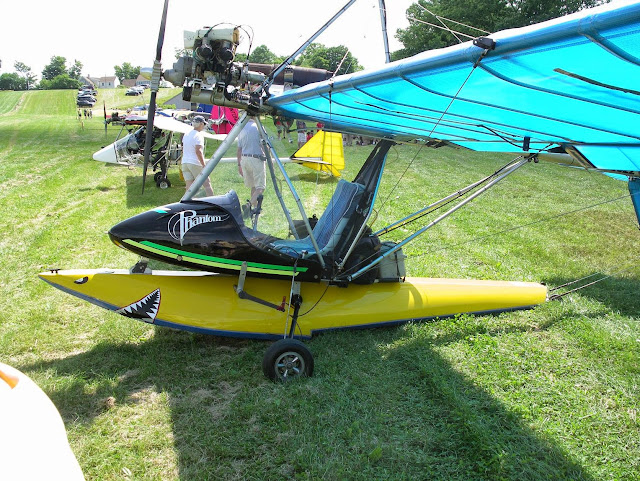 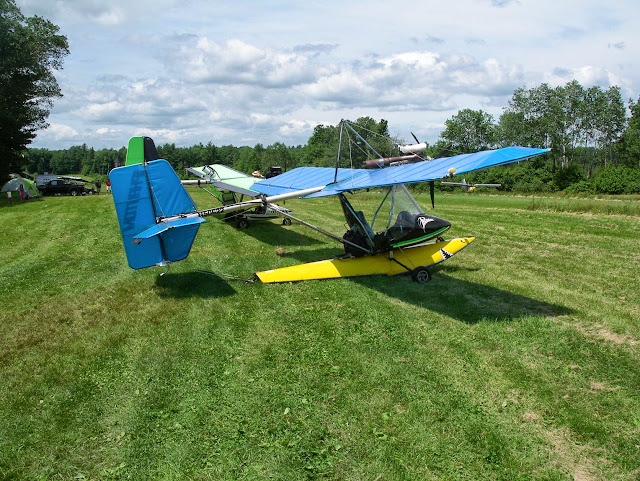 Always a curiosity for the aquatically inclined 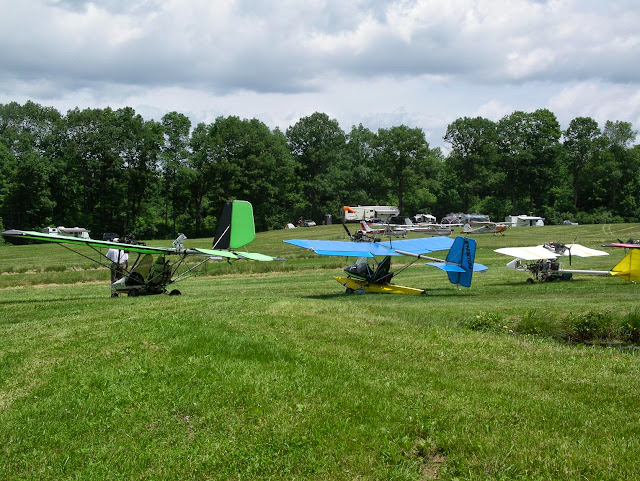 Some of the general scene 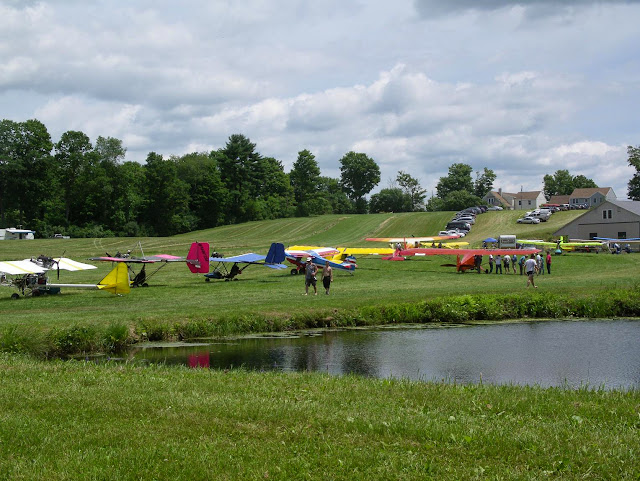 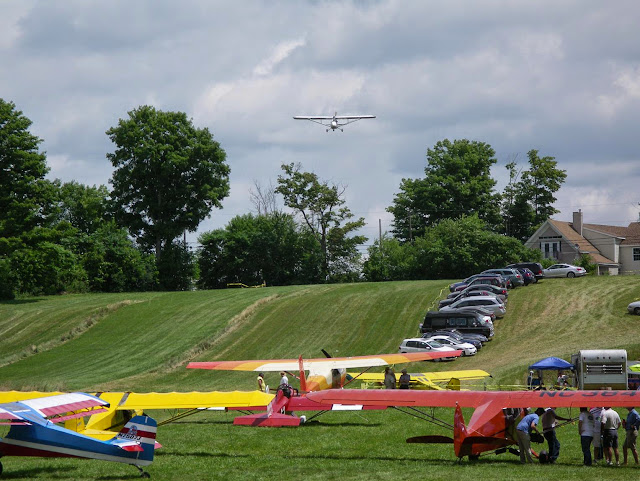 A two seat Challenger on short final for a landing 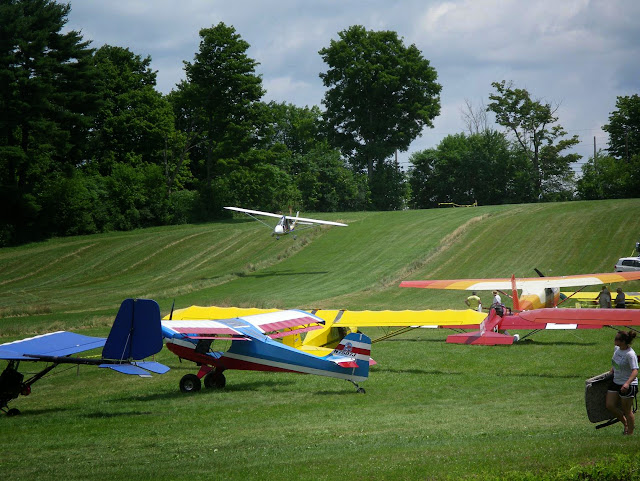 And just about to touch down 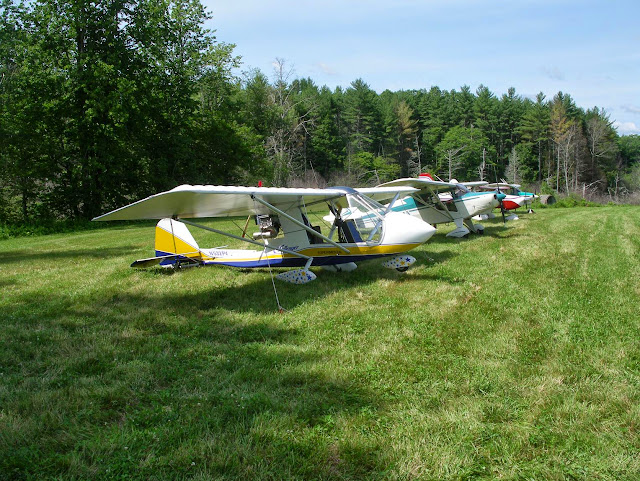 Tied down and safe from the gusty winds 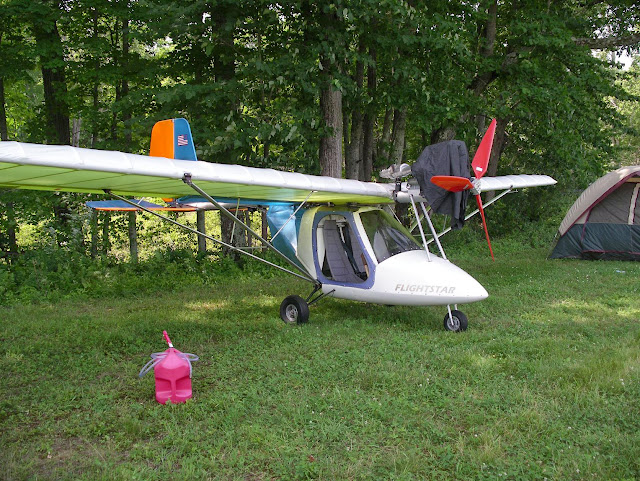 An ever popular 2 seat Flightstar 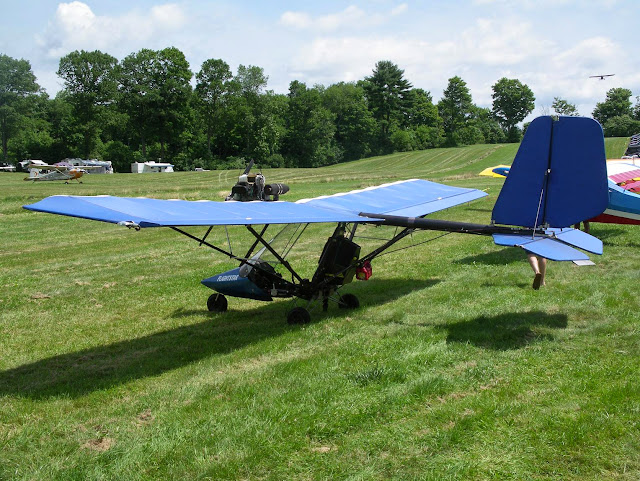 And single seat version of the Flightstar.
Every time I see on of these I am reminded of the Argentinian Marcelo Matocq who back in 1999 flew his single seat Flightstar all the way from Buenos Aires to Oshkosh Wisconsin, crossing the broad expanse of the Brazilian Amazon and hopscotching along the Caribbean islands. Inflated condoms in the wings, sitting on an inflatable mattress plugged in to a fire extinguisher in the event of a ditching at sea. A rubber tube from the carburetor in his mouth that by the means of some properly applied suction allowed him to adjust the mixture as he gained altitude. 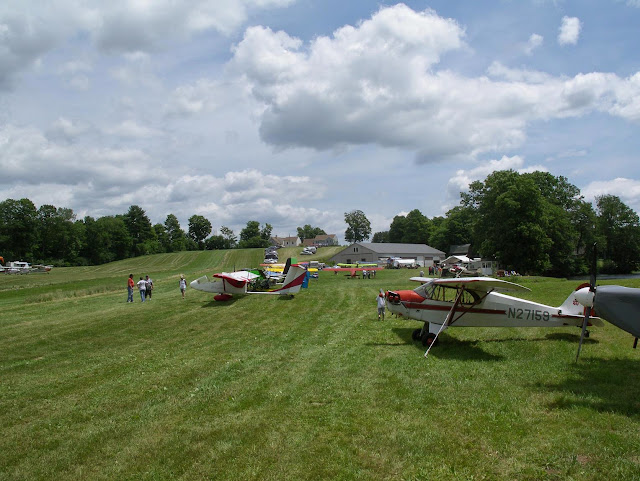 A bit more of the general scene 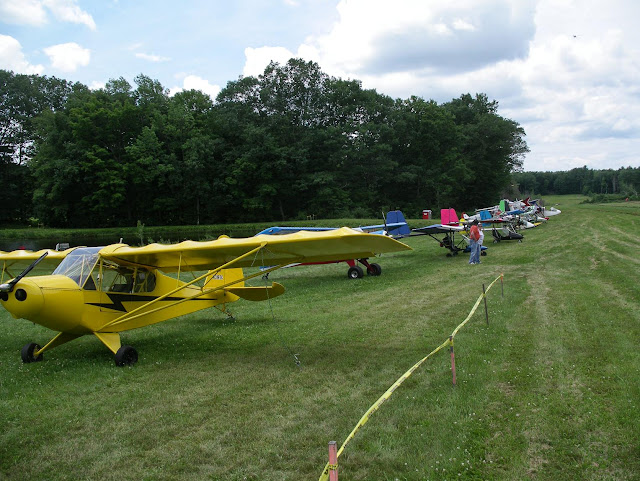 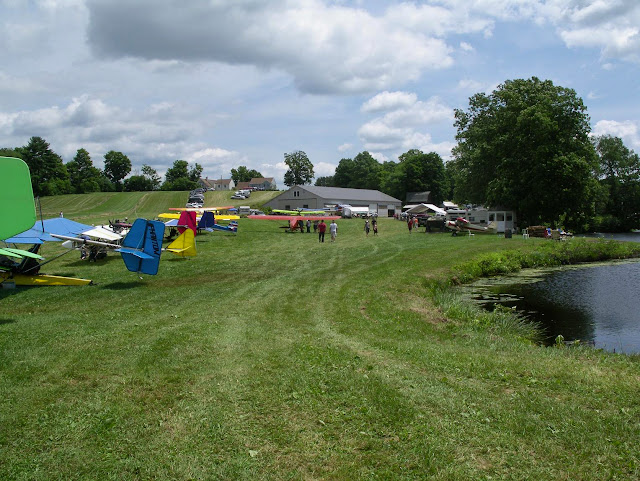 The pond behind the flightline 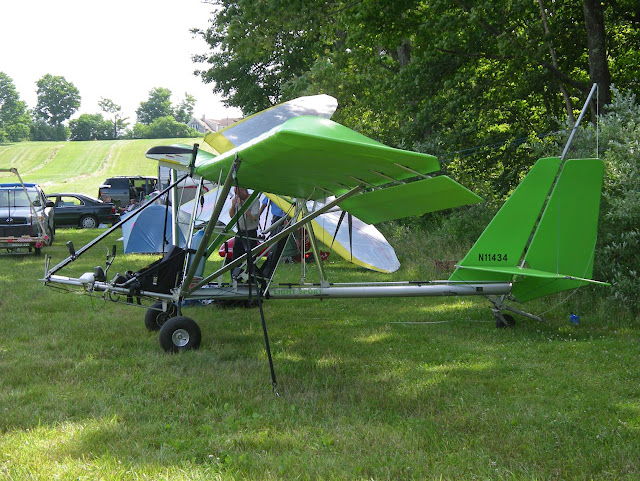 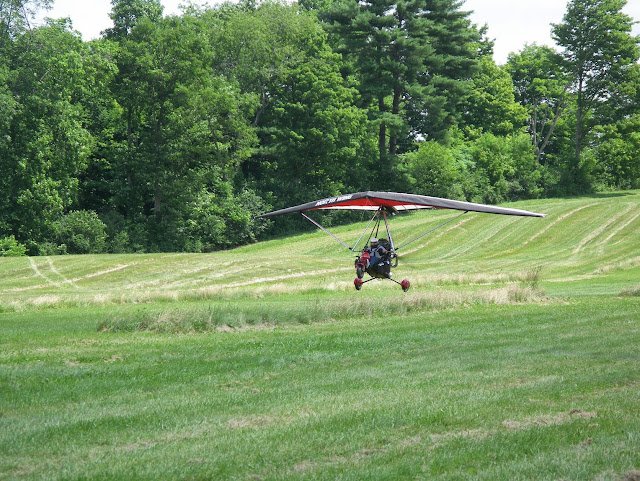 A weight shift trike comes in for a landing 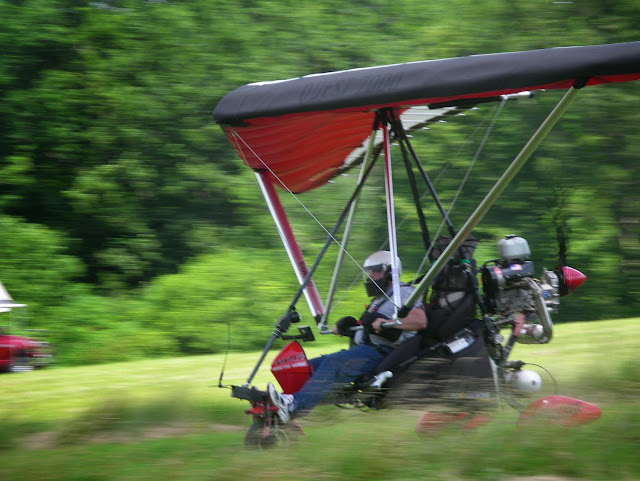 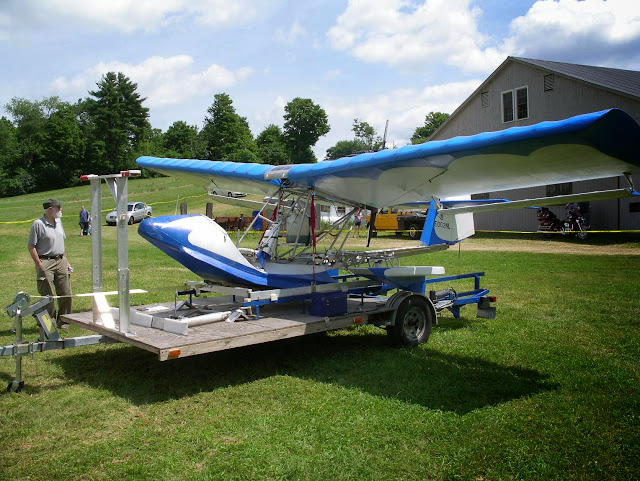 Norm Langlois was there with his self designed home built legal Ultralight seaplane. Unfortunately Norm does not know how to fly and has been unable to find anyone to instruct him in a true UL. A year ago he was making noise about teaching himself in this creation. I gave it my best to talk him out of doing so. I take it as it is still in one piece he has not followed up on his threats. 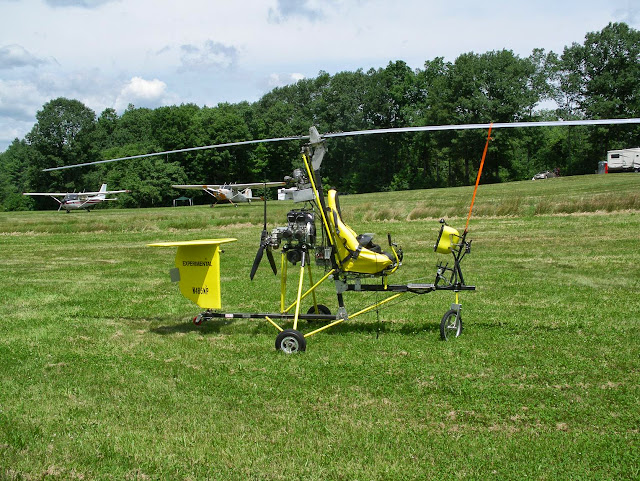 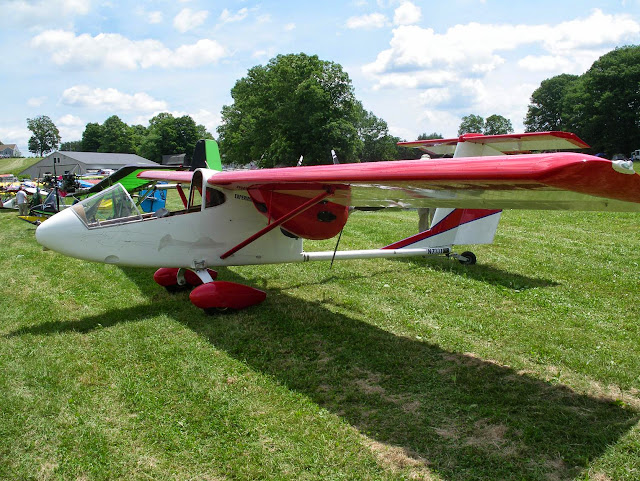 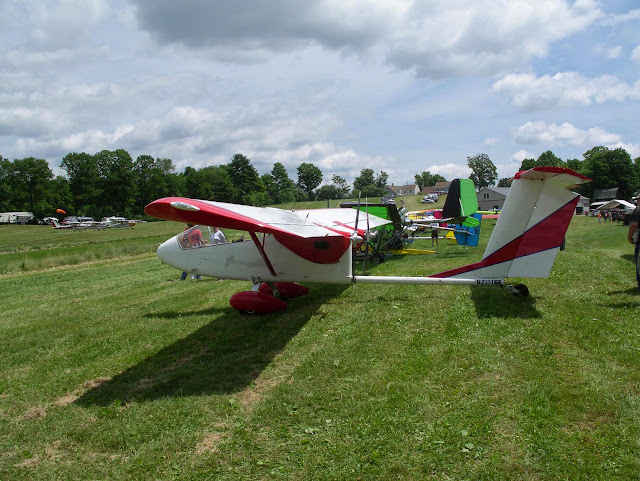 a side view of the Aeroprakt 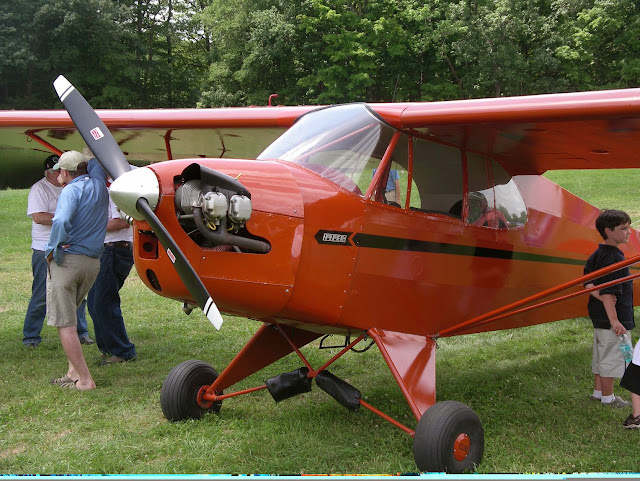 and my favorite, a beautifully restored Piper J-5 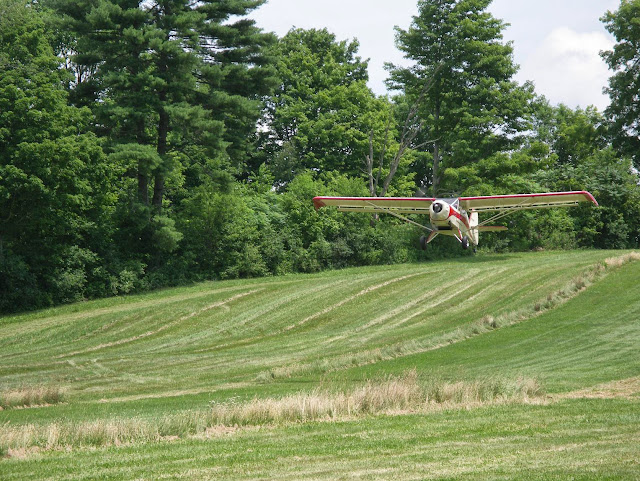