After 20 years the bulkhead door at Balsam Lane was getting a bit long in the tooth. A less than ideal installation, in addition to a roof valley pouring gobs of rainwater on it had rusted the flanges out and it was leaking profusely almost since it was first installed. 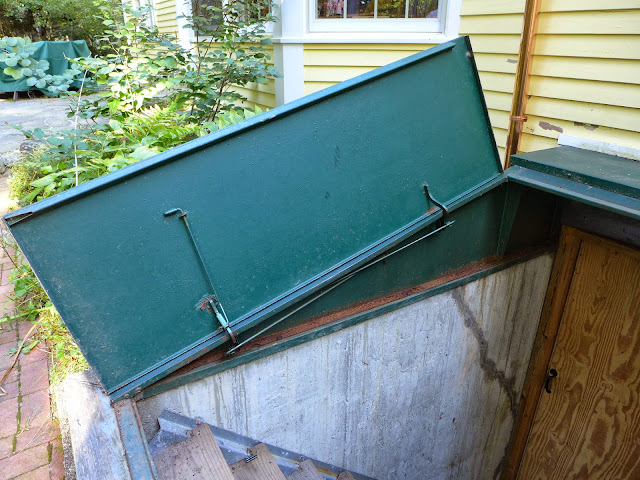 Flanges were longer holding back the rain 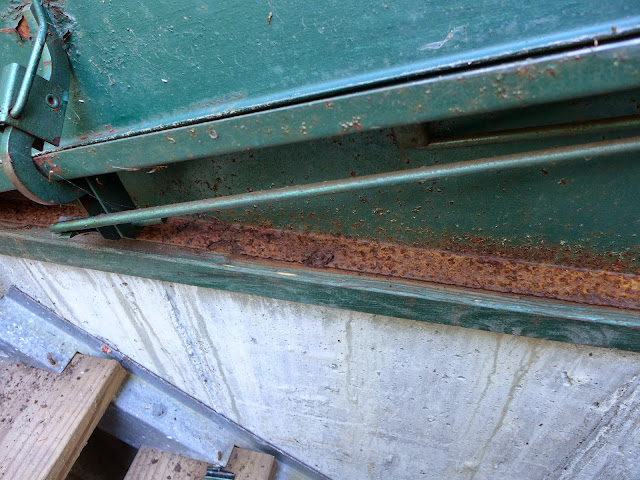 So we looked about for a new Bilco and other options but found nothing really reasonably priced. A new Bilco including the 18 inch tunnel extension was near a grand plus the governor fee. Other options were well over double that. After some thinking I figured it could be mended for a reasonable price. So I removed it and tarped over the well for a few days. 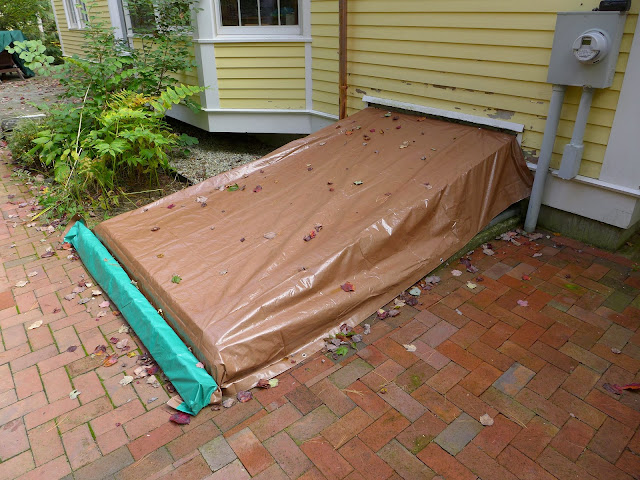 I took the parts home and went at it with the grinder. 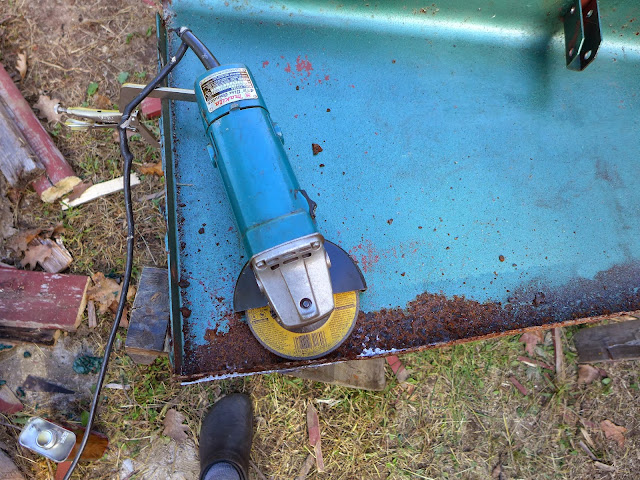 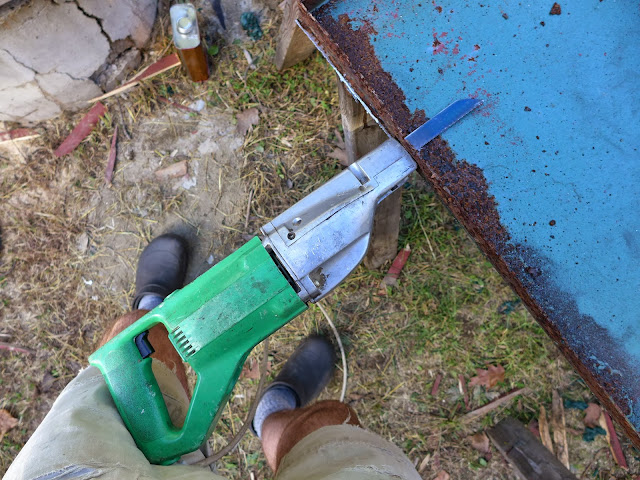 Cut the lower flanges off 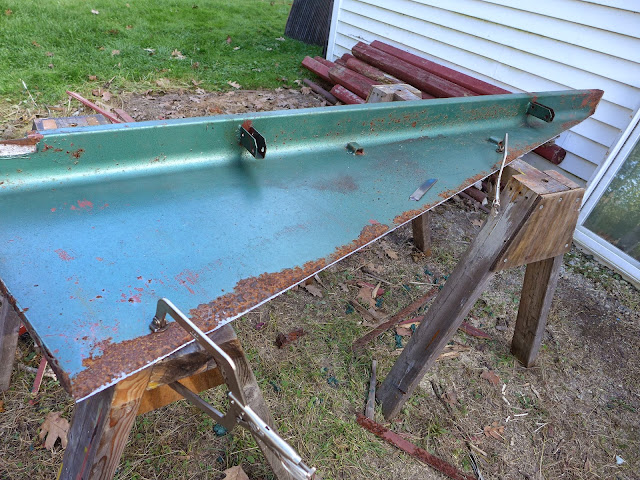 Cleaned up the rust 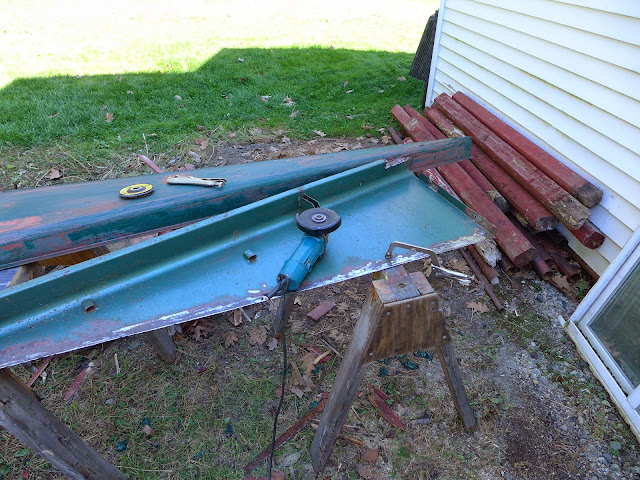 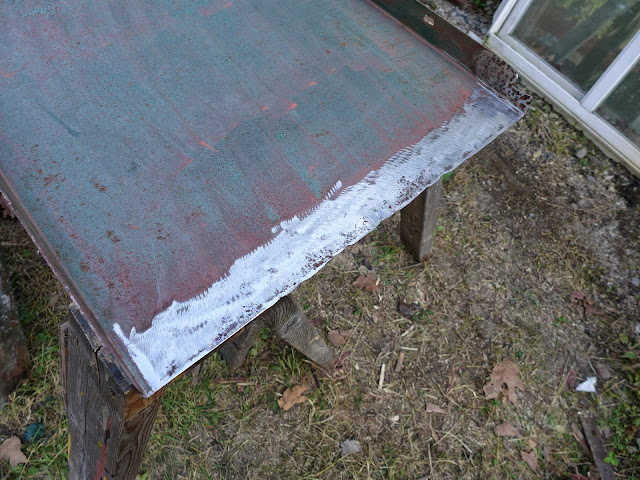 and welded new rails in 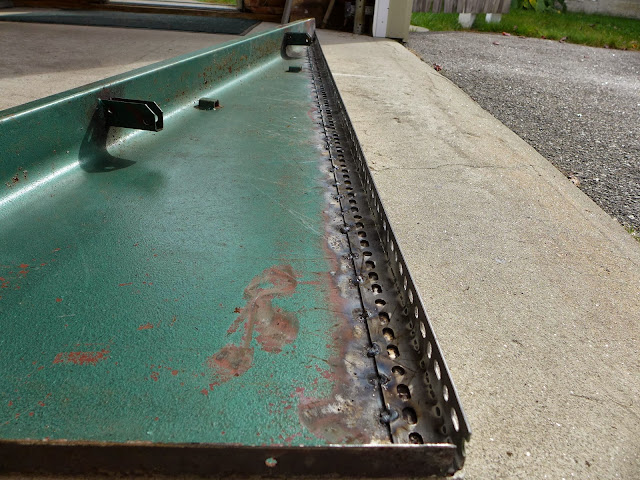 Tunnel side walls also got the same treatment 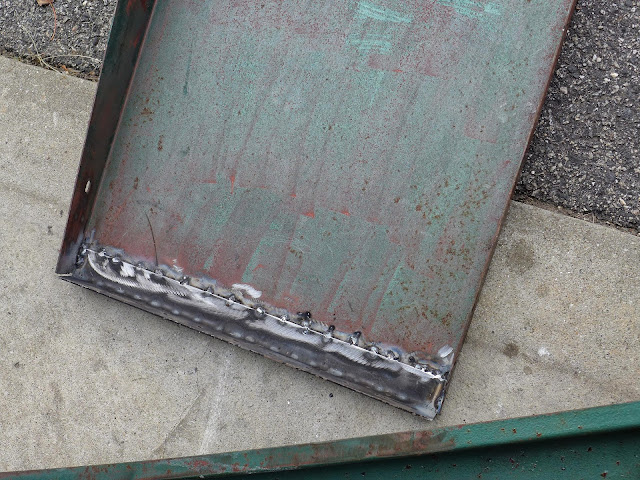 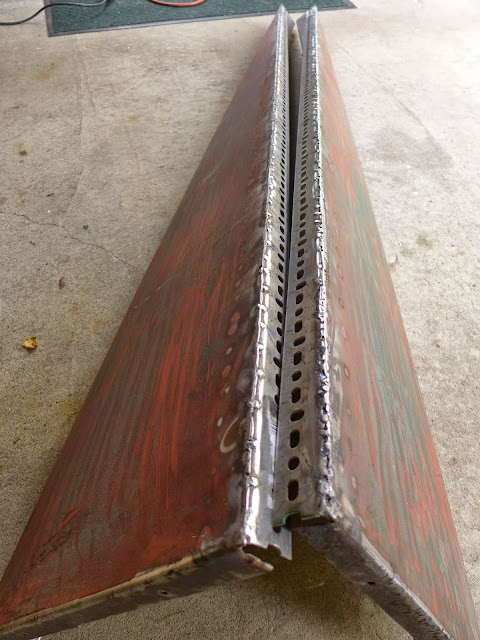 All three rebuilt parts with the new rails 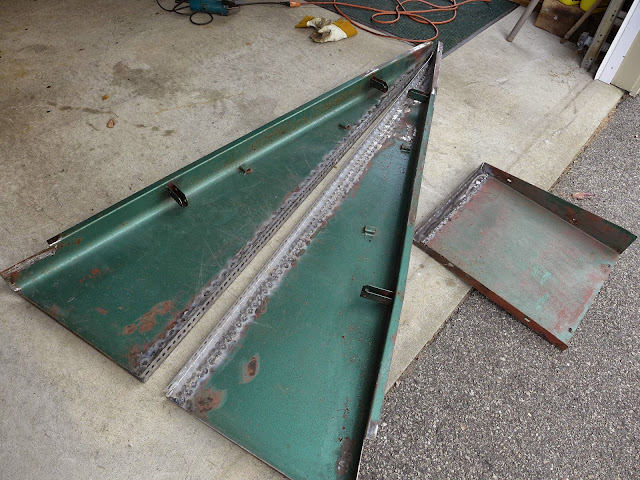 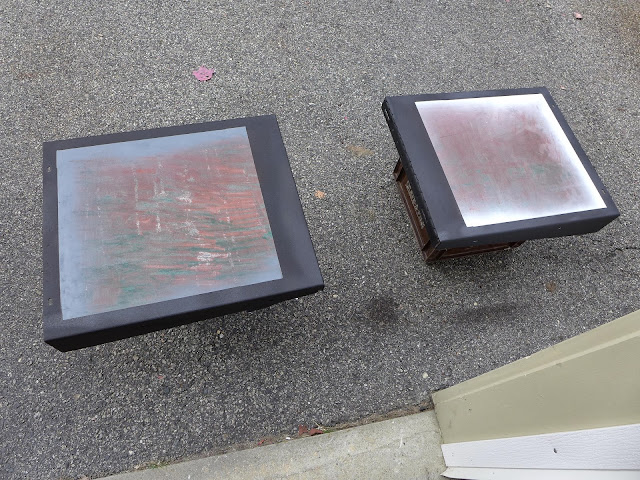 I coated all edges and seams where there are but joints and water tends to collect. 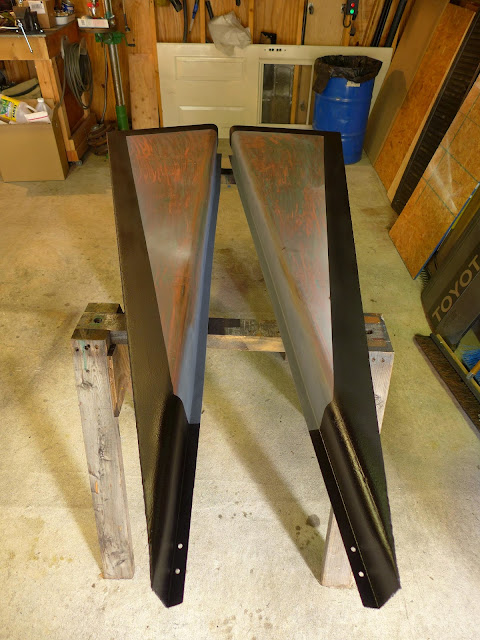 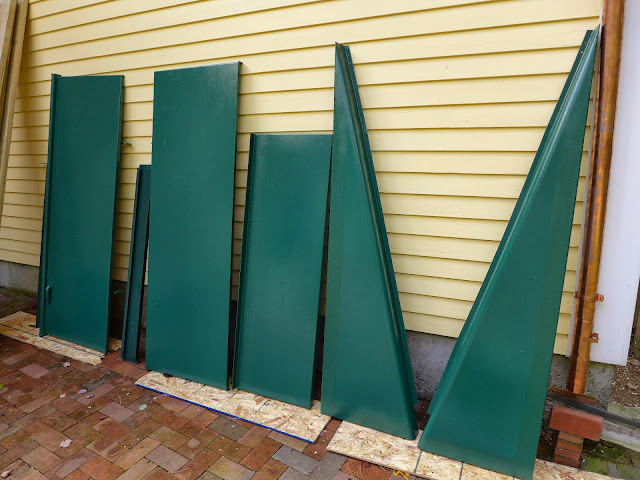 I installed new 2x10 pressure treated sills bedded in PL polyurethane caulking so they would span the entire width of the foundation and not leave another joint for water to collect. This entailed the time consuming and tedious process of drilling the concrete and installing new bolts bedded in epoxy to hold down the sills. Previously the sills were only held down by 2 ramset nails 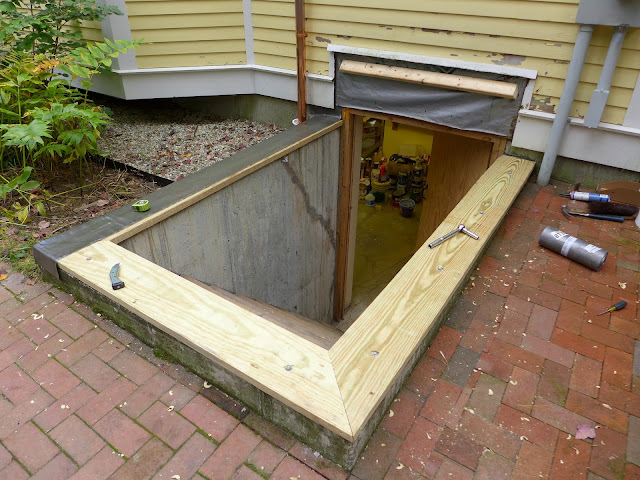 I flashed with 12 inch lead so that the skirt would be well bellow the foundation and sill joint. The lead was extremely pricy, but indispensable in this installation. 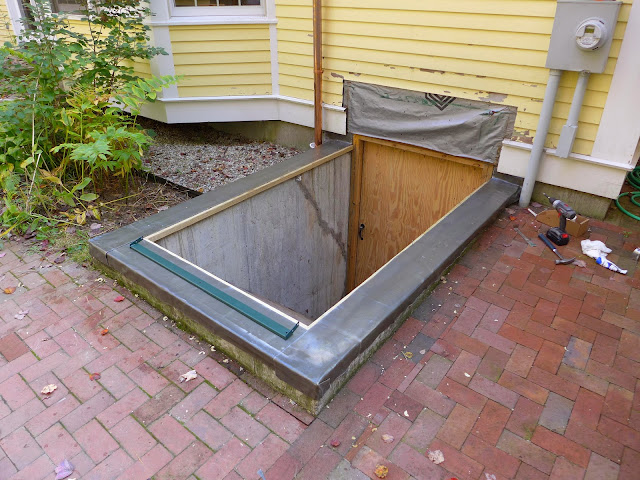 and installed the refurbished door bedded in copious amounts of polyurethane caulk all held down with epoxy coated screws. 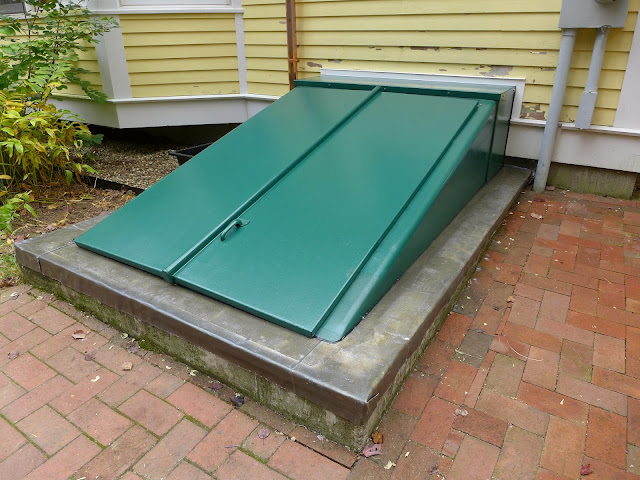 now that is what I call a properly installed basement bulkhead. 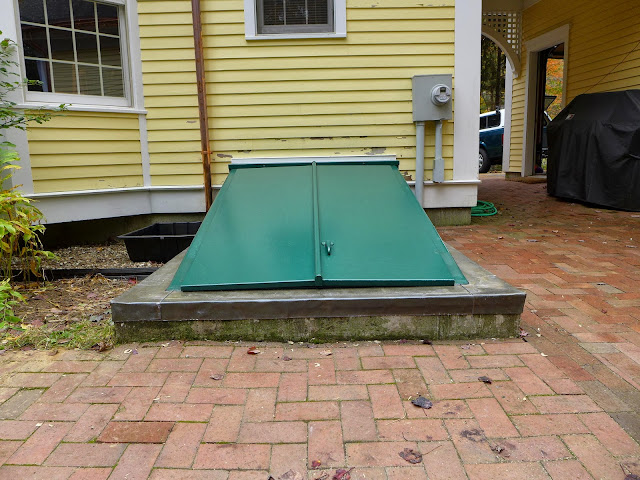