One over priced Buddhist duck from the chinaman on St John's St. 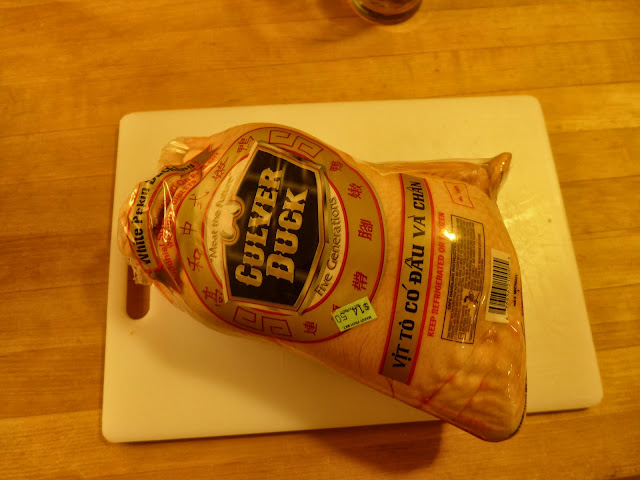 This one came with the "smilings" and "runaways" ( head and feet) 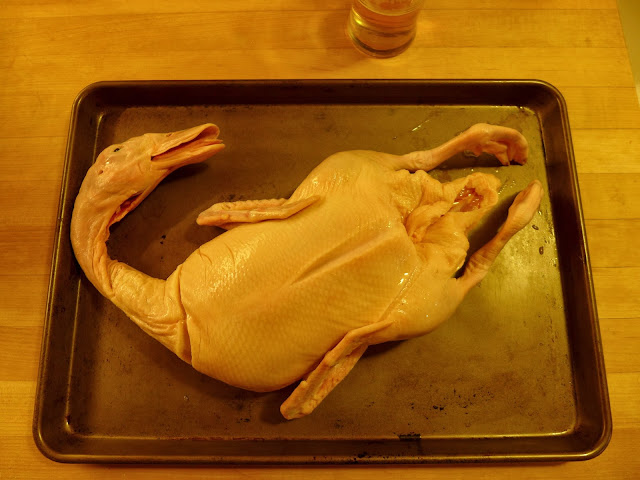 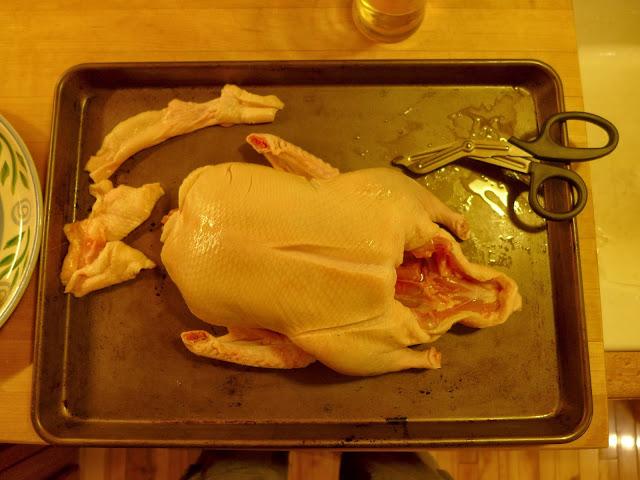 Perforate the skin liberally (do not puncture the flesh) Dunk in a pot of boiling water for about 5 minutes. Season as desired Goya Adobo works for me, and stuff with 2 peeled tangerines, oranges, lemons or what ever citrus you have at hand. 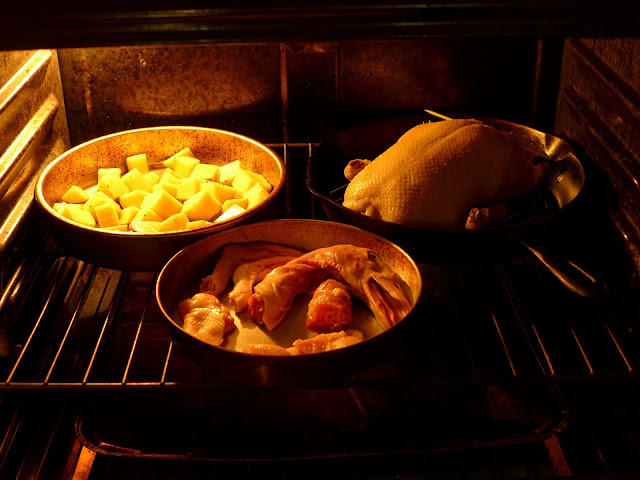 Into a 500 deg F oven along with a couple of spuds chopped and dressed in salt, pepper and olive oil, and the smilings and runaways. Let it rip for an hour. 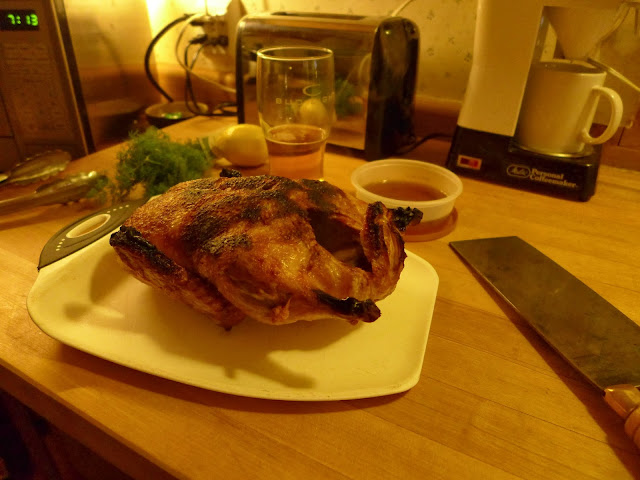 It will render about 3/4 of a cup of golden elixir. Save and set aside preserve for future cooking. 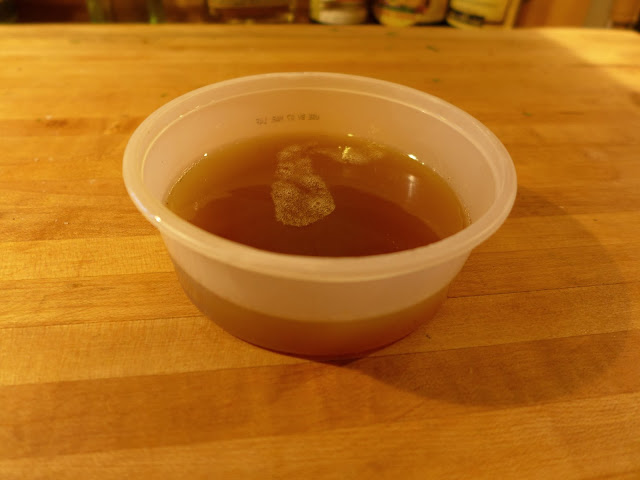 Toss one shallot and one large clove of garlic in about 3 table spoons of said golden elixir in a hot pan, let melt and add some sliced Portobello mushrooms. Add a handful of sunflower seeds and a mess of chopped fresh dill , toss for a couple of minutes in the hot pan and serve. 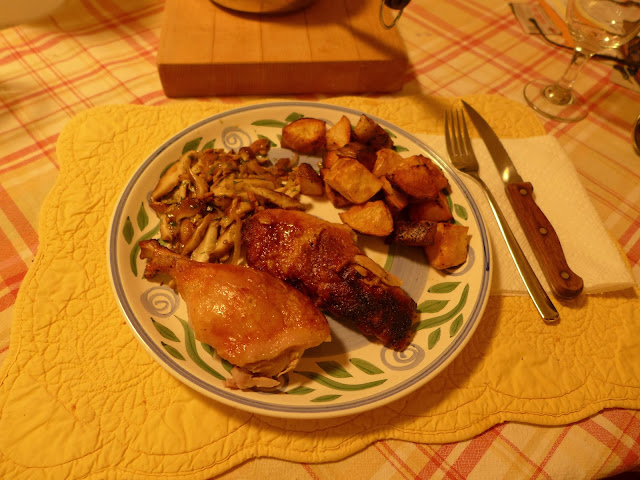 With some 3 buck Chuck (formerly known as 2 buck Chuck) 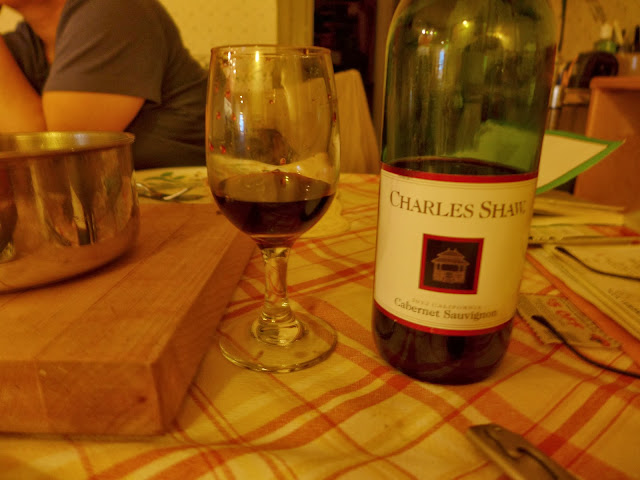 O yes I almost forgot, after you drain off the fat from the pan, and you let the duck rest, pour in a bout a cup of orange juice and clean up the pan, add a couple of splashes of Worcestershire sauce and a splash of brandy and reduce for a gravy.

* Save the head feet and whats left of the carcass/ bones and make duck soup the next day.