Going further with the pie thing, I looked in to other versions. The so called Cornish Pastie seemed easy enough. So I figured I'd give it a go.

First to make the pie crust: 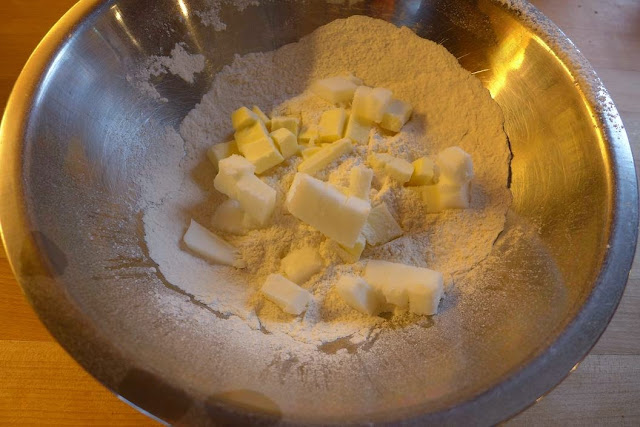 1 and 3/4 cup of all purpose flour. One table spoon of salt. Half a stick of cold butter and an equal amount of lard cubed up in small chunks. 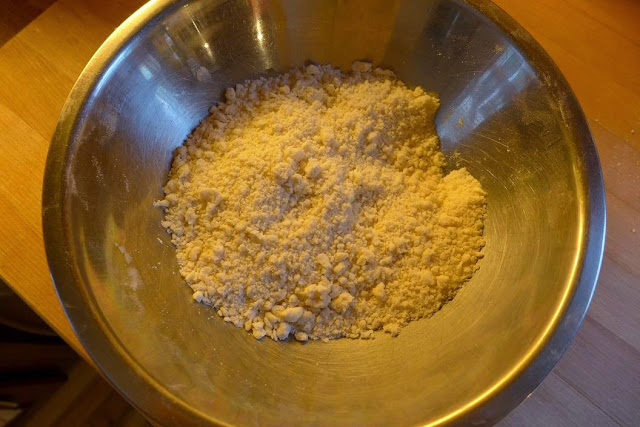 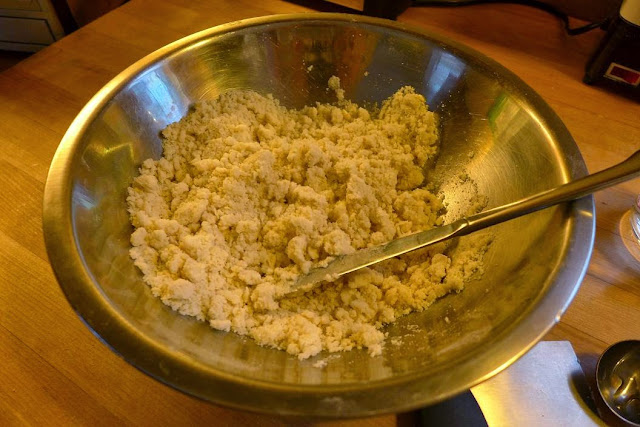 Then start adding very cold water a table spoon at a time and work it in with a butter knife till it starts to clump up. I think it was around 8 table spoons total. 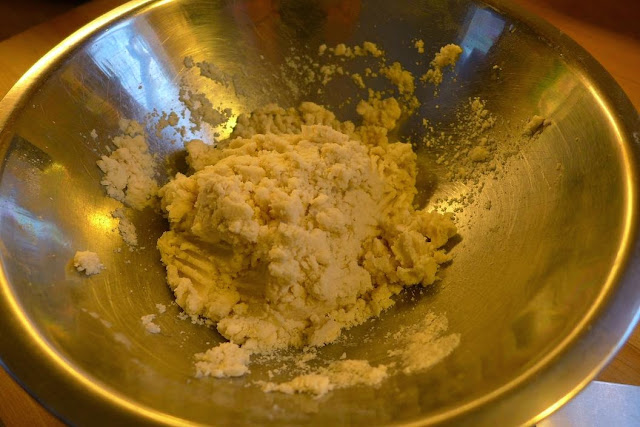 Keep working with the butter knife till it clumps up good and looks like this. 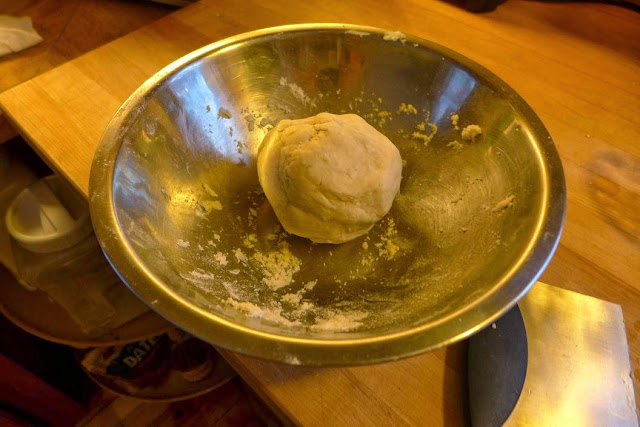 Dust your hands with flour and make a ball like this. Resist the temptation to knead it. 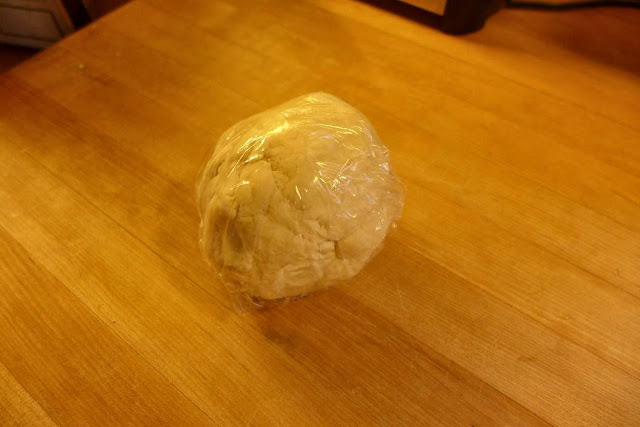 Cover with cling wrap and pop it in the fridge for a half hour to set. 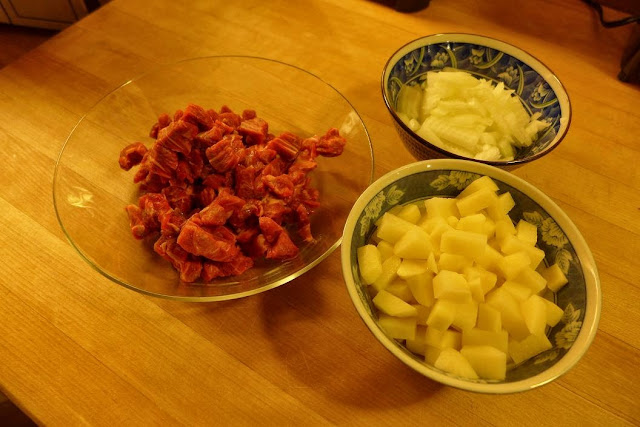 Cube up half an onion, one potato and 3/4 of a lb of beef. Make them small about  half inch across. I used chuck eye steak I had on hand. 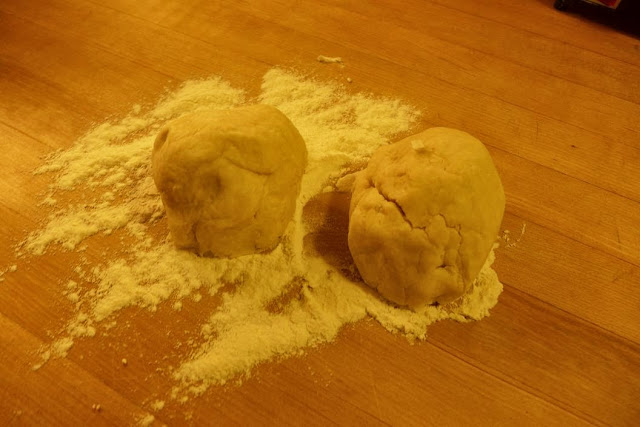 After a half hour in the fridge, take out your dough, dust your bench with flour and cut the ball in half. 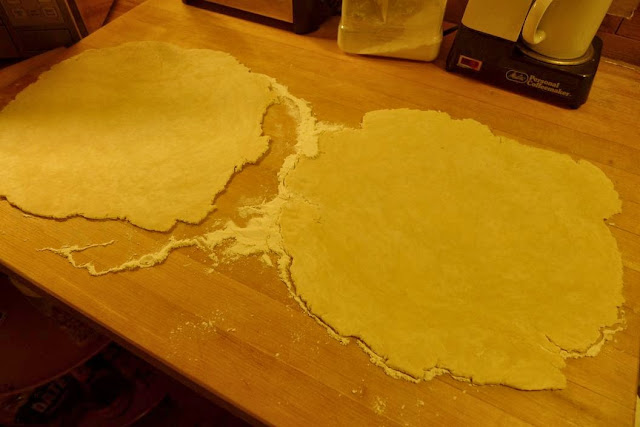 Roll them out with your rolling pin 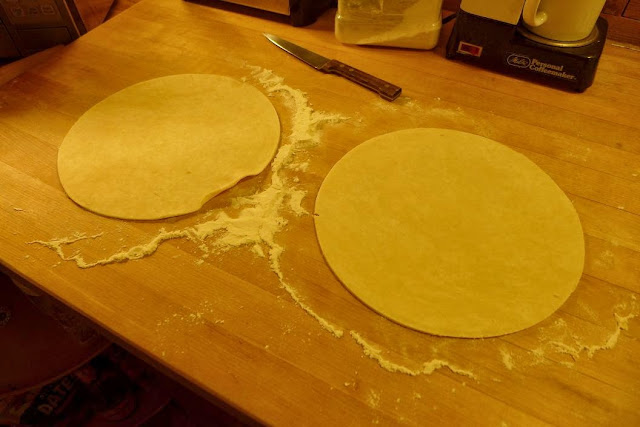 Place a likely sized plate or bowl over them and trace out a nice circle. Set the selvage aside as you will get another pie out of it. 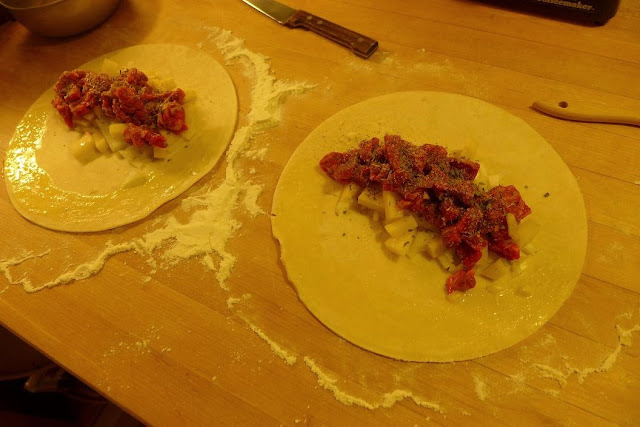 Stack your filing on it. I put the onions followed and potatoes on the bottom and then the meat. In retrospect I think it wold be better to mix the onions and meat and put those on top of the cubed potatoes. Brush some egg on the edge of one half of the crust and dust your filling with salt, pepper, garlic and tarragon or any other spices of your choice. 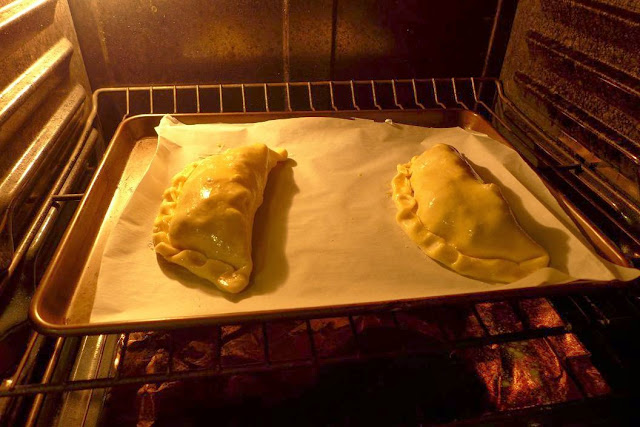 Fold over, crimp the edge in a braided rope pattern, brush with egg wash and in to a 400 degree F oven for about 45 minutes. i did poke a hole or two in them to let off the steam. 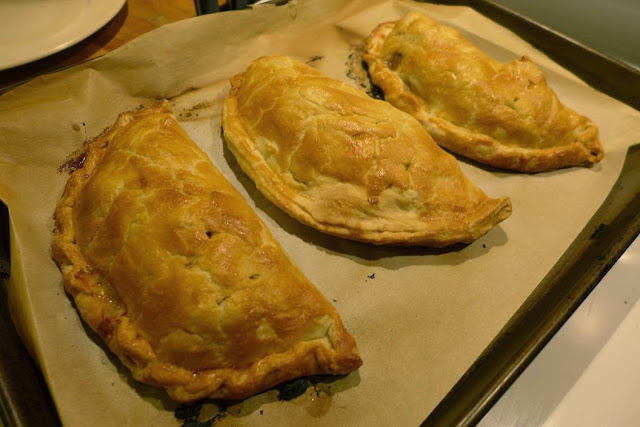 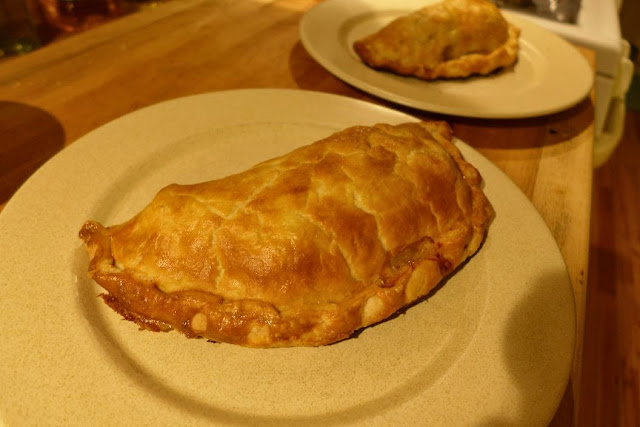 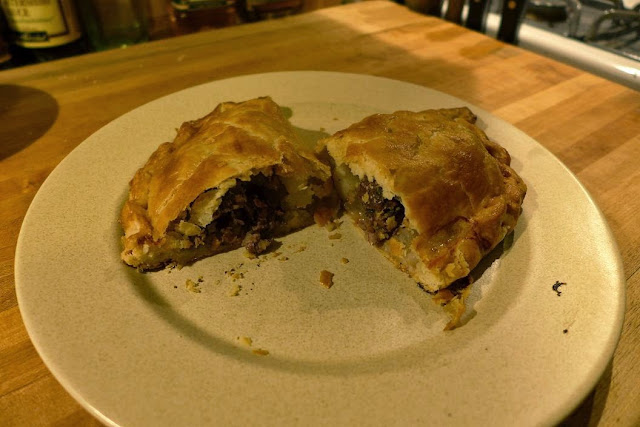 I can see just about any filling would work. Any kind of meat or left over stew, even ham and cheese would be tasty as well.