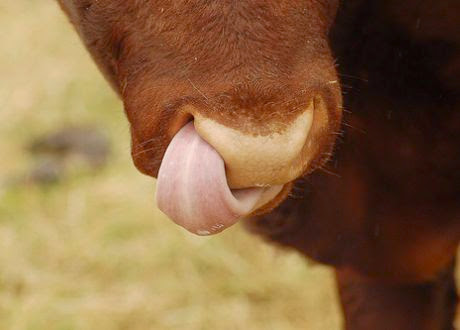 Don't let the looks freak you out. The results are well worth the effort. 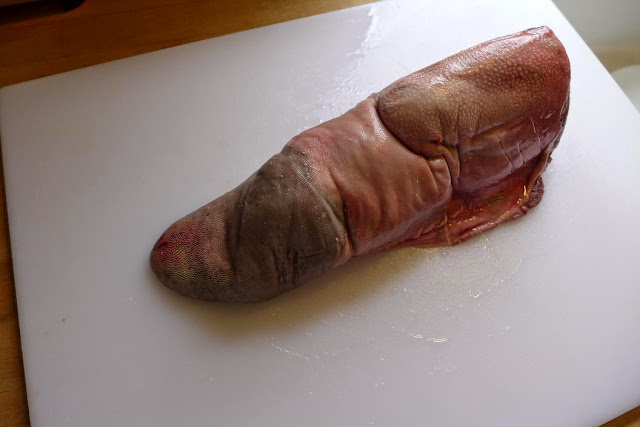 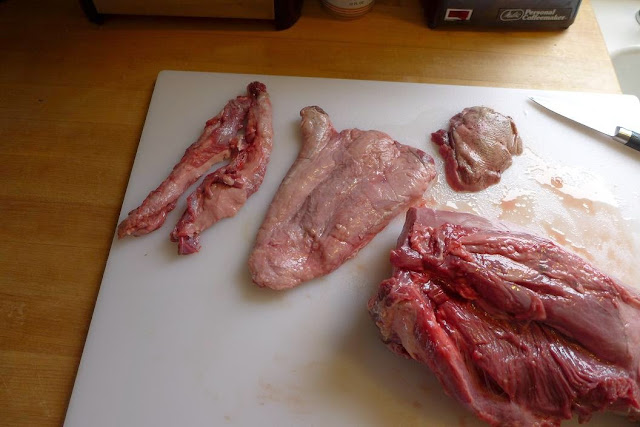 Trim the fatty bits off. A large chunk on the base and a couple long thin bits along the sides. You do need a razor sharp knife for this. You can skip this part all together and boil it just as it is, but I find it makes for better results if you do remove at least the big chunks of fat. 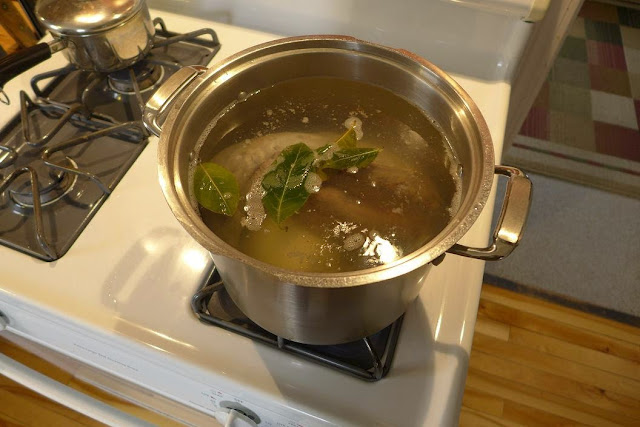 Plunk it in a large boiling pot of water with one large white peeled onion 6 bay leaves and 2 table spoons of salt. Bring it to a boil, cover, reduce to a simmer and let it go for two to two and a half hours. 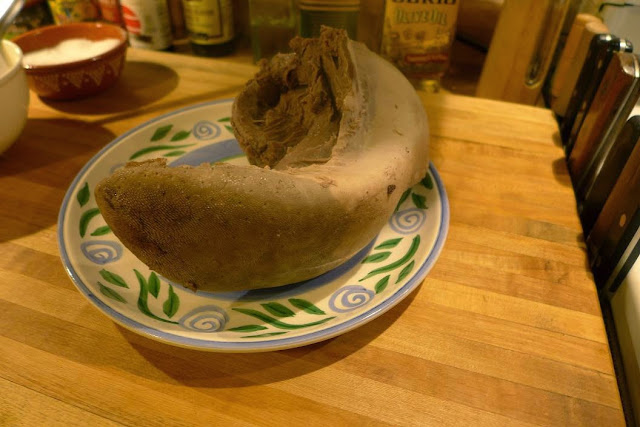 After about two and a half hours remove and let it cool for about a half hour. 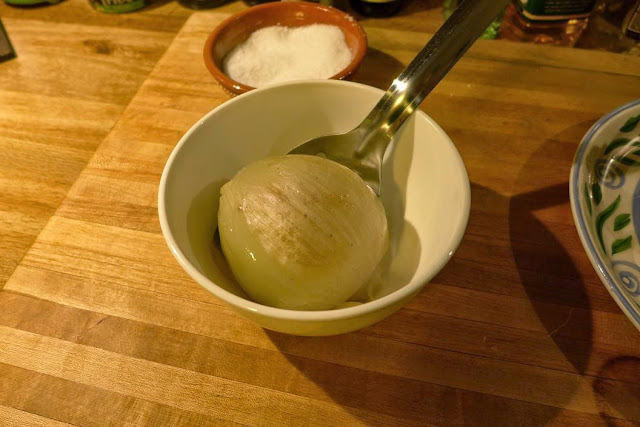 Remove and reserve the boiled onion. Save the broth as it is good for a soup later. 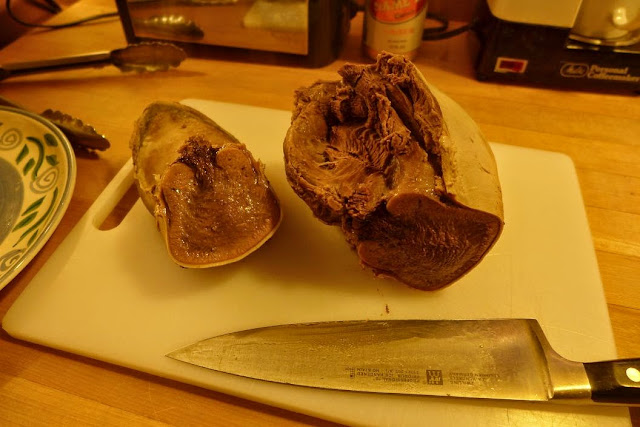 Once cool enough to handle cut the tongue in half . . . 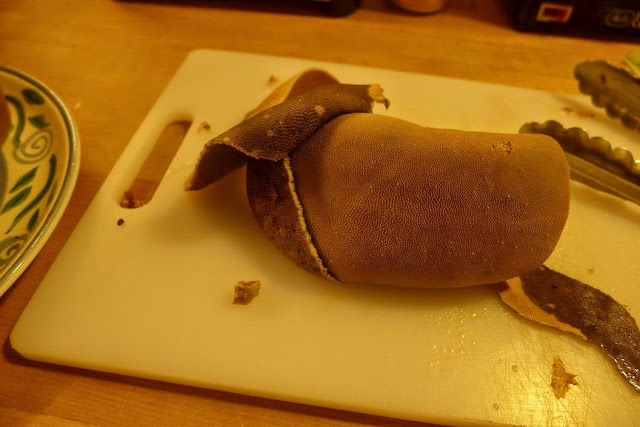 . . . and peel the outer hide off the thing. The underside is thinner and a bit trickier to remove. Just keep at it you'll figure it out. 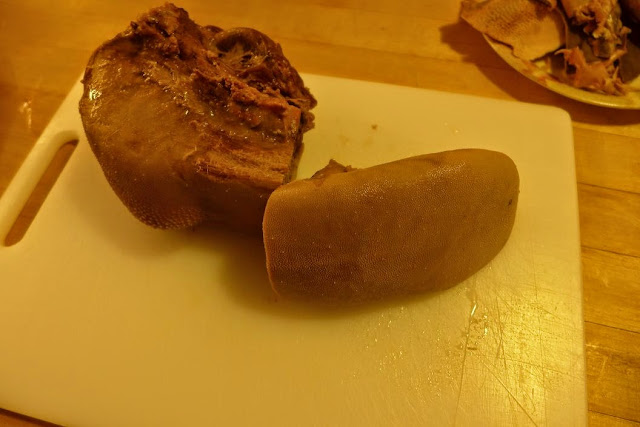 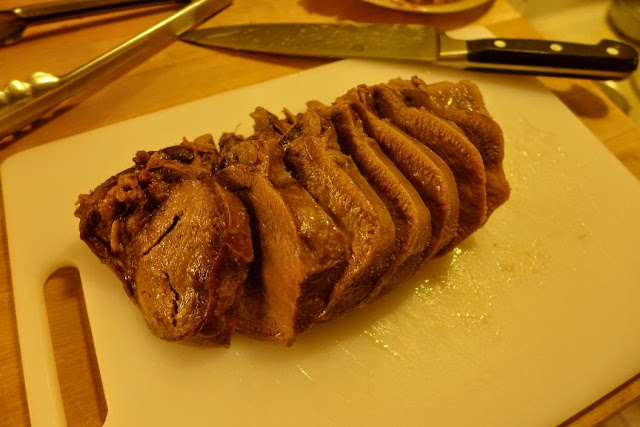 Slice it in to nice half inch thick slabs 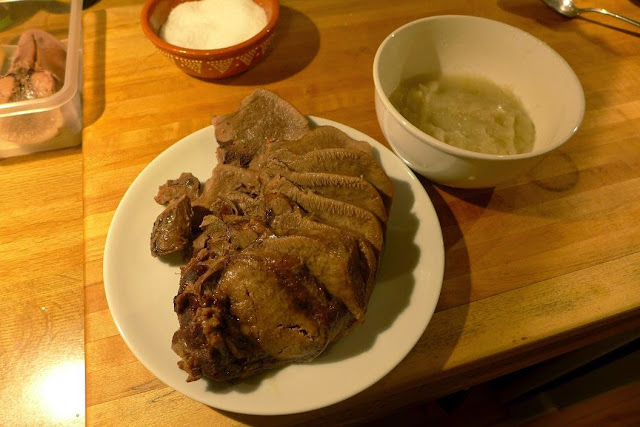 Puree the cooked onion in a blender or food processor 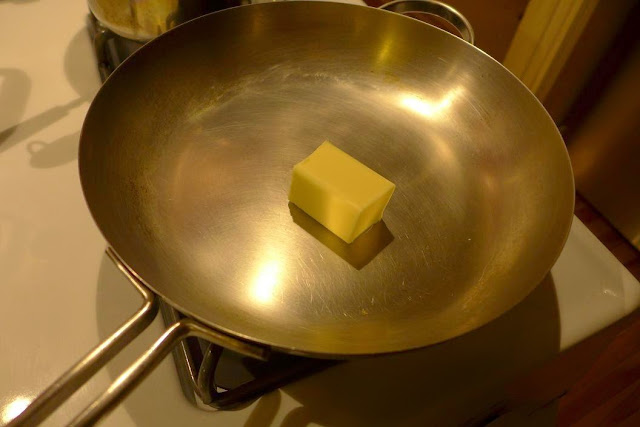 Melt a third of a stick of butter 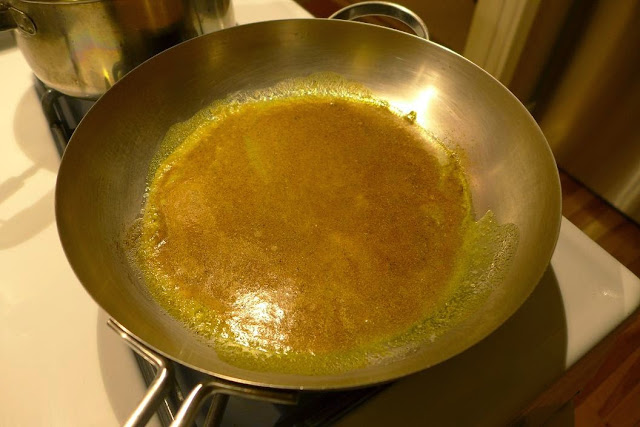 Add one teaspoon each of Curry powder, Tumeric and Cumin. Pour in your blended onion adjust flavor with salt and pepper. This part you can play with. I like mine mild but if you like the hot stuff you enjoy twice, knock yourself out. 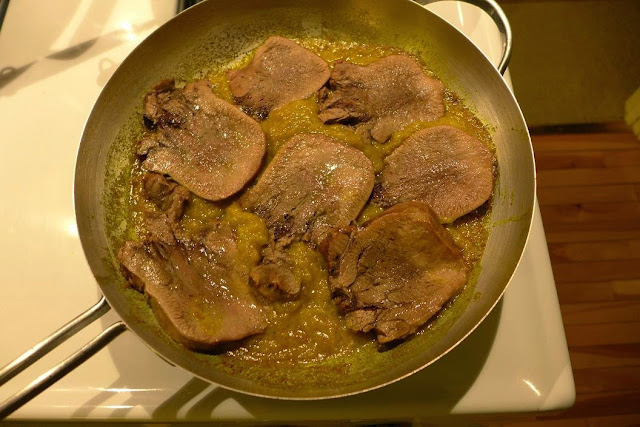 Toss in the slices and warm them up 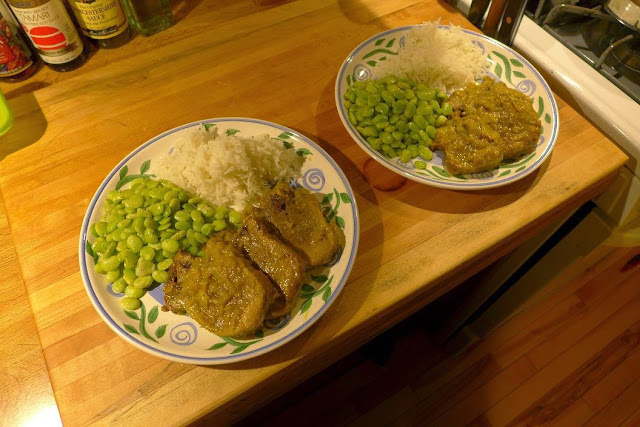 Serve with white rice and a side veggie. . . . takes a bit of effort but it is really delicious and well worth the trouble.