A bit of gratuitous rubbernecking


Yesterday evening about 7 pm I just got done cleaning up my mudding tools after taping the drywall joints in the living room, when we heard the fire trucks roaring up Rt-1 one block away. And they kept coming and coming for about 15 minutes. Pretty soon we had a bit of a traffic jam on our corner as it was apparent Rt-1, the main artery for local traffic had been blocked off and they were routing all traffic through our little neighborhood. A fire pumper was set up on our street about 150 ft from our house to tap in to a hydrant and pump water 1/4 mile up to the scene thus creating an even bigger traffic jam. So after a quick bite to eat, a walk to see the action was in order. 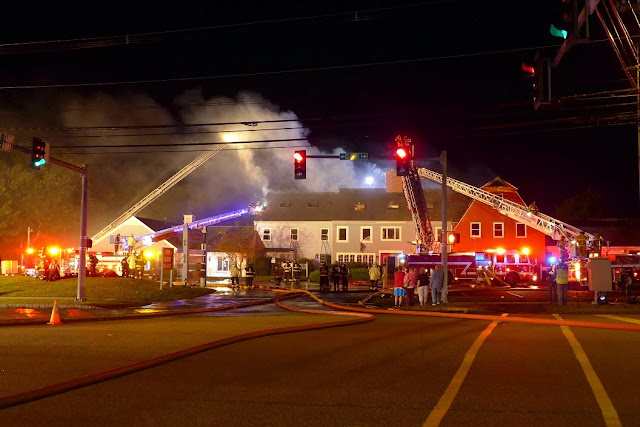 Apparently a business building at 153 Rt-1 was on fire. 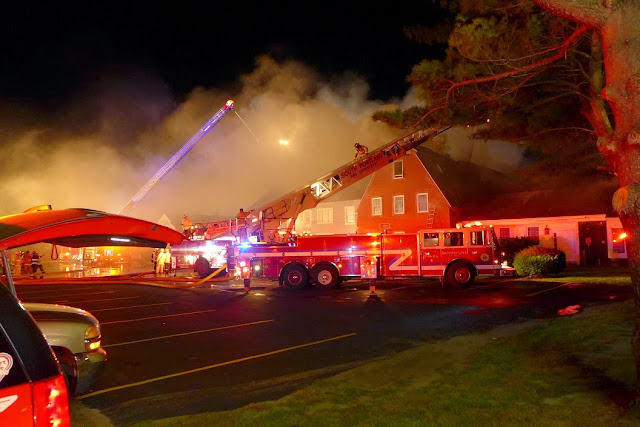 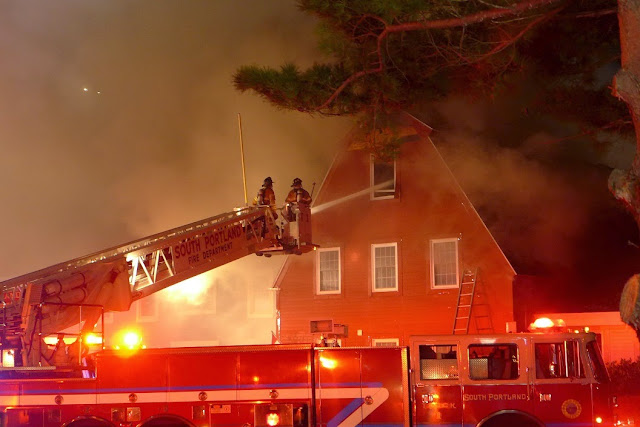 The boys were doing their best to knock it back, but kept losing water pressure 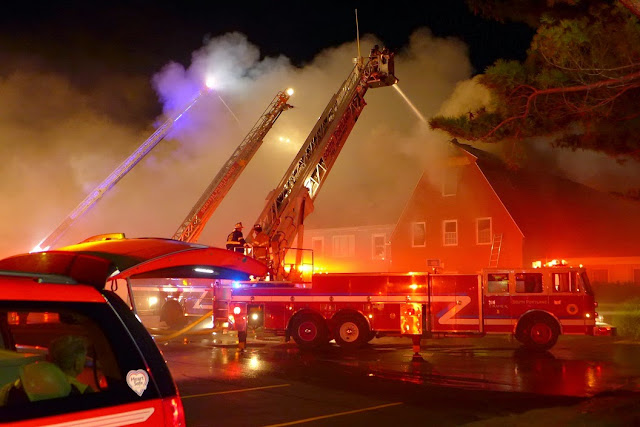 It was necessary to call in six other towns for help 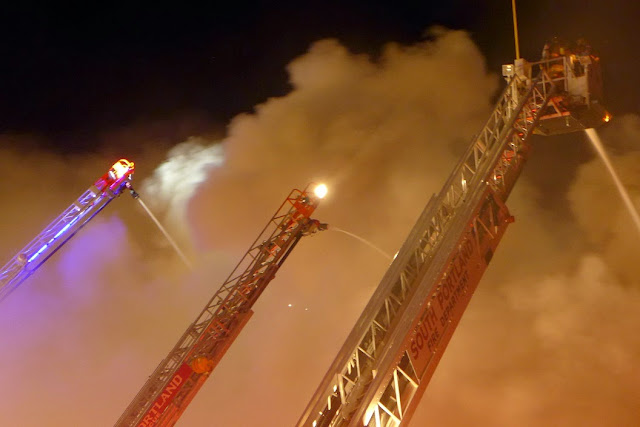 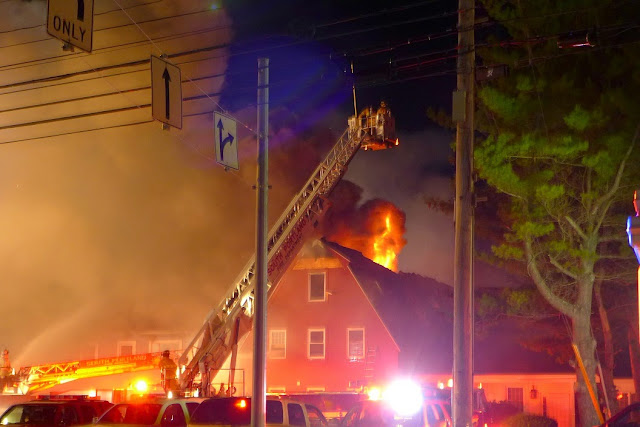 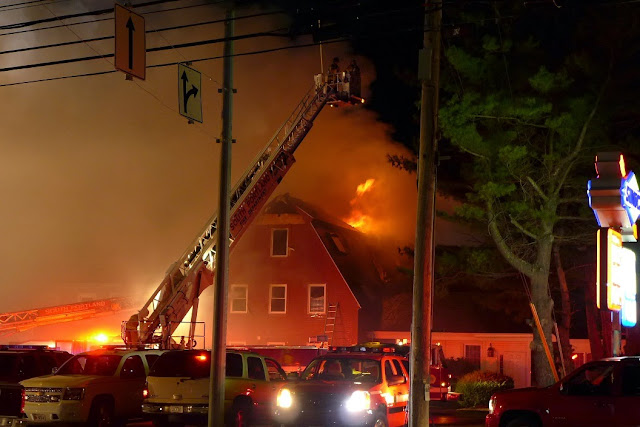 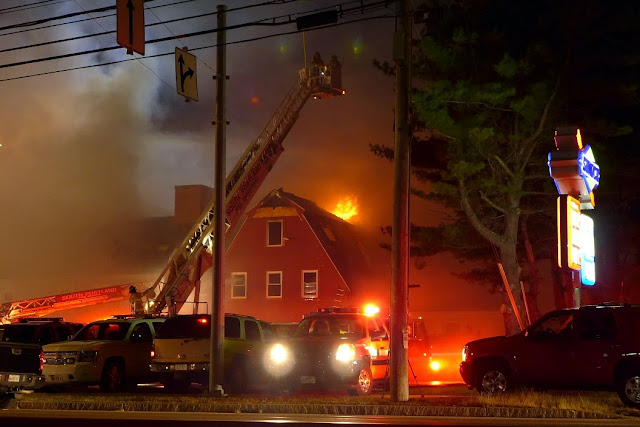 A surveying business lost a lot of historical drawings . . . the big danger was the gas station next door 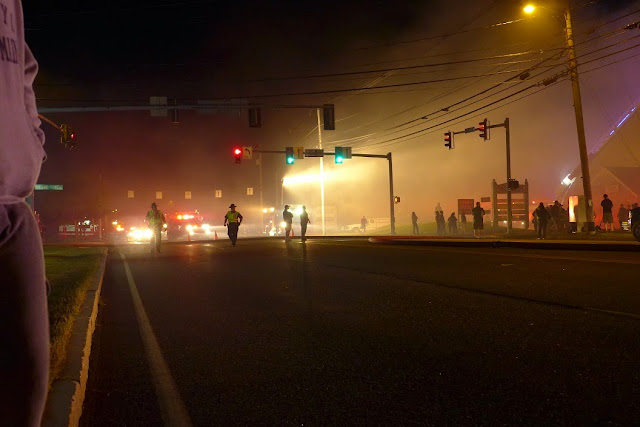 So we all hung around and had a bit of a block get-together till about 11 pm. I heard the last of the trucks leaving the scene this morning about 6 am. 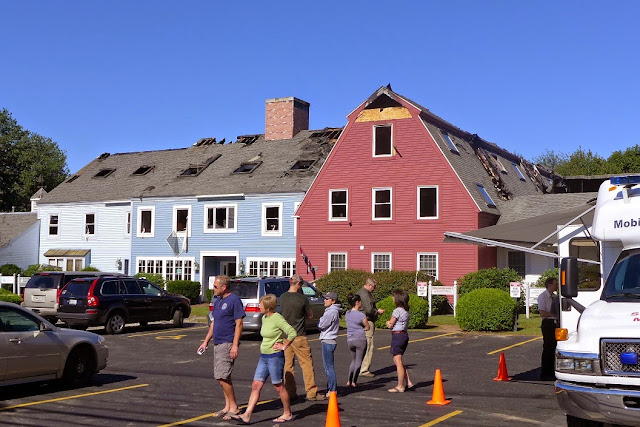 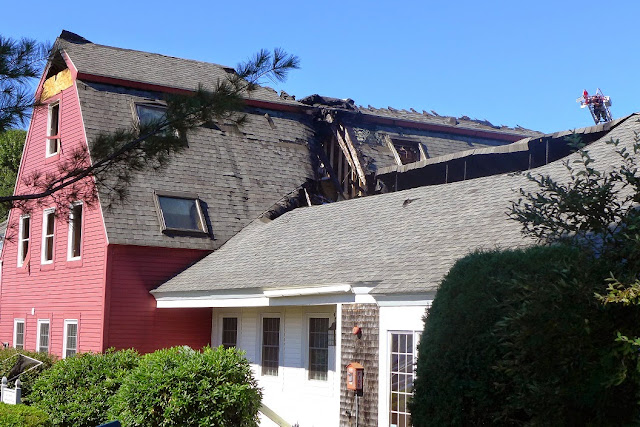 Hopefully some of the contents can be salvaged 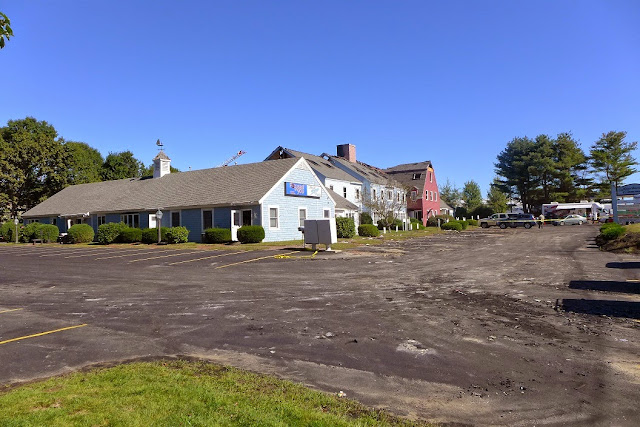 The lower long west side of the building seem to only have sustained smoke and water damage. 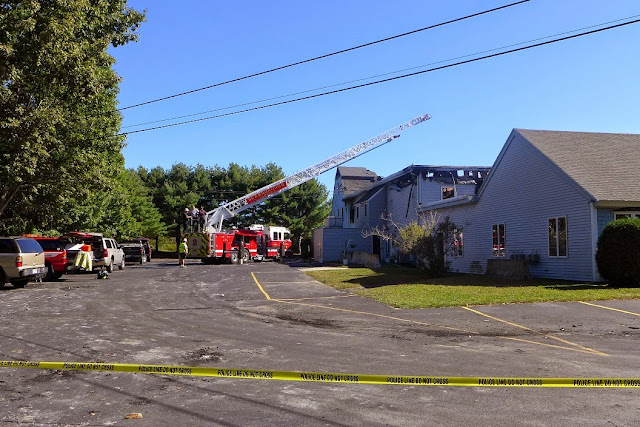 Around the back side it all becomes more obvious. 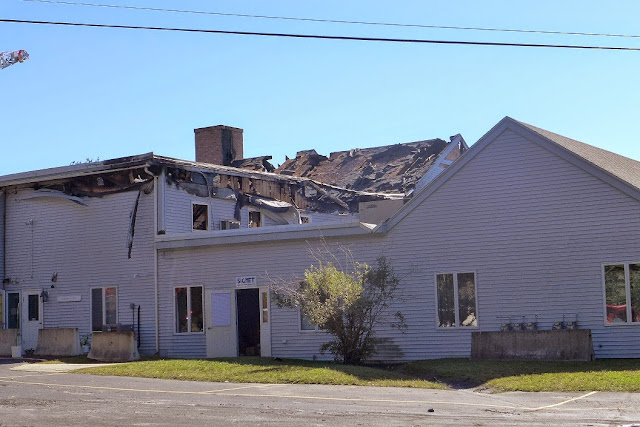 Its one of those typical New England buildings where they have just kept adding on over the years. 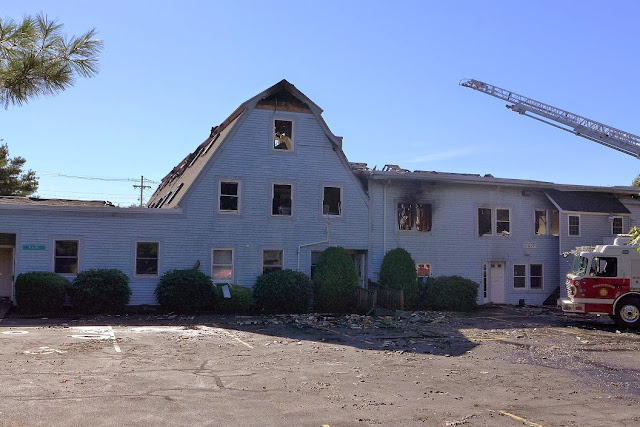 Seems the origin of  the fire was in the back upstairs room with the double window. 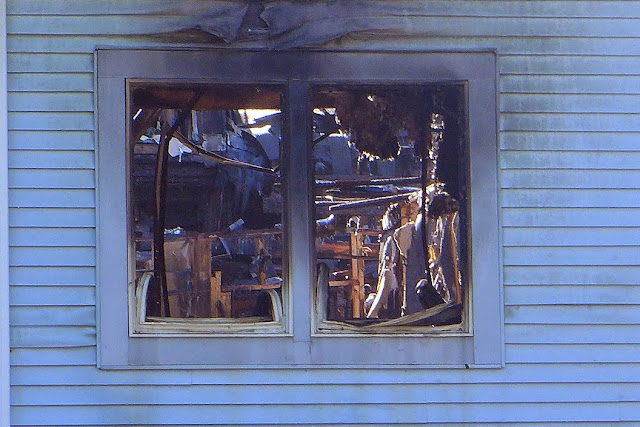 Apparently a large AC cooling tower came crashing through the ceiling when the rafters gave way. The cause of the fire is yet to be determined.