After doing like a frenchman all week playing with plaster, I got most of the stairwell mudded. 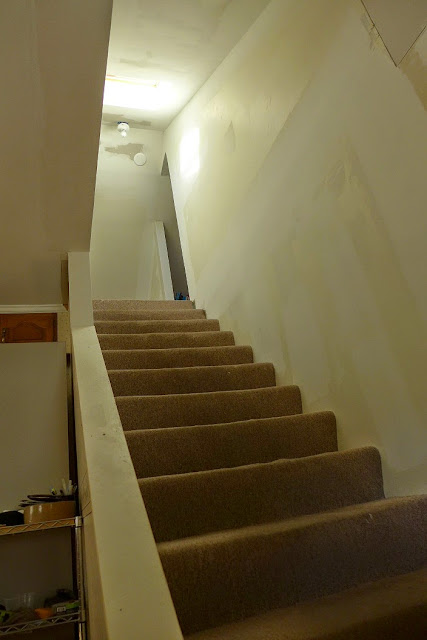 Ready for a light sanding and paint 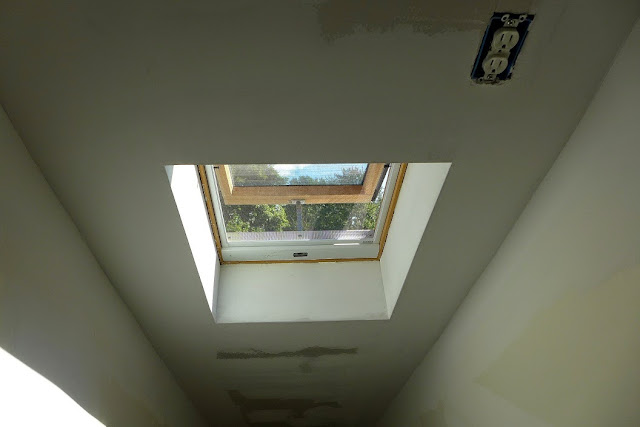 Skylight well drywalled and mudded, including a most useful ceiling outlet as a means to terminate one of the stray hot wires I was unable to remove without tearing out the ceiling in the adjoining bedroom, and opening a whole new can of worms. That will be a job for a later chapter. The ceiling outlet has already been put to good use for vacuum cleaning and plugging in a fan placed in the skylight to draw heat out of the house in summer. 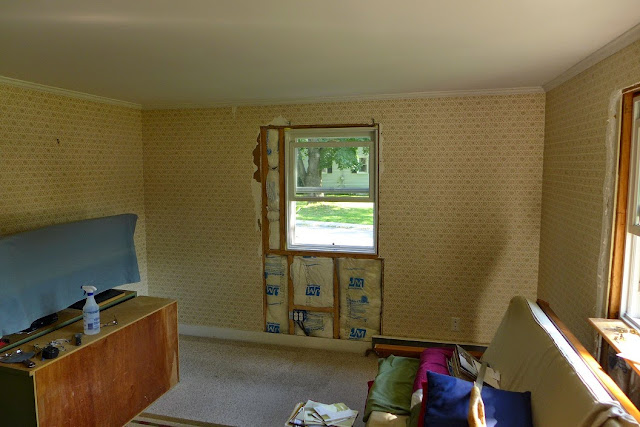 Then there is the small matter of the hideous wall paper in the living room. It simply will not come off without tearing up the wall board. After some head scratching we decide out with the drywall as it is easier to start with a clean slate rather than go through all the trouble to skim coat the old drywall. 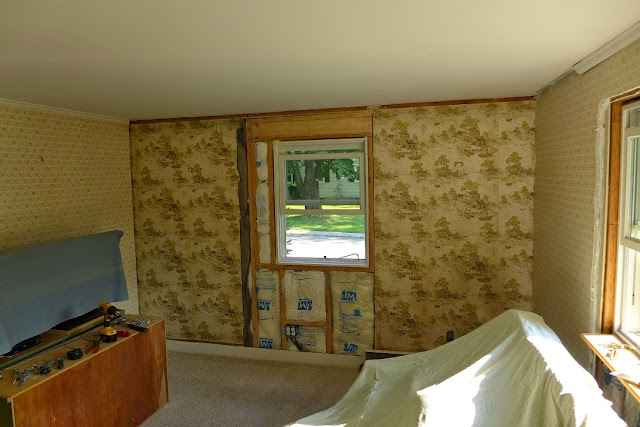 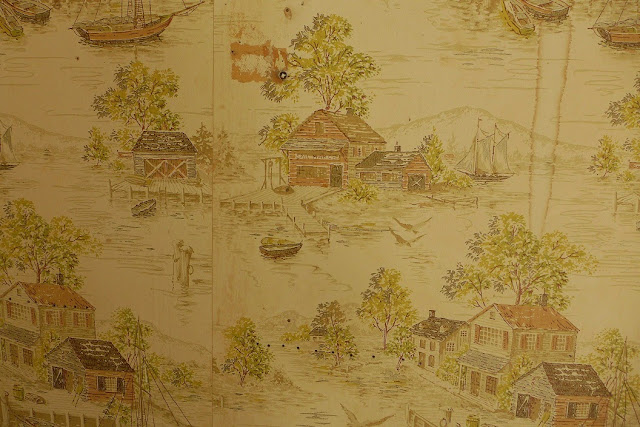 Of this lovely stuff . . .  what were they thinking? like I said at every turn things were monkey rigged, even if it was more difficult to do so. . . . someone was certainly smoking dope when they chose to put this crap up back in the sixties. 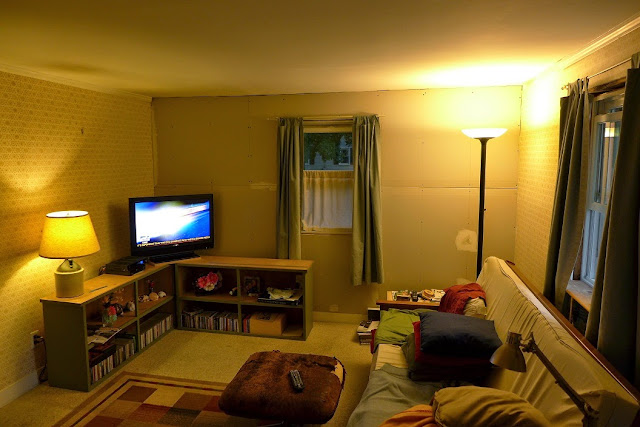 So after some liberal use of adult vocabulary and not some minor frustrations, I managed to clean things up, rewire the TV outlet and hang new drywall. Yes, I managed to miss removing two old screws that poked though my new drywall, hence the white patches. Enough sweating and swearing for one day. 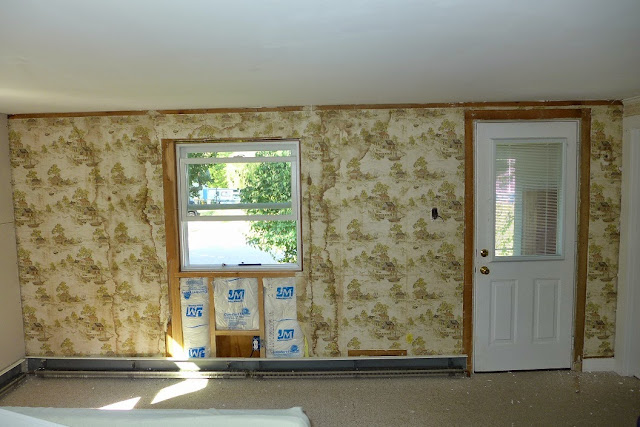 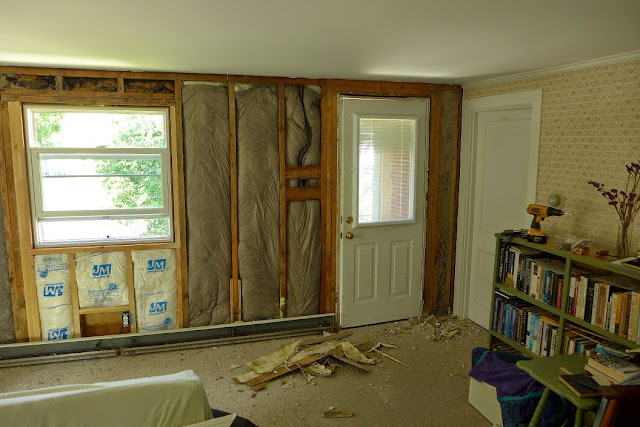 Nothing to it but to make a mess and tear it all off as well. 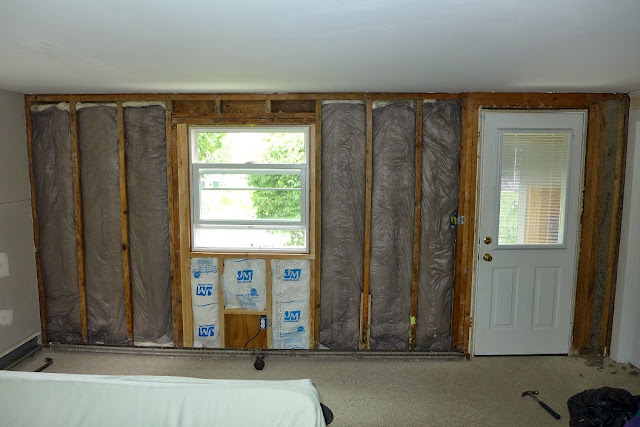 I finish tearing out the baseboard heat covers and the old wood baseboard behind them with some more considerable cursing, skinned knuckles and frustrations. And run new wires and switches for the front door light and outlet. 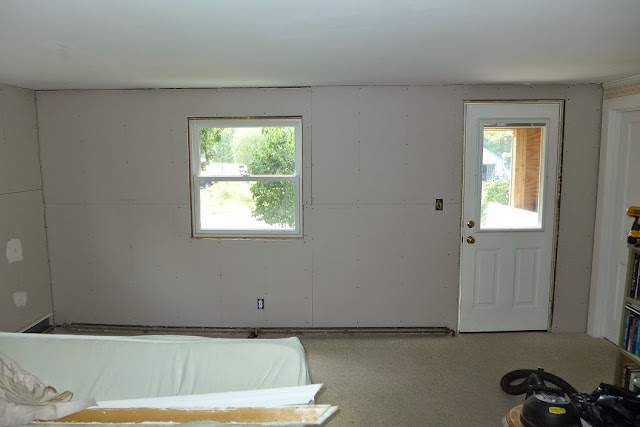 And after a dump run and a second load of sheet-rock from Lowe's, get it all dry-walled and things cleaned up outside just before the storm hit at 4 pm. I guess I am in for another week of doing like a french-man with mud.