Saturday dawned clear and blue, so we went out for a fly. 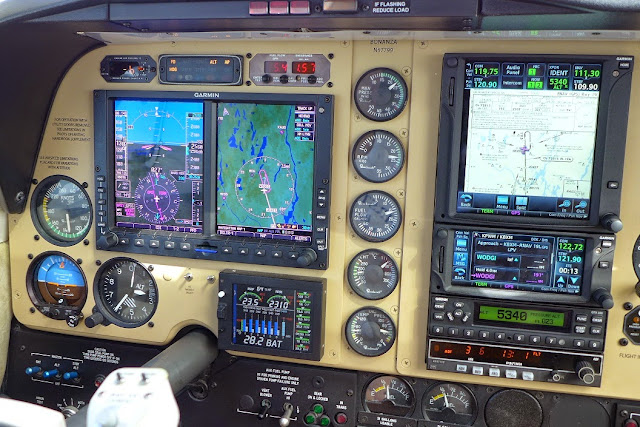 For of bit of instrument practice 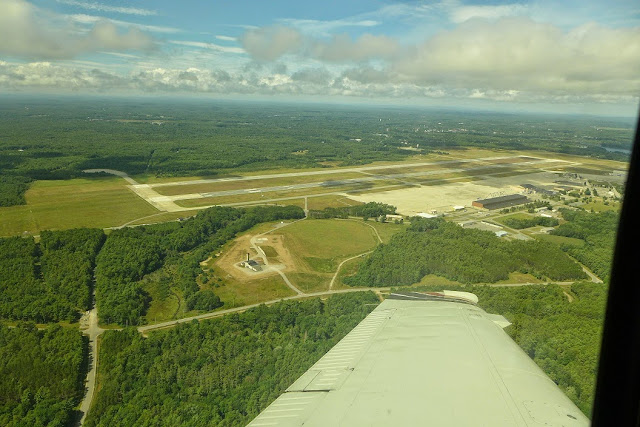 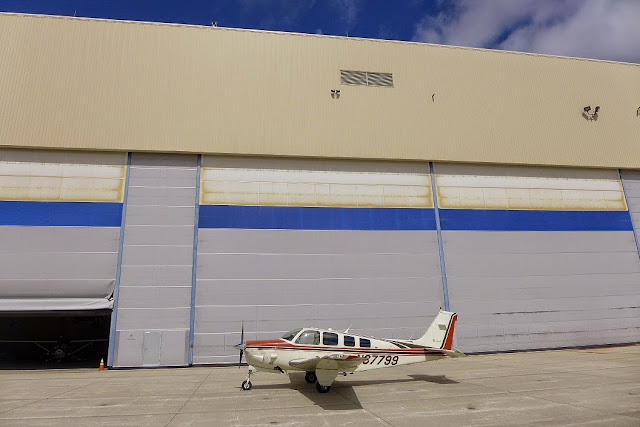 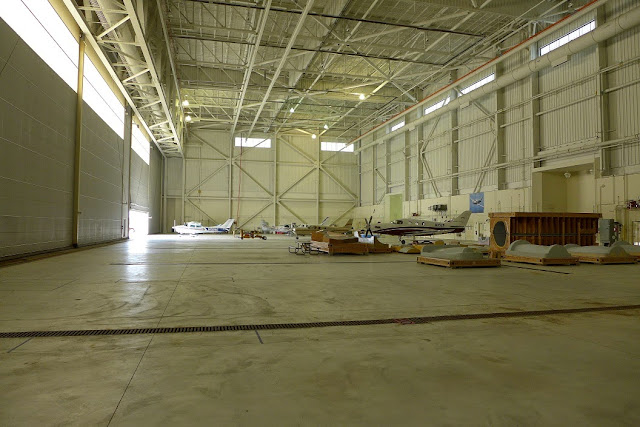 The cavernous space never ceases to amaze me.  When it was an active Naval Air Station, they used to park P-3 Orion sub chasers in there. 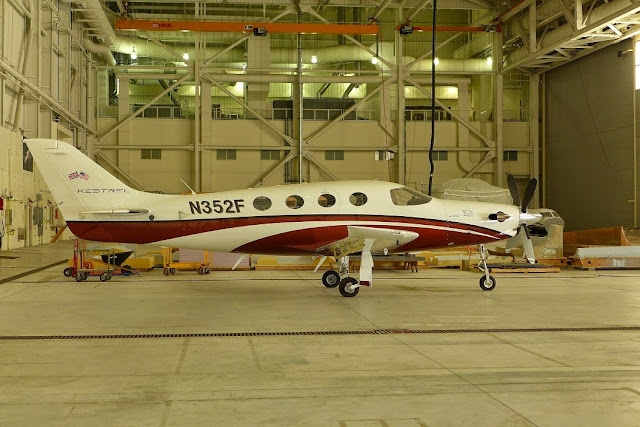 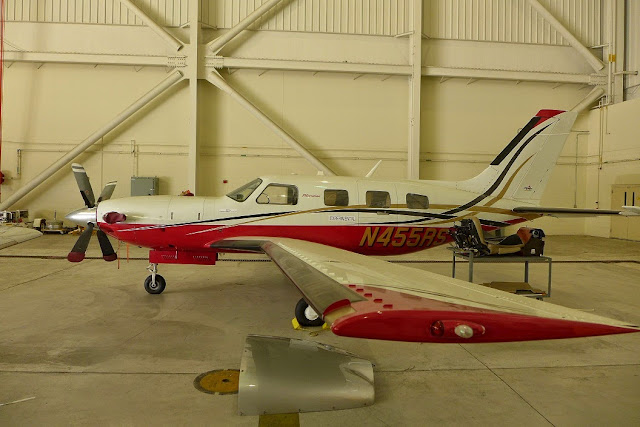 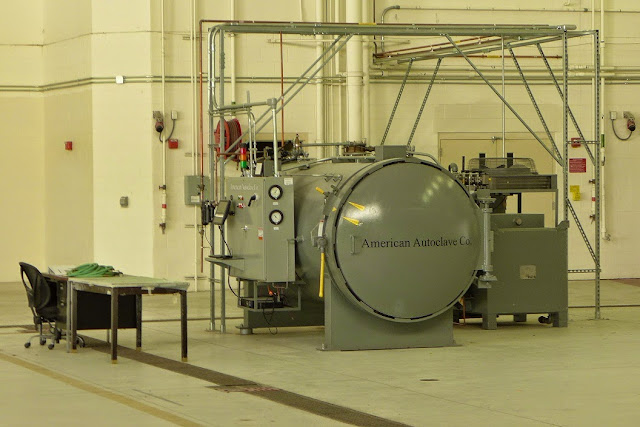 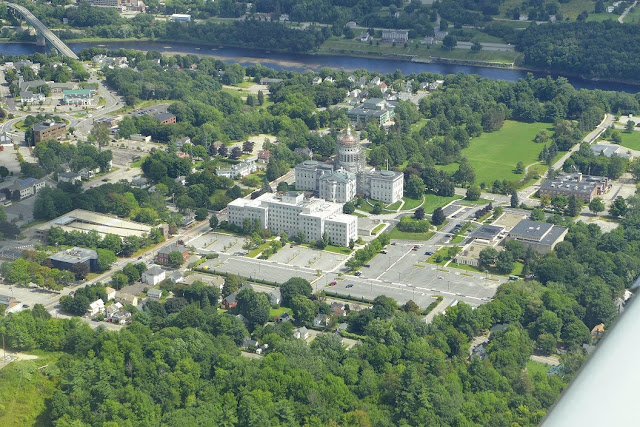 Then a quick ride up to Augusta for some lunch at the airport takes us past the State Capitol building undergoing some renovation to the dome.
At Augusta we land up-hill on runway 17 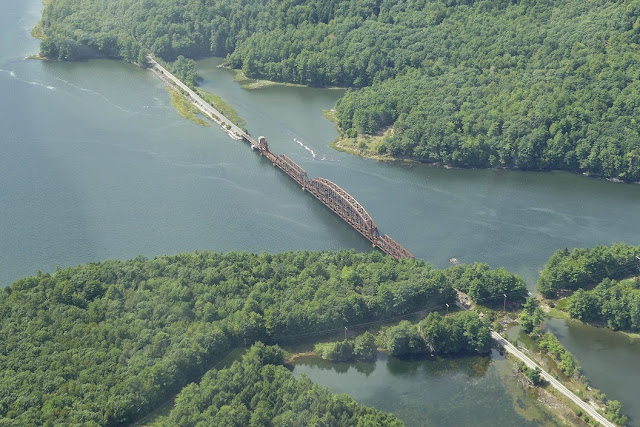 After lunch we make our way over the railroad trestle to Wisscassett.
Where make a stop and we take on 85 gallons of 100LL 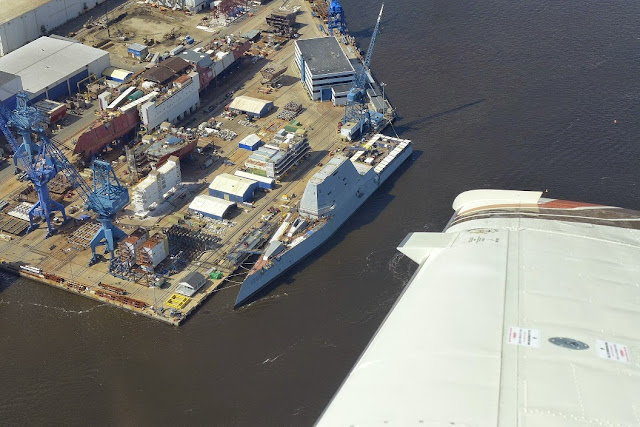 Then we fly down past Bath Iron Works where we can see two new Zumwalt class destroyers under construction and being made ready to deliver a case of whoop-ass to the despots of the world should we actually one day again have a president with the testicles to do something about it. 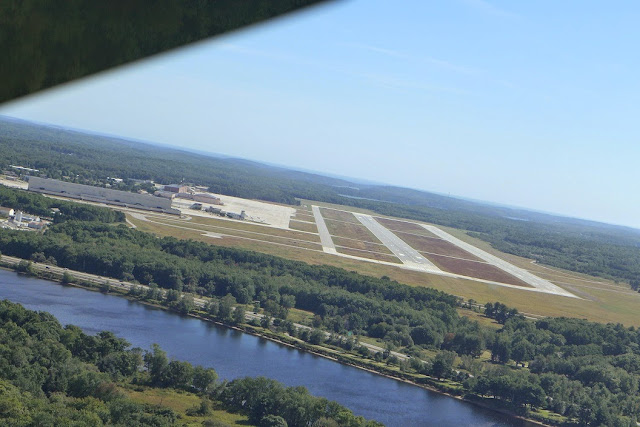 And back down to Brunswick 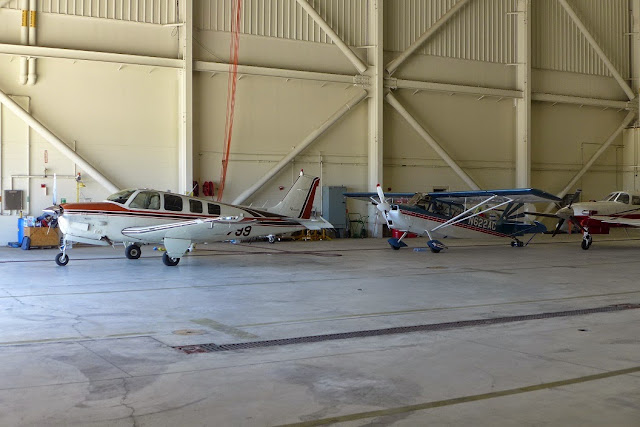 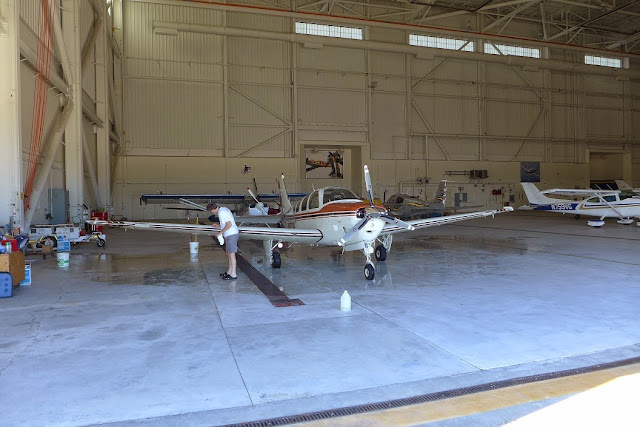 And wash the Bonanza with the special P-3 Orion washing hose. 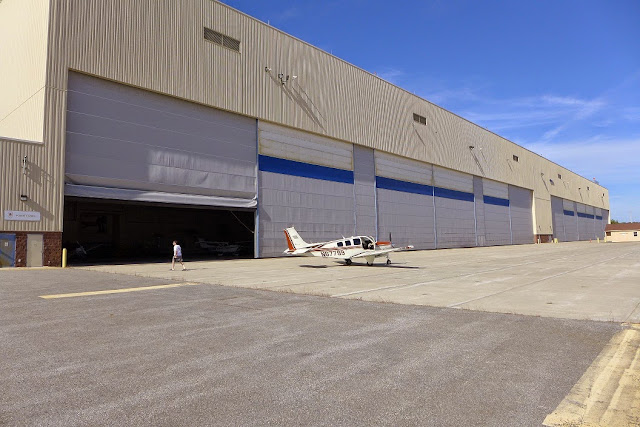 The scale of the place is overwhelming, and all we see inside is half the space as beyond the divider is an equally cavernous second half. 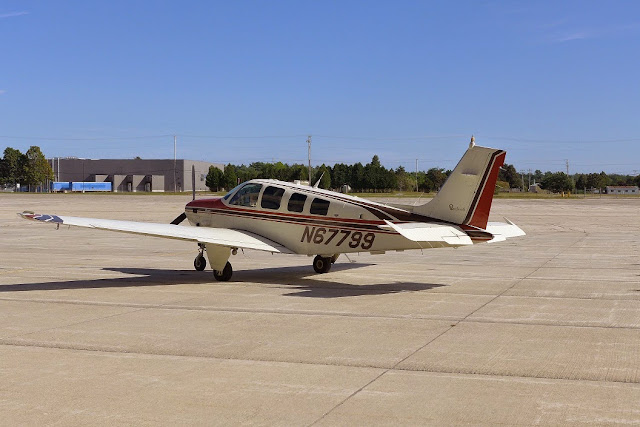 Clean and sparkly in the sunshine 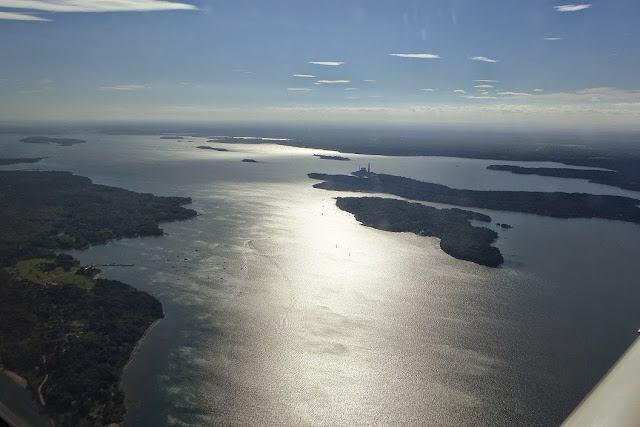 We head back down to Portland and get a view of the Cousins Island power plant. 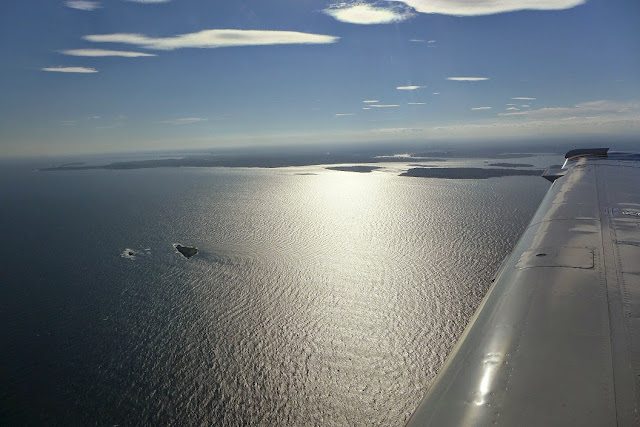 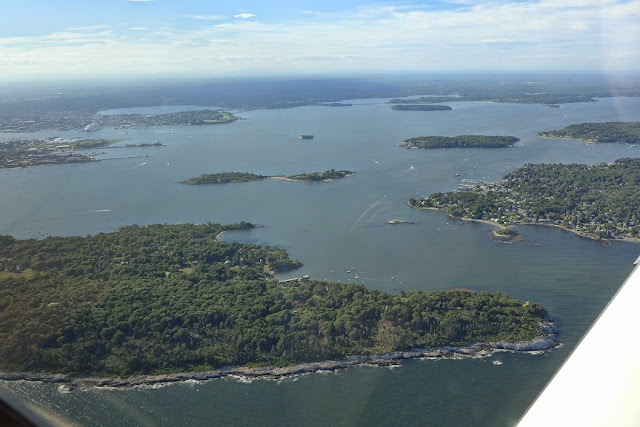 We fly past Peaks Island and the Casco Bay islands 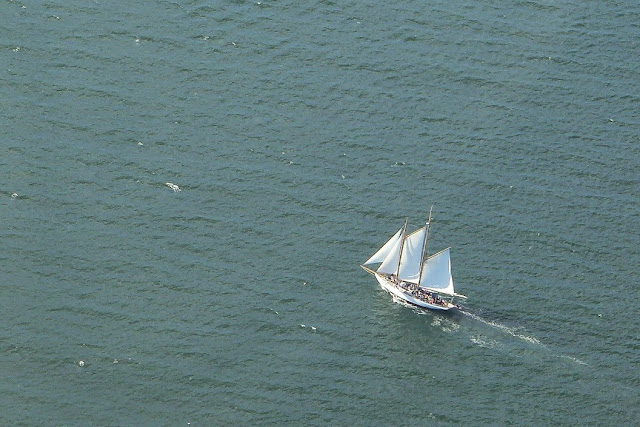 Over one of the sailing party boats 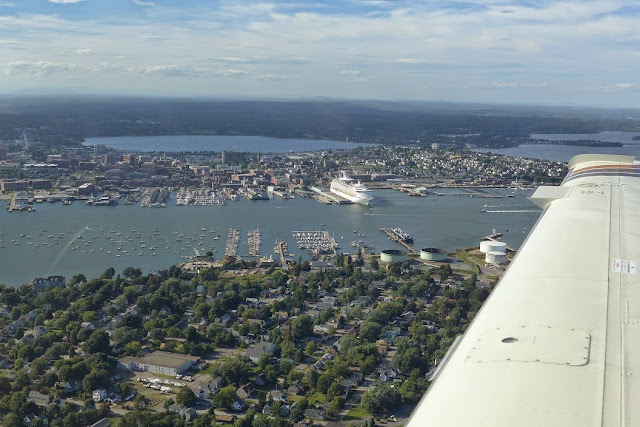 Over South Portland looking at the Portland waterfront with the gynormous 3000 passenger cruise ship at the dock.

The view of the waterfront as we fly by 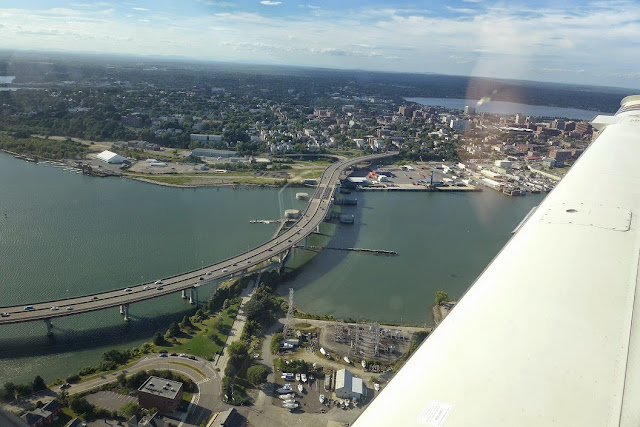 Over the bridge on final
Just over the Casco Bay Bridge 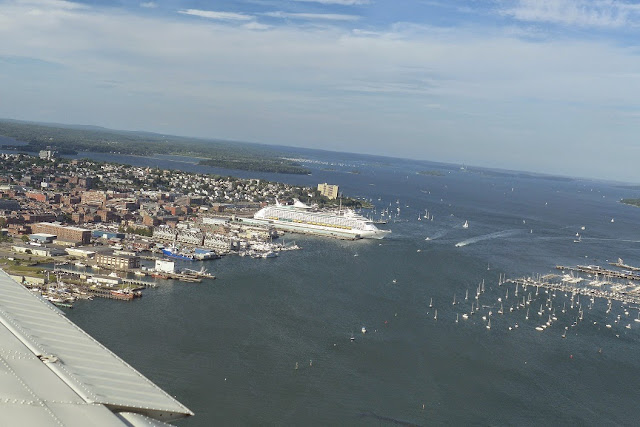 Over the harbor looking back over my right shoulder give us a sense of scale of the cruise ship against the Portland East End Skyline. 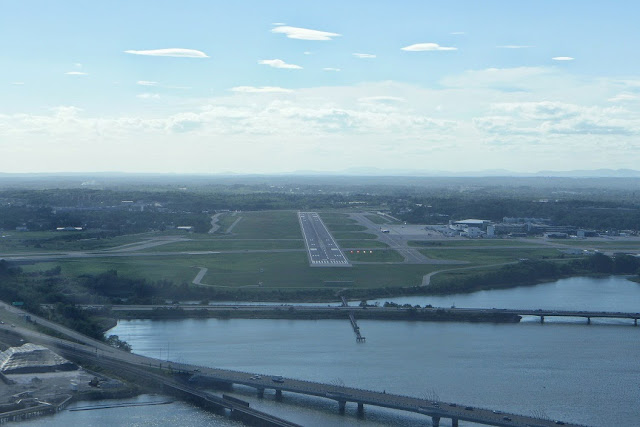 Short final on a practice ILS approach to 29 we reach minimums and do the missed approach to do a second one. 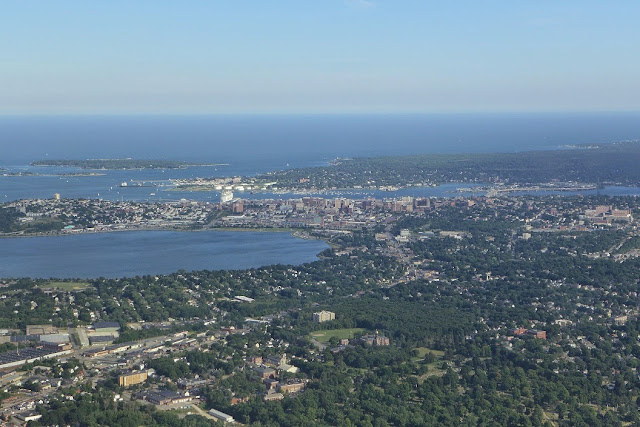 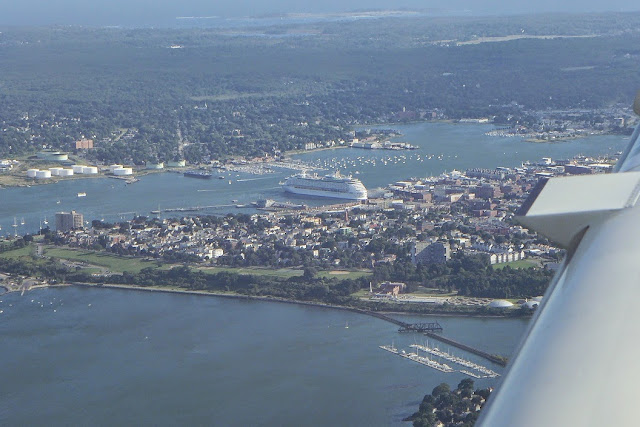 And back around for another go at the approach we get the East End view with the cruise ship.
Final approach and touch down