Honest, I was just going to clean the shower

But then I took a closer look at the wall paper above the shower and figured it was getting  a bit nasty. 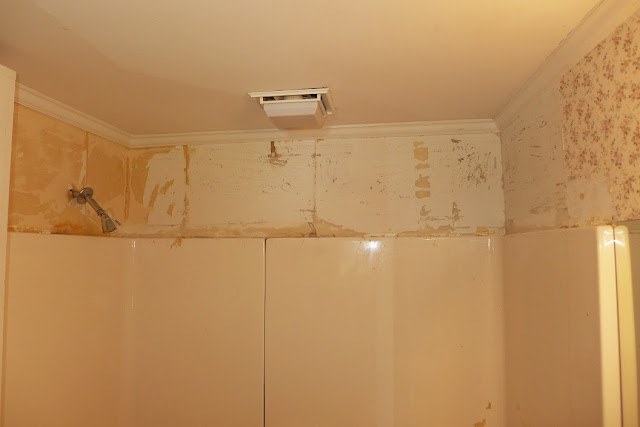 So I started to tear it off, and wouldn't you know it, I made a whole lot of work for my self. 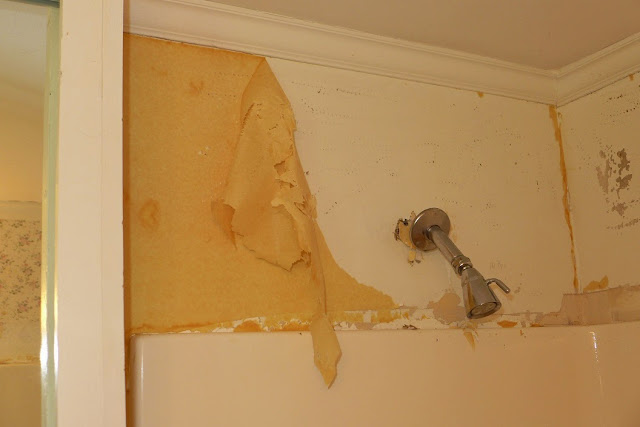 The easiest was to pull the vinyl facing off leaving the paper backer. Then hit the paper backer with wall paper remover, wait 10 minutes and scrape it off. This is a taste of what awaits me for the rest of the house as the whole place was wallpapered before we bought it.
So I mixed up some Durabond joint compound and skimmed the disaster to make it ready for paint.
And while I had the mud out I might as well hit the other bits in the house that needed mudding. 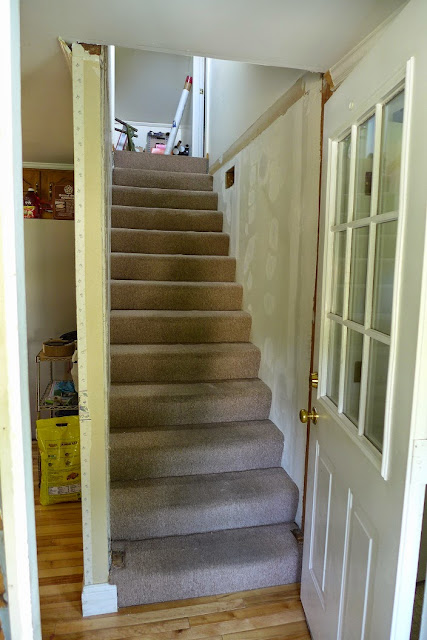 Like the stairway drywall that had never been taped and plastered. 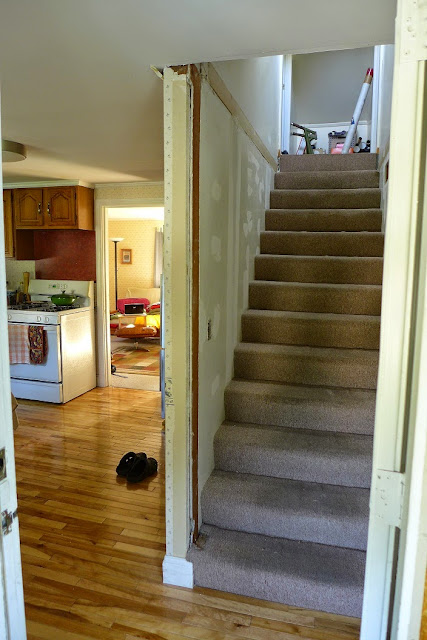 But then there was a whole lot of trim that looked like it had been milled with a chainsaw, complete with gaps you could throw a cat through that was in the way, and I thought I might as well tear it out and plaster all the drywall joints that junk was hiding. 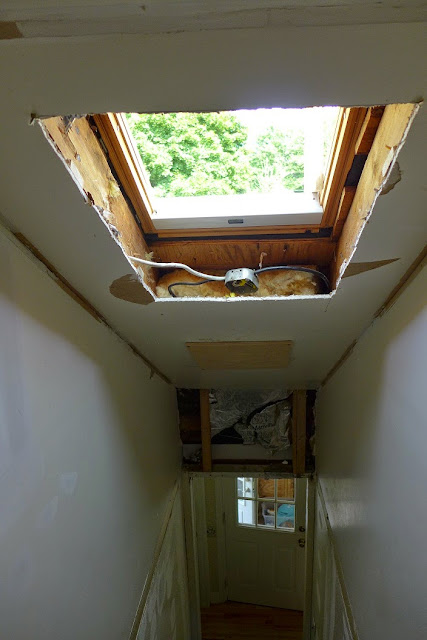 And then I thought while I was making a mess in the stairwell I might as well open up the ceiling for the skylight that I had installed when I re-roofed the place, but due to the wires for the lamp in the way, I was hesitant to tackle before and just sort of forgot about. So I wound up doing some electrical work as well. 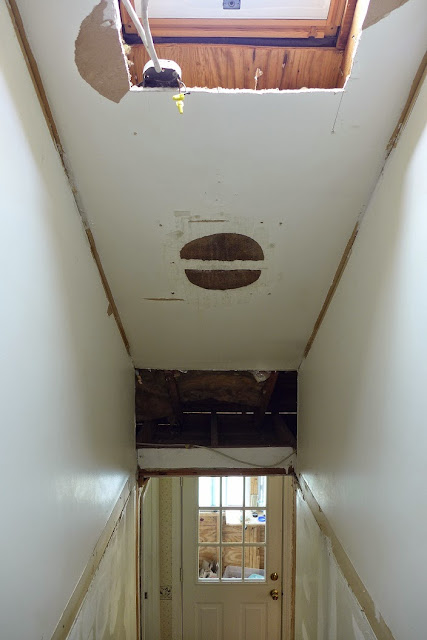 And since I will need to do some drywall repairs to the ceiling I might as well keep going and tear the rest of the junk out of the way. So now I can crawl in the eves and run a proper duct for the bathroom vent to keep the moisture and mold at bay. And add some better insulation in there as well. 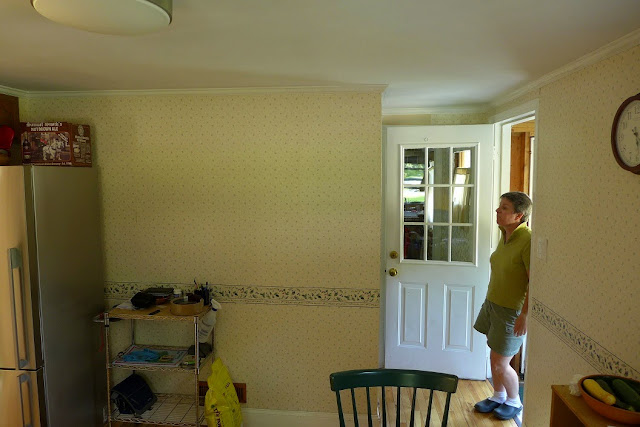 Then Annie comes home and admires my mess and how much light we have pouring down the stairs. And I figured, hmmmmmmm 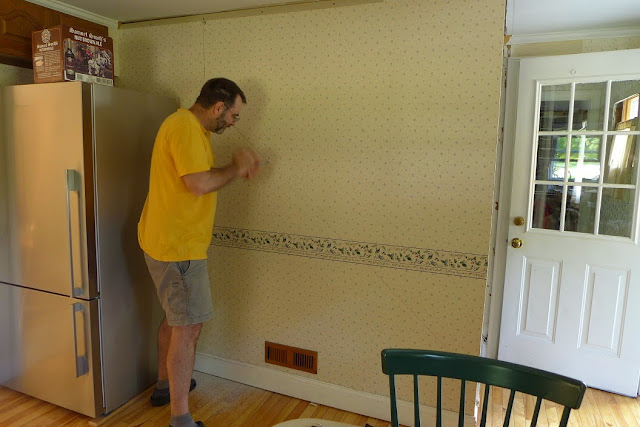 Lets see . . . . draw a nice straight line following the slope of the stairs 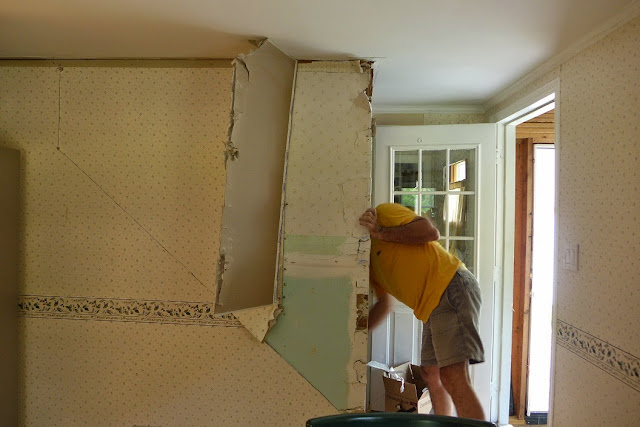 And tear out the two layers of 50 year old drywall. 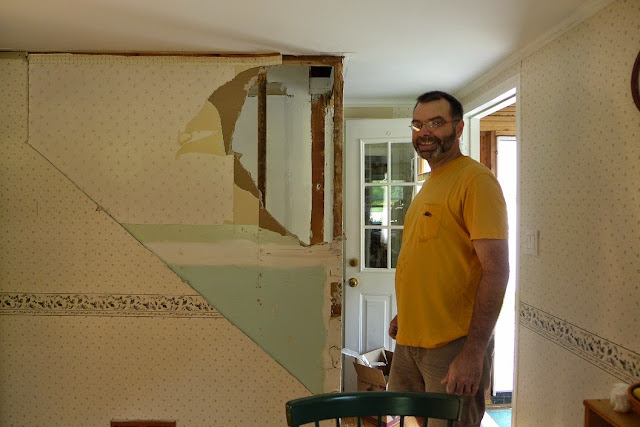 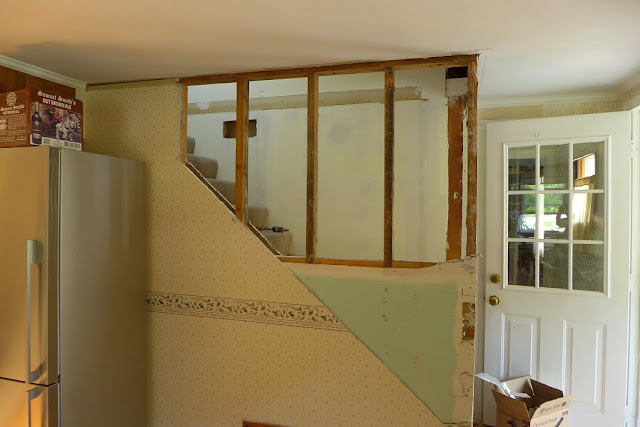 And now we have a hole in the kitchen wall 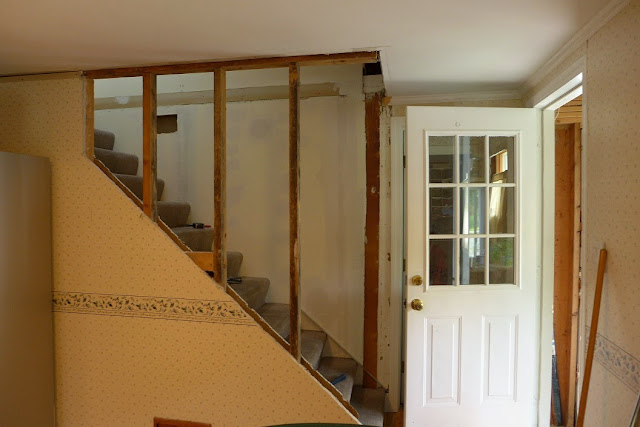 Is it any surprise they only used 2x3s instead of 2x4s? not a single nail matches the previous one I pulled. If there was a way to monkey-rig things in this place the previous owners had found a way. 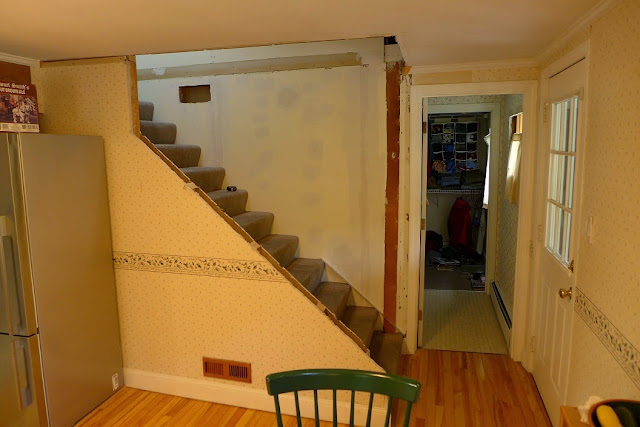 Now that is much better, and it opens up the entry so you are not staring at the edge of a wall when we walk in the house. 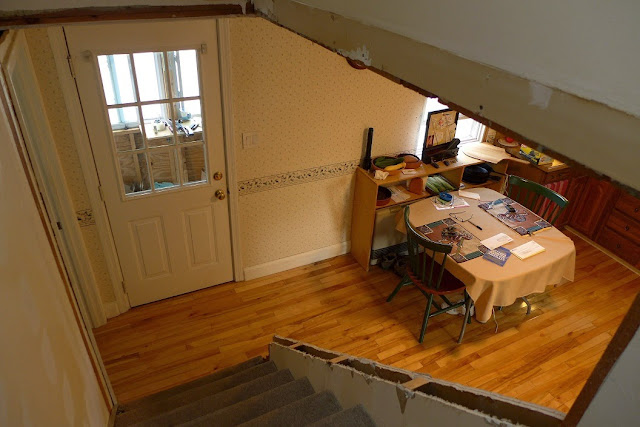 Makes for a bigger kitchen as well 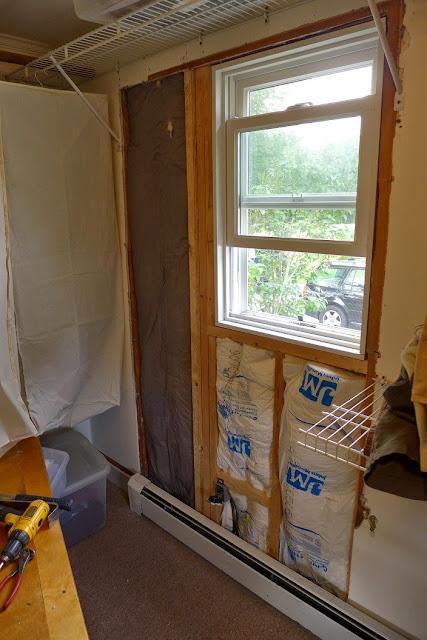 And since I just got some sheet-rock I might as well tear out the old stuff in the back room that was damaged when I replaced the windows. 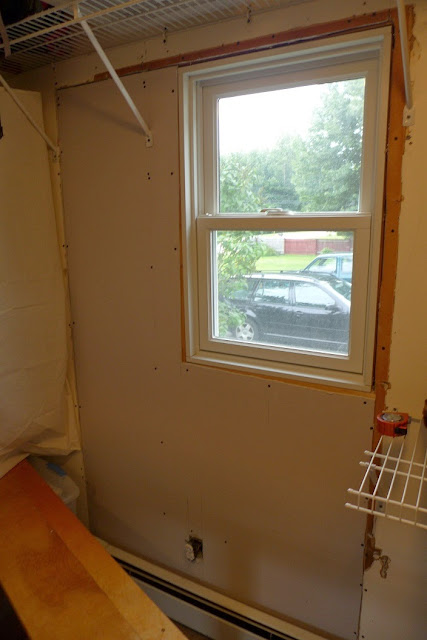 And replace it with new drywall to make the joint taping simpler. I even got the electrical box in the
right place. 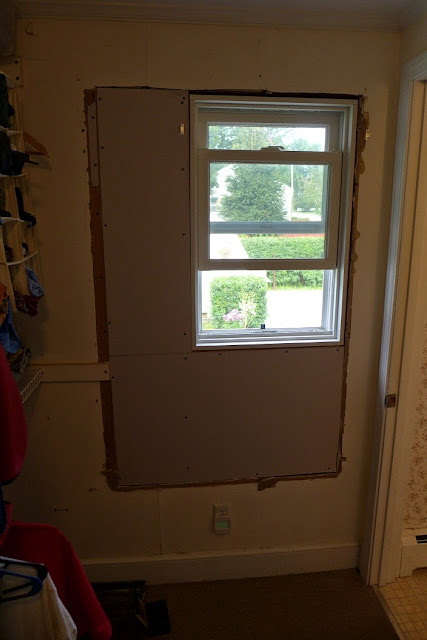 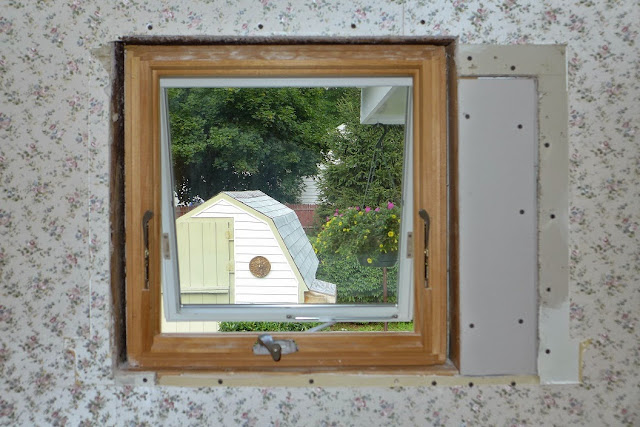 And patch the bit in the bathroom that has been hidden by the curtain since I replaced the window. 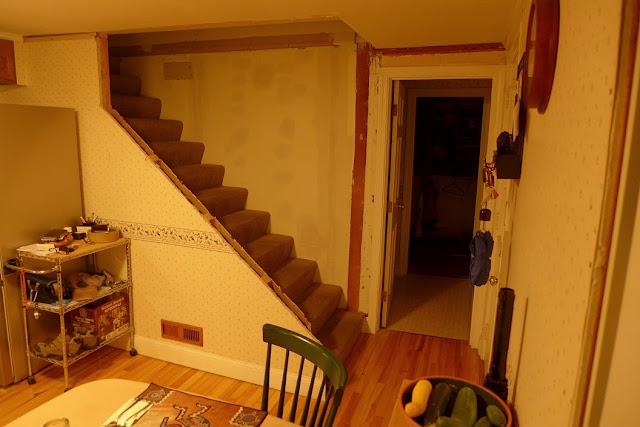 I think there will be a bit more tearing out and a whole lot of wall paper to remove now. But for now I am pleased with where we are going with this.