Did I mention I hate heights?

Five years ago when I did the major exterior work on the house I got stopped by winter, so I left the gable ends of the house in clapboards as they were. They did not look so nice but would have to do. Well you know how it goes. We moved onto other projects and they spent the next five years as I left them. So I finally got motivated to do something about the one on the driveway side. 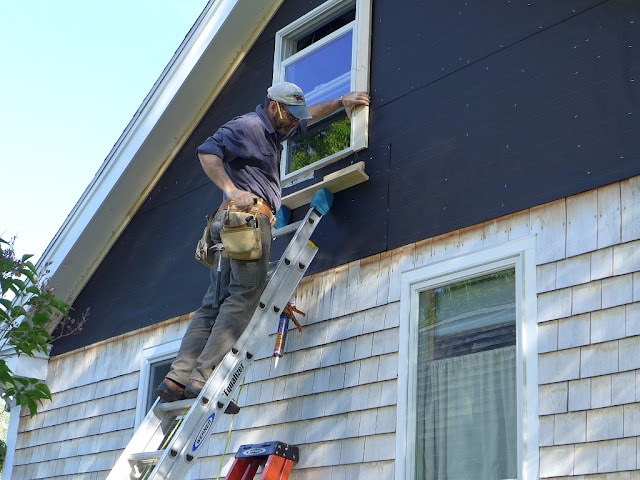 So after striping the old clapboards off, I re-nailed thee old sheathing back on to the studs replaced the window, re trimmed it, tarpapered it, and trimmed it out. 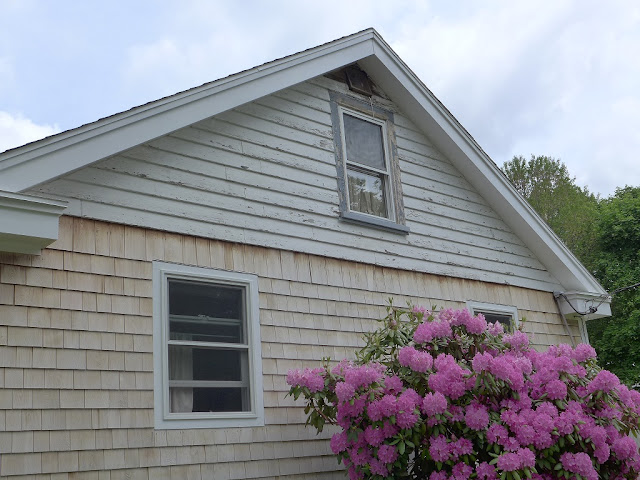 This is the other end of the house but it looked just the same when I started. 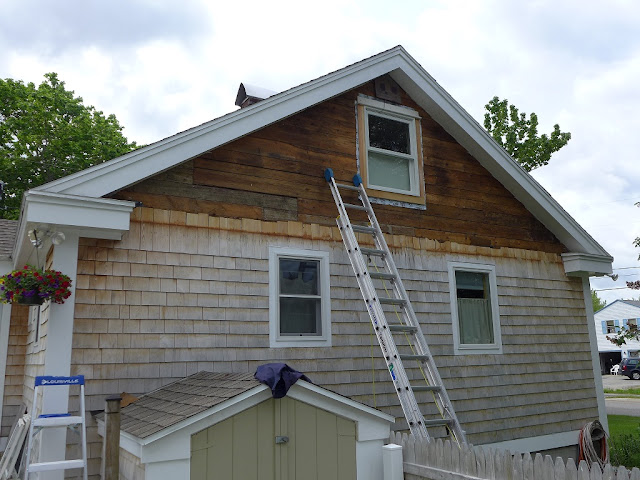 Re-nailing the sheathing back on to the studs before the tar paper went on. 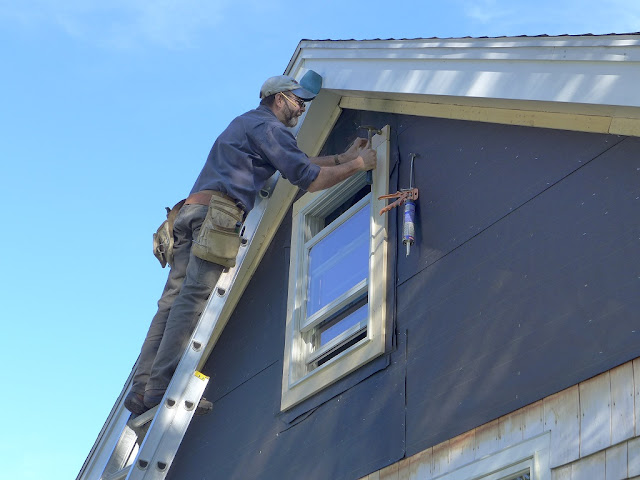 Trimming out the window 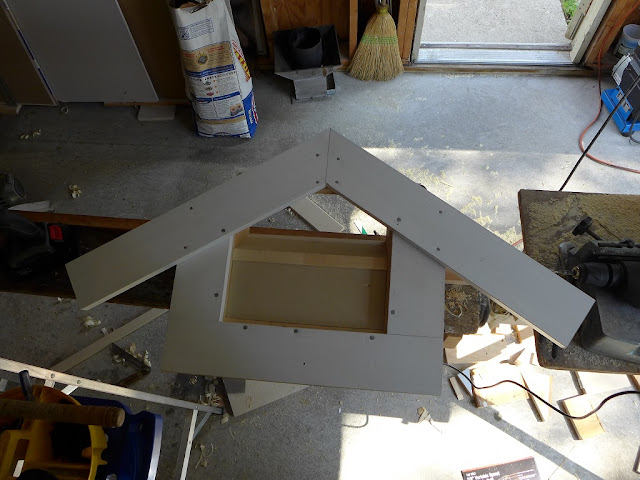 Made a new gable vent 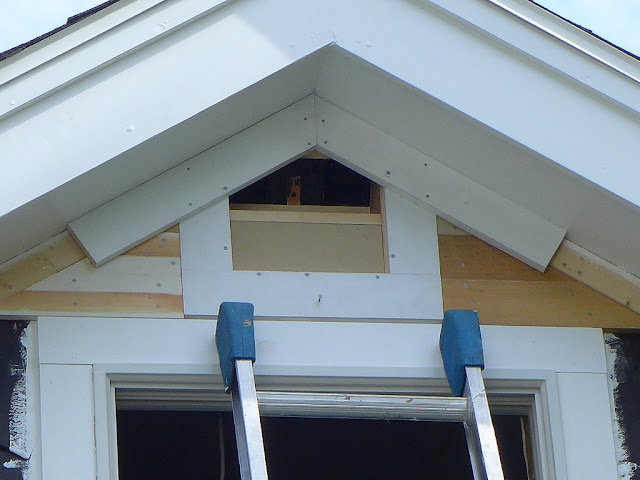 tested it for fit 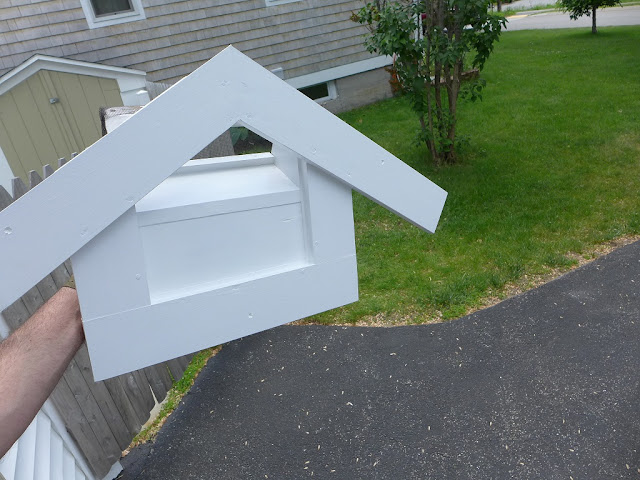 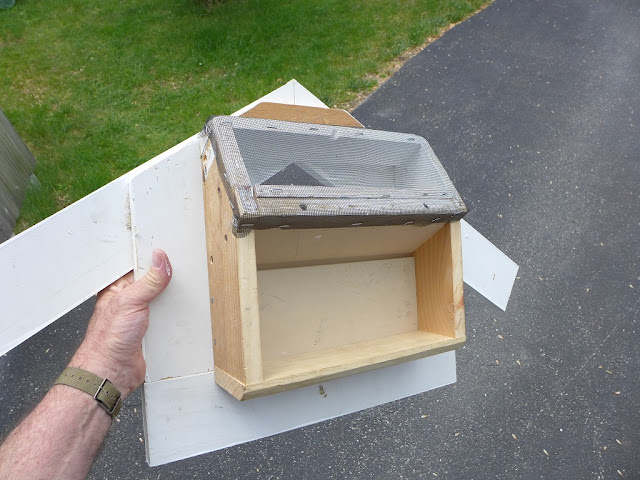 Here is the back side 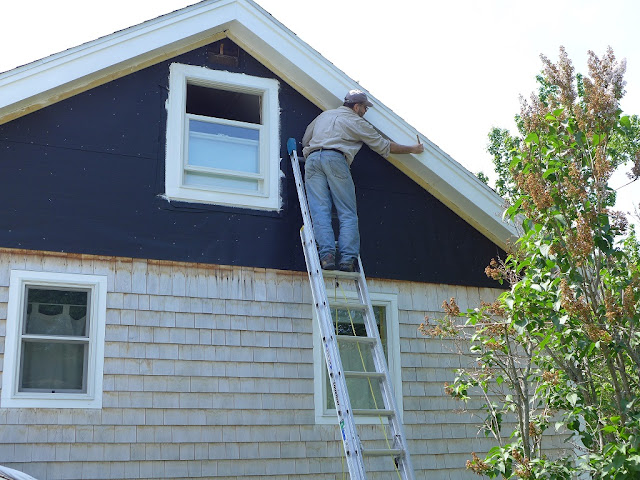 Might as well clean the mildew off the rakes and give them another coat of paint. 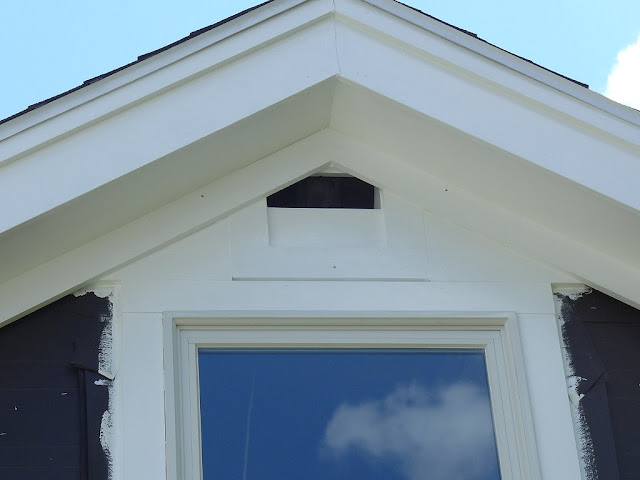 Fitted the gable vent with a fan rescued from an old kitchen extractor behind it to suck the summer heat out of the roof structure and added the freeze-boards on the rake. 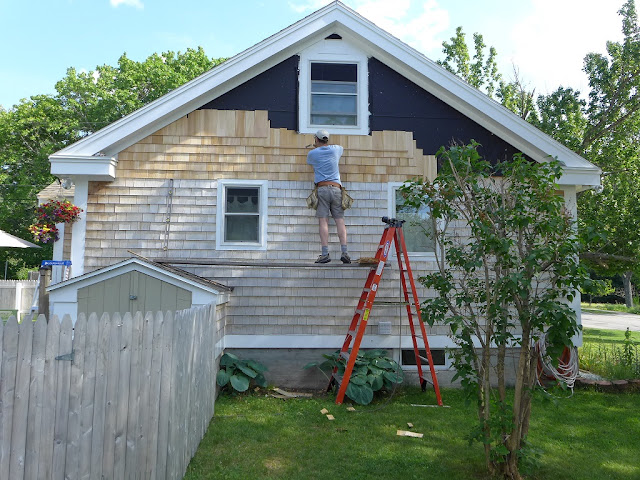 Saturday I started the shingling 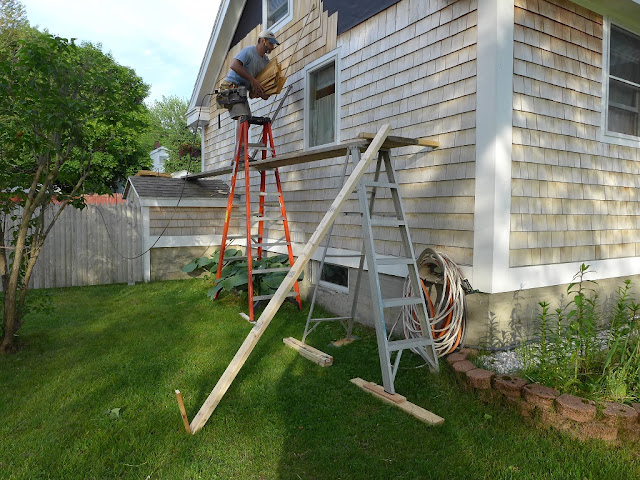 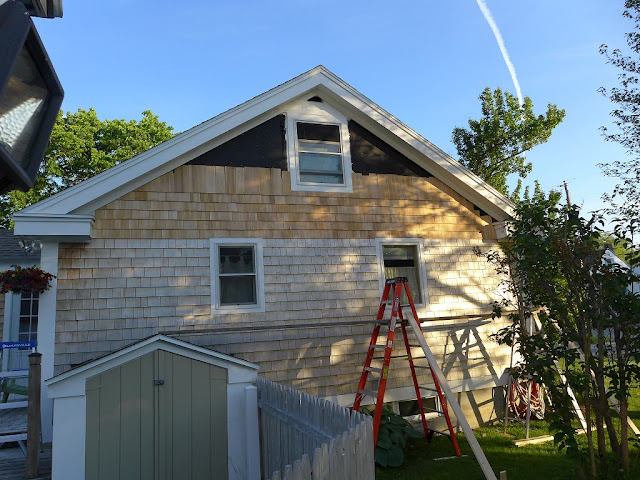 By Saturday evening I got this far 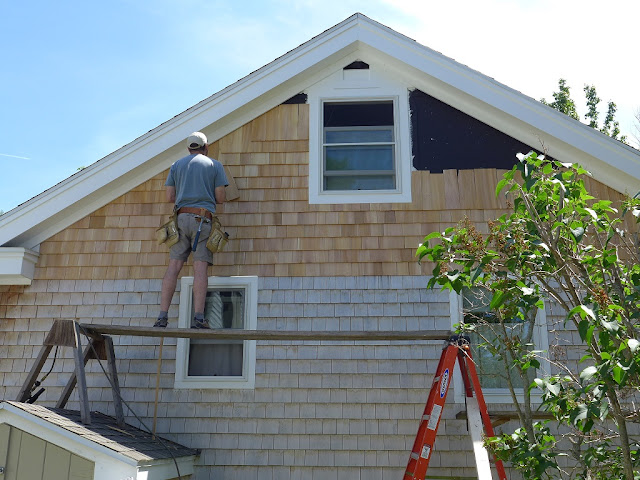 Sunday I got a late start and was working a the top of my comfort zone, lots of fiddly angle cutting. 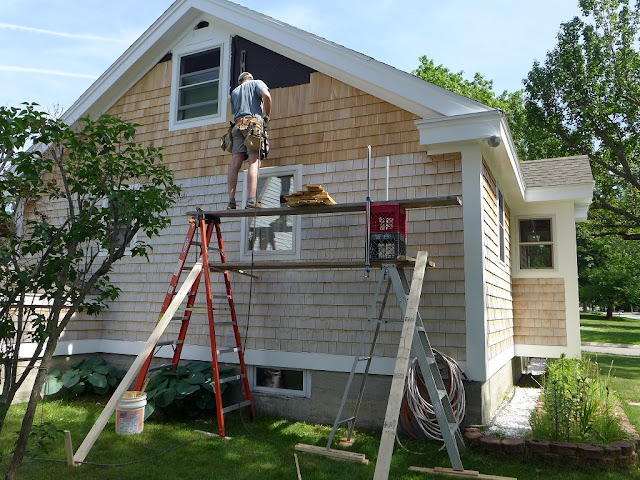 Then I had no choice but to do the double stack thing . . .  everything was screwed and clamped together so there was no flexing of my staging at all, I still did not care for it. 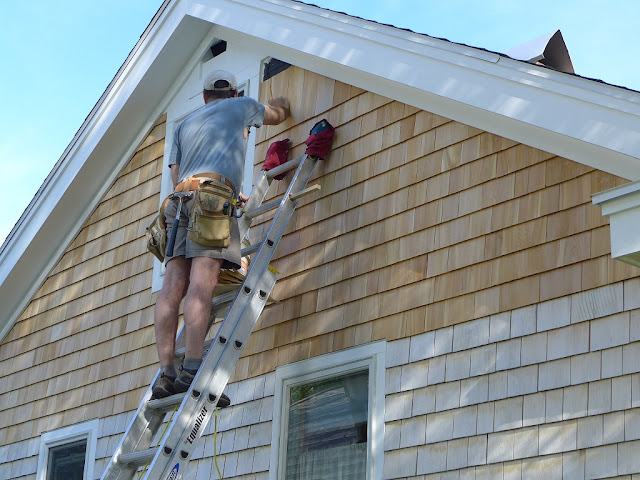 Had to finish the peak off the ladder 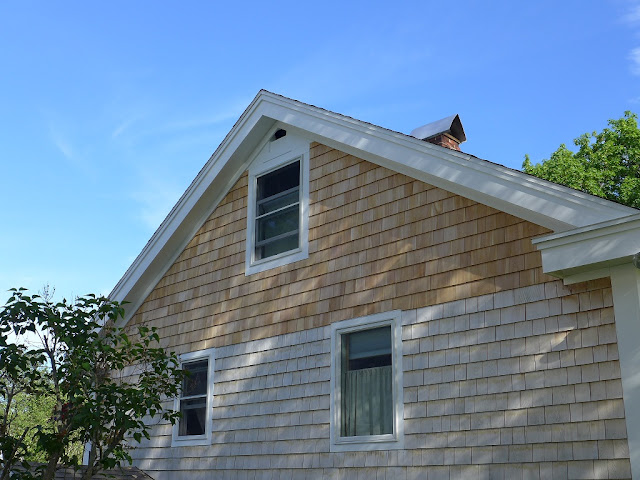 Sunday 6pm got it all done and cleaned up.