The cedar clapboards on the south side of mom and dad's house were getting a bit long in the tooth after thirty five years of cycling in the weather. Especially at the bottom where water splashes back on them from the ground. The clapboards were weathered cracked and very brittle. So it was time for replacement before water got in to the framing and became a structural issue. 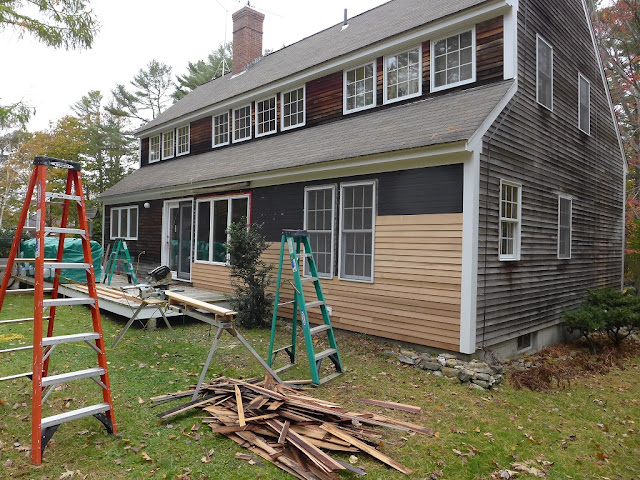 At first I thought I'd try only replacing the lower half but I was unable to get to a good stopping point without splitting the next row up while pulling the nails out of the brittle clapboards. 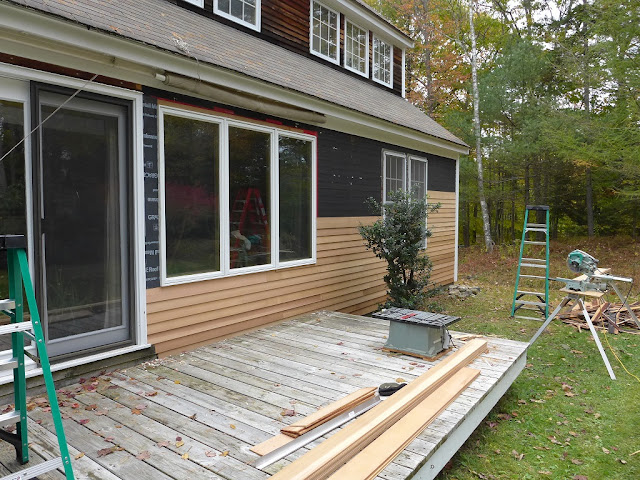 So I stripped the whole wall and started over. 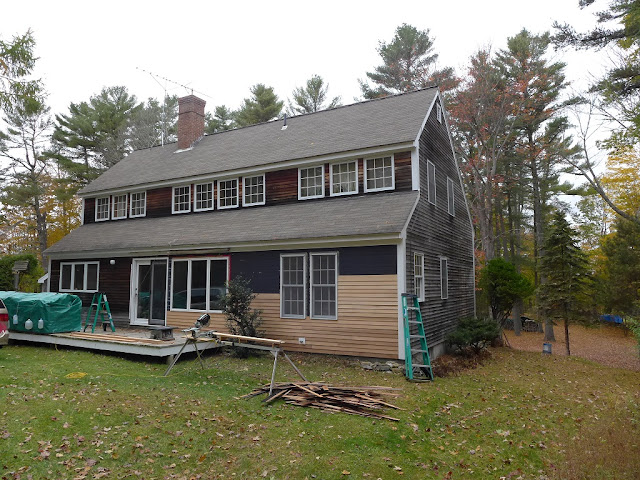 The west end of the wall also needs replacing, but It might be a bit more complicated as the deck buts against the wall a bit tighter and I might need to remove the deck boards and some framing to get to the bottom three rows of clapboards. Fortunately on the part I did I had enough of a gap to work. 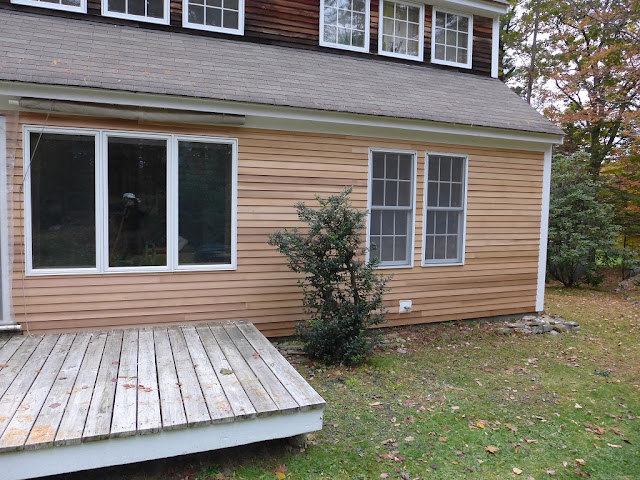