It has been four years since we had to put our last cat down and we have been thinking about another pet. So we went to the Kennebunk animal shelter yesterday to see what they had for dogs, and as usual the great majority were Pit-bull mixes. Though some Pit-bulls are OK if you get them young and train them right, so many at the shelter have behavior and personality traits that we are just not willing to cope with. So we looked at cats instead and found an eleven year old female with a very friendly disposition. 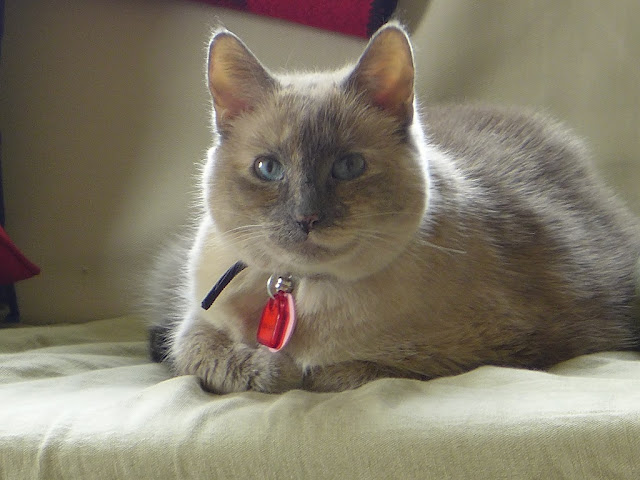 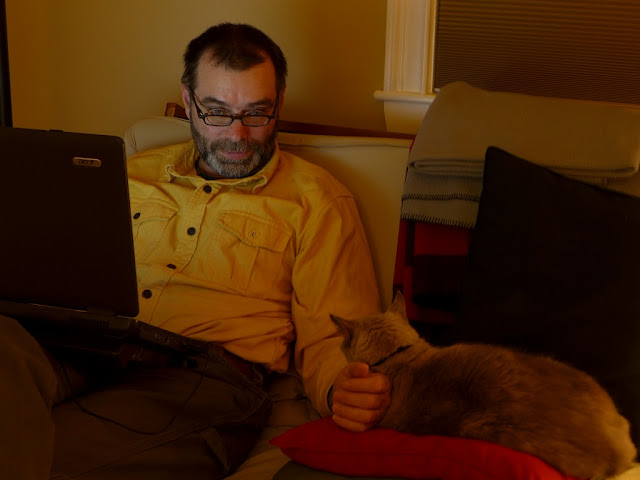 She is really very much a people cat. Last night she came up on the couch and laid on my hand on her own. 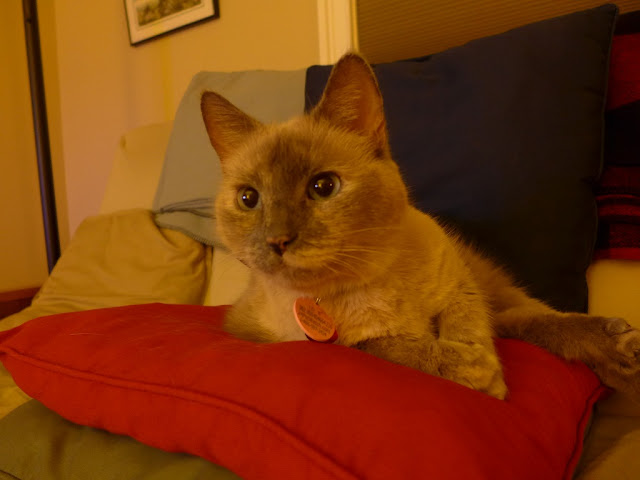 Made herself comfortable in no time flat. 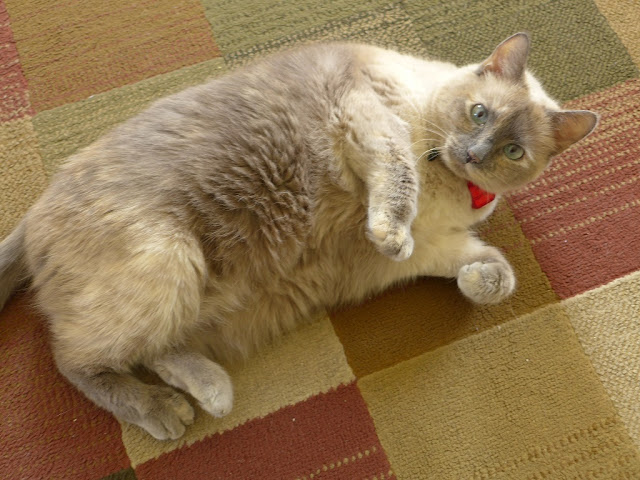 Due to her advanced age she had been passed up for younger cats, and after spending a couple weeks at the shelter they were eager to get her placed. So for the measly sum of ten dollars she was ours. 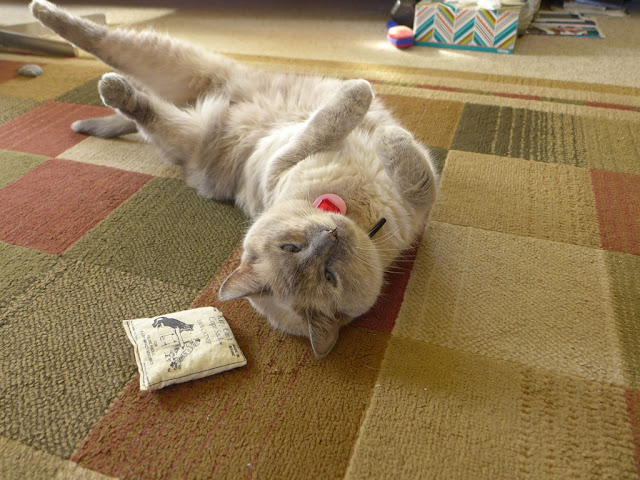 She is very gentle and loves to be around people. Last night she even slept on the pillow with me.
Posted by Mike Silvius at Sunday, November 15, 2015