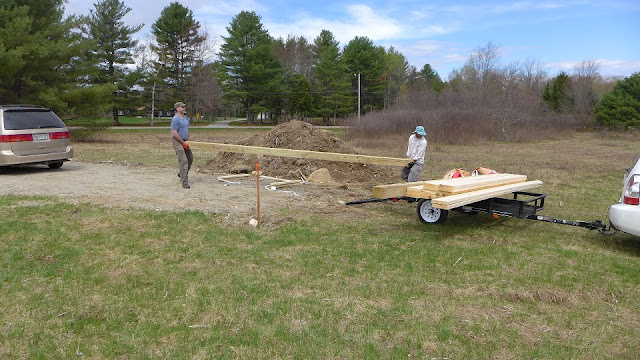 First task of the day was to shift the load of lumber that had been dumped at the end of the driveway . Ben's little trailer came in handy . 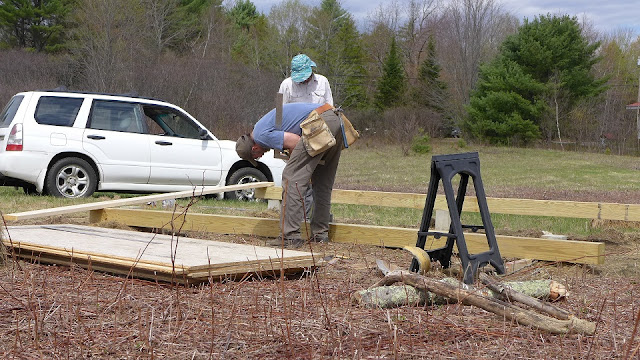 OK we have a problem here , seems that middle post on the near side , the one we had to pour ourselves wound up too high . Can't quite figure out how I messed that one up . Only explanation is that when I marked and cut the Sonotube to the tight string between the two end posts I used the remnant of the tube instead of the one I measured . 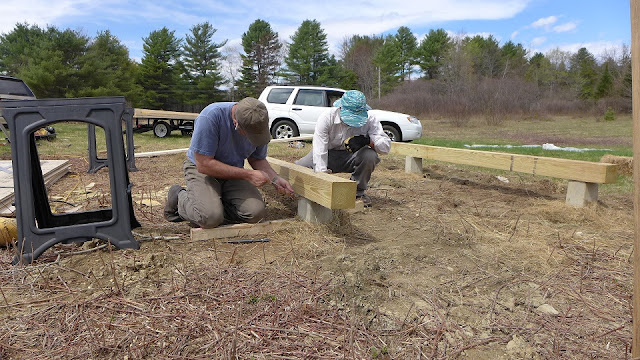 So a bit of fussing was needed to make it all work , getting the bolt holes in the timber all in the right place also took a bit of fiddly work . 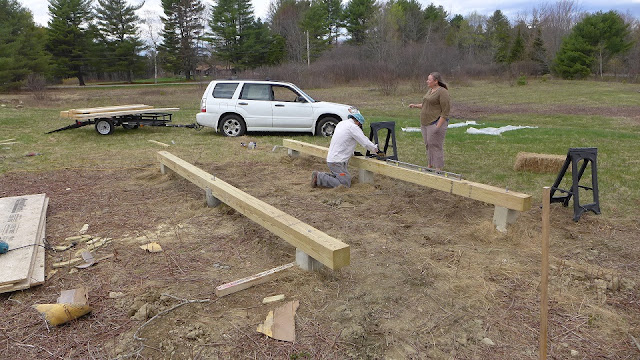 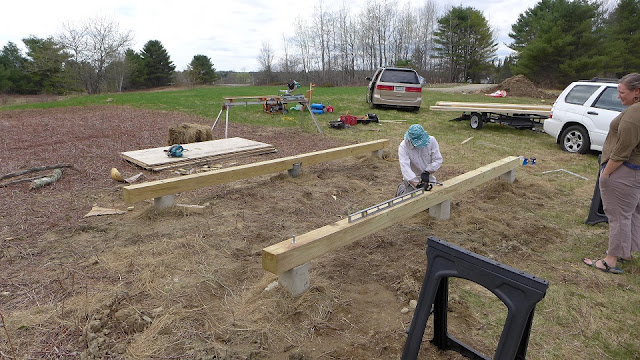 It's OK , it all worked out fine in the end and our carrying timbers are all level and even . 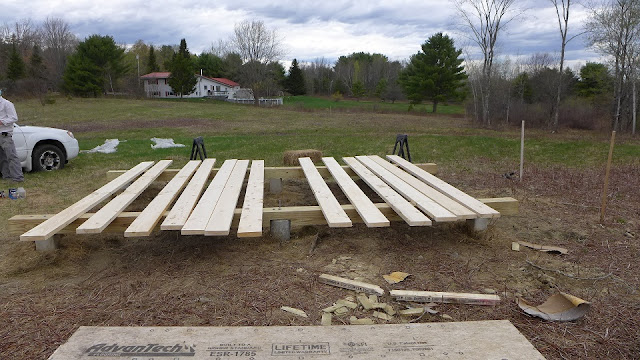 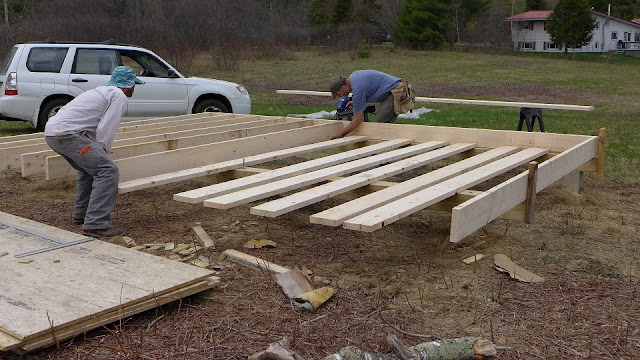 And started nailing them onto the rim joist . 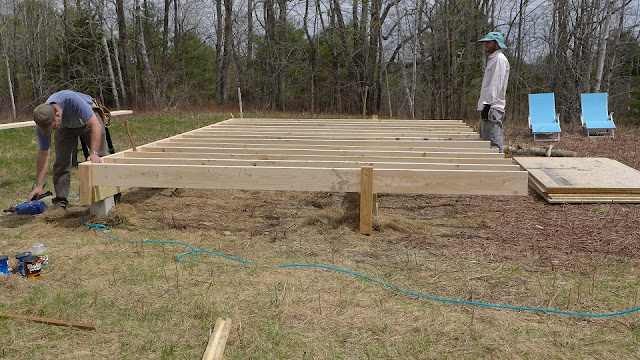 Far side is done . 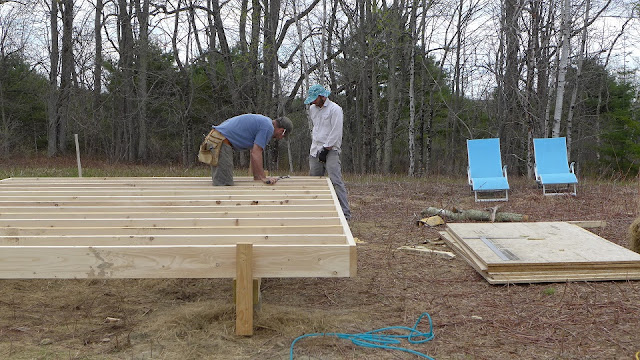 Slid the whole mess over to center it on our carrying timbers , and attached the other rim joist . 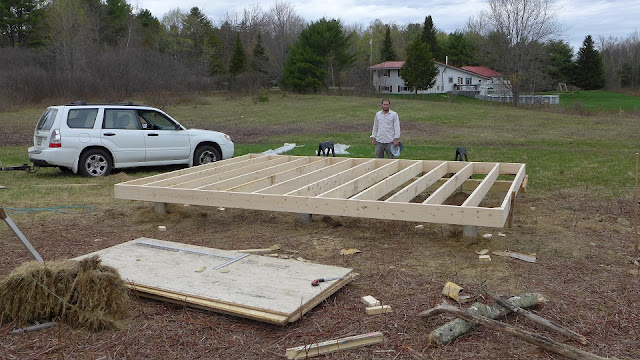 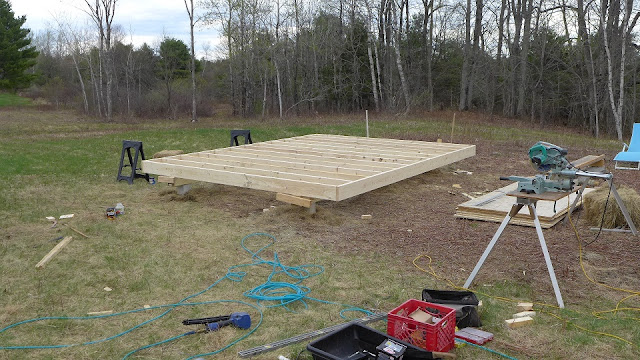 A bit of jiggling and a couple thumps with the blunt end of the axe gets us an even twenty feet when measured corner to corner both ways , so we have a square deck . 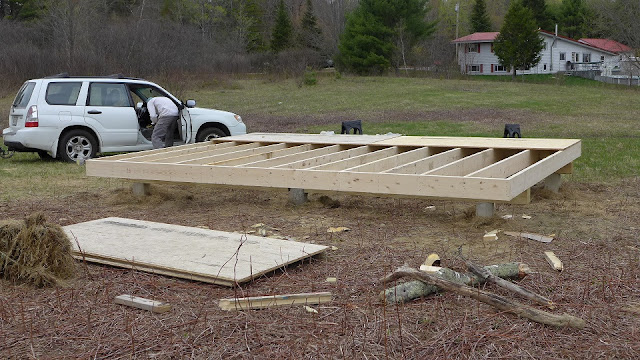 After toe-nailing the joists to the carrying timbers , we start laying out the OSB decking . 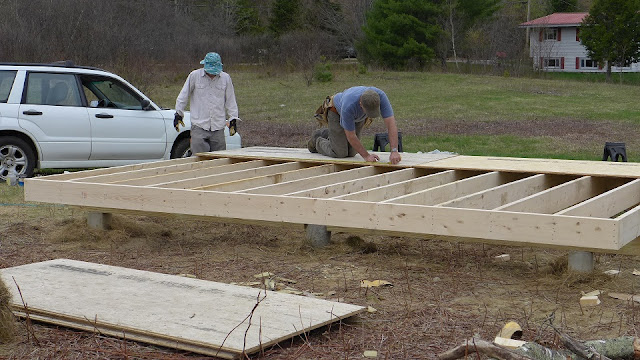 Mark the boards sixteen inches on center and start to nail the deck sheathing down . 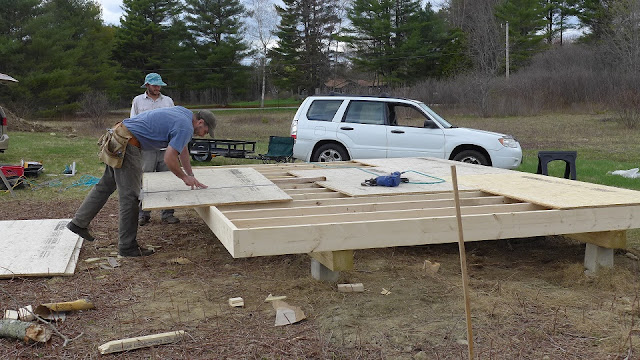 After a late lunch brought to us by Ben's wife Jodie , we carry on with the decking . 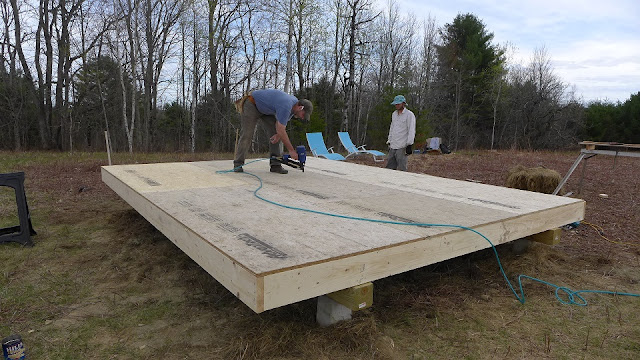 Nail gun does a quick job of buttoning it all down . 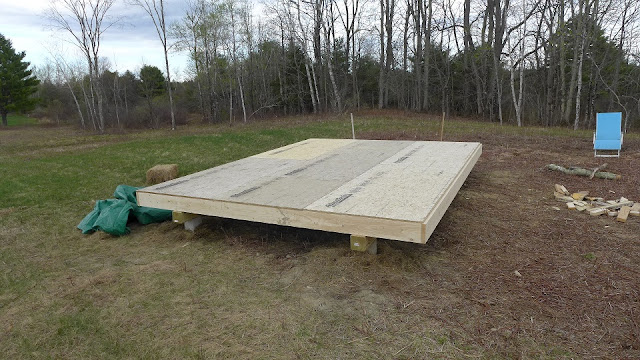 Job done for the day . In next week's episode we build the walls . 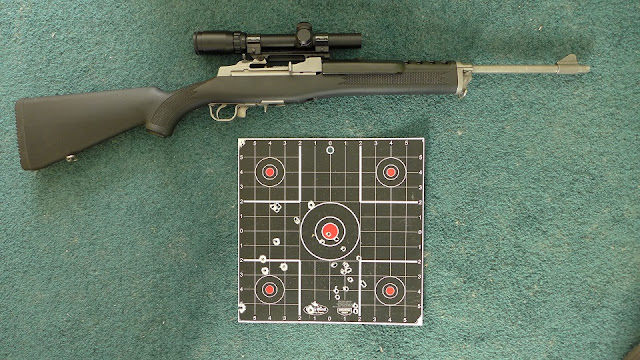 Finished up the day making some noise .