Lessons in versatility for Mr Filthiecus

O'l Filthiecus is all proud of his Fartboil Bunsen Burner and he never fails to remind us of it .

See he's a confounded Canukiestanian and he's more messed up than most but its not really his fault . He's surrounded by Lib-Tards and it seems they have done a job on him . Right now he is more messed up than that sketchy giffy cat that's has been making the rounds on the interwebs for a while .

Yes,  we love him just the same . Unfortunately in his evident distress he has fallen for the Gear-Queer marketing scheme aimed at the pajama-soy-boy man-bun crowd . Its OK , we forgive him . But friends don't let friends run astray , so it falls to us to correct the failures in his ways . 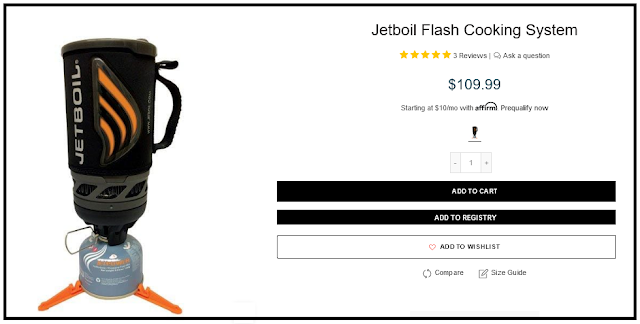 Just look at the steep price for that heap , and he has to use their proprietary cup to make his Chai Tea too . Plus those three and a half ounce Lindal valve butane canisters must be about ten dollars Canukiestanian at Canadian tire . God only know how much more they gouge him at the Late-Soy-Boy Emporium he bought the glorified Bunsen Burner at .

I don't know . . . is a man bun required attire to enter one of those establishments ?

Jeezum . . . Banish the thought and pray old Glen hasn't strayed that far on us .

For true versatility you really can't beat liquid fuel and those stoves are still lower priced than that Fartboil thing . But for the sake of argument I will stick to the butane / propane mix stoves . 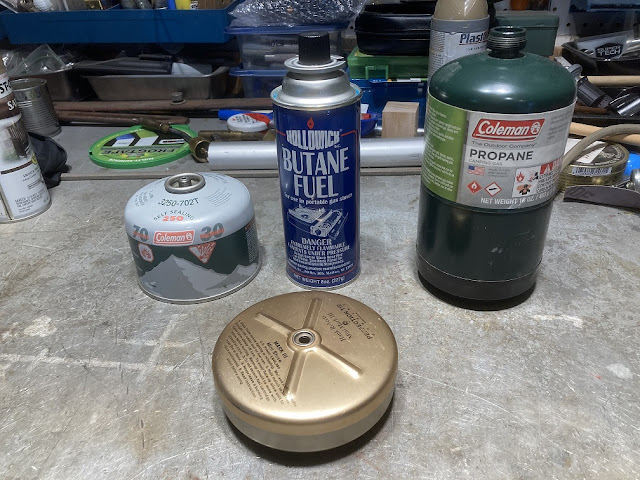 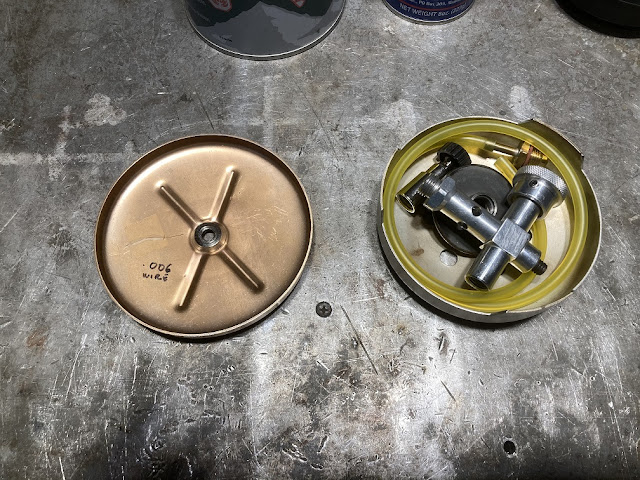 About four and a half inches across , fits in your back pocket and all the components are stored inside the two halves . 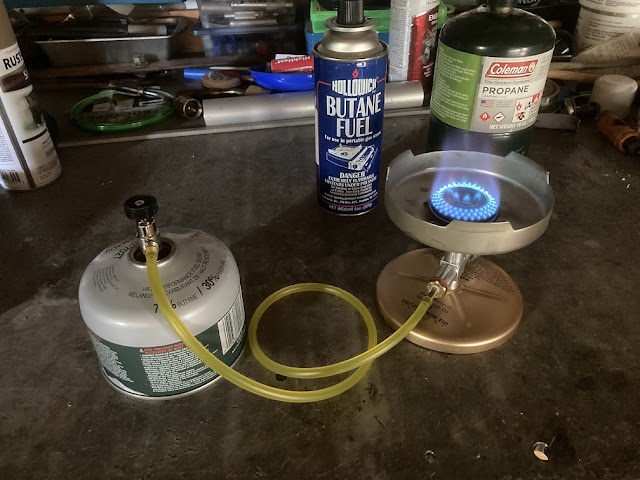 See Glen , here it is running on one of the Lindal valve butane / propane mix cans and I can put a real skillet on that rig so I can cook bacon and eggs instead of just boil Chai Tea . 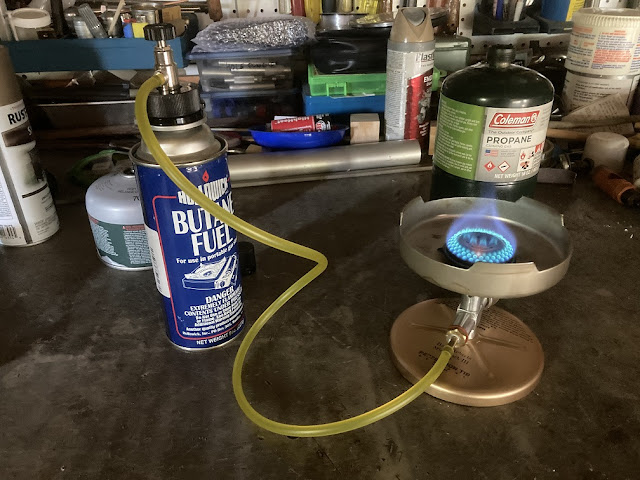 And here I have it running on one of those tall eight OZ butane canisters that cost me a $1.68 at the local Vietnamese grocer . That's more than twice the fuel for one fifth the price of the Lindal cans . Can you rig up that Fartboil thing on a tall skinny can like that ? 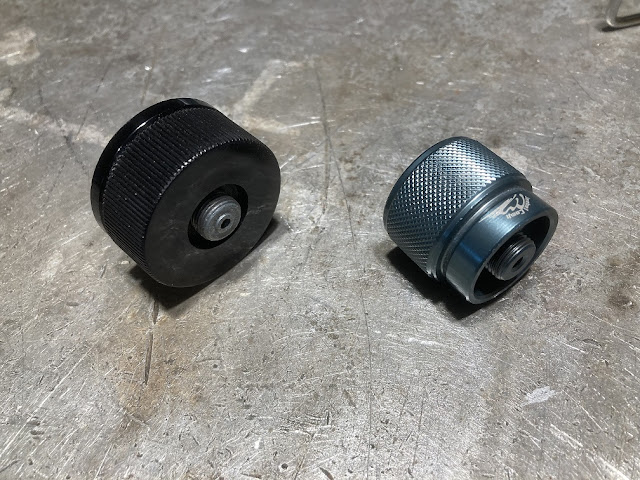 Maybe if you have one of these adapters , but you are going to have a heck of a time keeping it from tipping over . 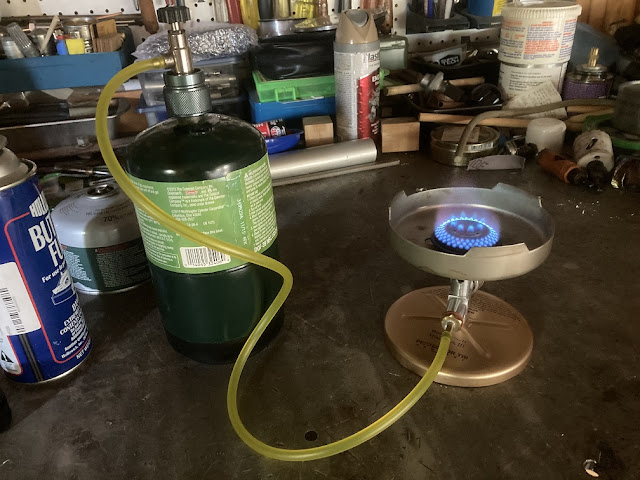 And here it is running on one of the green one pound Coleman propane cans . Those run under four dollars American around here . That's a whole lot of cooking time right there . The point being that as it is fed by a hose and does not depend on the fuel canister to provide stability , you can use multiple different sources of fuel and as you are not stuck with the proprietary cookware you can do more than just boil water with them . 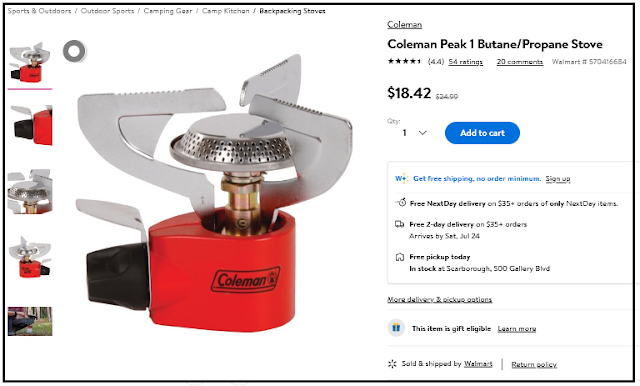 Now if you insist on the can mounted stove , Wallyworld sells a nice Coleman labeled rig for eighteen and a half dollars American , that's a whole lot less than that Fartboil thing . Just like the Mini Mark you are not stuck with their proprietary cookware and you can put a skillet on it to fry eggs and  bacon too . 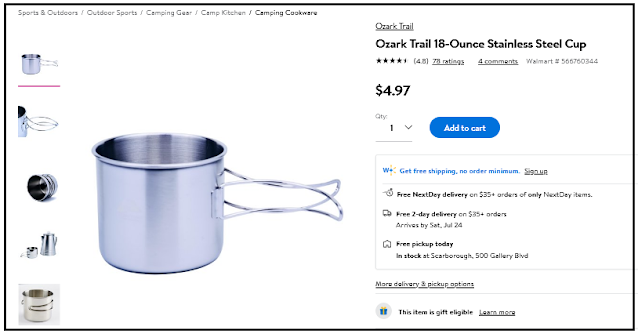 And if you really got to have that Bun-Boy Chai Tea you can add five dollars for a stainless steel cup that you can actually throw on some coals in a pinch and you are still under twenty five American dollars . 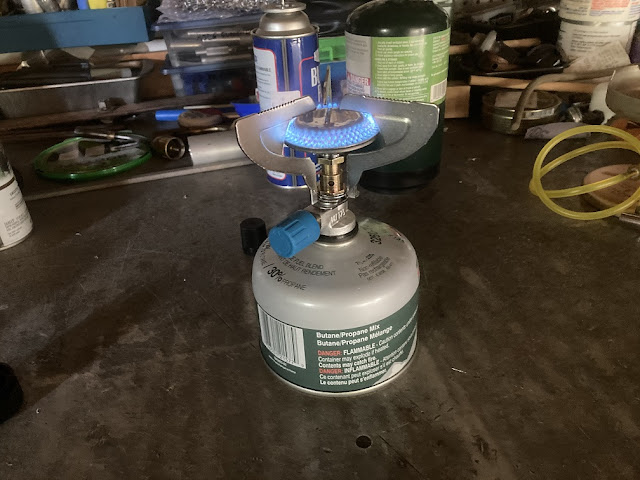 And when you peel the red plastic decoration off the thing you'll find that underneath you have honest to goodness French GAZ Bleuet cause Coleman bought out the company a few years back . 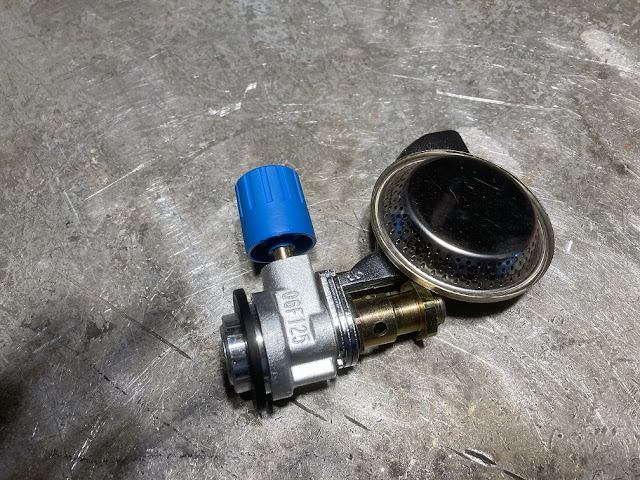 And it breaks down to the size of a cigarette pack for transport .

Now the advantages of the canister type stove is that it packs down real small and you are not dealing with smelly flammable liquids and the hazard that may imply . The disadvantages beyond finding fuel for it way out in the sticks , is that once it gets much below freezing they are useless as they will not vaporize the fuel . So if you really are counting on it to work in the cold . . . 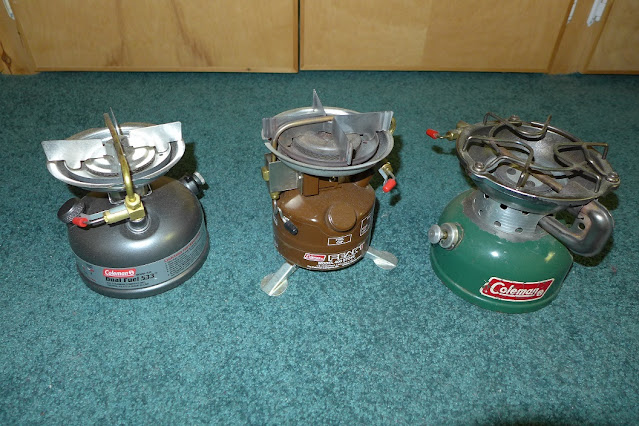 . . . your best option is liquid fuel , and these here can run on Coleman white gas , regular unleaded car gasoline or even 100 octane aviation fuel . In a pinch a tank full of 50 / 1 chainsaw mix won't do it any damage either . 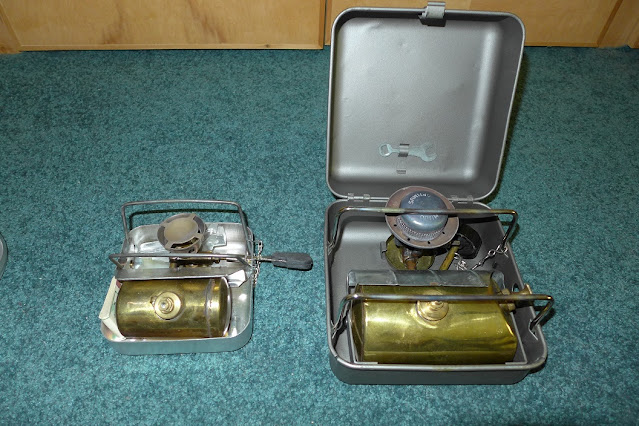 Some , like the Optimus 111T on the right , will run on Kerosene and probably even some of that rotgut Canadian Club swill the bums drink up there in Soscratchyerbum .