Ten pounds of crap in a two pound bag

How do you put new thirty one inch tires on a truck that is not currently road legal . . . ? 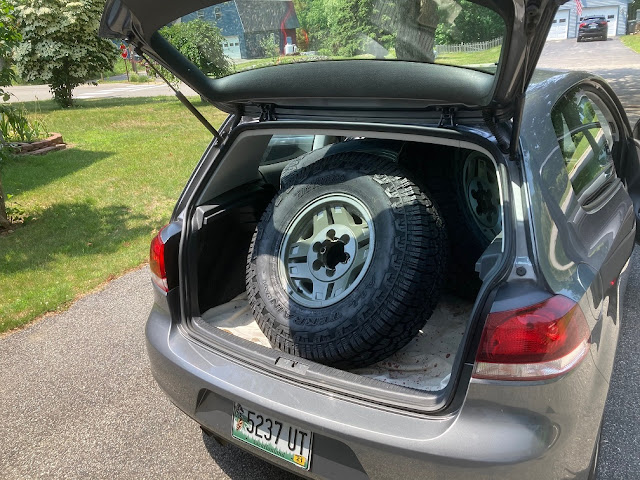 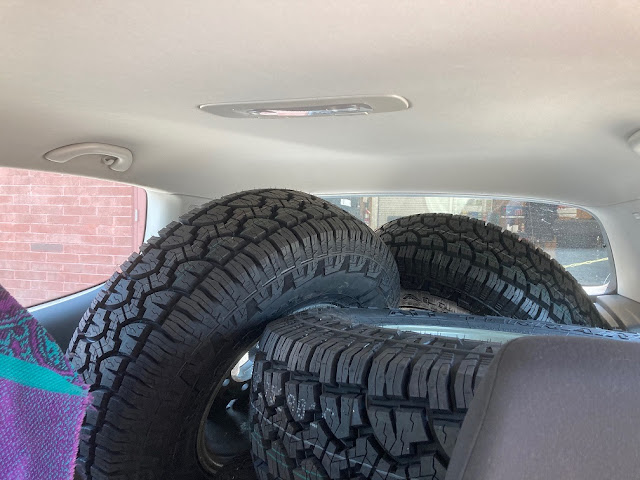 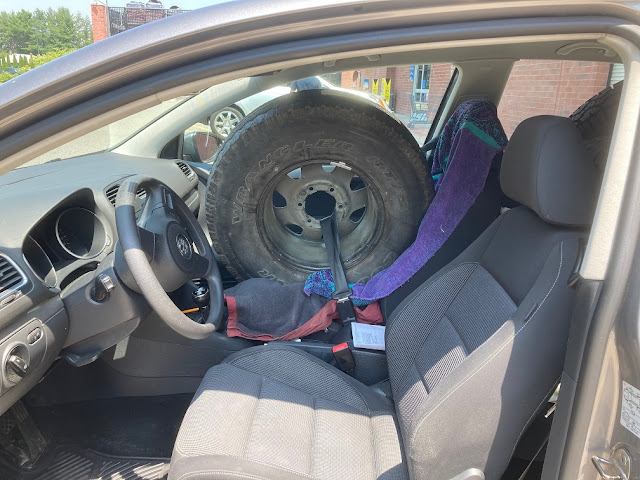 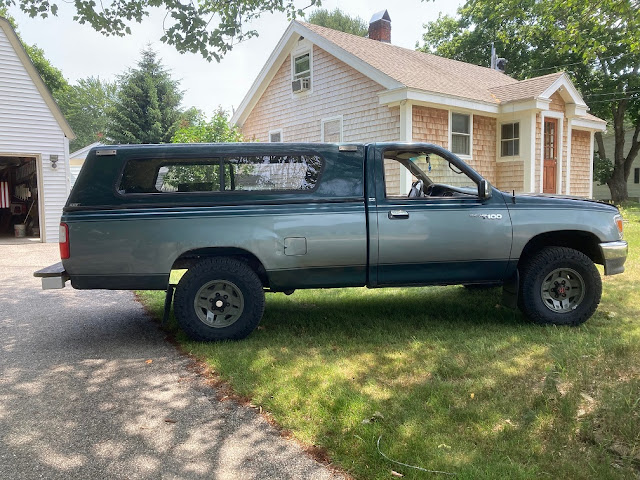 As the the Honda van is temporarily DOA , the old T-100 that has been parked since 2017 when I rebuilt the infernal combusted engine is going back on the road . But the old tires were near twenty years old and though they still had good tread , they were dry rotted and did not hold air for more than a day at a time . 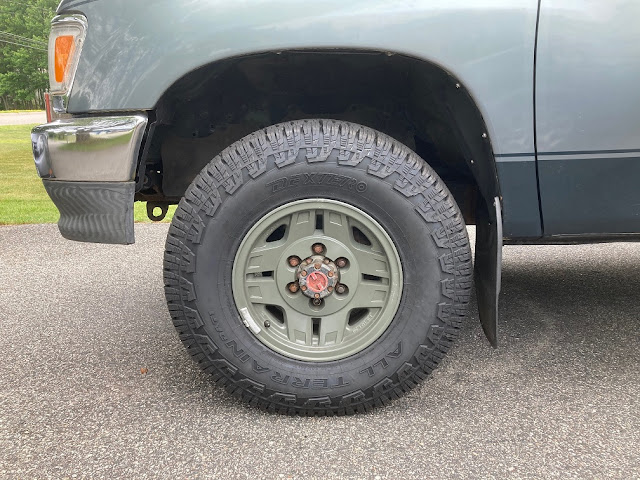 Don't much care for the knobby sidewall pattern on these new ones , but choices are limited when you try to keep the price of four new tires under five hundred dollars . That there is about one third the value of the truck . As the front brake calipers are old and dragging , new ones have been ordered from Fleabay and will get replaced when I muster the courage to tackle that project . I fear that I might have to remake some of the brake lines as they will likely snap off when I try to replace the calipers . 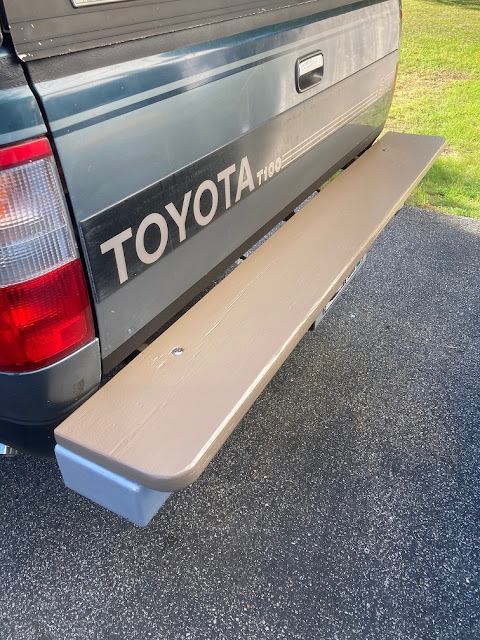 Ran my DIY bumper through the planer to clean it up and gave it a coat of paint . 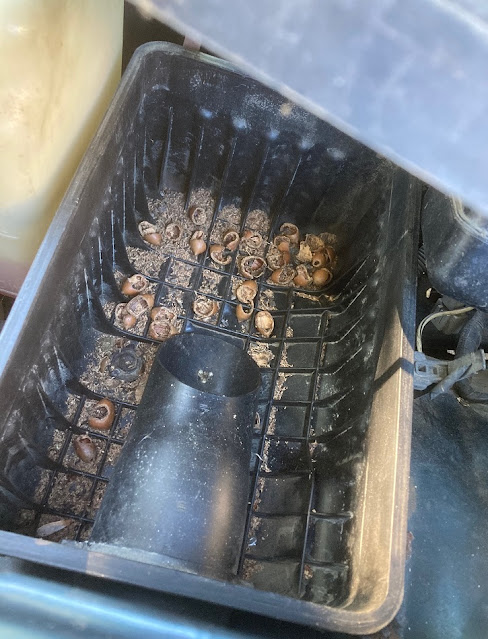 Chipmunks got evicted from the air-box too .