The local wildlife has been making an appearance recently 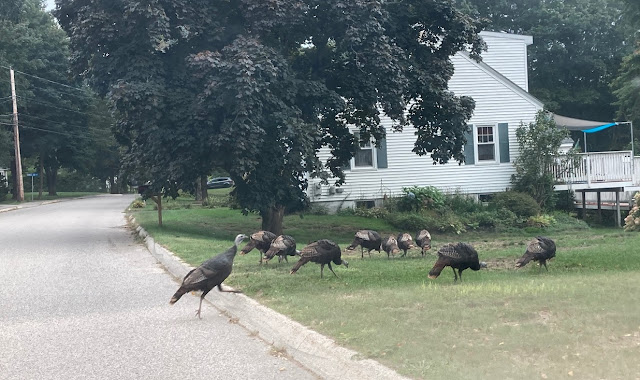 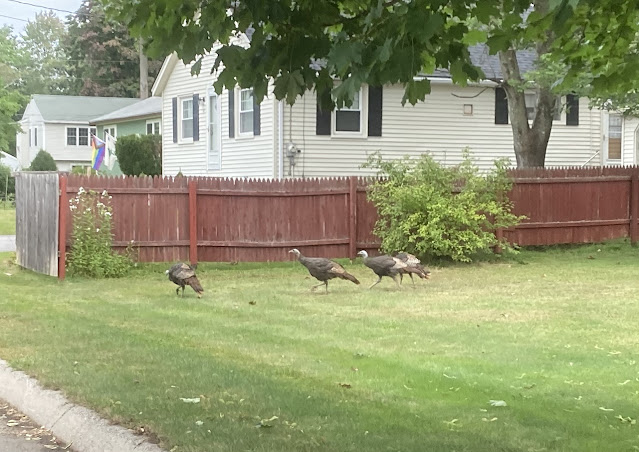 They have been making the rounds in everybody's yard including ours . 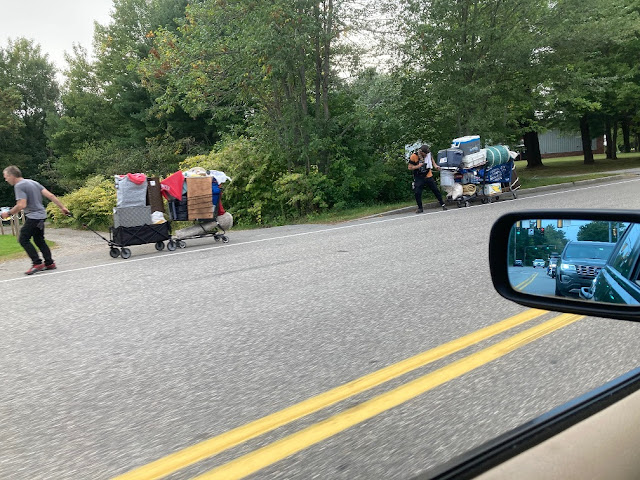 Sighted these two sketchy looking ones followed by a haggard looking female of the species puffing on a smoke down at Eight Corners about a mile from the house . 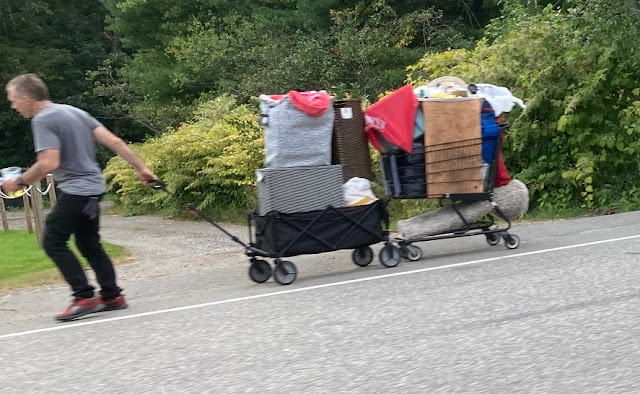 This variety hauls around all their household accoutrements wherever it goes . 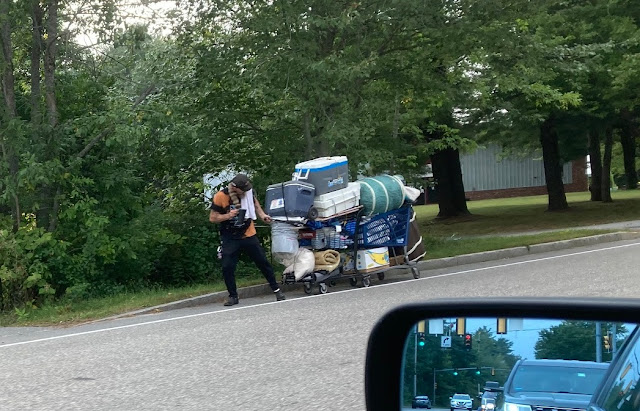 This one appears to have a racoon tail of some kind 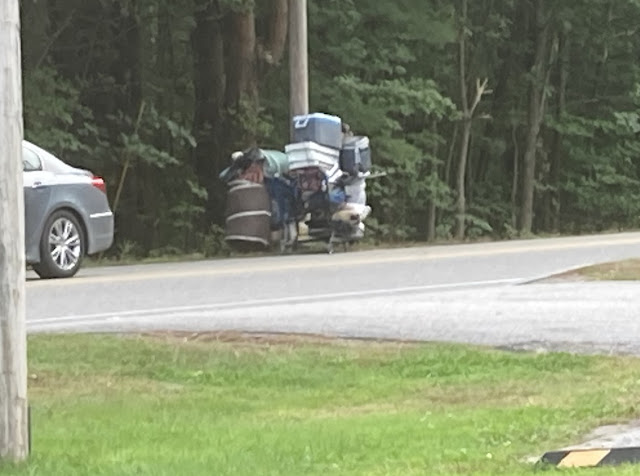 Ten minutes later when I came back from gassing up the car they appeared to be getting ready to nest down in the local woods right across from Joe's Cafe .