OK where were we? Last post covered the project that got put on hold last December .

October 2020 we had installed the little special order transom window that took for ever to arrive because the first time around it was lost somewhere at Home-depot and they could not find it despite confirming to us they had received it . 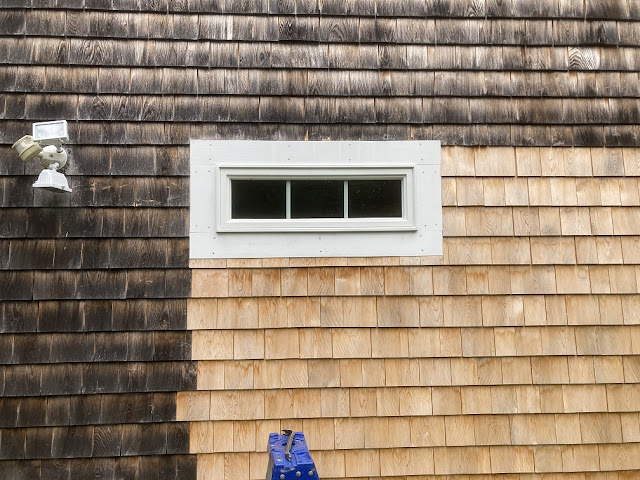 By this October when I got the call that all the subs had done their bit with electrics , heat , plumb-ering drywall and flooring and I was able to come back and finish the job , it had been decided that the little transom would not do and we needed a bigger window . 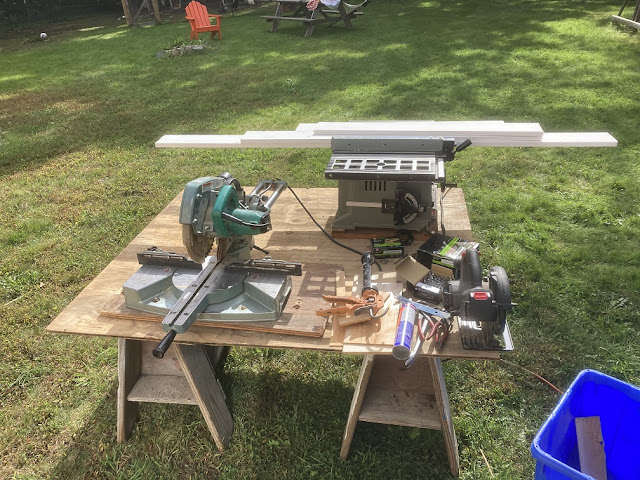 So I set up an abbreviated "office" and got busy . 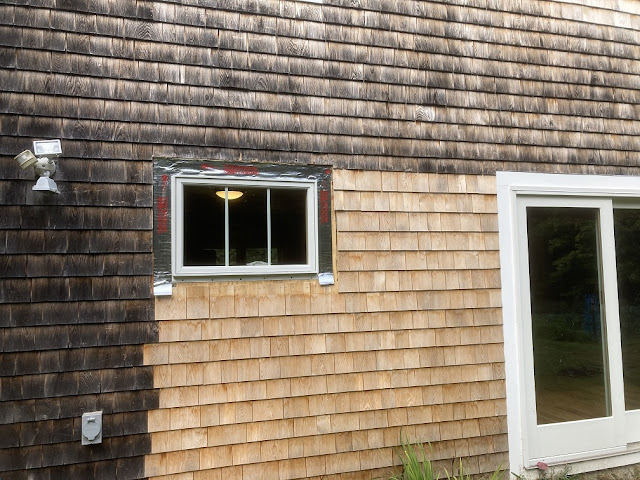 Yanked the little transom window and installed one twice as tall . 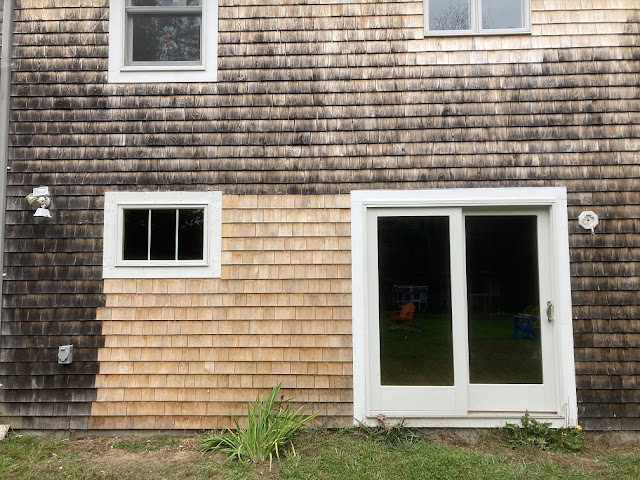 And made it all pretty again . 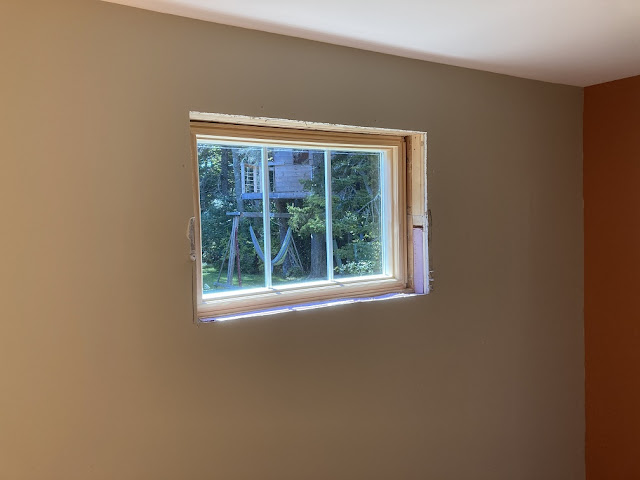 So now we can move on to the inside and get to play with the trim . 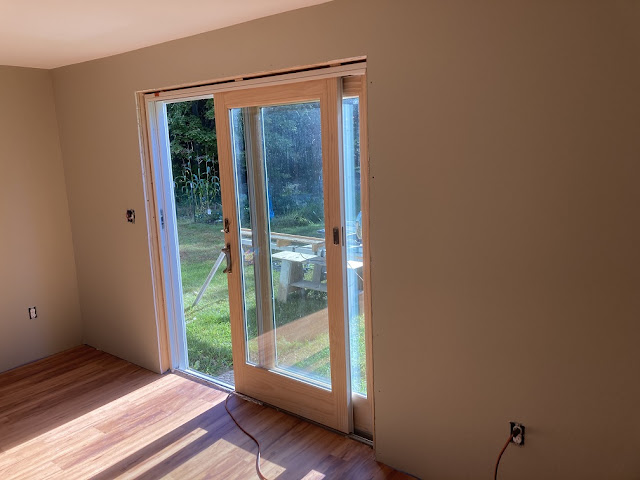 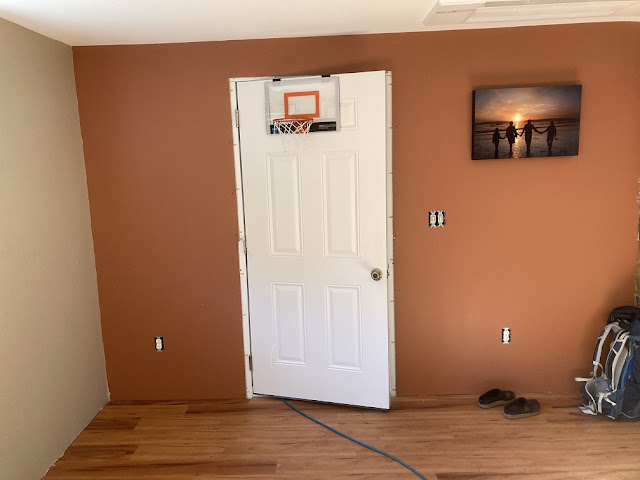 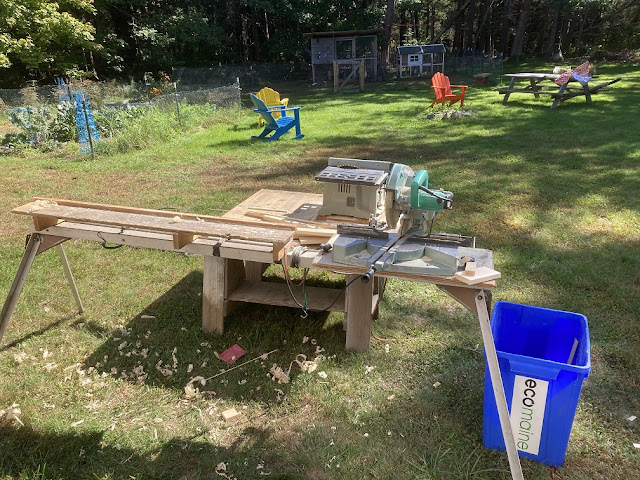 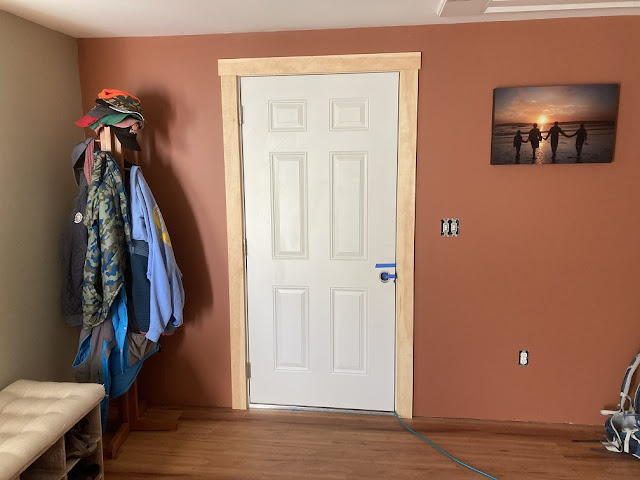 Garage door gets trimmed out 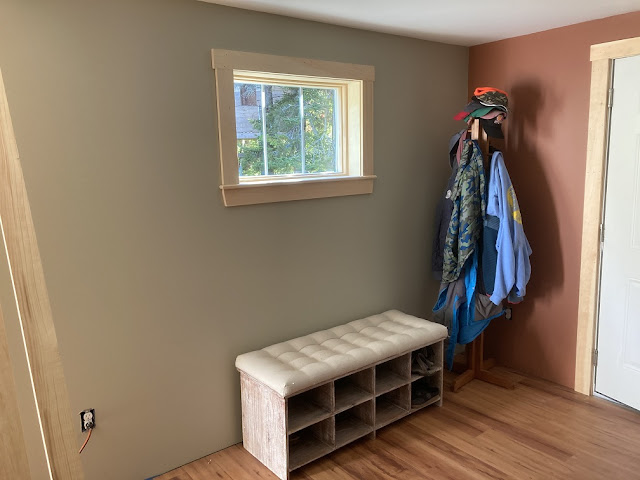 As well as the new window I just put in 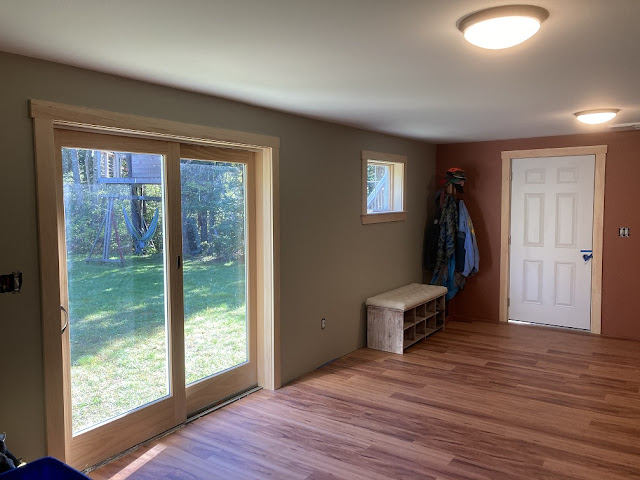 Atrium door gets extension jambs and trim too 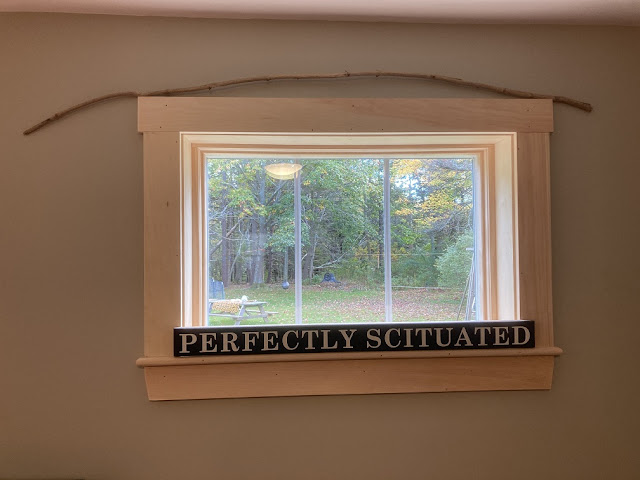 And some impromptu decorations 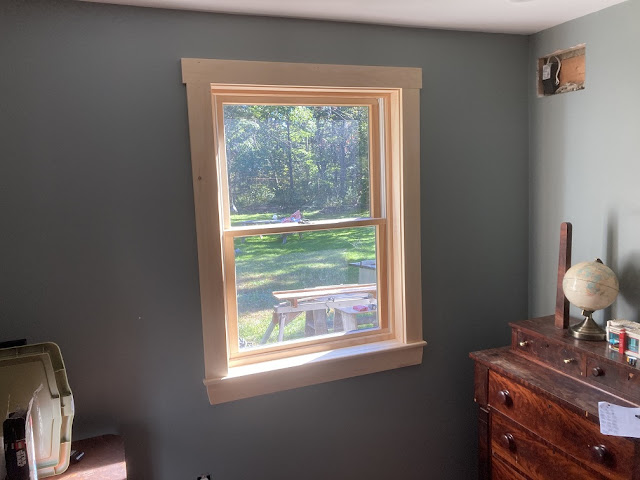 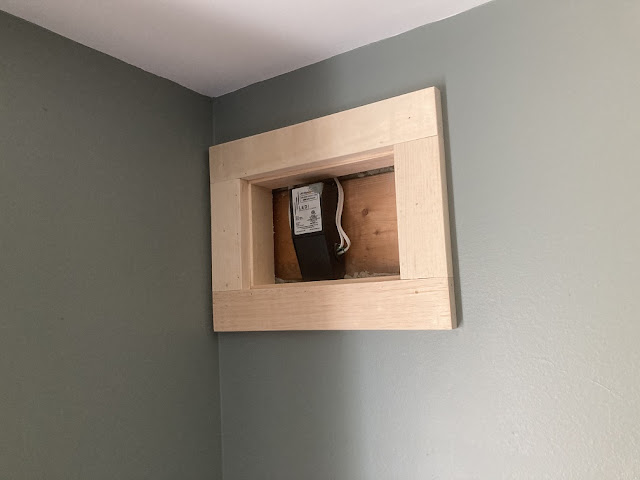 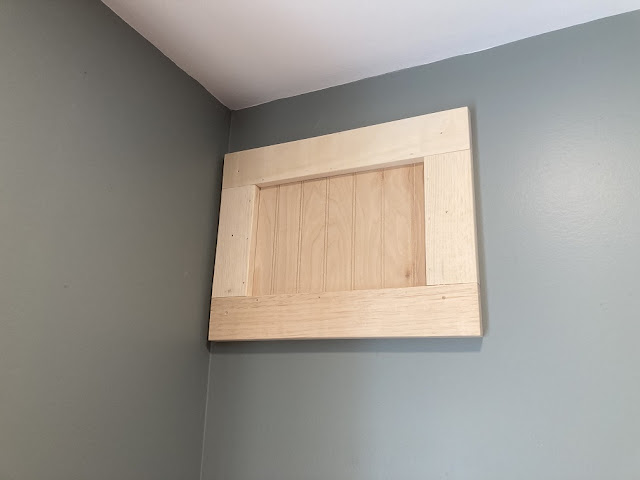 With a lid to hide the works 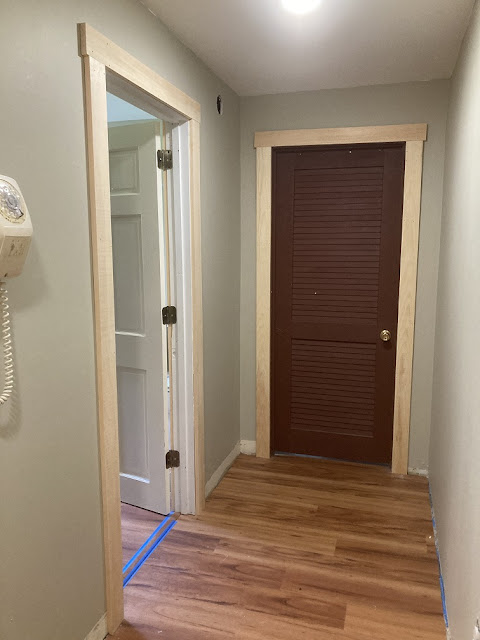 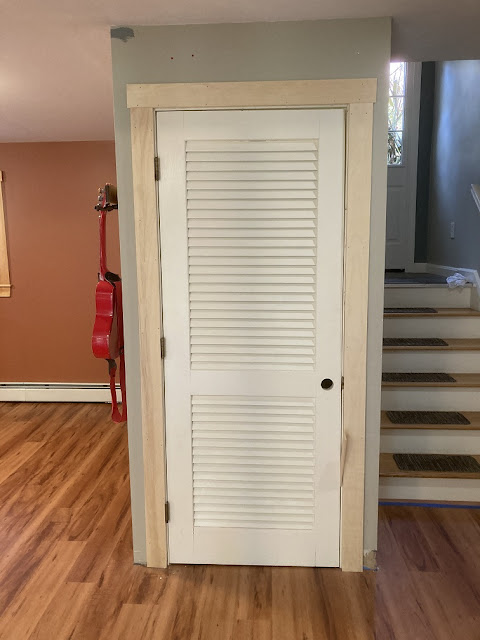 As well as the little utility closet . 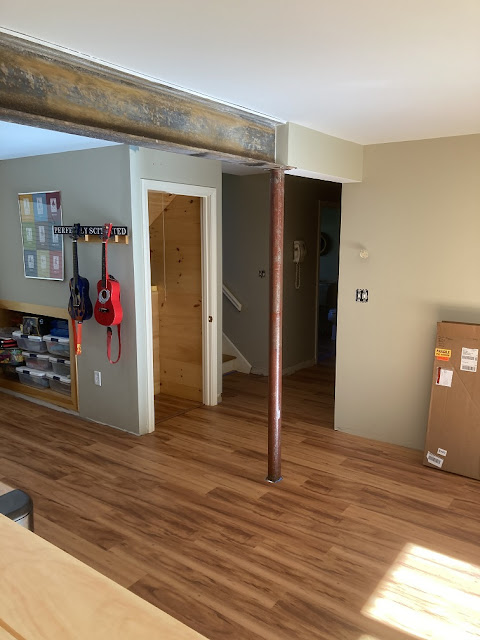 And then there is this ugly Lolly column holding up the steel beam . Need to dress that up some how . 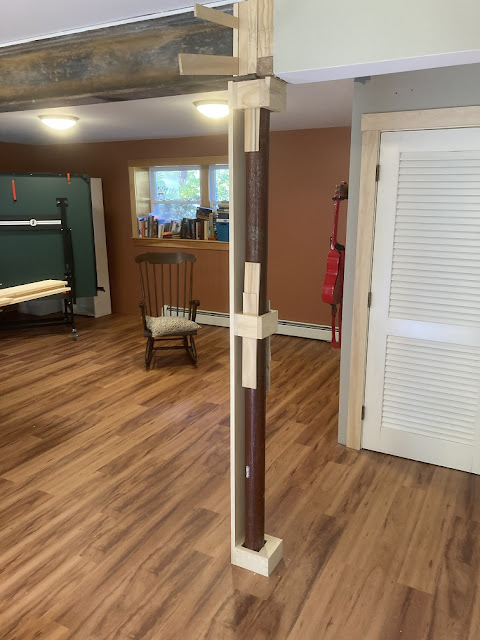 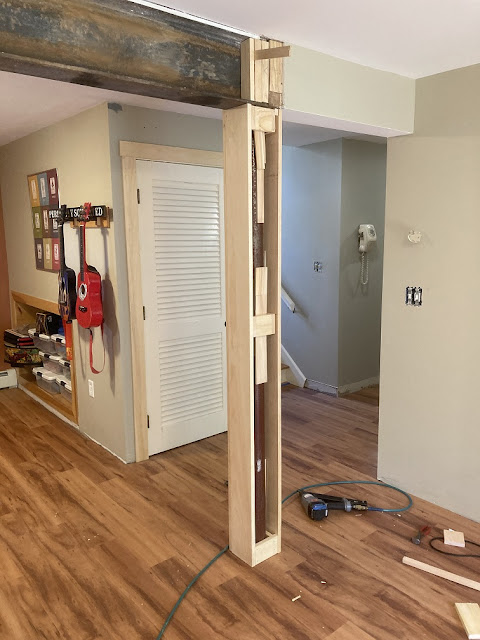 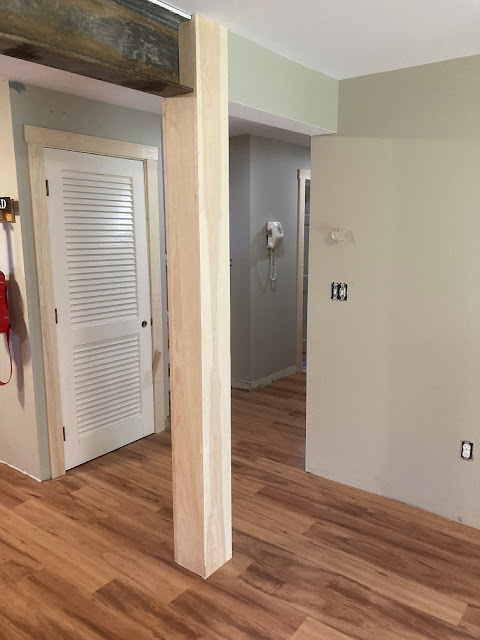 There that don't look so bad now 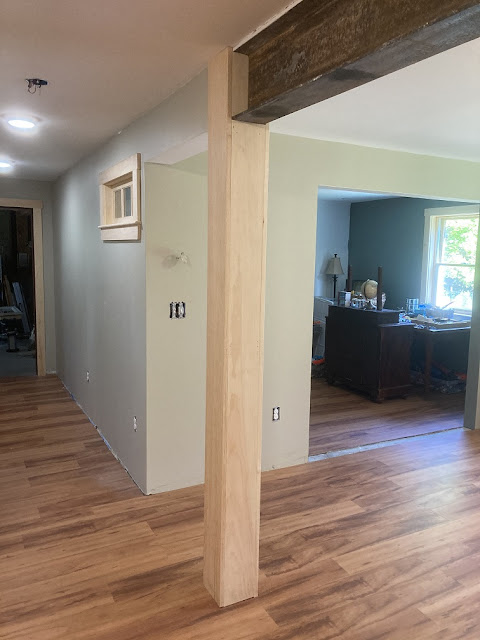 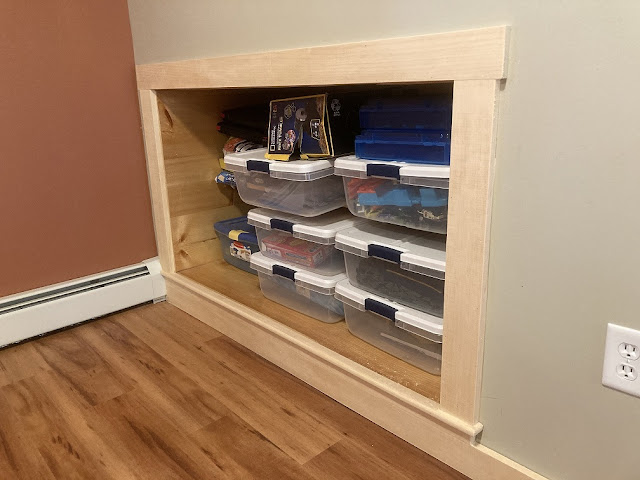 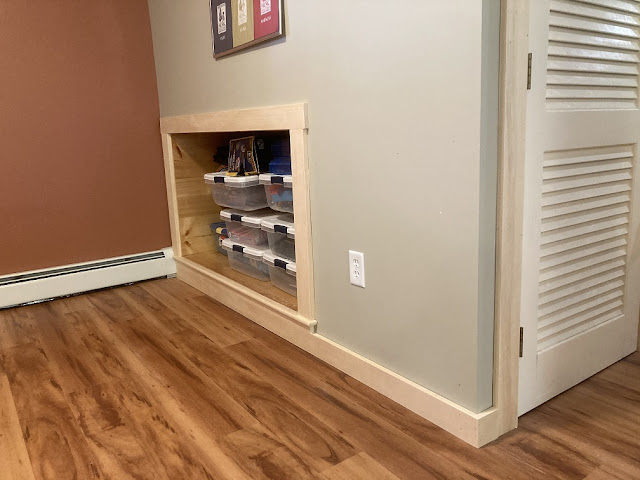 Along with baseboard all the way around .

Stay tuned for the next chapter in the saga when we build barn doors and book cases . For now my back decided to start acting up again so I need to give it a couple days rest .