A few years ago when the brake fluid reservoir sprung a leak and I had to fix the resulting mess , I yanked out the heat and fresh air system in the Volvo . It was in the way and the heater core was giving off the sweet molasses smell telling us it was leaking . At that point trying to get things done I cut a plate and caped the firewall opening and called it good . This resulted in no fresh air in the cabin other than from the windows . And the firewall gives off a fair amount of heat too. I needed to do something about that . 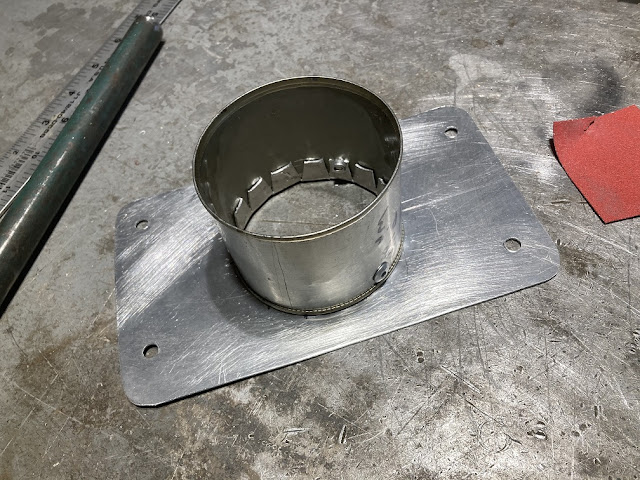 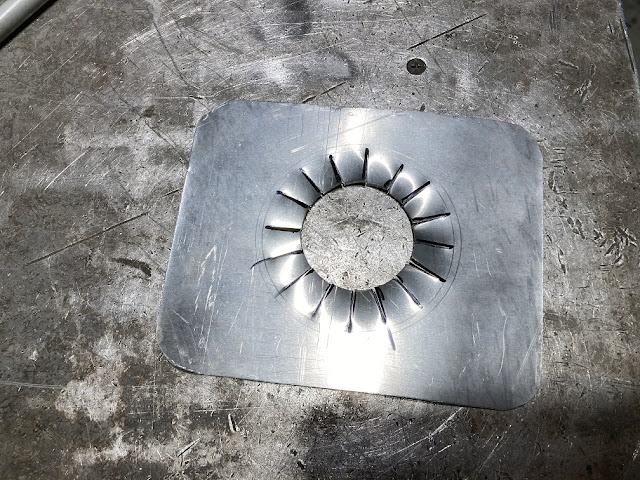 . . on an appropriately confectioned piece of aluminum 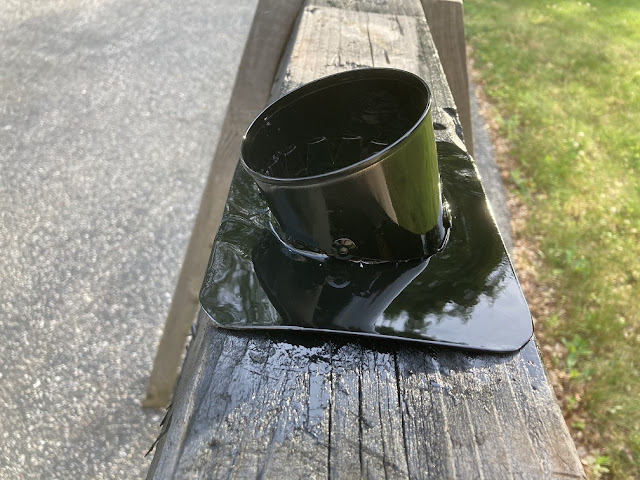 Times two . The intake that goes to the left of radiator needs a bit of an angle to it . 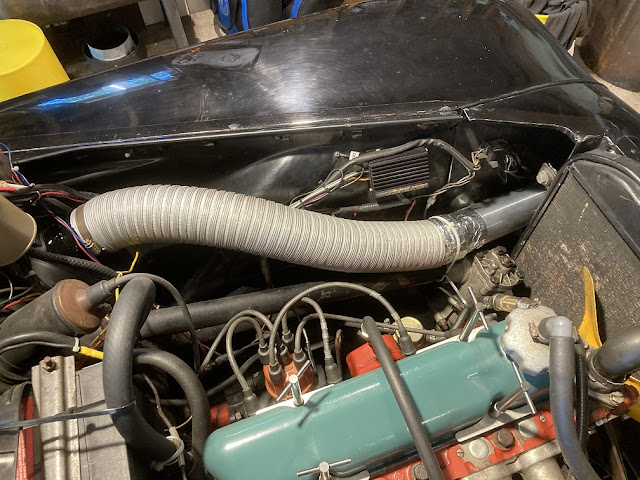 There that will do the job .

Yea it only provides flow when you are moving , but heck its better than nothing . 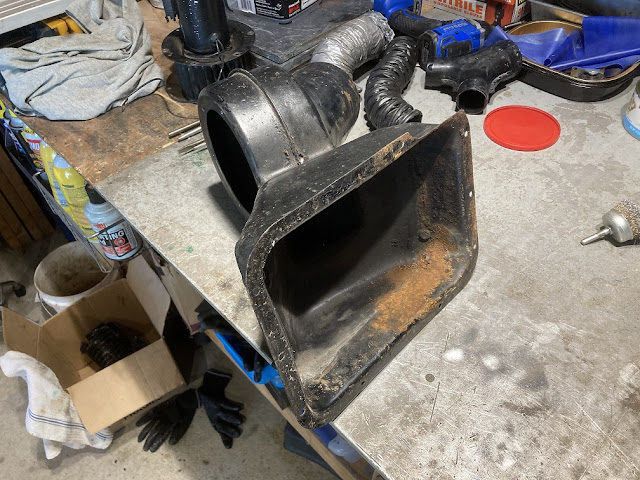 Now about the Darth Vader heater box . . . yea that's one half of the mess . 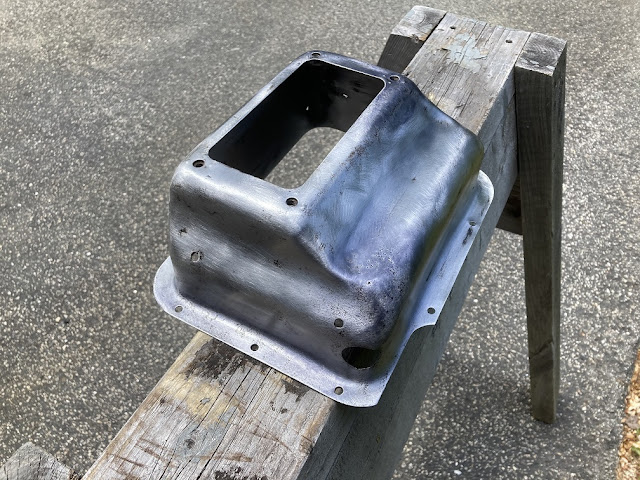 A couple hours going at it with the drill and abrasive wheel gets us this far . 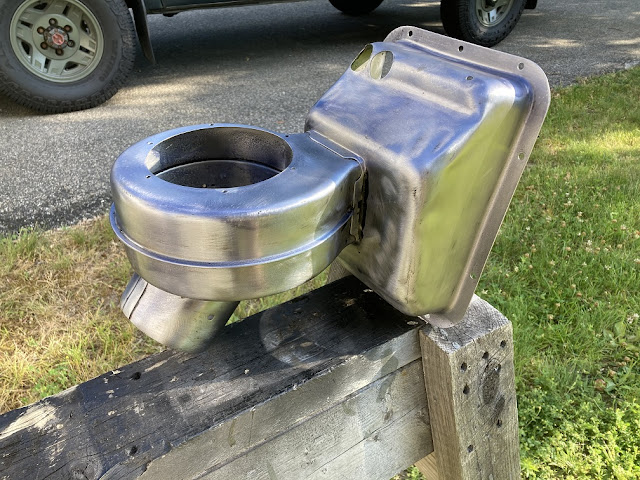 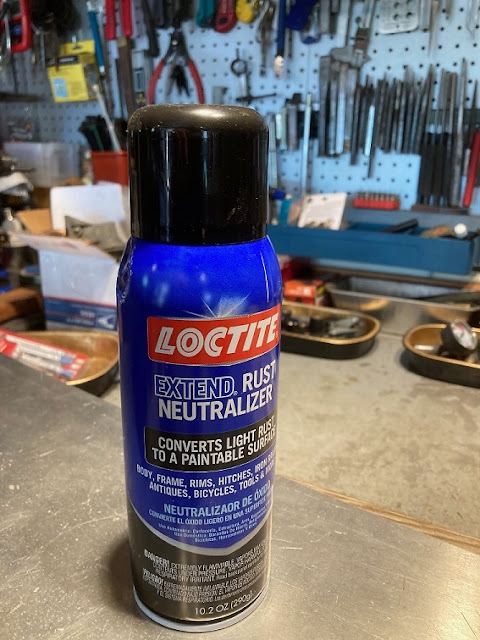 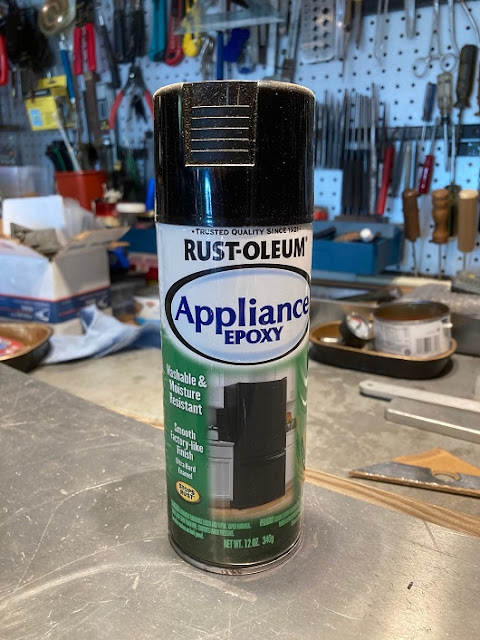 Good thing I snagged about half a dozen cans of this stuff when it was on clearance for $1.25 at Wallyworld . 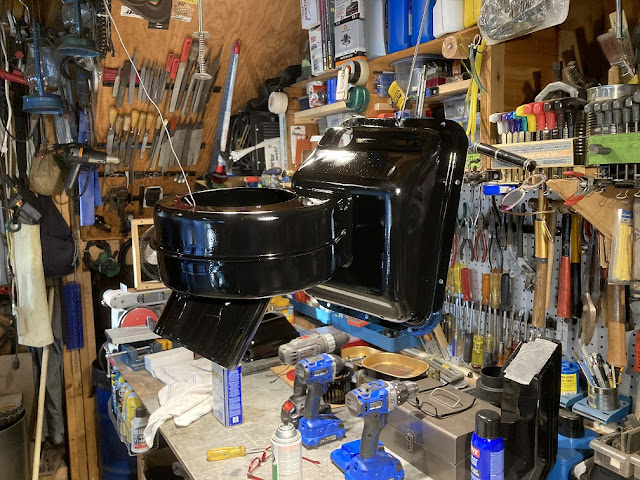 Then there was the leaky heater core itself 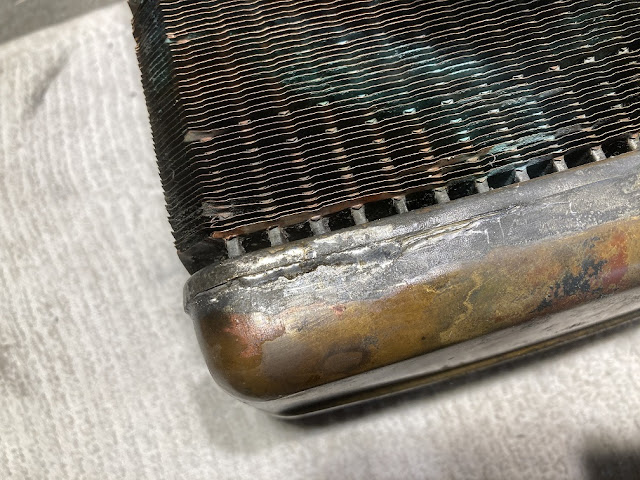 That one took about two dozen tries before I got all the pin holes soldered up not just where the cap meets the top plate but were the individual tubes meet the top plate . I'd get one done and the next one down the line would start leaking too . Never took photos of that process . 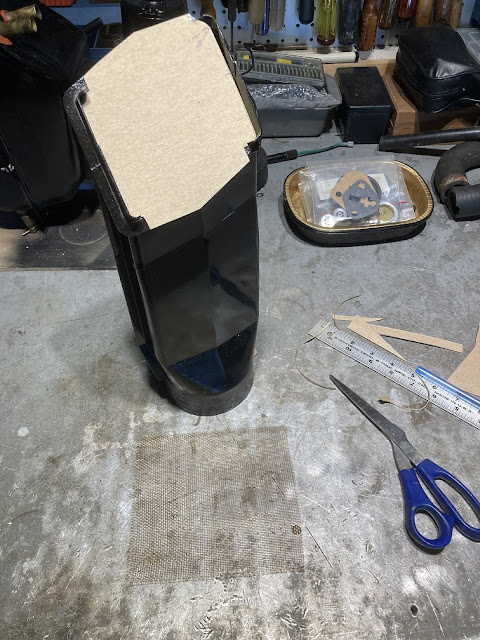 The fresh air intake up front next to the radiator was all mangled up from sixty years of life . Yea I forgot to get the "before" photo . Mended the missing parts with JB Weld putty, filed sanded and painted with the same appliance epoxy paint . The hardware cloth screen on the front was a mess too . So I made a pattern out of cardboard . 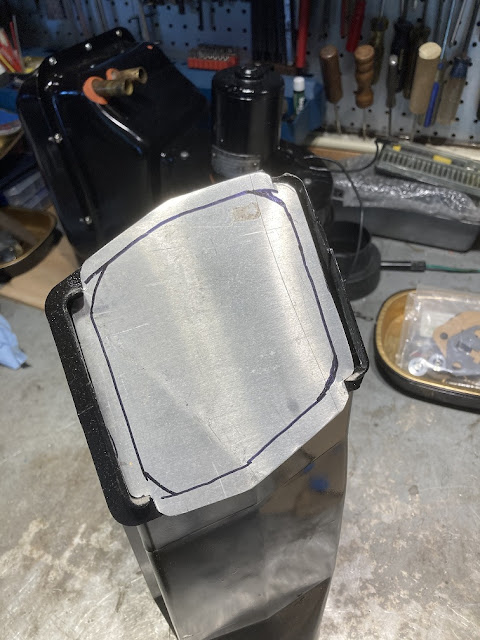 Copied it in aluminum 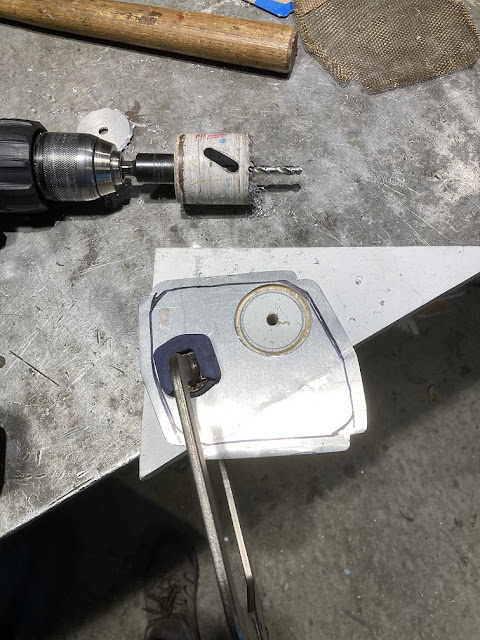 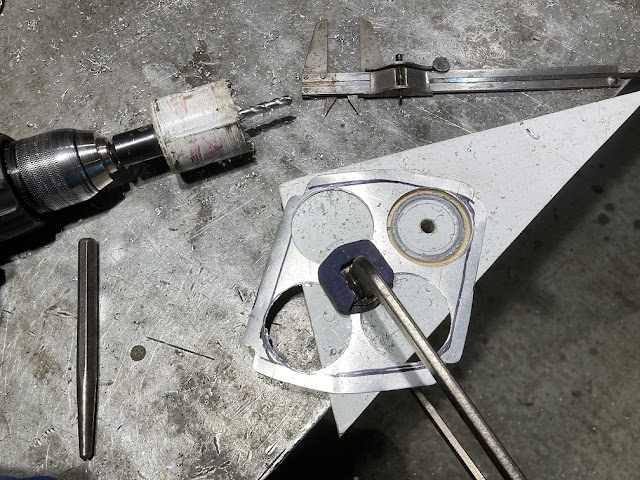 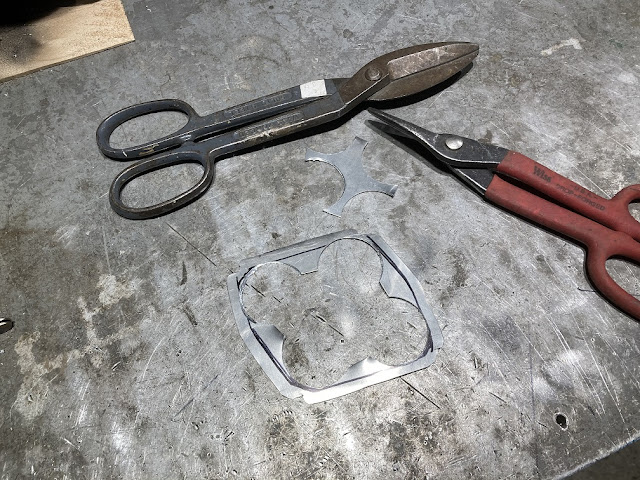 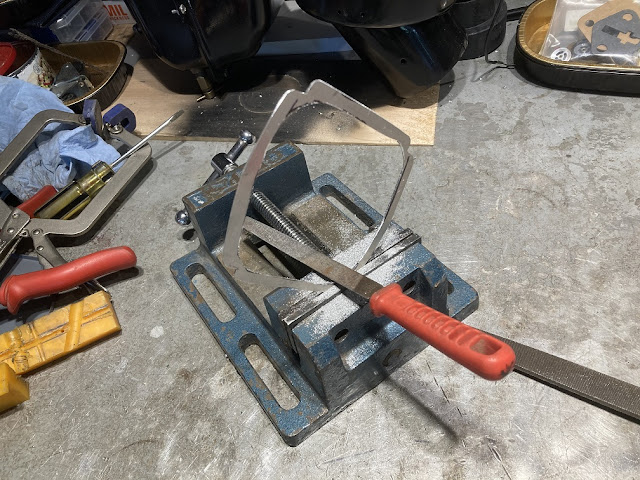 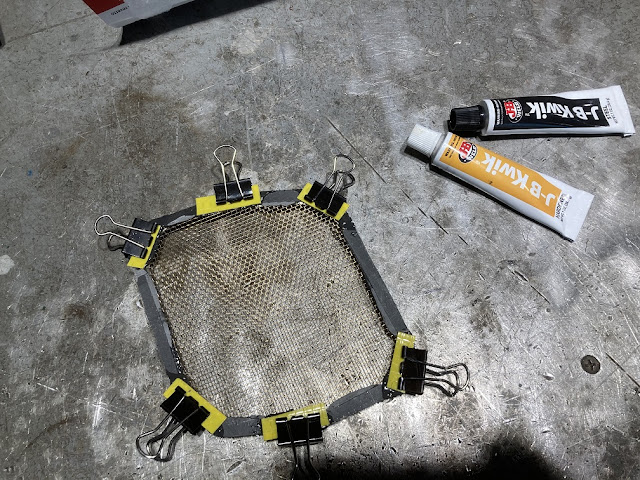 Epoxied some new bronze hardware cloth . The yellow bits come off after a few minutes of curing. They are HDPE from an old kitchen cutting board to get the JB Weld to lay flat and embed in the hardware cloth . 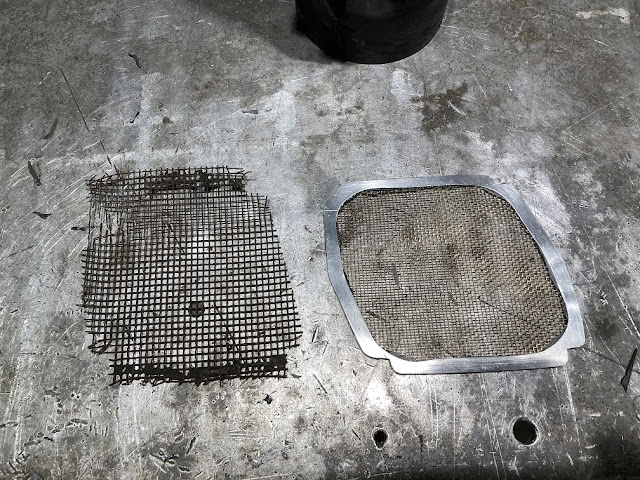 What it was and what is now . 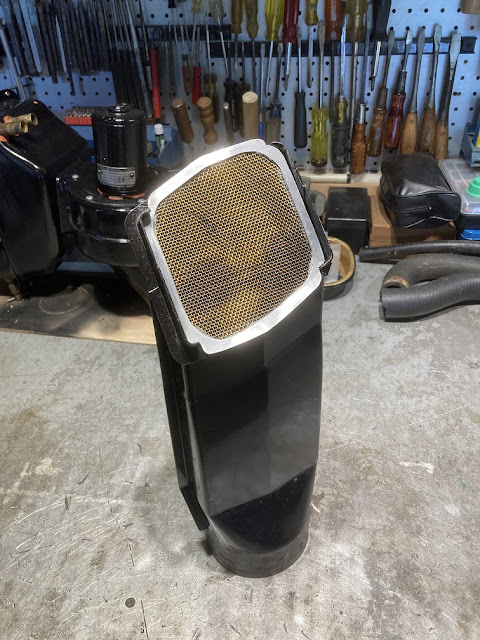 And once installed it wont even be visible . It never had a frame like that from the factory but it was the only way I could come up with to hold the otherwise floppy bug screen in place . 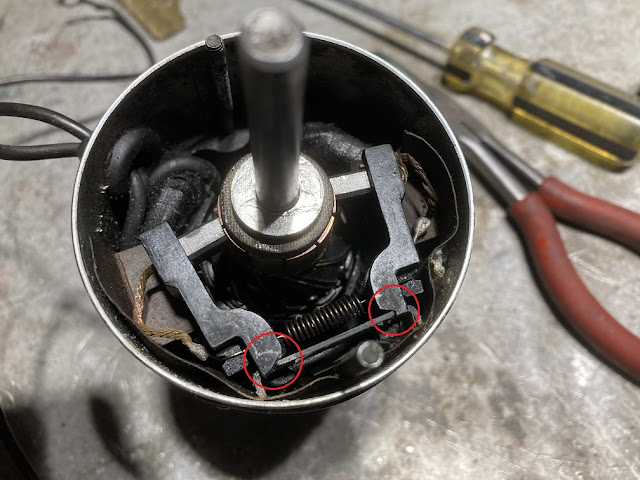 Then there was the blower motor too . See those arms that hold the carbon brushes ? Both  are missing the top hook on the hinge point . 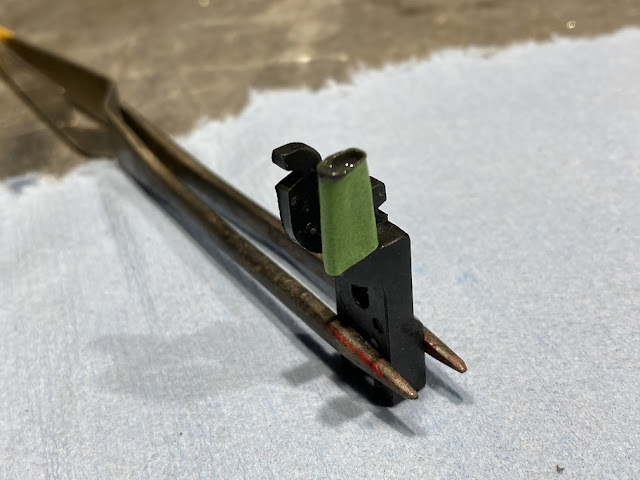 JB Weld to the rescue again . Let it cure about four minutes til its just hard enough to hold together . Peel the tape off and start carving very carefully with an Exacto knife . 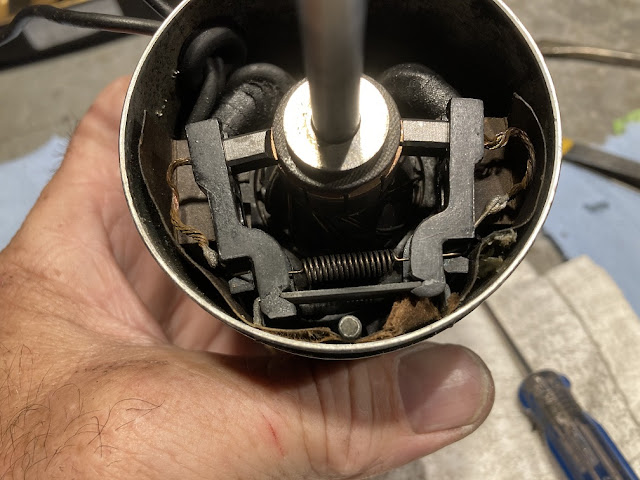 Not ideal but it will have to do till I source a new motor . 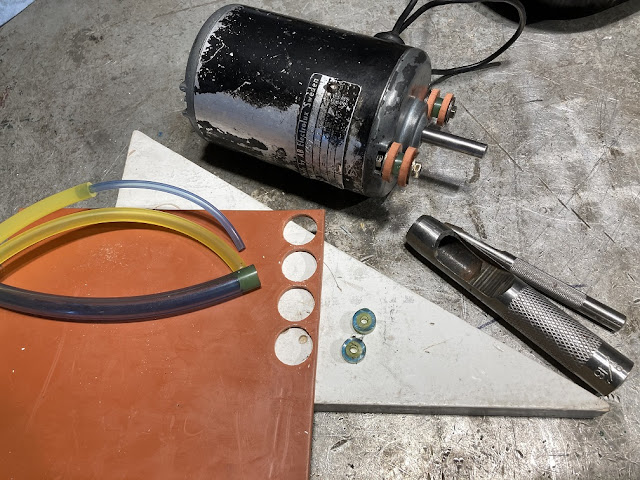 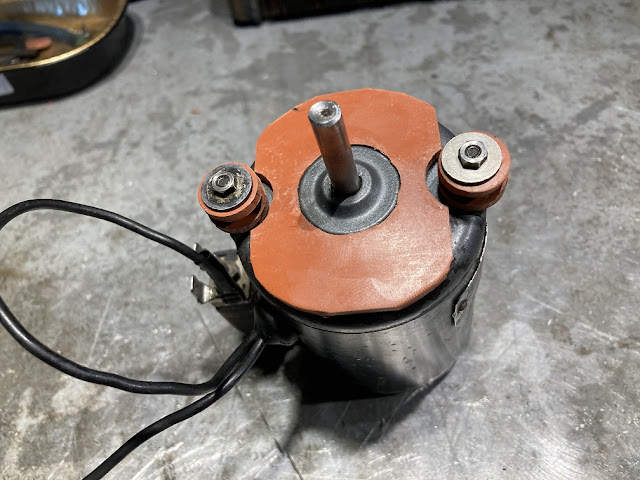 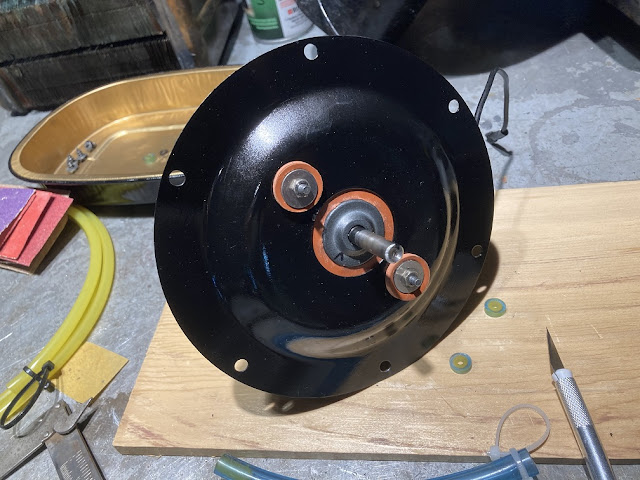 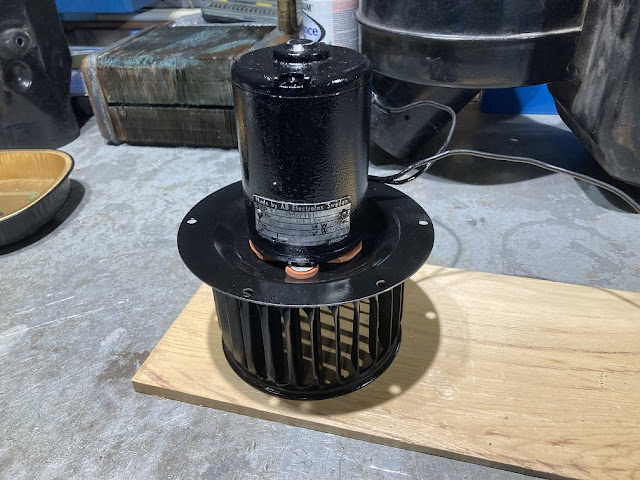 There , not quite good as new but it will do for now 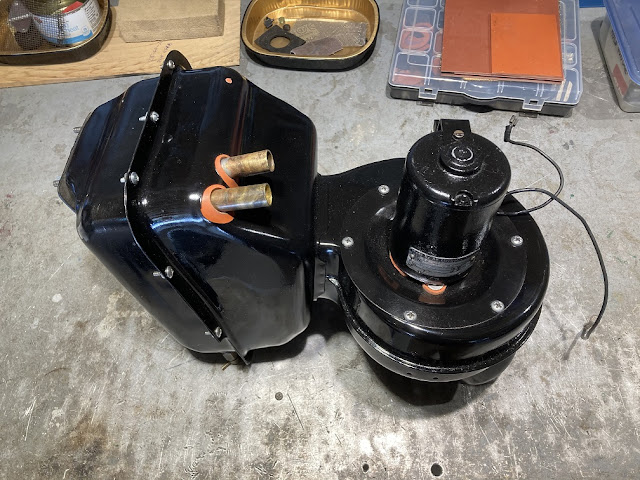 Darth Vader's mask ready to go back in the Volvo .