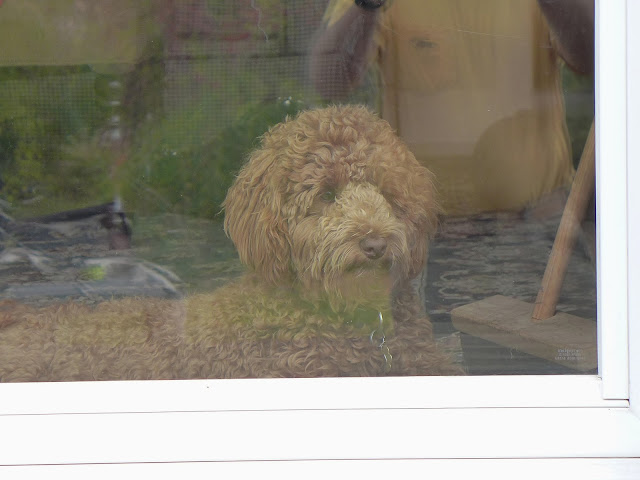 I was called to make some modifications by deleting the stairs and squaring off the deck on this end , 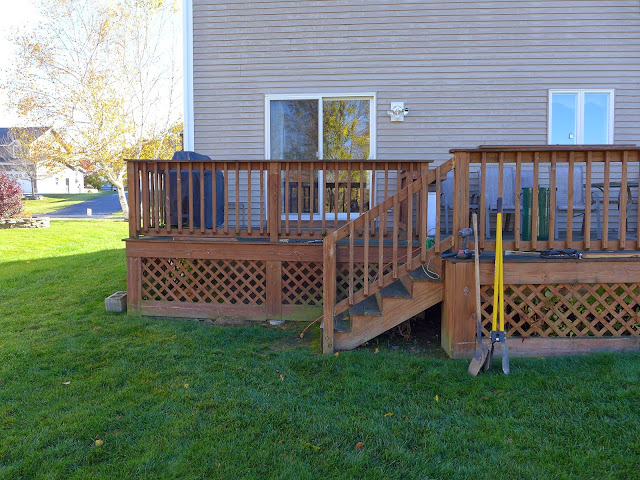 and relocate the steps to the far side in front of the basement bulkhead. 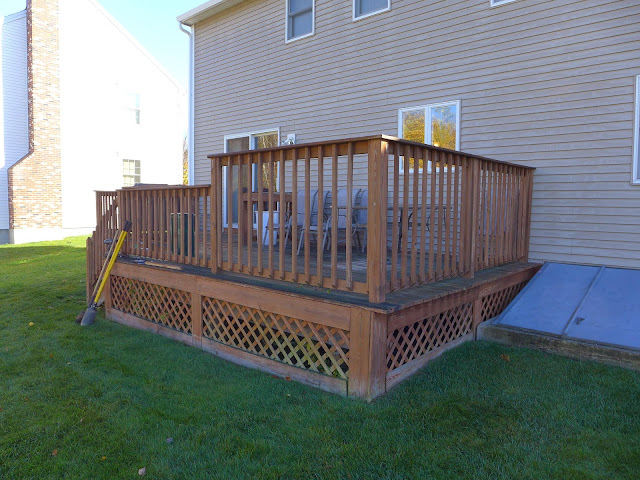 So I started the demolition and relocated the steps temporarily. 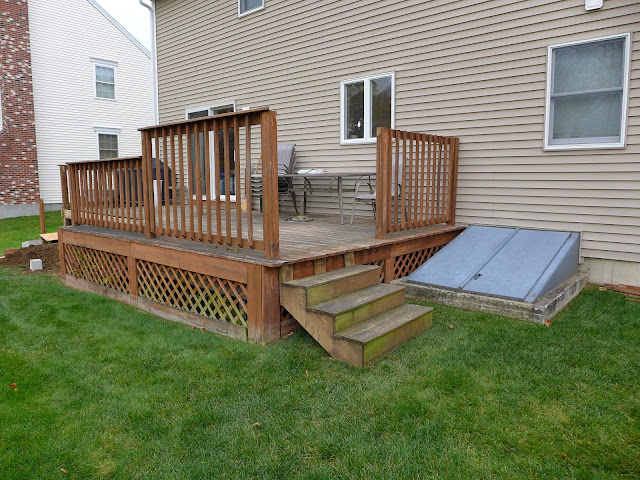 Then started digging holes for the tapered frost posts.(300lbs a piece) 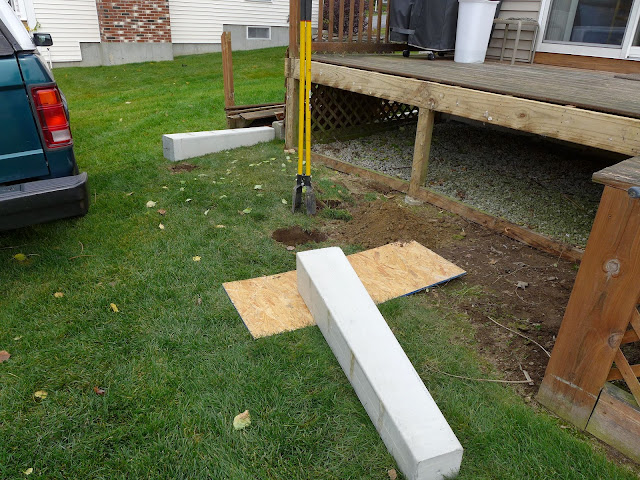 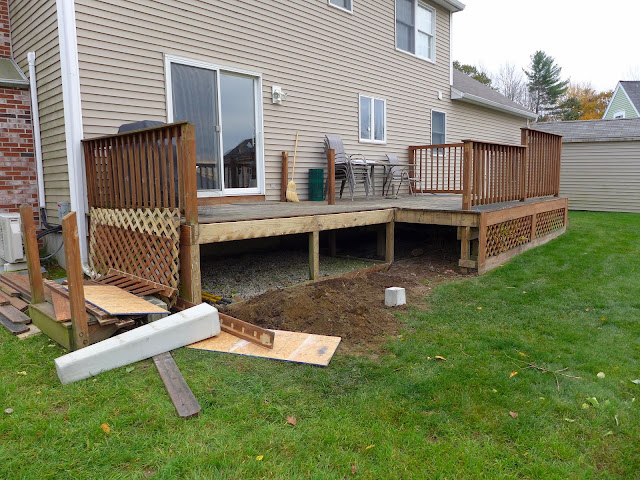 the second one went seriously pear shaped on me 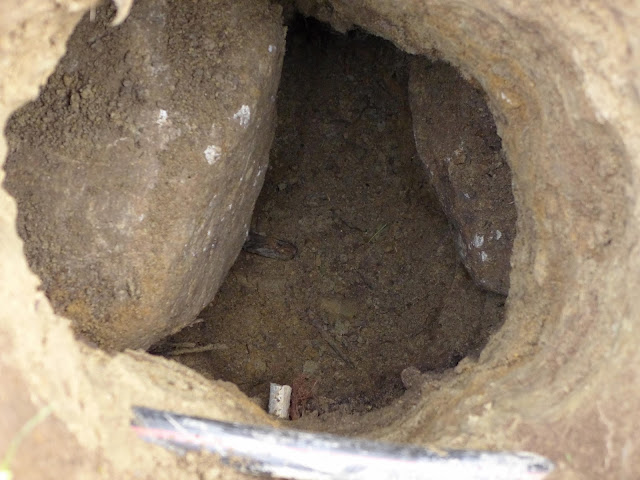 and consumed the better part of 6 hours labor fighting 2 big boulders about 3 feet down that did not allow me to position the frost post properly or deep enough . The only solution was to try and dig deeper and hope to dump the biggest of the two boulders down deeper. 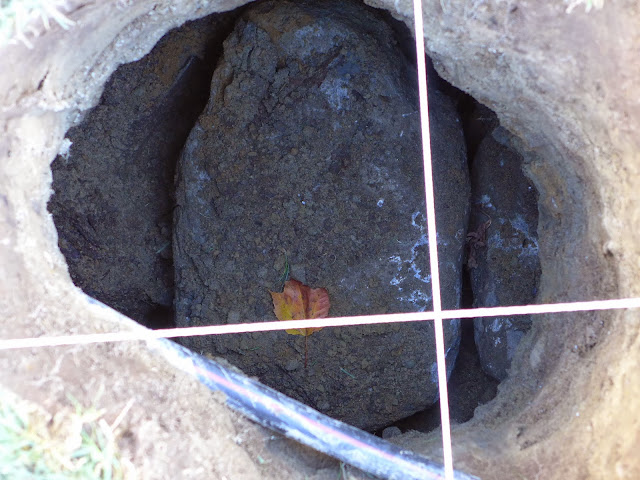 One afternoon and next morning got me as close as I was going to get. 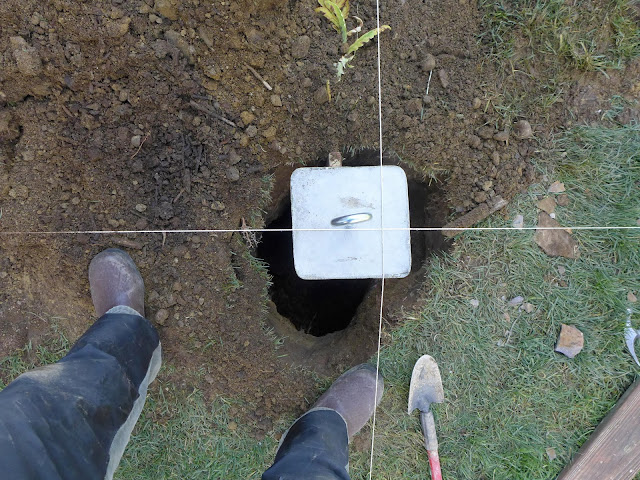 Not as deep as I wanted but it would have to do. The next step was to set the 4x4 posts, and start some framing. 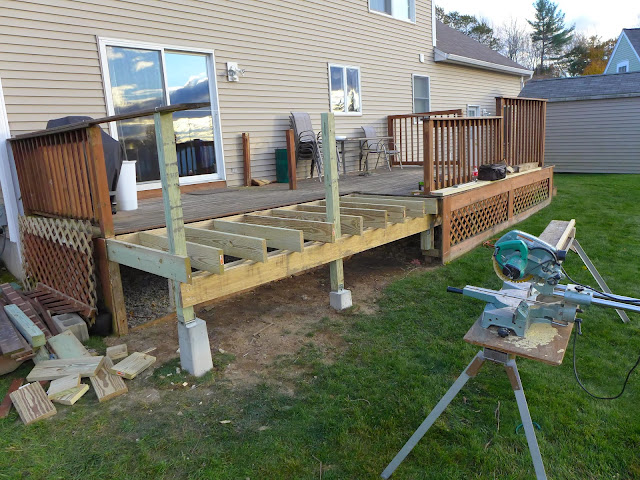 Got the corner post in place and that is when things really went horribly bad . . . . . and I did something I have never done before in 30 years of this sort of work. I was cutting the post for the middle with my chop saw. As there is not enough clearance between the blade guard and the table this involves manually moving the blade guard out of the way to position the post. You can tell what happens next 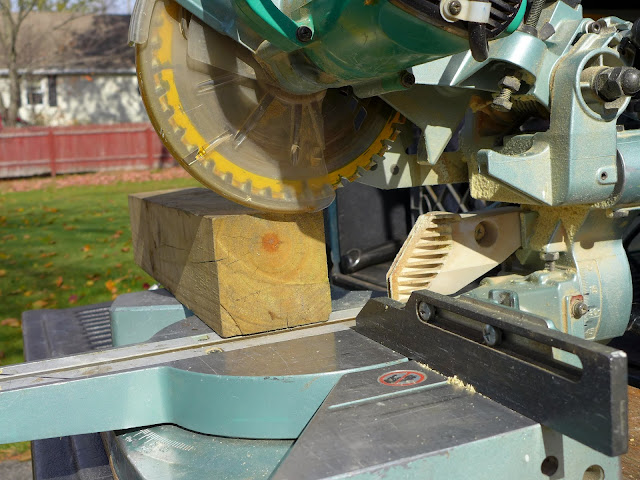 After doing the first cut about 1 inch of thickness remains so it is necessary to roll the post over to cut the remainder. Once upon a time the saw had a brake so that upon release of the trigger, the blade and motor stop almost instantaneously, but that stopped working a few years ago. In a moment of inattention I reached for the guard before the blade had finished spooling down and the saw blade caught my glove dragging my left index finger in and instantaneously stopping the blade. I felt a hard whack and knew it was bad. The blade stopped when it hit the bone. Lets just say I made some major modification to the finger. Bleed like a bastard but as it really was too mangled to suture it was not worth going through the hassle of an emergency room visit. I cleaned and disinfected it with hydrogen peroxide as best I could, pulled the mangled bits together and kept pressure on it. A after an hour of pressure I managed to stem the flow, so I wrapped it tightly in paper towel and some tape and continued work. Managed to finish setting the post and set the hangers and joist before the day was done. Decided to take Friday off and let it heal up a bit before going back to work on the deck. Here is what the digit damage looks like after 48 hours under compression. No major infection and the healing process appears to be progressing. 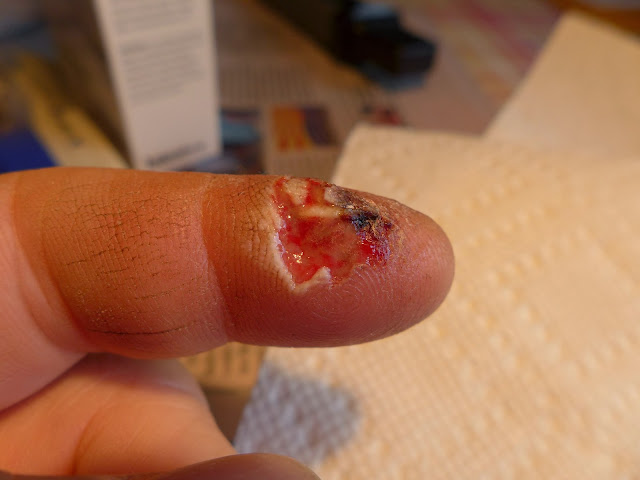 I suppose I ought to be grateful it was not worse as I could have lost the whole finger tip. It was entirely my own stupid fault.