Last Saturday afternoon we went over to Jonathan's girlfriend Eliza's house in Yarmouth to so see how his new home made maple sap evaporator rig was working. 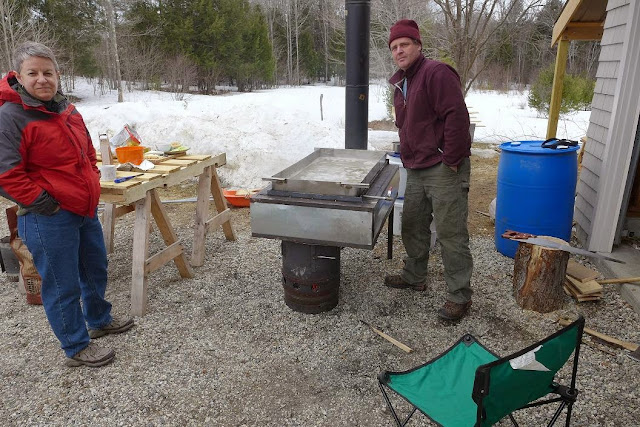 A few weeks back Jon and I went scrounging at the local scrap metal dealer for an improved pan. Previously he had been using three separate stainless steel food hot trays on the burner rig and wanted to make one single large one instead. We found the perfect 24"x72" stainless steel pan that once liberated from the table it was affixed to and cut to the right size would work. Not quite sure what the original purpose was, but with the bathtub drain in one end of the pan I figured that it was a cadaver washdown table from a morgue, but Jon pointed out it was not wide enough for a fat guy and he thought they were food serving hot tables from a cafeteria. At any rate we brought one of the big pans home and Jon cut it down and capped the end to suit his burner rig. 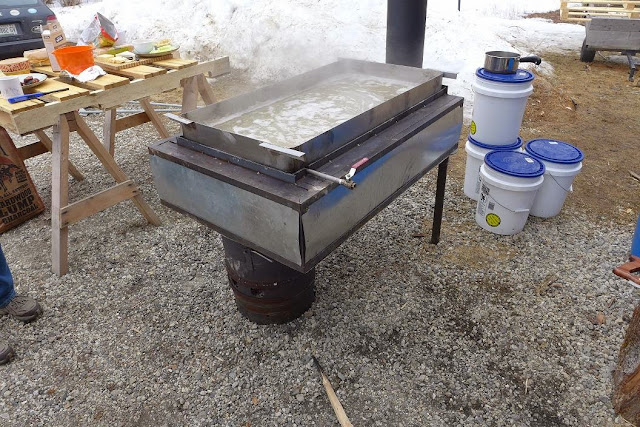 The end result worked quite well. 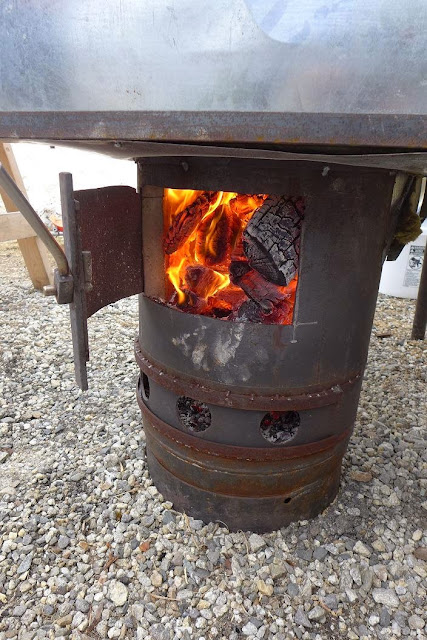 And he was able to fit it all on his home made propane bottle wood burner. 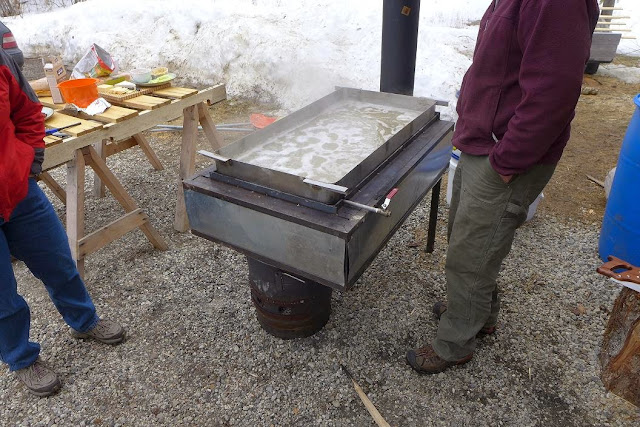 And how do you make maple syrup you ask? You tap about 50 maples trees, wait until you have the right combination of below freezing nights and just above freezing days and the sap starts to run, and collect about 50 gallons of maple tree sap. Which you then pour in your evaporator pan and boil for hours on end . . . . 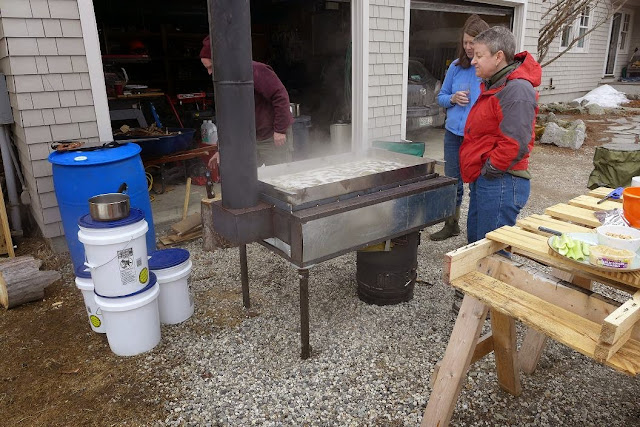 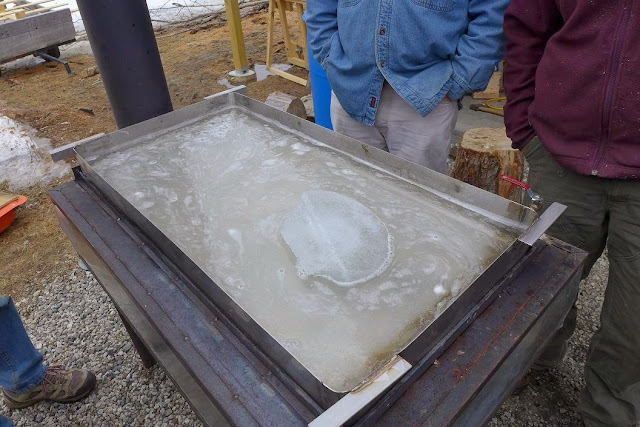 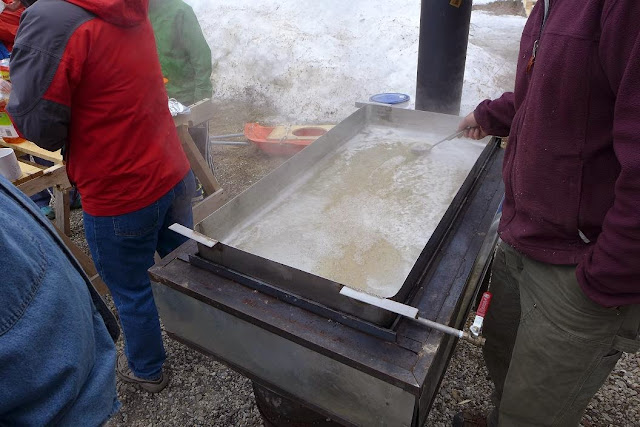 until it all boils down 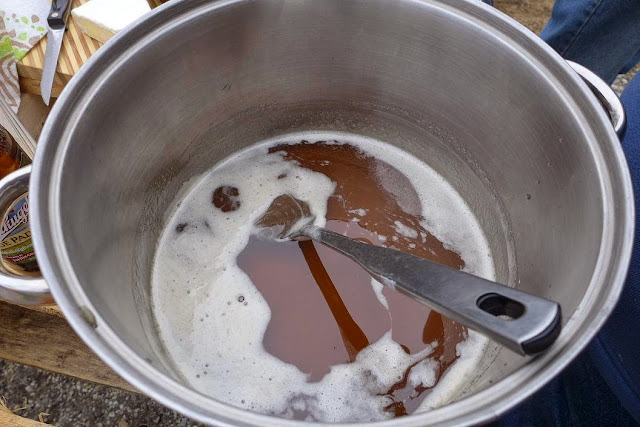 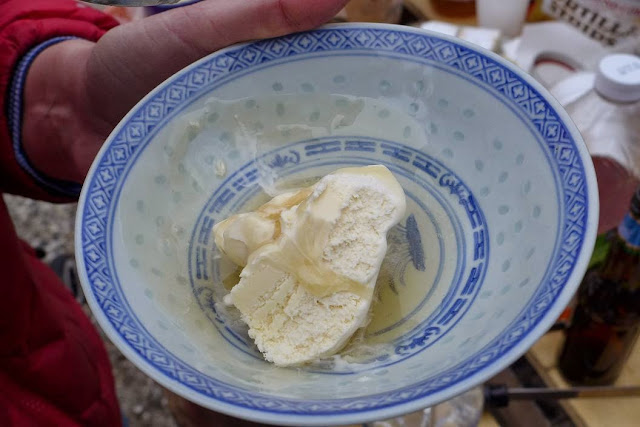 And then stand around in the now sub zero temperatures eating vanilla ice cream with maple syrup , all the time trying your best to not wring the neck of the pin--headed--egotistic--bigoted--left--wing--guest trying to convince you that all the exiled Cubans in Florida are common criminals now turned criminal capitalist pigs , and that Castro's totalitarian state run Cuban medical system is vastly superior to that of the USA . Along with just about every other one of the usual typically asinine nonsensical and sorely misinformed left wing assertions on the subject . And then laugh while the nut job makes a scene and storms away in an infantile hissy fit because his misguided argument just got poked full of holes . 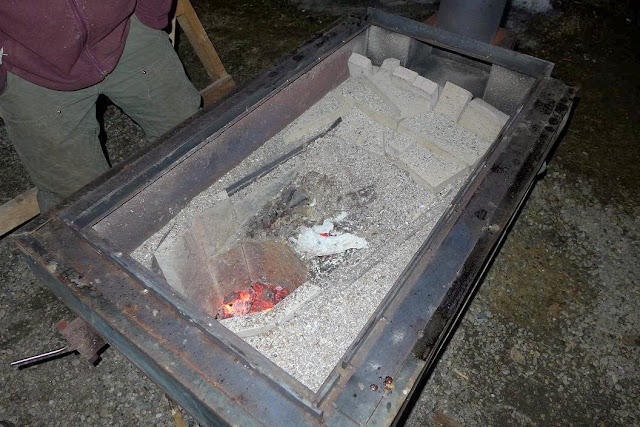 This is what the home made burner rig look like inside once we remove the cadaver wash-down pan .