Could it really be? 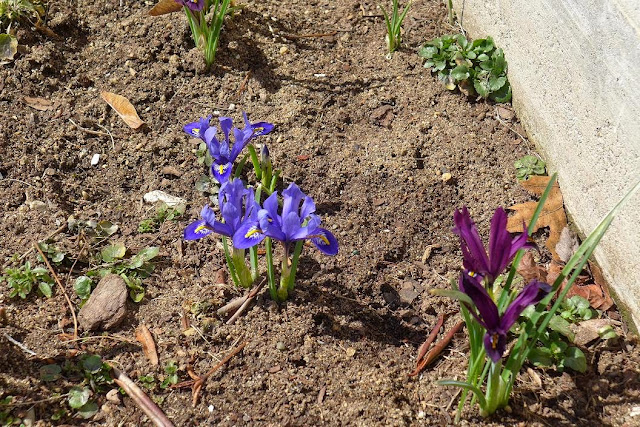 Just below the kitchen window where the sun hits the hardest a couple of Crocuses have bloomed. 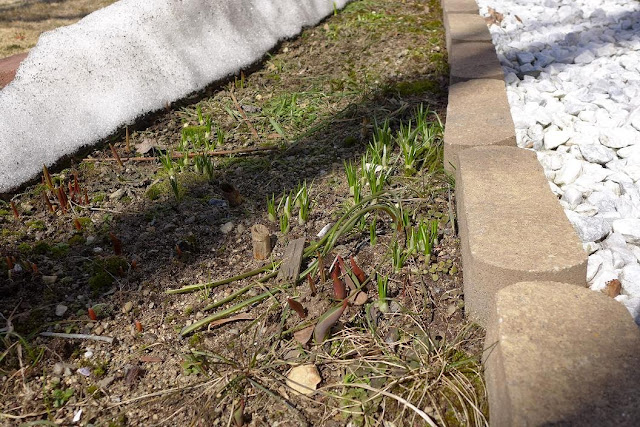 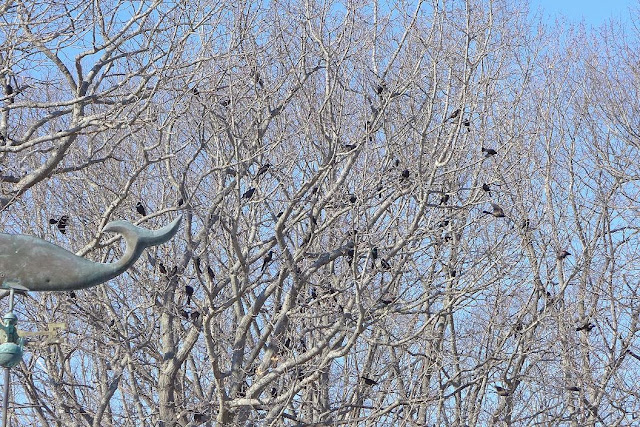 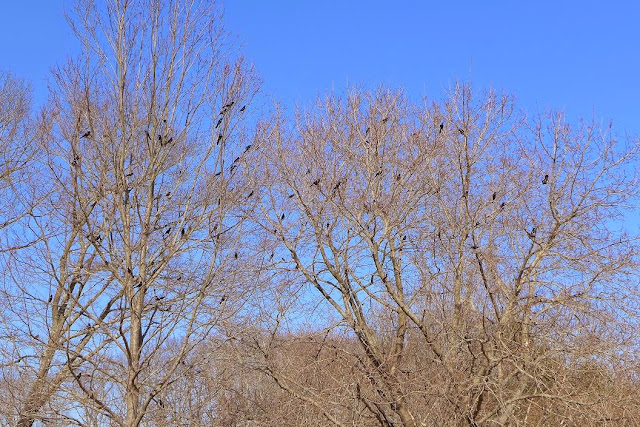 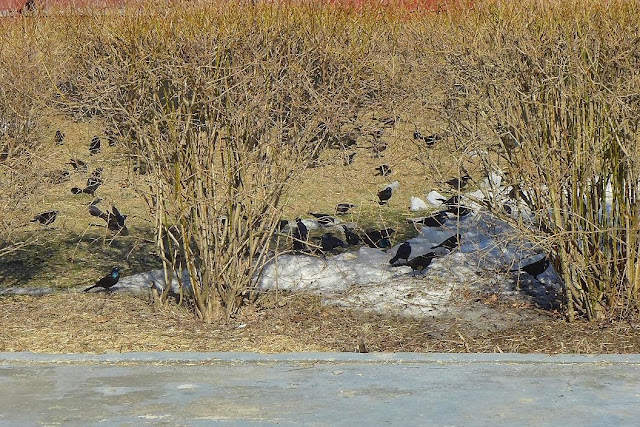 and comes in for the attack 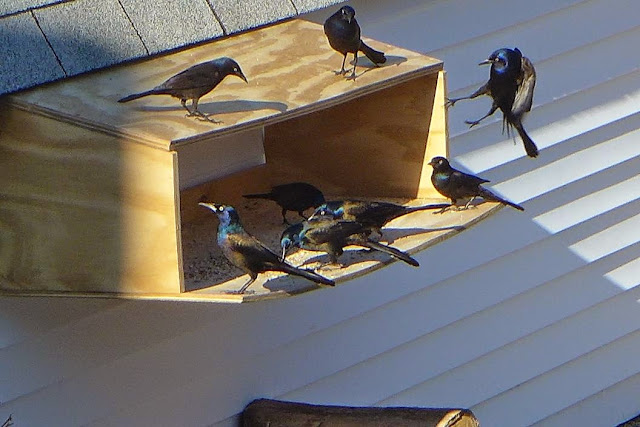 Cleaning up the bird feeder in no time flat 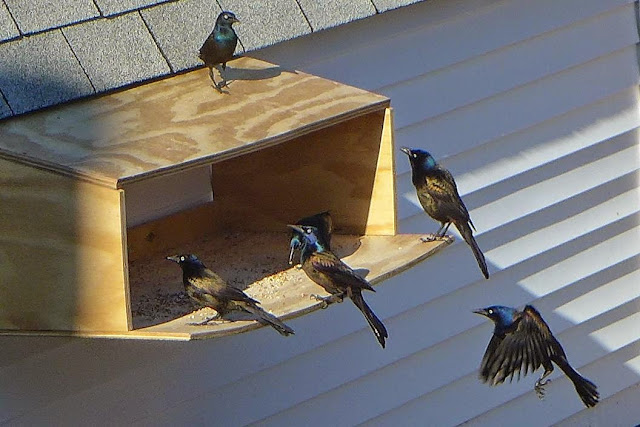 a sketchy crowd they are 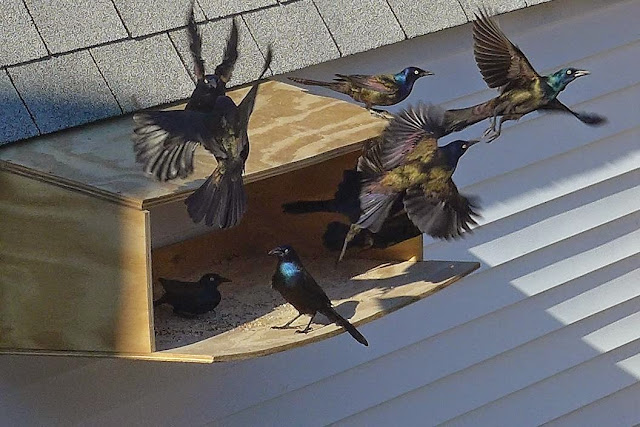 They are gone as quick as they arrived.

After 24 hours of rain on Sunday, the basement sump is now filling up quickly. 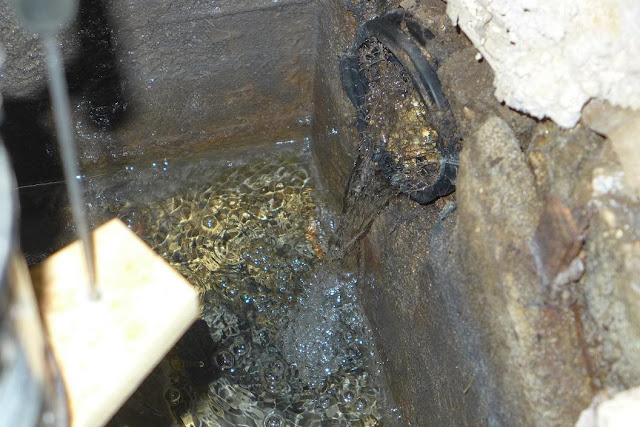 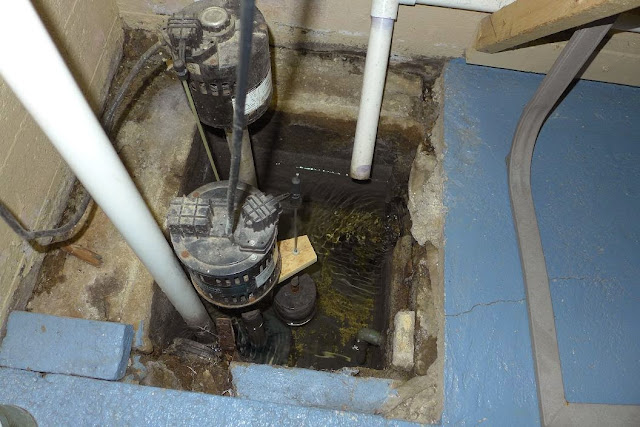 And it gets worse than that. Usually at the height of it, it takes less than 60 seconds to fill the 25 gallon capacity sump entirely. I have 2 staged pump so that if the first fails the second will kick in with only a half inch rise beyond what sets off the first one.