Last week when Annie went to use the vacuum cleaner it started making funny noises and smelling a bit odd , like something was getting way too hot inside . So it was time for some exploratory surgery . 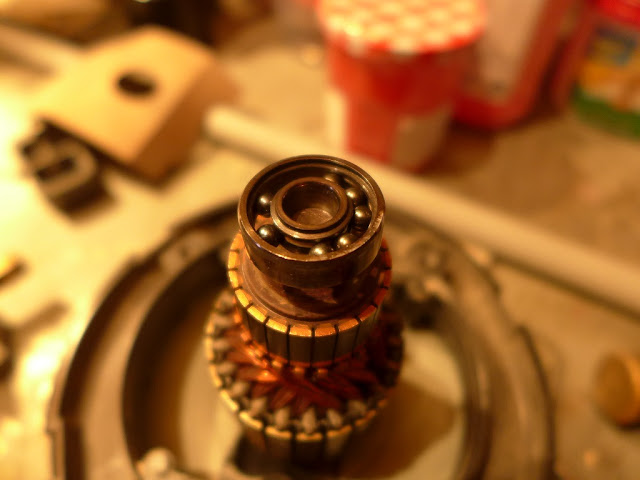 Dug into it and found the top bearing on the motor was toast . Seals were gone and it had a nice blue color indicating it had severely over heated . Not surprising as we have owned it for about fifteen years and we bought it used . 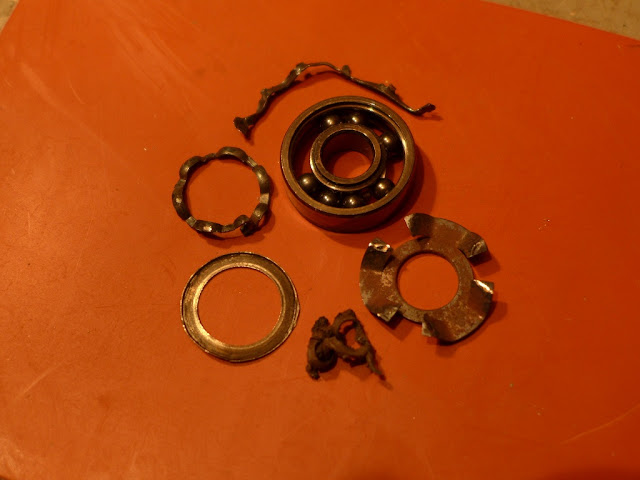 After removing the bearing from the rotor shaft and dissecting it I found these assorted cooked bits . 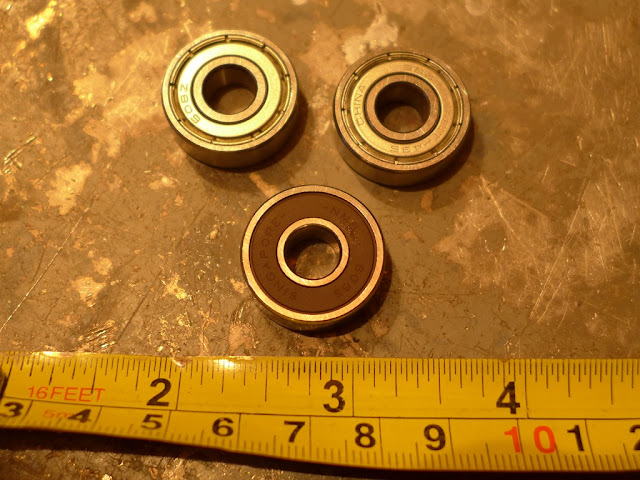 I pulled the lower bearing as that one was quite stiff and hard to turn indicating it was near failure as well . A quick run to the local hardware store provided me with two new bearings . The 608-S bearing with a 22 mm outside diameter and a 8mm bore is one of the most common out there, found on just about every roller skate and skate board ever made . The new ones are marked Z instead of S and have a stainless side seal instead of the Viton rubber of the old ones . All I can find on the web is that the Z indicates a 35 thousand rpm and a higher temperature rating which should be good enough for our need . 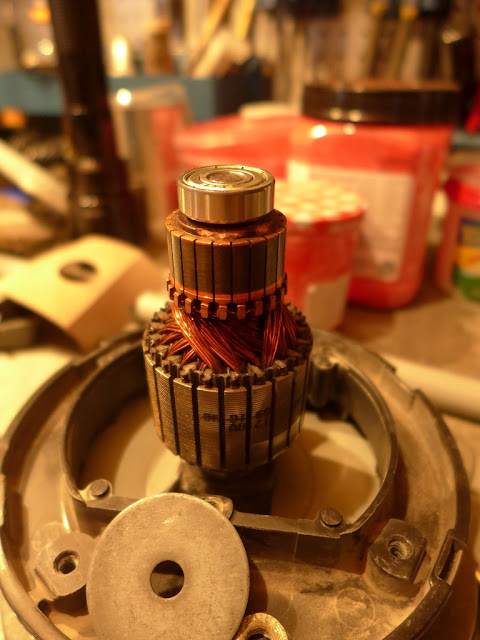 Careful reassembly using a small socket to tap the inner race of the bearings on to the rotor shaft without damaging it , gets it back in place where it belongs .

Reinstall in the machine , reinstall the stator and . . . . 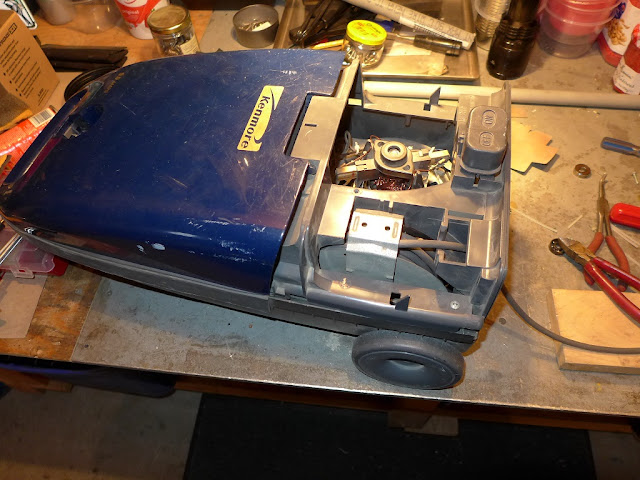 . . . reinstall the other plastic bits 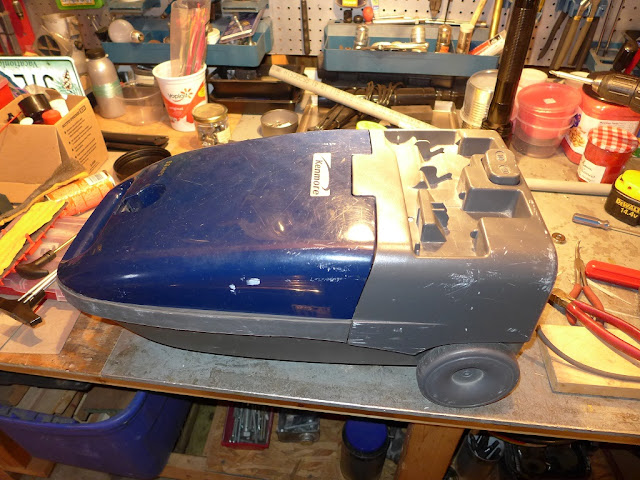 And voila , back in working order , and much better than spending three hundred dollars on a new ghost busters look-alike machine . Like Red Green said ; if you are not handsome, you might as well make yourself handy .