For the house this time , as the one that has been on it for the last ten years was only a quick and dirty makeshift aluminum sheet job that got forgotten for too long and was beginning to rattle in the wind a bit too much .

So I scrounged through my stock of scrap steel to see what I could come up with and found some gray two inch wide channel iron I must have dumpster dove for at some point long enough ago to have forgotten about . 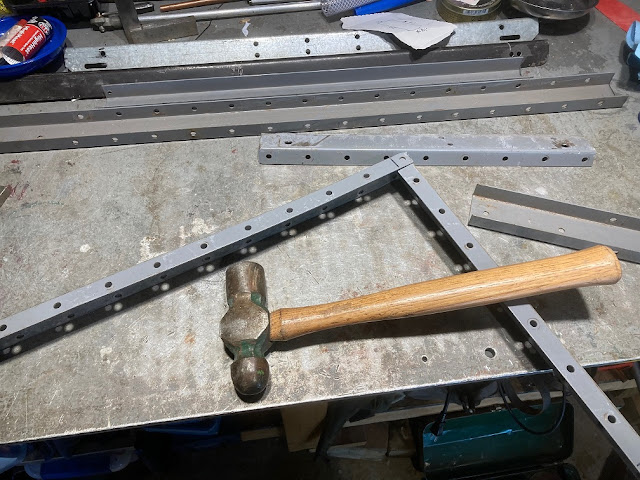 After some measuring and cutting , some beating with the two pound hammer to fold one flange over 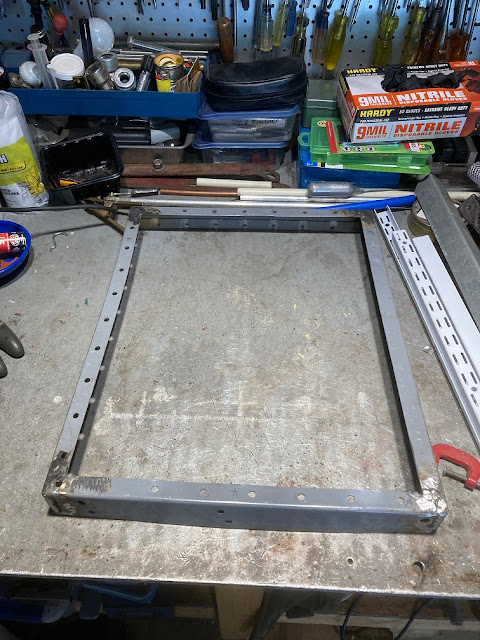 I tack together a roughly sixteen by twenty inch frame with my chinesium stick welder so it fits over the top of the chimney . 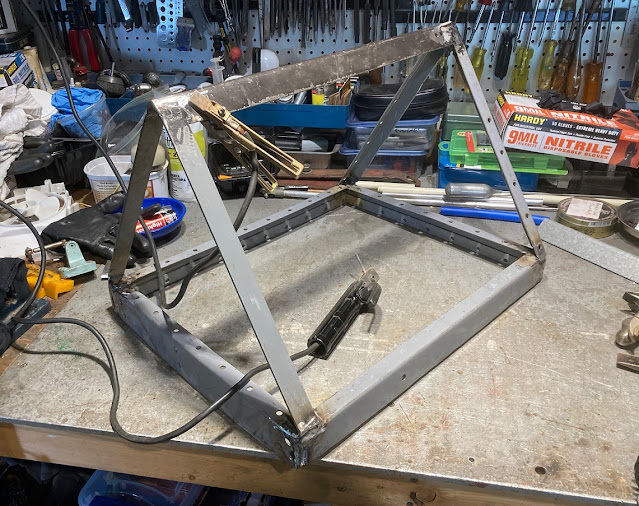 And after some more fiddling come up with this rig . The sharp eyed among you will recognize the ridge as part of an old box spring bed . 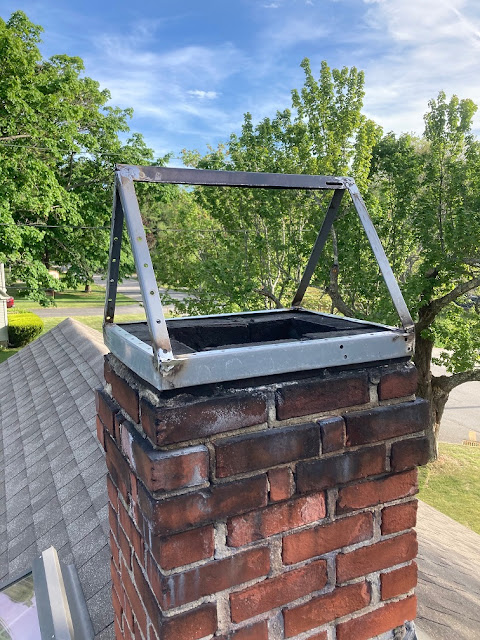 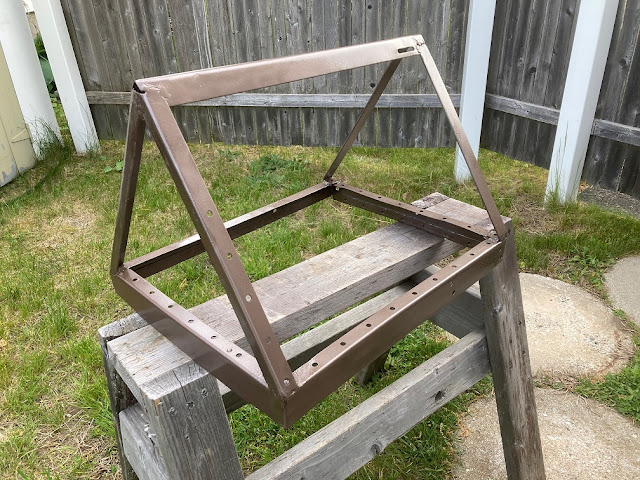 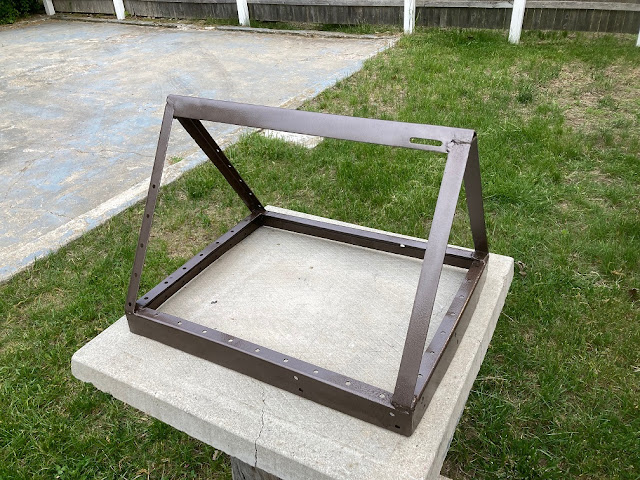 If you don't stand too close it looks OK , yea the front of the frame has a curve to it to fit the corresponding curve in the bricks on the chimney . 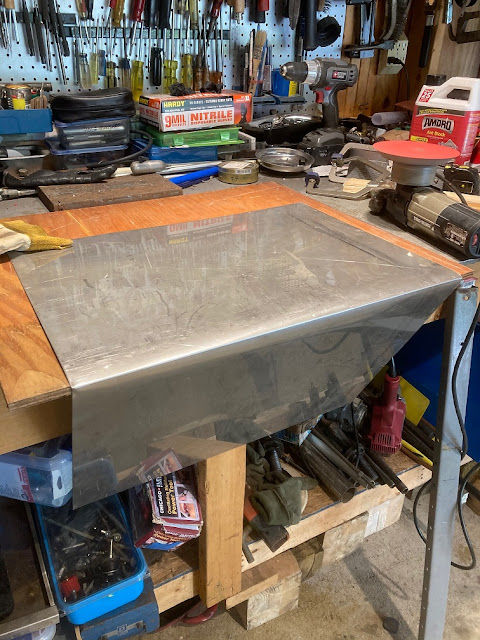 Cut , score and fold some 20 ga stainless steel sheeting I rescued from a dumpster a few years ago . 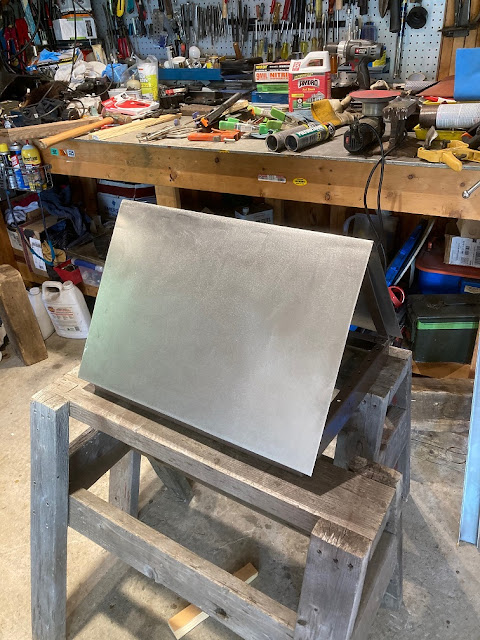 120 grit in the random orbital sander buffs out most of the scratches and gives it the brushed look . 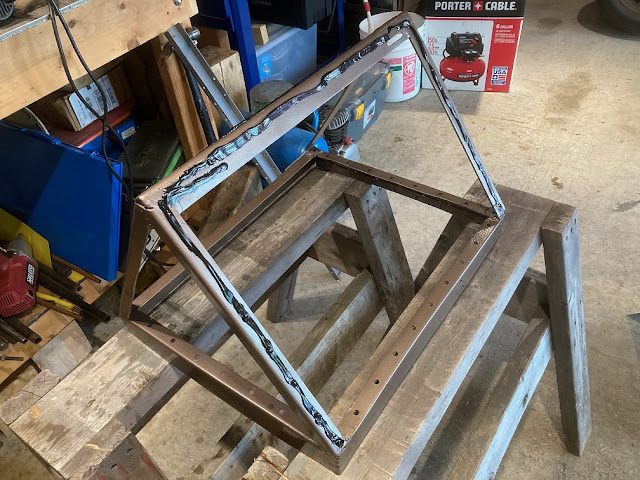 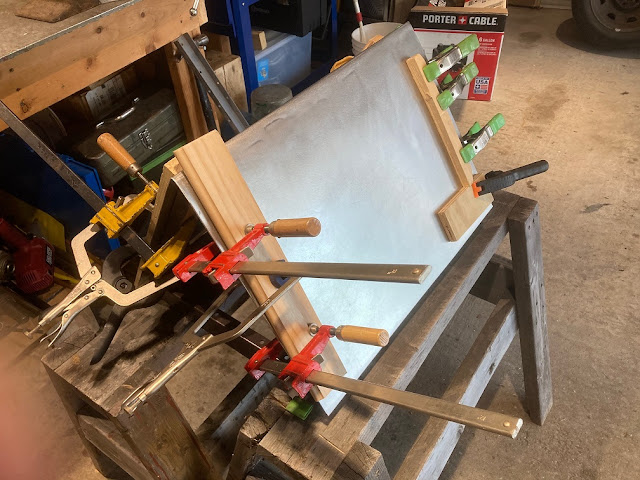 And clamp the crap out of it overnight 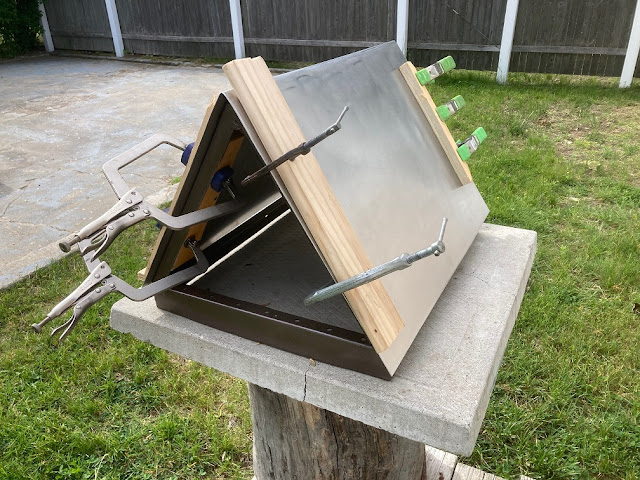 Next morning set it out in the sun for a couple of days to cook-off the polyurethane a bit . 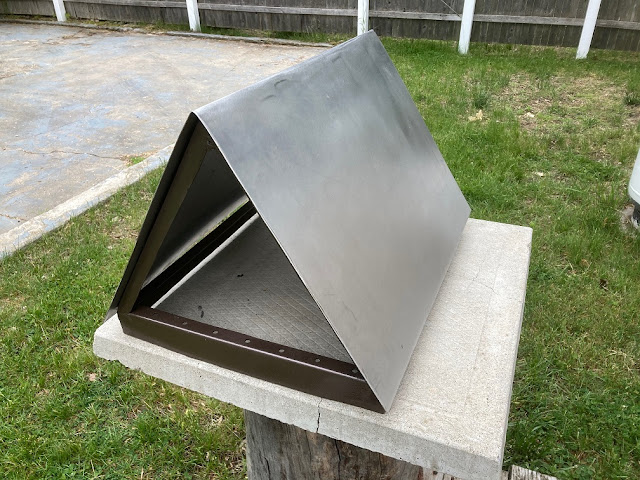 Built like a brick out-house, not bad for a hack , almost looks like we knew what we was doing . 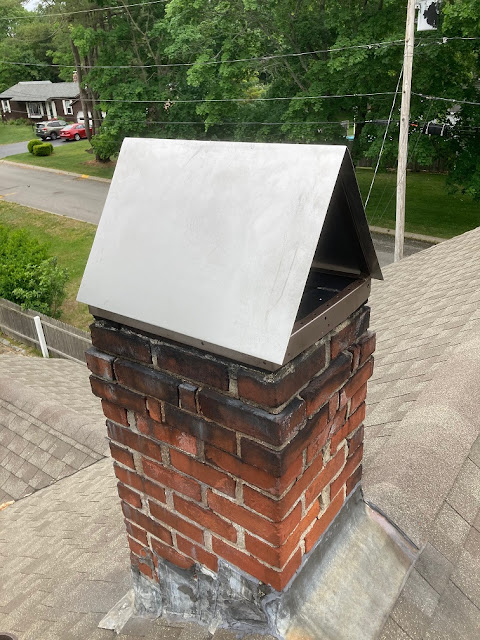 And it even fits the chimney 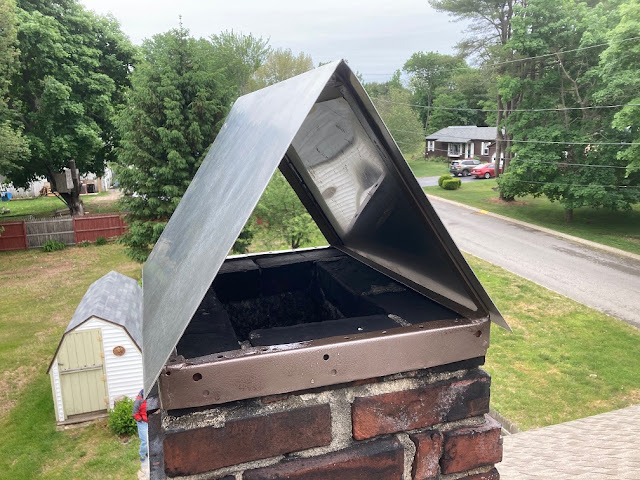 See that's the curvy side where back in 1937 the brick layer was polishing of the last six-pack , fits perfect . 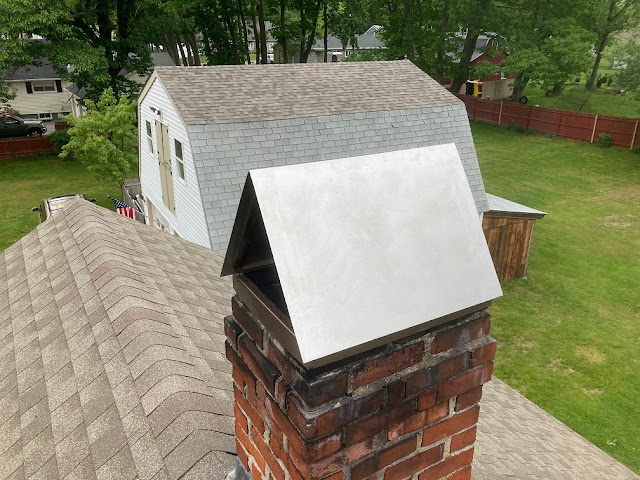 And the gratuitous shot showing my two-toned roof job on the barn . 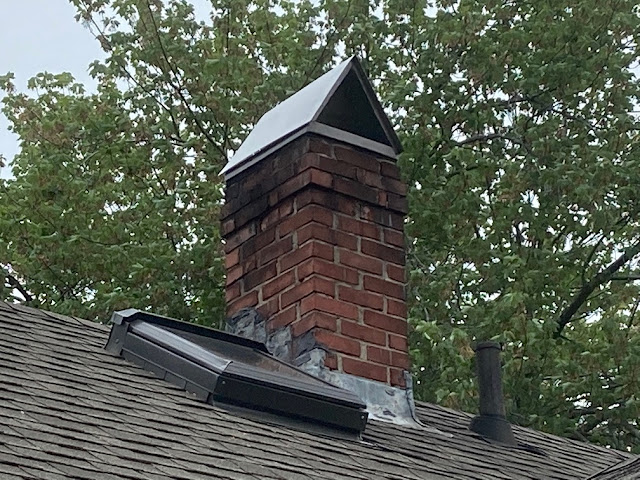 I love it when a plan comes together , no more rattling in the wind , and it will likely outlive me .