Saturday we made the forty mile run up to the Fryeburg fair grounds in the old Volvo. 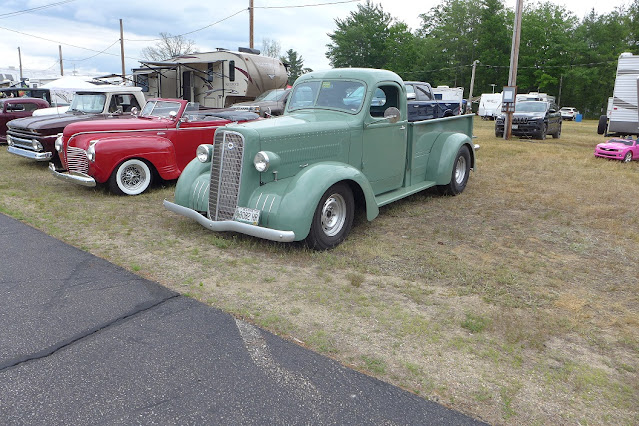 A relaxed affair with a bunch of custom rods camping out for a few days at the fair grounds. 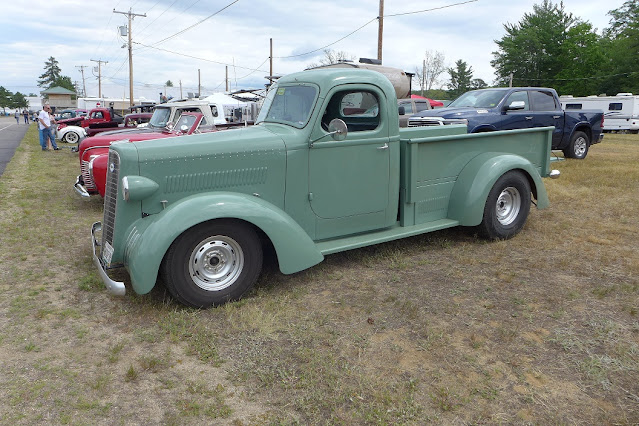 My favorite of the show . 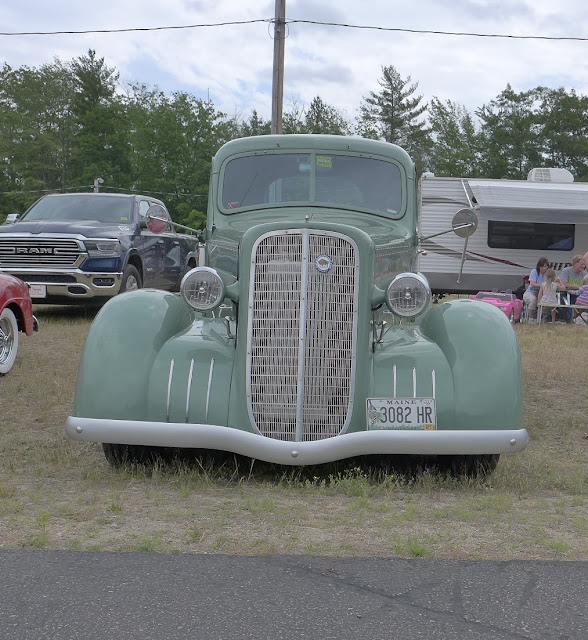 I really could not identify what it was 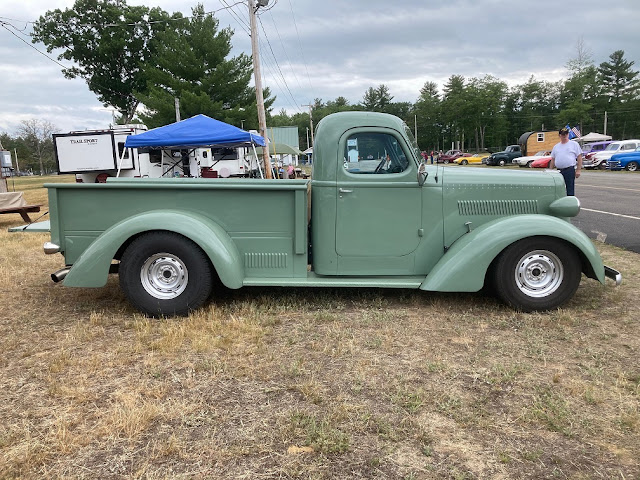 The running gear and engine are from a late model Chevrolet pickup . 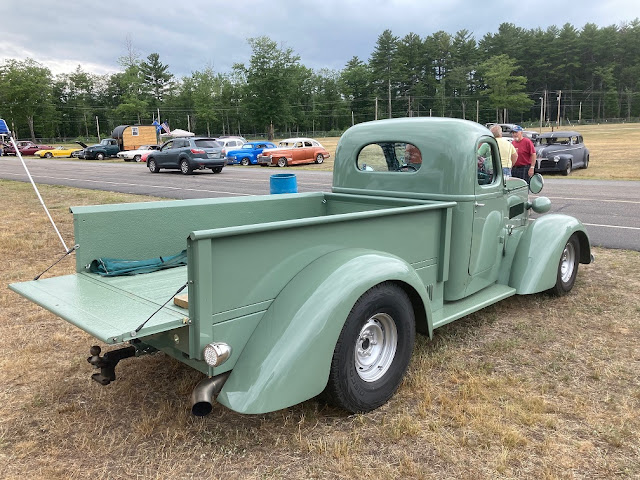 It has a electric-hydraulic operated dump bed too . 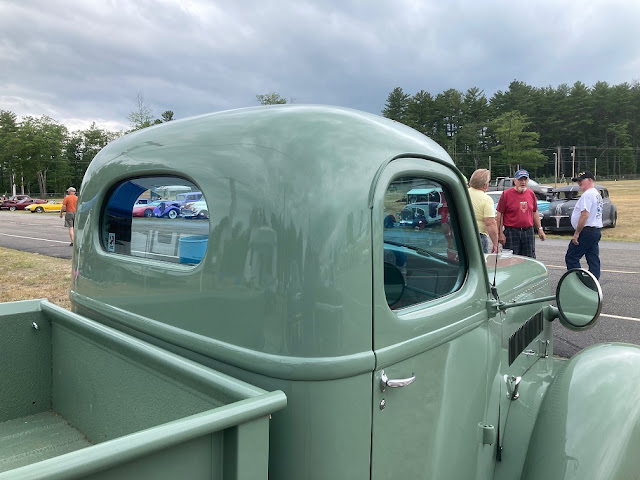 The lines and proportions were all wrong for anything I was familiar with . 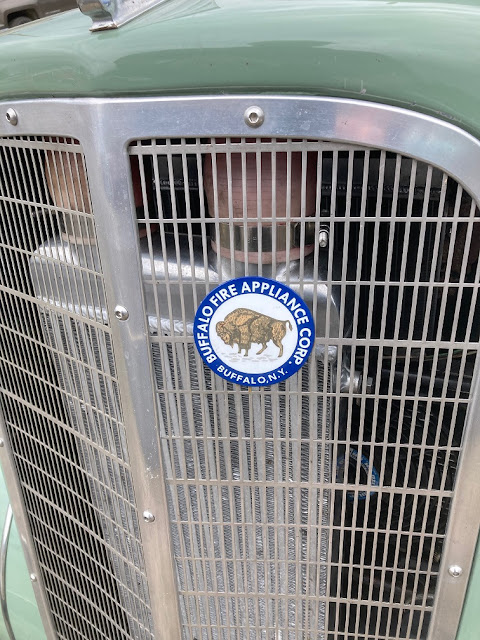 Until I queried the builder and he pointed at the badge I had previously dismissed . The cab, hood and fenders are from a Buffalo fire truck . A custom coach builder that built fire trucks similar to American-LeFrance . All the panels are hand made on an English wheel and no two are exactly alike . 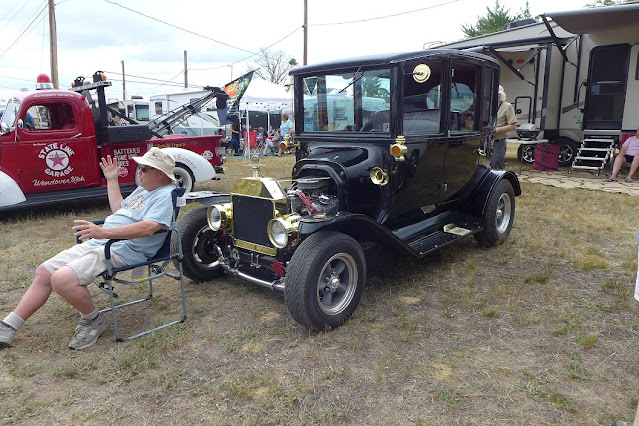 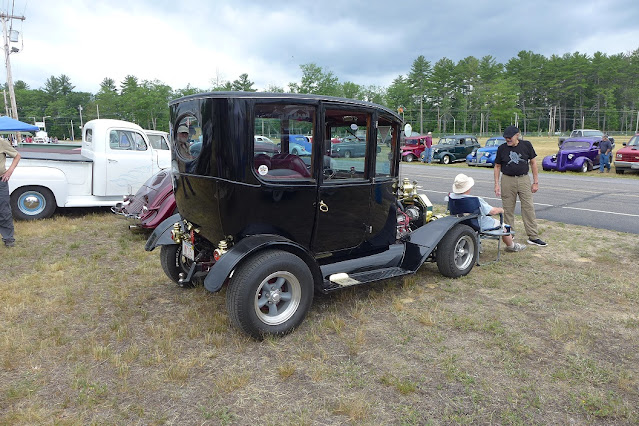 I'd never quite appreciated the high windows on the early Ts . Makes it all look a bit like a funeral car . 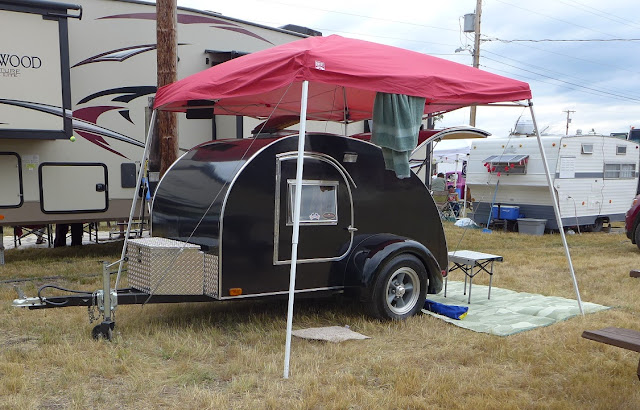 He was towing this little teardrop camper rig 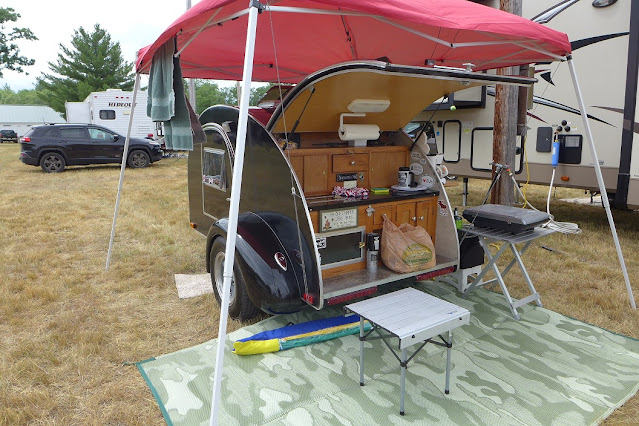 The thing even had an small house air-conditioner built into the roof . 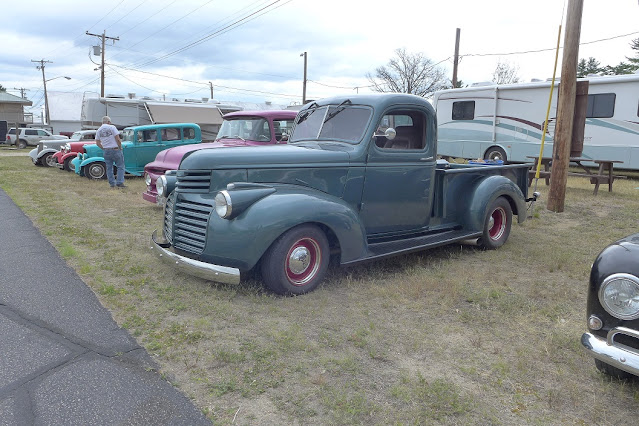 We had  parked among the trucks , that's us on the right margin of the photo 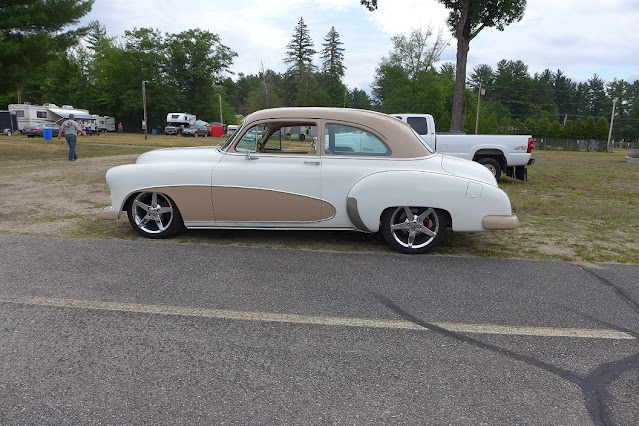 There were all manner of custom jobs 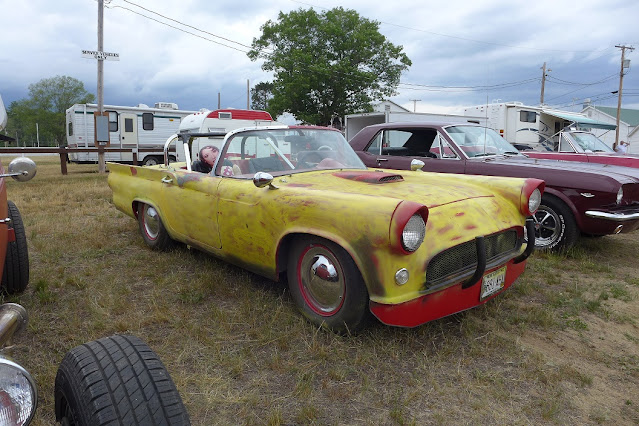 Even a T-bird rat rig with a blow up doll as a passenger . 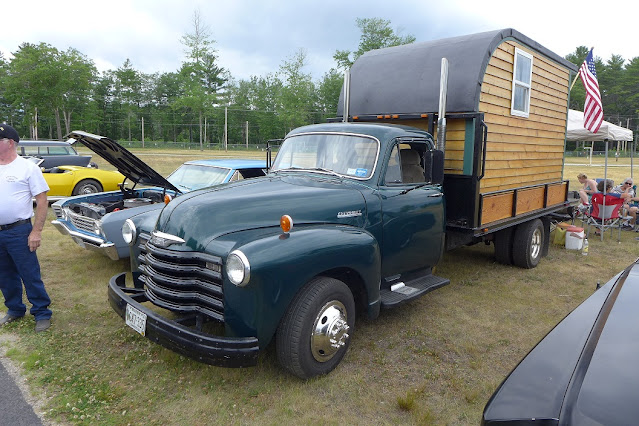 A Home made camper rig on a Chevy flat bed 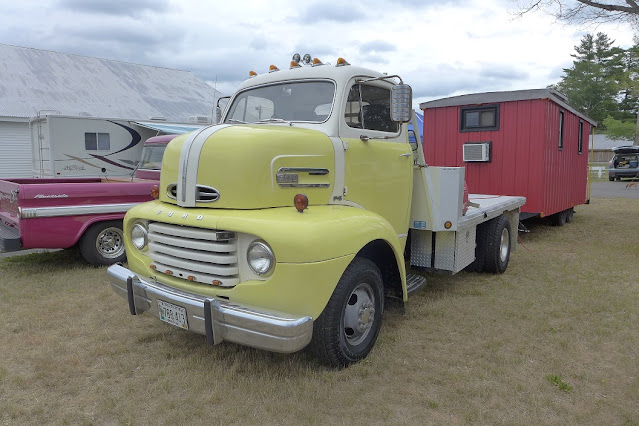 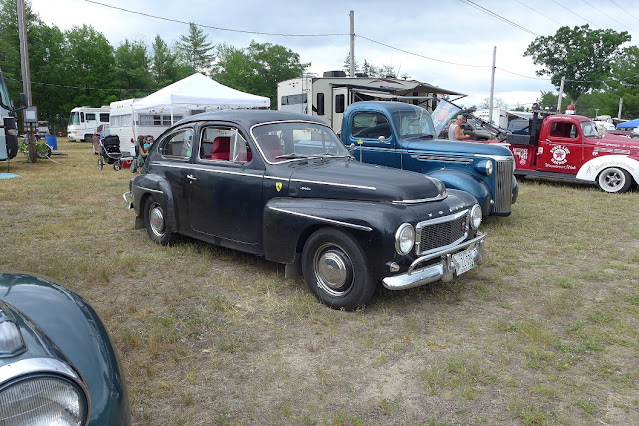 I think we were the only non-hot-rod there . Spent a couple hours looking at the cars and chatting with the builders and were back home by three pm .