My friend Alejandro Zapata in Badajoz Spain recently acquired a few old guns. The first of which is an old shotgun inherited from his grandfather. He knows little to nothing about it. I have asked for further detailed photos of the breech markings to possibly help figure out what it is. 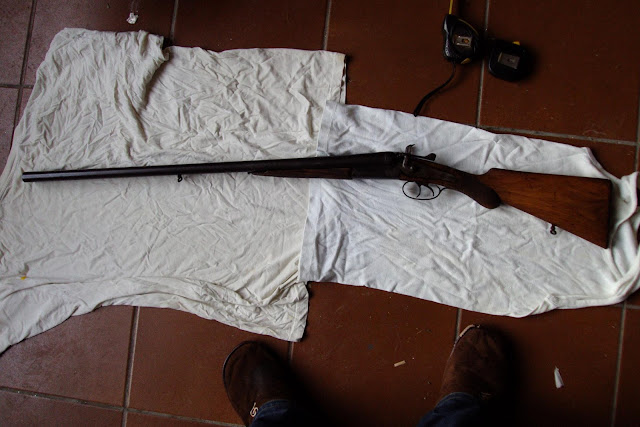 Anyone with pointers as to what it may be or how to proceed do chime in. 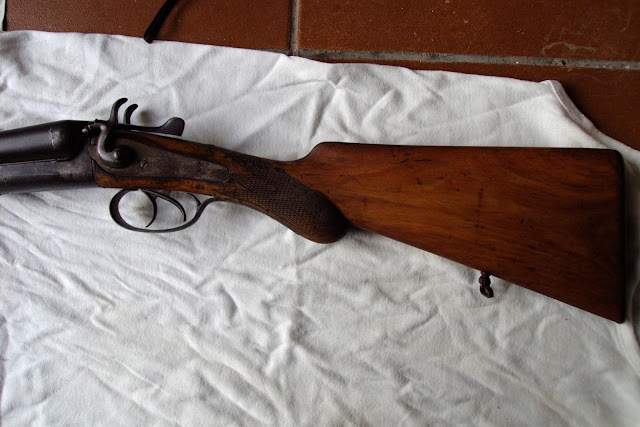 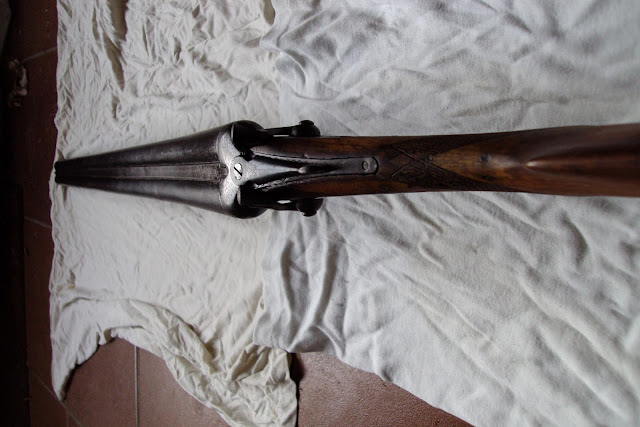 obviously it has seen better days 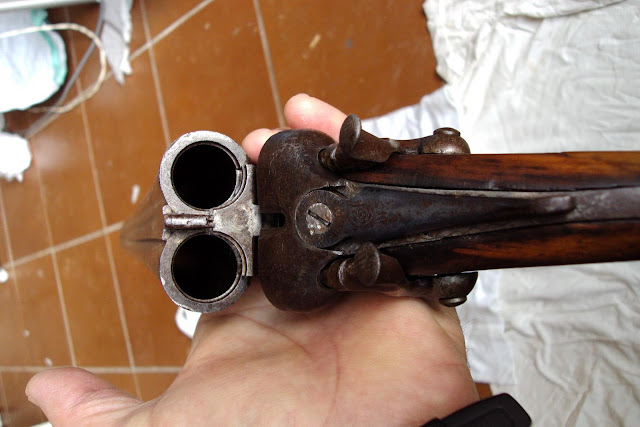 As he is a police officer in Spain, guns often come his way from friends and family seeking to dispose of firearms. He has amassed a nice collection. An other recent acquisition of his is this little Star DKL in 9mm short (.380 ACP) a gift from a friend. 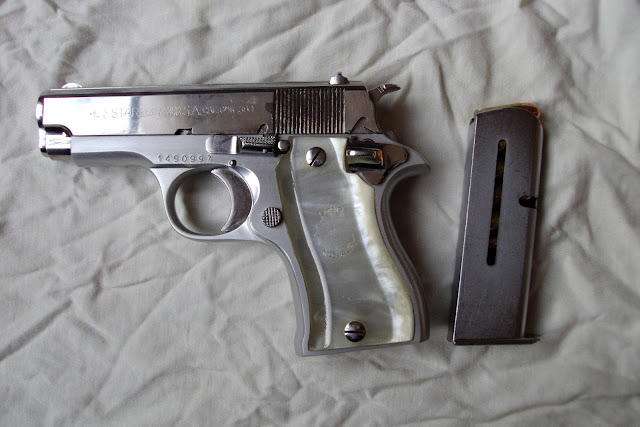 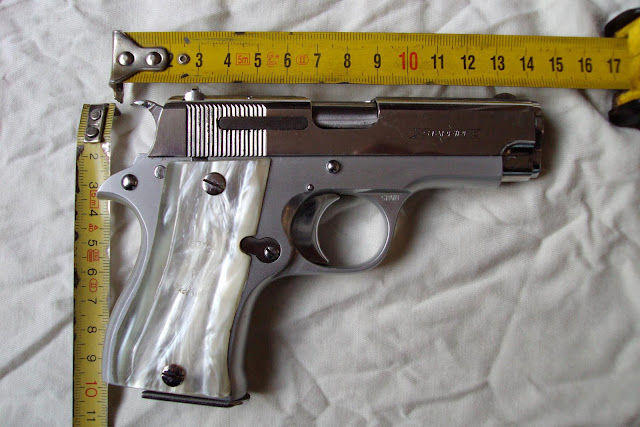 And then there is also the Charola y Anitua, a civil war relic family heirloom again recently inherited from his grandfather. 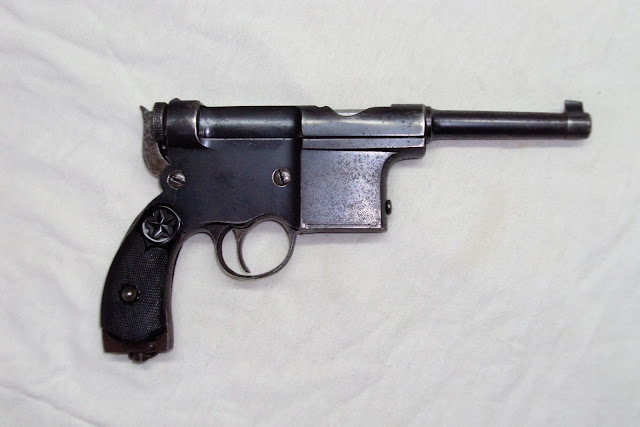 Caliber is an oddball bottleneck type cartridge in 7x18 mm 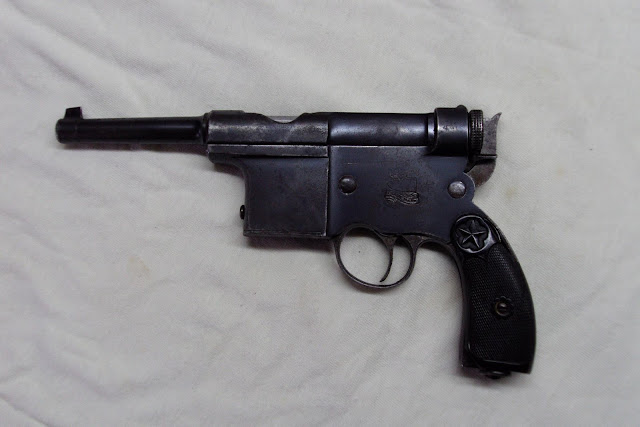 It will be a struggle to find or make the correct ammunition for it. 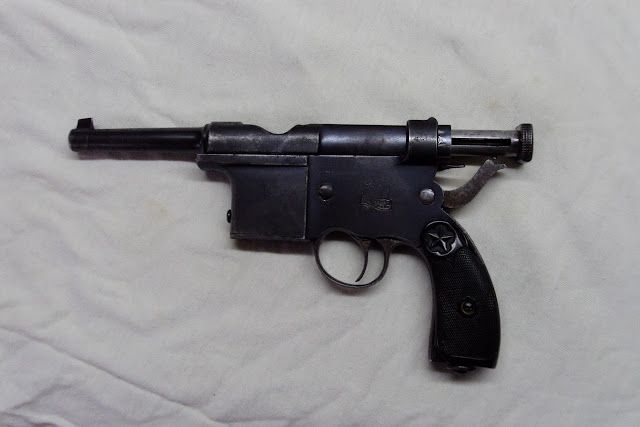 The Charola-Anitua is an early Spanish semi-auto pistol dating from 1898 and produced only until 1905. A derivative of the Belgian Bergman, the mechanism of the Charola is similar in principle to the Mauser C96. 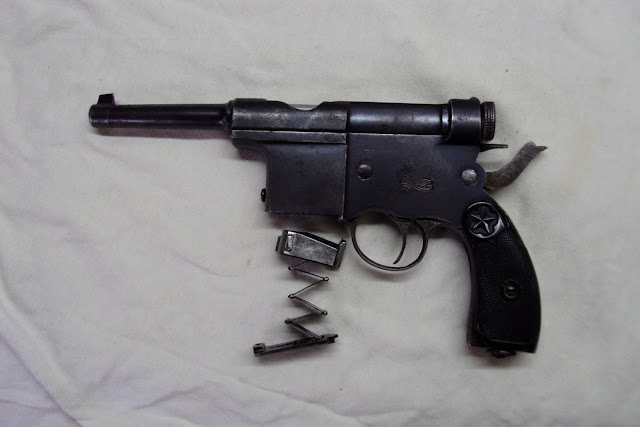 The Charola was manufactured in several calibers, including 5mm Clement and 7mm. A total of about 3,000 guns made in 5mm and 2,000 in 7mm. The 5mm used a six-round fixed magazine with stripper clips, while the 7mm was made in both fixed and detachable magazine variants. 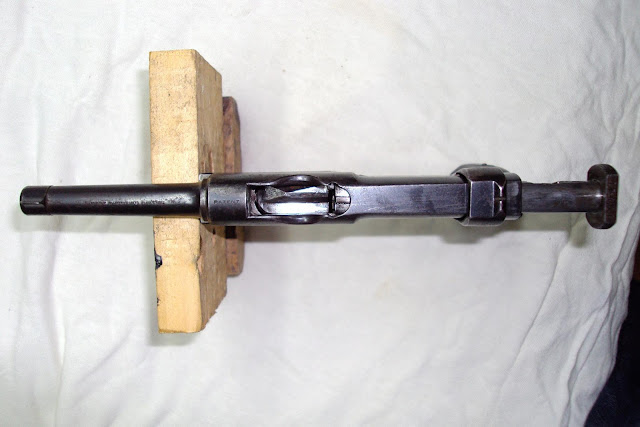 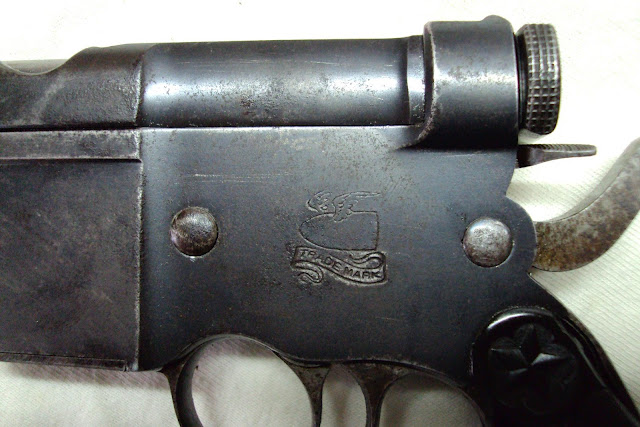 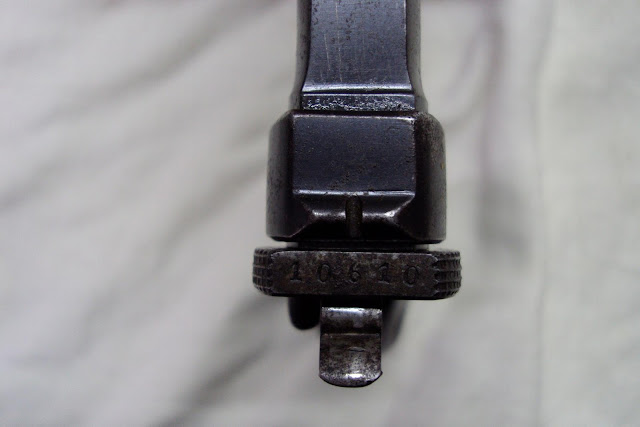 The "best shooting pistol" inscription reveals this to be a Belgian late production Charola Y Anitua. 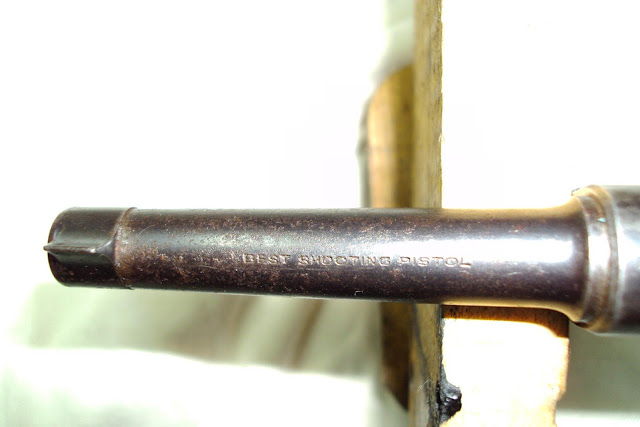 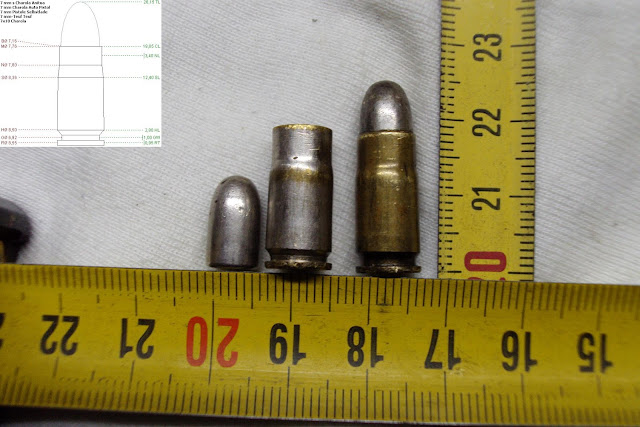