Stealing some inspiration from Tom Gowans at Hippo On the Lawn I made my own version of his Muamba da Galinha. An Angolan peasant dish made of chicken bits in peanut gravy. 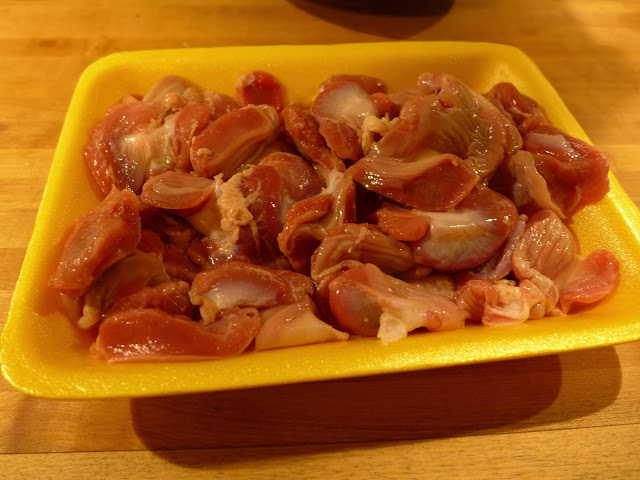 He uses feet and wings, but having found a cheap tray of gizzards along with 3 drumsticks at the supermarket I figured that would work as well. 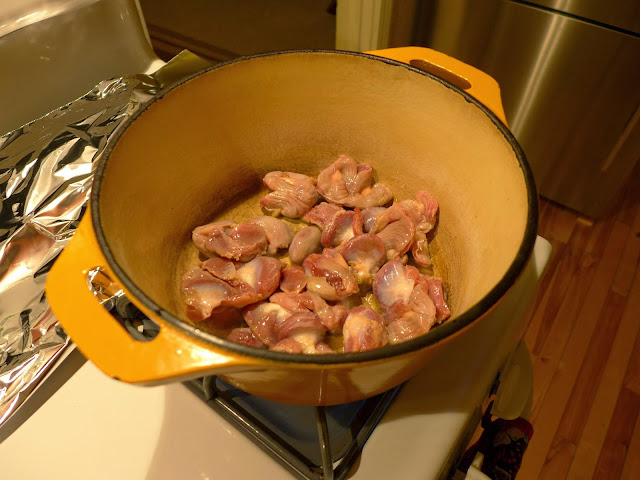 Brown the gizzards in some of thursday's duck fat 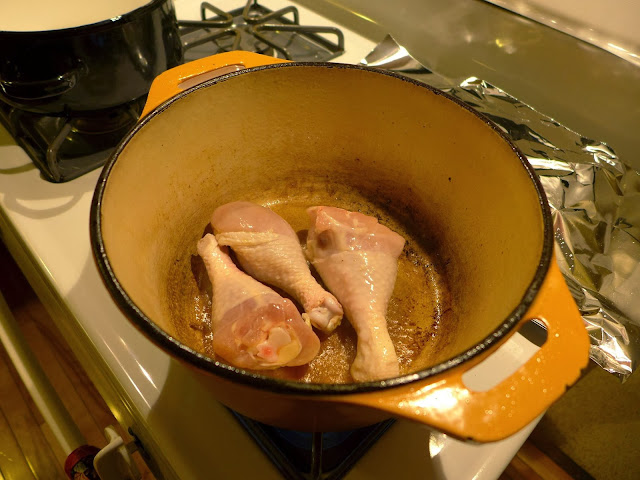 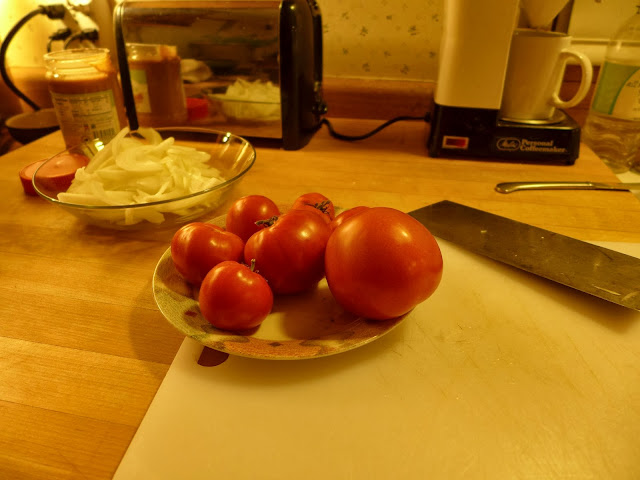 Chop up one large white onion, some garlic and the left over tomatoes from this summer's patio crop. 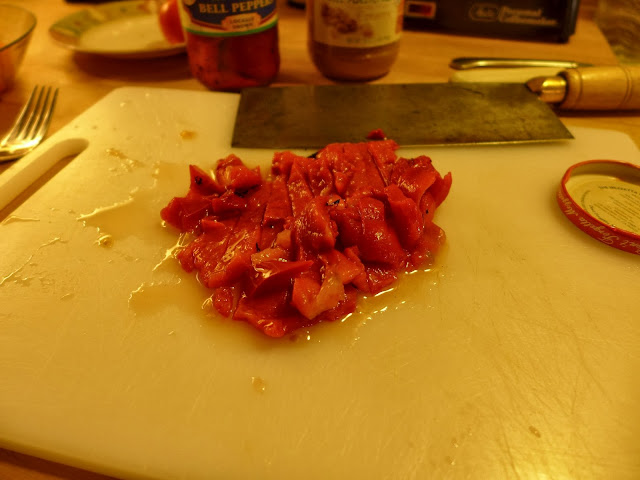 and a handful of roasted red peppers 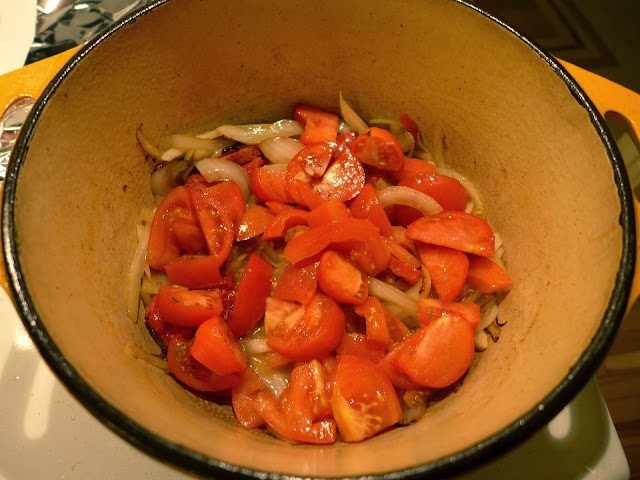 Brown the onions and garlic a bit, then add the peppers and tomatoes. In the meantime boil up three cups of water and one cup of unsweetened peanut butter in a separate pot til its all nicely dissolved and makes a nice creamy sauce. 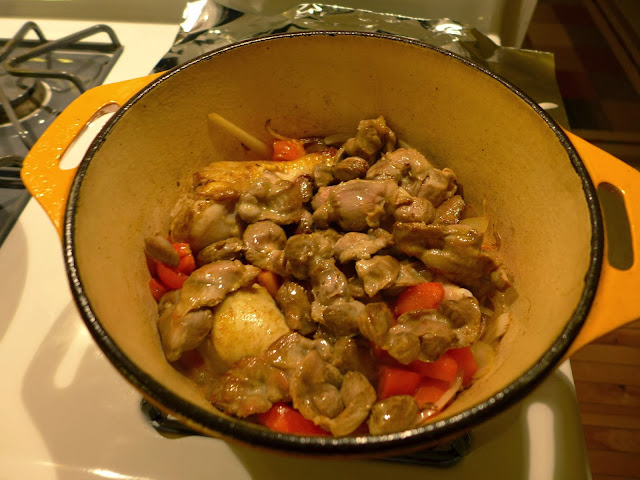 Add the chicken bits back in the pot with salt an pepper to taste . . . 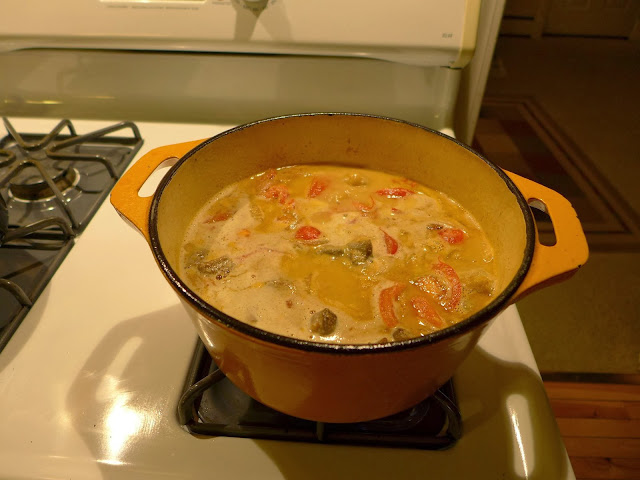 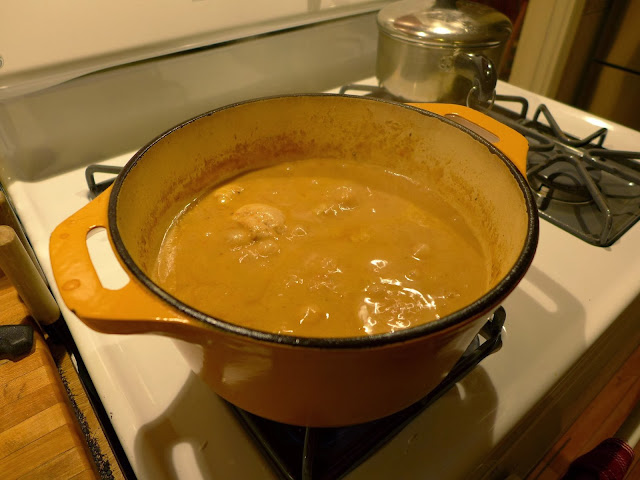 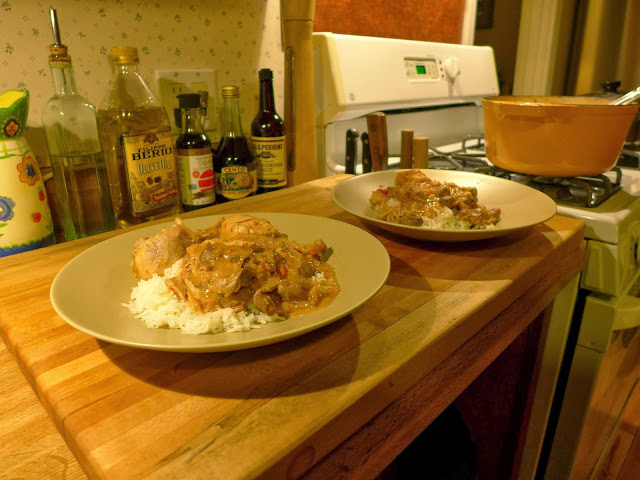 . . . . and serve over white rice . . . . It was a total hit . . . a bit of cilantro and chives would have added the extra touch of contrast.
Next time I will use 2 trays of the chicken gizzards as those were better then the drumsticks.